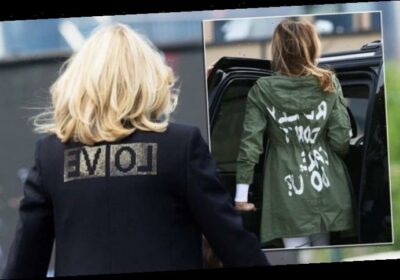 One Twitter user drew the comparison between the pair, noting “How it started, how it’s going.” They shared the two images, comparing the messages on the jackets.

Twitter users rushed to the replies to leave their messages.

One wrote, referring apparently to Jill Biden: “Oh, she is good! Beautiful, classy, smart. What an upgrade!”

Another said: “Dr. Biden is going to be a great, respectable First Lady.”

Referring to Melania’s jacket one commented: “The one on the left is more punk rock.”

“Wow…doesn’t that just say it all,” one wrote. 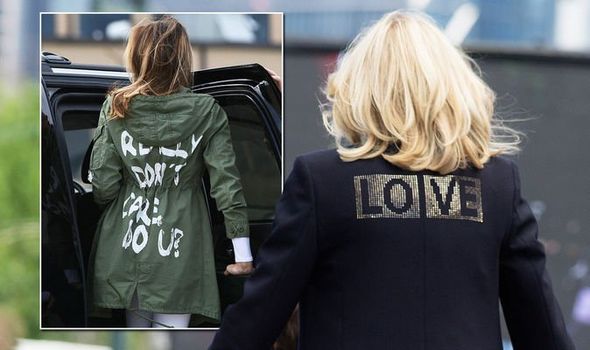 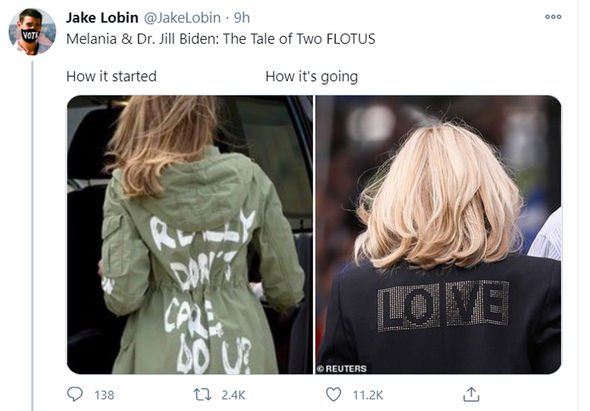 Jill, 69, wore the black jacket all the way back in May 2019 while supporting her husband at a rally.

The blazer is thought to have been a reference to the nickname for the city where Jill was, the city of Philadelphia, which is also known as “The City of Brotherly Love”.

It’s not the first time Jill has been thought to have sent a message with her dress.

She wore an Oscar de la Renta dress for her husband’s acceptance speech after he became president-elect.

She wore the embroidered gown, which costs $5,690. It was noted at the time that the dress was designed by immigrants to the United States.

It was created by Fernando Garcia and Laura Kim, both immigrants to the United States.

Oscar de la Renta himself was also an immigrant from the Dominican Republic.

Many took this to indicate Jill Biden and her husband’s more pro-immigrant stance, compared to that of Donald Trump.

Melania, 50, courted controversy with her jacket back in 2018.

The former-model wore the green parker to visit migrants at the US-Mexico border. 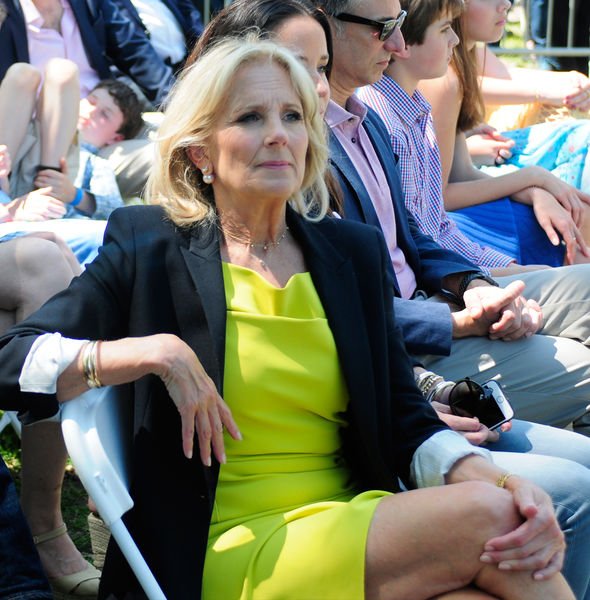 Many commented at the time the message seemed insensitive given the gravitas of the First Lady’s visit.

At the time the mother-of-one was defended by her spokesperson Stephanie Grisham.

“If media would spend their time & energy on her actions & efforts to help kids – rather than speculate & focus on her wardrobe – we could get so much accomplished on behalf of children. #SheCares #ItsJustAJacket”.” 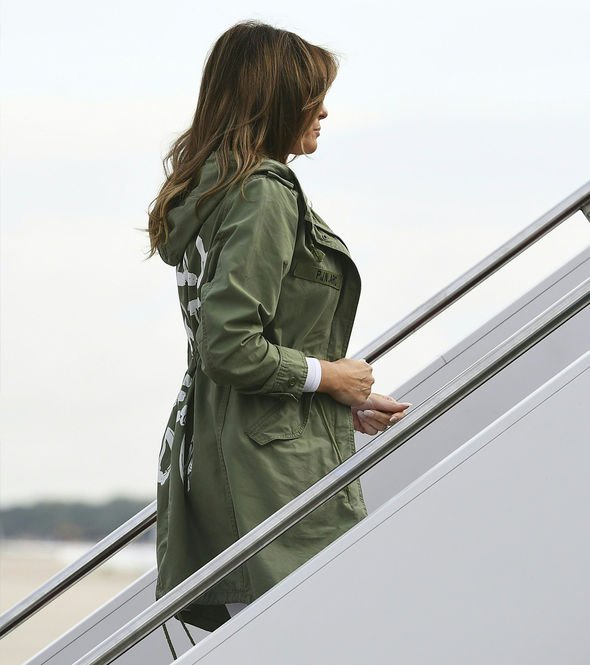 Donald Trump said after the visit: “(Melania) came home and told me a couple of things. She said it’s a very sad situation, very, very sad.”

She wore a white jumpsuit from American designer Ralph Lauren.

The white hue was likened to the white worn by the suffragists when campaigning for the right to vote.

A body language expert analysed Melania and Jill with their husbands, giving Express.co.uk her professional opinion.

Judi James claimed Jill “Jill shows more valid power signals in terms of working as a team with her husband.”

The expert said Jill will bring a “strong family vibe” to the role of First Lady and is a “more active as fan and supporter” to her husband.