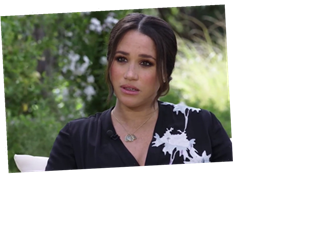 THE Queen has finally broken her silence over Prince Harry and Meghan Markle's bombshell interview with Oprah Winfrey, extending an "olive branch" to the couple.

Making claims of racism at the heart of the royal family and giving their side of the Megxit row, Harry and Meghan shocked the world when the interview was broadcast on Sunday and Monday night.

The Queen initially delayed her response to the biggest crisis to hit to the Royal Family since the 1936 abdication but Buckingham Palace tonight finally put out a statement.

It said "The whole family is saddened to learn the full extent of how challenging the last few years  have been for Harry and Meghan.

"The issues raised, particularly that of race, are concerning.  Whilst some recollections may vary, they are taken very seriously and will be addressed by the family privately.

"Harry, Meghan  and Archie will always be much loved family members."

The sign off of the response signals a desire to make amends, but out of the spotlight, royal author Phil Dampier claims.

He said: “By saying Harry and Meghan are lucky loved family members she is throwing out an olive branch and pleading with them not to say anymore and to calm down and start to build bridges."

During the bombshell conversation with America's biggest celebrity interviewer, the couple revealed explosive inside information about the Royal Family and also gave their side of the Megxit story.

Meghan admitted that she had suicidal thoughts during her early days in the Royal Family and that she begged in vain for mental health support.

The Duchess also dramatically disputed widely reported claims that she made Kate Middleton cry before her wedding with Harry, claiming that in fact Kate had made HER cry and later apologised for doing so.

Halfway through the interview Harry joined Meghan to say he is terrified of "history repeating itself" following the tragic death of his mother Princess Diana, and admitted he feels "let down" by his father's lack of support.

The couple also claimed Archie mysteriously wasn't made a prince shortly after a disturbing conversation with an unidentified senior member of the Royal Family who expressed "concern" over his skin colour.

For full details and analysis of the sensational interview, follow our live blog below.