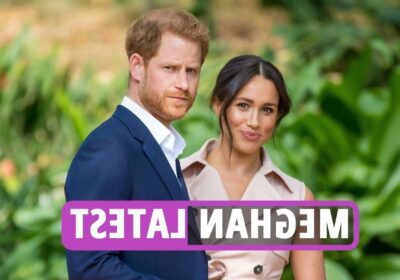 PRINCE Harry's candid interview with Oprah will air tomorrow – and will also feature a host of Meghan Markle's celebrity friends.

Harry, 36, teamed up with the US chat show powerhouse for the upcoming documentary The Me You Can’t See.

The Duke is set to drop more "truth bombs" in the series on mental health,which drops on Apple TV+ this Friday.

An insider told the New York Post: “One of the episodes is very personal … deeply.”

The first trailer for the series, which begins later this week, was released yesterday – featuring new footage of Meghan and Harry together.

Meanwhile, a royal expert has said there is a “very real danger the Queen will never see grandson Archie again”.

Her Majesty, 95, has not seen Meghan Markle and Prince Harry’s two-year-old son since they moved to Canada in November 2019.

Read our live blog below for the very latest updates on Meghan Markle and Prince Harry..