Since her wedding to Prince Harry in May 2018, Meghan Markle has looked comfortable as she has carried out her royal duty at various royal engagements. On top of this, the Duchess of Sussex has always looked the part and has been spotted in a number of chic outfits over the past year. Meghan has worn outfits by the designer, Dior, four times in the last four months alone. The reason she has done this could be surprising, fashion expert, Bethany Hamer, has revealed.

Recently, the Duchess stepped out in a vintage Dior coat as she attended the christening of Zara Tindall’s daughter, Lena Elizabeth.

Wearing designs by the French designer, Christian Dior, could be Meghan’s subtle way of appearing more royal, according to Bethany, who is Online Fashion Editor at Jules B.

Bethany told Express.co.uk: “It is no surprise that Meghan has opted for Dior, mirroring the choices of royals before her.

“Princess Diana was iconically photographed in a Dior slip dress at the Met Ball in 1986.

“Princess Margaret wore a Dior Haute Couture gown to her wedding in 1959.”

Bethany explained that Dior is a designer heavily involved in royalty and Meghan has copied that as a simple nod to members of the Royal Family before her. 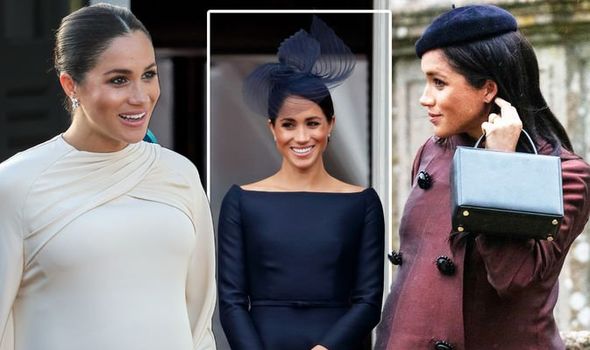 Christian Dior admired all things British and the Royal Family responded well to this, according to Bethany.

His use of expensive fabrics and focus on luxury made him a default designer for members of the Royal Family and Dior designs became part of this. He become recognised by royalty and is now associated with them worldwide.

The fashion editor said: “Dior is favoured by royals in the UK and amongst the international families too.

“Dior has become a default designer amongst the aristocracy for its timeless elegance, making it an ideal choice for royal occasions.”

By opting for these outfits, Meghan could be associating herself more with the royals. 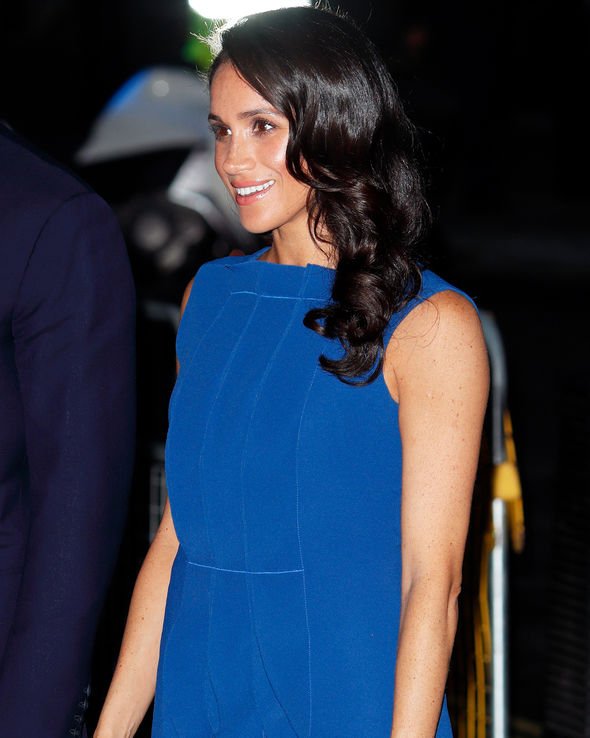 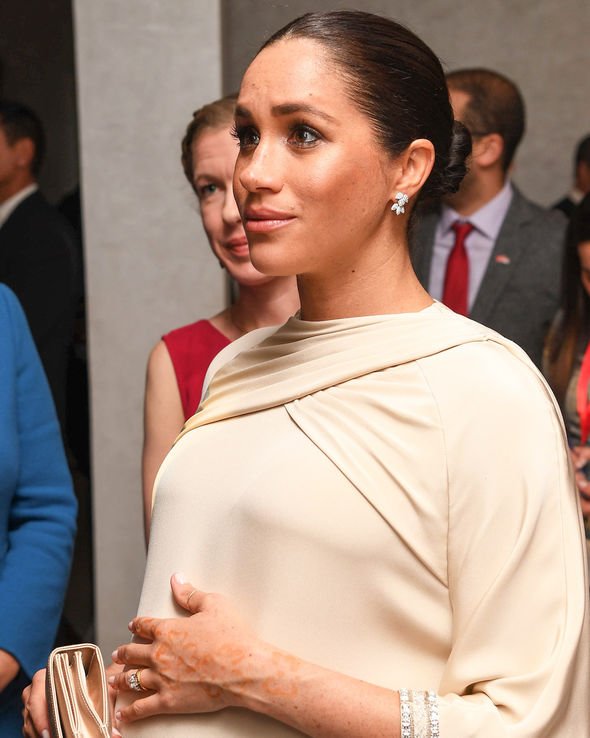 Throughout her pregnancy, Meghan wore blue more than any other colour – but why was this?

Wearing blue could be a sign of professionalism and a nod to Meghan’s new home of the UK, according to fashion expert, Laura Arrowsmith.

The fashion expert does not believe that Meghan would choose to reveal the baby’s gender through her styling.

Meghan has had a clear favourite designer throughout her pregnancy, but this was very different from Kate’s.

Kate’s favourite was affordable maternity brand, Seraphine, which she wore six times during her pregnancy with Prince Louis.