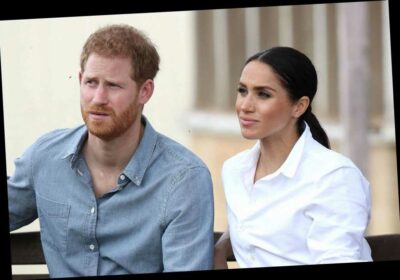 MEGHAN Markle and Prince Harry "let Britain down" by abandoning royal duties to live an A-list life in California, a new poll has claimed.

The survey by Savanta ComRes showed that nearly half of Brits were disappointed in the Duke and Duchess of Sussex' decision to step down as working members of the royal family.

This comes after the couple signed multi-million pound deals with Spotify and Netflix and agreed to a bombshell no-holds-barred interview with America's top celebrity interviewer Oprah Winfrey.

The news comes as a new update about Prince Harry and Meghan Markle's forthcoming Oprah interview proves it really will be no holds barred.

Royal fans will be shocked to learn than Oprah's producers have requested archive footage of Meghan's estranged half-sister Samantha, suggesting the Duchess may well be asked about a rift in the Markle family.

The nugget of information was revealed yesterday by Holly Willoughby, who said Oprah's crew had contacted This Morning staff for permission to use a clip from one Samantha's often decidedly anti-Meghan interviews.

The couple's bombshell interview with Oprah is due to be aired on March 8 in the UK and will no doubt be viewed by hundreds of millions of people around the world as they break their silence on Megxit.