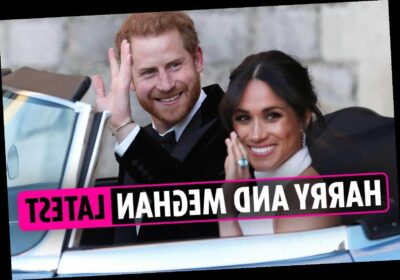 THE Queen has offered a shock olive branch to Meghan Markle and Prince Harry by inviting them to her birthday parade.

The newly vaccinated Queen is hoping to get "back to business" as soon as she can and is planning to host Trooping the Colour in London on June 12 to mark her official 95th birthday.

And despite Meghan and Harry missing several key events over the past 12 months, including Christmas and Remembrance Sunday, the Queen is expected to invite the runaway royals to attend the celebrations.

Harry and Meghan have had a controversial 12 months. After abandoning royal duties the UK citing privacy concerns, the pair have since shamelessly exploited their fame to open multi-million deals with Netflix and Spotify.