WE think we speak for everyone when we say there's nothing worse than driving all the way to McDonald's for your nuggets fix – only to find you've accidentally been given Chicken Selects instead.

Earlier this year, our hearts went out to the poor bloke who tried to remove all traces of salad from his chicken burger and was left with a box of ketchup – but this fuming McDonald's customer has officially one-upped him. 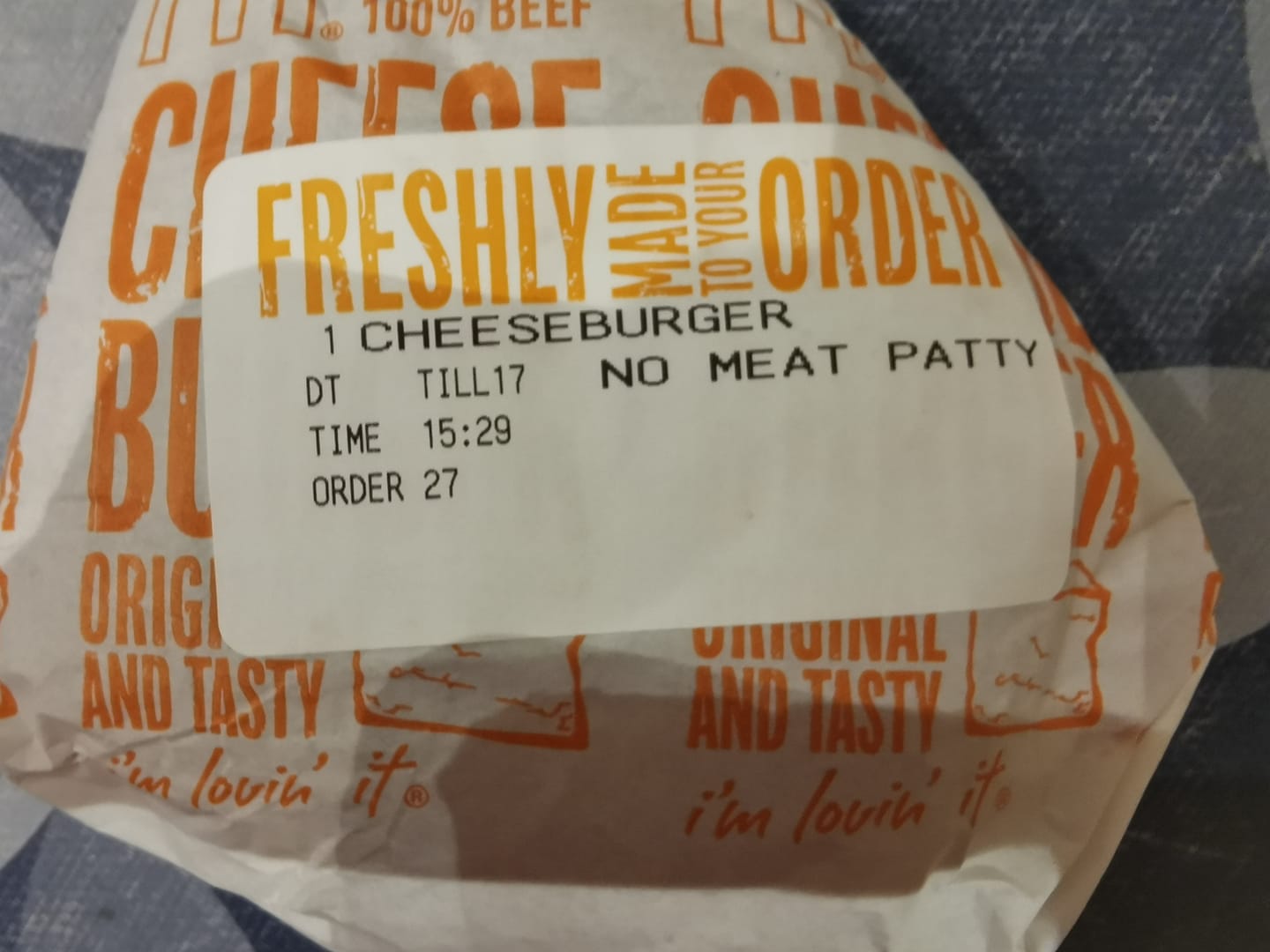 Posting on McDonald's official Facebook page earlier this month, the vegetarian explained how she'd ordered a "meat-free" cheeseburger – and was rightly miffed when it arrived containing just one gherkin.

She wrote: "Today I asked for my usual 'cheeseburger with no meat' and they gave me this thing… Bread with some sad condiment on top."

The woman then posted pictures of her VERY tragic burger which was slathered in ketchup and missing two key components.

After realising her veggie patty had been forgotten, she fumed: "Where's the cheese?" 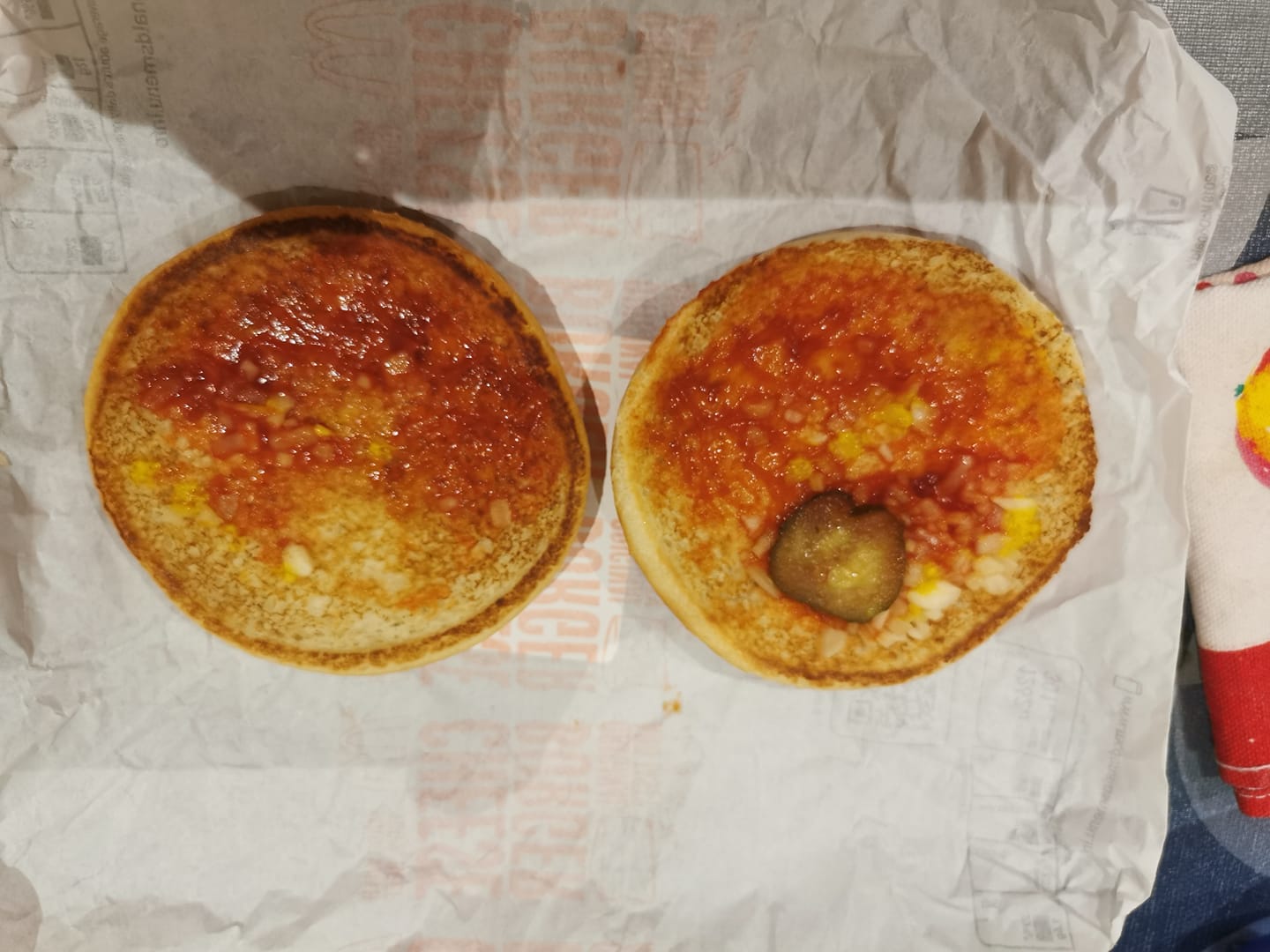 To make matters worse, the burger had the correct label on and the woman raged: "It seems someone in the kitchen lacks eye for detail or perhaps doesn't know how to read?"

What's more, this isn't the first time it's happened.

"Last time I ordered the 'cheeseburger with no meat' and I received quite the opposite," she wrote. "Meat with the condiments wrapped up in the paper which had the correct label but someone read it the other way around? How is that possible??"

Unsurprisingly, the post caught the attention of the McDonald's customer service team who promised to look into her complaint ASAP. 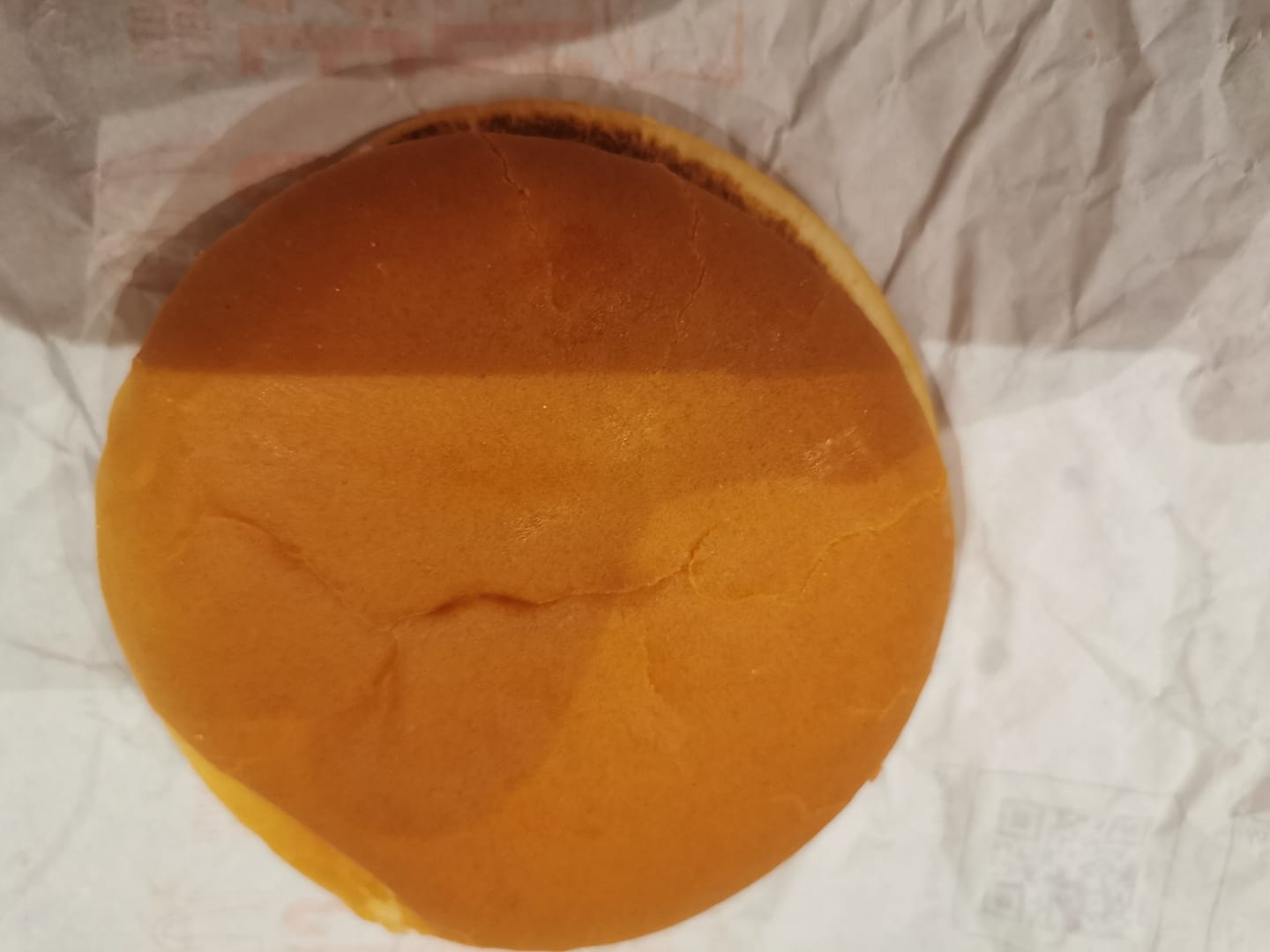 However, other users on the page found the post hilarious – and shared their own McDonald's fails.

While one bloke posted a photo of his "no cheese" burger covered in cheese, another said: "This has happened to me twice now!"

"Fast food outlet that specialises in meat products doesn't cater well for vegetarians," a third joked. "What a shocker!"

Earlier this week, a former McDonald's worker revealed how they get you to spend MORE at the till.

For more food tips, this mum revealed how she halved her food bill with these shopping hacks – including always buying a whole chicken.

And this McDonald’s fan shared their clever hack to customise McRib & says it’s ‘the best burger I’ve had at Maccies’.

Plus this chef revealed how to make a large Christmas turkey feed a family-of-four for TEN days & why you should always buy big.