Home » Fashion » Makeup Without the Markup

Makeup Without the Markup Some people are lucky enough to have one good idea in life that they then build into a successful business. Marcia Kilgore had five.

First, in 1996, she founded Bliss, a New York City beauty emporium with a cult following that mushroomed into a lucrative line of beauty products and later became the first North American acquisition made by LVMH, for an estimated $30 million.

Then there was the affordable bath, body and cosmetics brand, Soap & Glory, which became a staple of British bathrooms and was sold to the drugstore chain Boots Alliance in 2014. Next came an ergonomic footwear line, FitFlop; and then Soaper Duper, a vegan bath and body products label.

But it is her fifth company, Beauty Pie, that the 52-year-old serial entrepreneur believes to be her best idea yet.

“I’ve had some good ones in the past,” Ms. Kilgore said. “I’m proud of them all. But Beauty Pie? Beauty Pie eclipses the rest.”

Beauty Pie, which has its headquarters in London, began operations four years ago, is a buyers’ club for beauty addicts. Members pay a monthly membership fee for backdoor access to some of the world’s best fragrance, skin care and cosmetics factories, many of which supply big-name luxury brands that go on to charge sky-high multiples for the products once they are stamped with their logo. With Beauty Pie, members can get regular deliveries of Japanese skin cleansers and South Korean serums, Italian lipsticks and perfumes sourced from Grasse in France, all of which arrive in signature rosy pink packaging.

The idea came to Ms. Kilgore one afternoon in a Milan train station as she made her way back from a beauty manufacturing region in Italy known as Lipstick Valley. She had about $5,000 worth of free samples from local factories in a shoulder bag.

“I suddenly thought, ‘What if all the women who usually buy these products in Sephora or department stores could have this feeling that I have right now?’” Ms. Kilgore recalled. “That they were getting a great deal by cutting out the middlemen. That they could access beauty at real cost, meaning they could go on and afford and explore so much more in terms of great products. I knew making customers feel good like that had real power, even if it would also put some noses in the industry out of joint.”

After all, making clients feel good is what energized her businesses from the beginning. Ms. Kilgore was born in 1968 in Saskatchewan, Canada. Her father died when she was 11. Money was tight, and after high school, she moved to New York with $300.

For several years she worked as a personal trainer, and then, having taken an aesthetician’s course after recurring bouts of acne, Ms. Kilgore found a new niche: offering facials from her East Village apartment.

In 1996, she opened the Bliss Spa in SoHo. A Vogue article waxed lyrical about her rubs, peels and wraps. Oprah Winfrey and Calvin Klein and Madonna became clients. The waiting lists for treatments like the Quadruple Thighpass and Double Oxygen facial with Ms. Kilgore were up to 18 months long. (In 1997, Julia Roberts told People that even she sometimes had a hard time getting an appointment.) 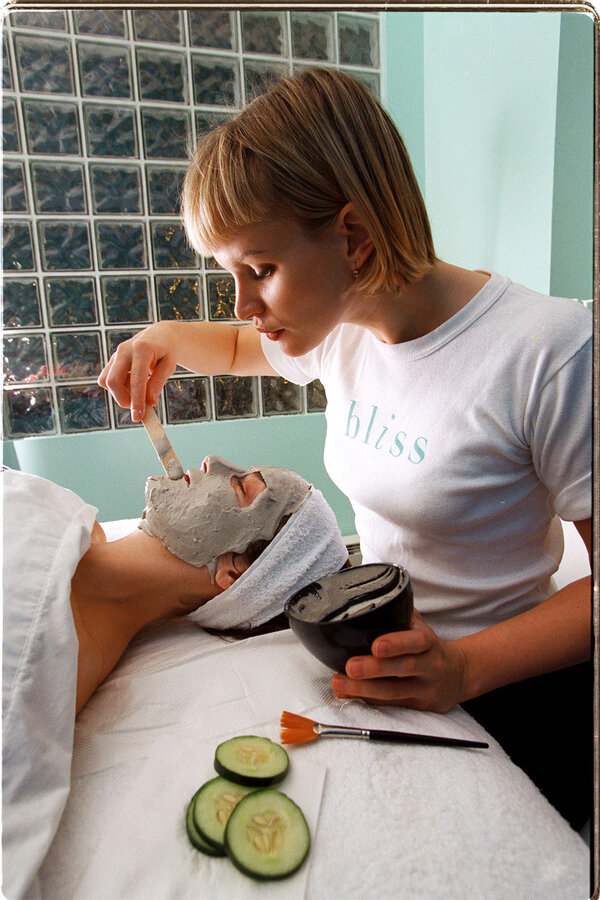 A kitschy best-selling product line followed, as did spas and a decade of 90-hour workweeks for Ms. Kilgore and her team, who would relax customers with King Kong videos in the electrolysis room and talk to them like old girlfriends.

“Bliss stood out as a brand because it had a personality that was quirky and interesting and different from everything else out there back then, just like Marcia herself,” said the beauty entrepreneur Bobbi Brown.

“She was also a shrewd pioneer who opened up a whole new lucrative sector of the health and beauty sector,” Ms. Brown said. “She has never been someone who is afraid of taking chances.”

With each of her ventures Ms. Kilgore appears able to bottle and then sell a moment in the beauty zeitgeist, an industry once dominated by a handful of global behemoths. In recent years, however, independent start-ups have proliferated, their success buoyed by innovative products, social media savvy and eager consumers.

Beauty Pie has arrived at a time when shoppers are more aware than ever of how and where their products are made and increasingly prize transparency from retailers. Online subscriptions, for toiletries and flowers and household goods, have also grown in popularity, particularly since the start of the coronavirus pandemic.

An annual Beauty Pie membership costs $99, or starts at $10 a month, which then includes lower prices on more than 300 products.

“At one point I thought I might need to get a bulletproof vest for ruffling the feathers of the beauty old guard with all this, that I couldn’t do it, that everyone might hate me,” Ms. Kilgore said from Geneva, where she lives with her husband and two children. With skin so luminous that it cuts through the fuzz of the Zoom screen, she is an alluring ambassador for her brand — including on social media, where she frequently offers tips and solicits feedback on new releases.

“But then I thought about it again,” Ms. Kilgore said. “This is about democratizing luxury beauty. It is about respecting the intelligence and needs of a customer I know I understand.”

If she had given in to her fears, she said, “I would hate myself. If you are almost too terrified to do something, there is usually a reason. The reason being it's a really good idea.”

Some industry observers have pointed out that for a Beauty Pie membership to make financial sense in terms of overall savings, the volume of purchases has to be well into the hundreds of dollars. Others have noted that at a time when the sector is heaving with innovation and choice, not all beauty aficionados will want to commit their beauty budget in one place, and that the multiple levels of membership could be confusing to some shoppers.

Ms. Kilgore said that since March memberships and revenue are both up significantly, though she declined to provide figures for the company. She did, however, disclose that Beauty Pie had recently taken on venture capital investment — the first time she has taken outside funding for any of her businesses.

“For the first few years I just put all inbound interest from investors in a folder,” Ms. Kilgore said. “But if you want to play in this arena and want to get the best talent hired into your business, then you do need to have that funding.” She noted that the money raised from Index Ventures, Balderton Capital and General Catalyst would be used in part to improve Beauty Pie’s technology operations and marketing reach and to increase its product range.

Danny Rimer of Index Ventures said that it took a long time to persuade Ms. Kilgore that it would be worthwhile to work with investors

“Marcia has built everything on her own until now, but we knew we had to convince her,” Mr. Rimer said. “There is nothing more important to an investment, early or late stage — even with a great product — than the entrepreneur behind it. We have to be convinced that this person has been placed on the planet to build their vision into a business.”

Ms. Kilgore described herself as a “wild workaholic,” albeit one whose usually relentless travel schedule had been curbed by this year’s lockdown measures. Lately, downtime has involved meditation apps, learning Mandarin and French, and going for hikes in the mountains near her home with a 45-pound vest. Not most people’s idea of relaxing, perhaps, but she said she wouldn’t have it any other way.

After the sales of previous ventures like Bliss and Soap & Glory made her wealthy, Ms. Kilgore had mulled taking a step back from the roller coaster of start-up life.

Then, she said, she realized that “working on how to bring people joy” is what makes her happy, “from the days when I did three part-time jobs to support my mom in high school or when I did facials sitting on a crate in my apartment and then watched my clients float out the door.”

“It just gives me the biggest thrill,” she said. “And I’m not ready to give that up.”