Home » Fashion » Loved It's A Sin? You can buy a 'La' T-shirt to support people living with HIV

Loved It's A Sin? You can buy a 'La' T-shirt to support people living with HIV 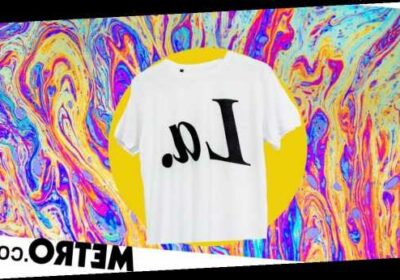 If you have already raced through the deeply moving new drama It’s A Sin, you’ll know that ‘La’ is the adorable catchphrase of the central characters.

And now, you can buy a T-shirt featuring this poignant little slogan.

Set in London in the 1980s and early 1990s, the Channel 4 show is an unflinching exploration of the realities of the Aids pandemic.

It’s A Sin tackles the fear, misinformation and homophobia of the time, alongside the brutal effects of the virus and the scale of the collective loss.

The episodes will definitely make you sob. And writer Russell T Davies also wants to raise awareness about this period of history.

The main characters are a young group of flatmates and best friends – they greet each other by singing the single note ‘la’ when they enter the room – and you can’t help but fall in love with them.

The ‘La’ T-shirt has been created by artist Philip Normal in collaboration with HIV charity Terrence Higgins Trust.

‘Inspired by the masterpiece It’s A Sin from Russell T Davies, you can join the gang from the Pink Palace,’ reads the description on the website.

For each T-shirt sold, £20 goes to the Terrence Higgins Trust to provide support for people living with and affected by HIV, and to campaign for change.

Those who have seen It’s A Sin are encouraging more people to brush up on their history and lasting impact of the Aids pandemic.

This T-shirt is a great way to support the cause – and show off to the world that you’re a huge fan of the show.

Do you have a story to share? We want to hear from you.

Get in touch: [email protected]