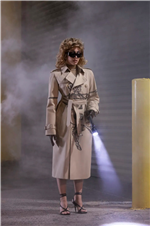 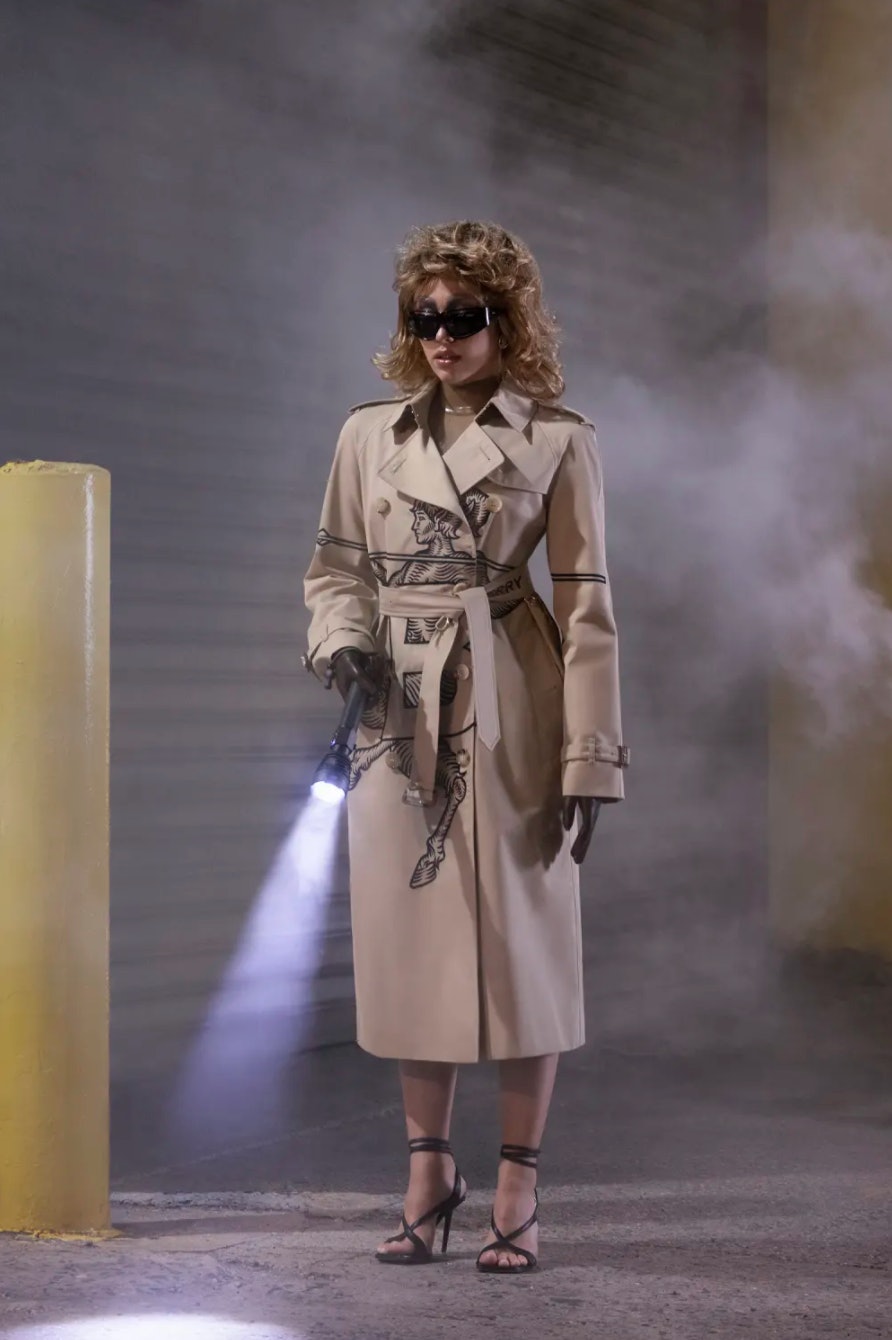 It’s only every so often we got to see or hear from Lourdes Leon, Madonna’s elusive eldest daughter, who’s admittedly started to step away from her status as fashion’s quietest “It” girl by posing for Miu Miu, Barragán, Juicy Couture x Parade, Jean Paul Gaultier x Supreme, and Barragán. (The latter pictures a crime scene, with Leon holding a spiky weapon and a bloodied model with a bludgeoned head.) Her latest modeling gig is with Burberry, which just partnered with the popular e-commerce site SSENSE on a capsule collection and installation at the 165-year-old house’s Soho, Manhattan outpost.

Alongside a crew of cool kids, Leon co-stars in an eight-minute campaign video directed by the collective Torso Solutions, showing creative director Riccardo Tisci’s new Burberry alphabet and celebration of animals in action. The capsule collection itself was co-designed alongside illustrator Jo Ratcliffe and Peter Saville, the graphic designer, art director, and Raf Simons collaborator behind many of New Order and Joy Division’s album covers. The video, meanwhile, follows vignettes written by notable creatives Brontez Purnell, Juliana Huxtable, and Natasha Stagg. In other words, the entire project is an explosion of talents from various fields.

Between her feathery bob and long silvery mane, Leon is almost unrecognizable. The looks come courtesy of the performer and artist Huxtable, who took charge of the plot involving Leon. They find the 24-year-old model prowling the streets on a nighttime hunt, looking like a detective in a trench coat and sunglasses and toting a flashlight.

The writer Natasha Stagg envisioned Selyna Brillare, a TikTok star with 1.7 million followers, sipping a mysterious pink drink outside of a bodega, outfitted in a blonde bob and embroidered trench coat similar to Leon’s. Purnell’s segment tracks the model and boxer Alexis Chaparro as he’s followed by a fawn.

While, you won’t find any discounts like those in SSENSE’s popular semi-annual mega-sales, but some pieces are actually relatively affordable: While an embroidered take on the classic Burberry trench coat will cost you $3,750, a skinny printed scarf goes for $170. The standouts fall somewhere in the middle, like a black jacket with a detachable face mask modeled by the composer-turned-rapper Hawa—a wise investment for both the present and the post-pandemic future.