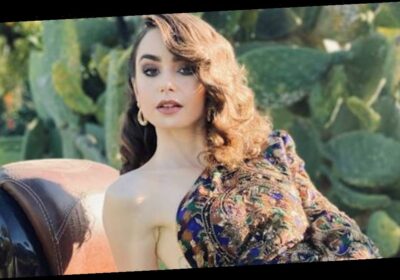 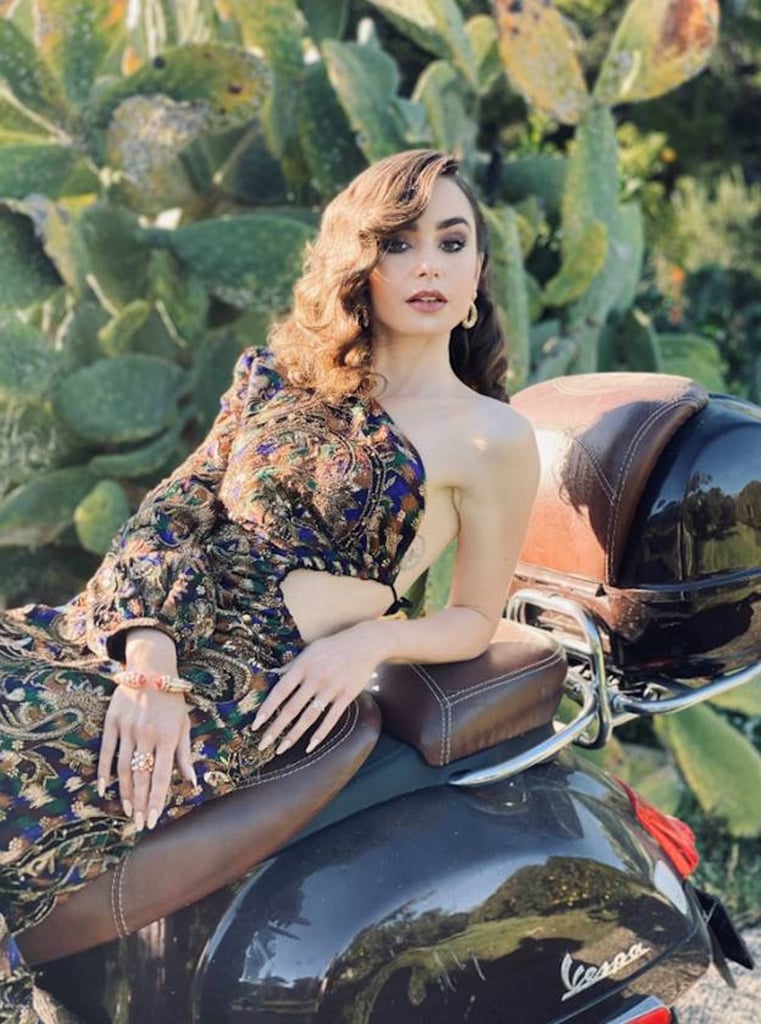 Lily Collins was nominated for her first Golden Globe at the 2021 award show, and she chose a retro gown for the occasion. The Emily in Paris actress wore an ’80s-inspired gown by Saint Laurent for her big moment. This actually isn’t the first time she’s worn the designer — she’s actually posed for the brand before!

The 31-year-old actress attended Sunday’s award show virtually wearing the paisley print one-shouldered dress. Lily was nominated for Best Actress in a TV Series, Musical or Comedy for her role as Emily Cooper and the Netflix series also nabbed a nomination for Best TV Series, Musical or Comedy. On the TV screen, we could only see the top half of Lily’s dress, which is why we didn’t see the cutout detail at the side of the dress until we saw full-length photos. She finished her outfit off with a pair of hoop earrings and left her hair in curls. Read on to see her Globes outfit ahead.