Being a close relative of Queen Elizabeth II, since joining the Royal Family, Kate Middleton has been able to wear a number of stunning tiaras. She first wore a tiara when she officially married into the Royal Family, while tying the knot with Prince William at Westminster Abbey. Fast forward nearly eight years, and the Duchess of Cambridge, 37, has been spotted wearing jewelled headpieces at least nine times. Which was her favourite, and what history do they hold?

As she arrived at the church on her wedding day in 2011, Kate could be seen wearing Queen Elizabeth’s Cartier Halo Tiara.

Having borrowed the item from the royal, to this day, the Duchess has not reworn this heirloom.

The item itself has plenty of royal history, having been owned by the Queen Mother before it was gifted to a younger Queen Elizabeth II on her 18th birthday.

The next outing in which Kate was spotted wearing a tiara after her wedding was in December 2013. 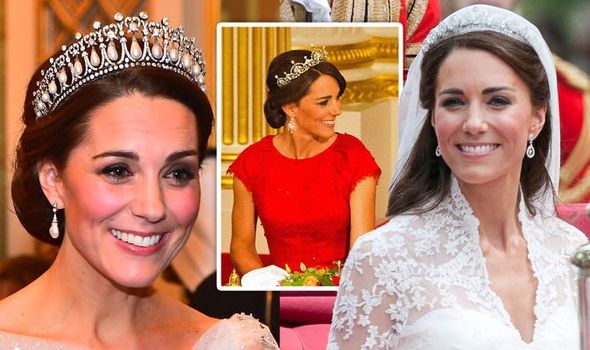 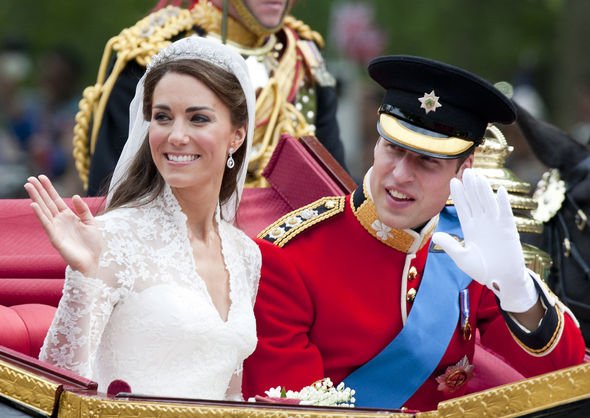 Kate Middleton, the Duchess of Cambridge, has worn a tiara nine times

The royal was arriving for an annual diplomatic reception at Buckingham Palace, and she wore the Lotus Flower Tiara.

Also known as the Papyrus Tiara, this piece is believed to have been a favourite of Princess Margaret, and previously worn by the Queen Mother.

Two years later, in October 2015, Kate rewore the item, while attending a state banquet in honour of the President of China, Xi Jinping.

According to reports, the Lover’s Knot Tiara was intended to be worn by Princess Diana on her wedding day – however, she ended up wearing a different heirloom: the Spencer tiara. 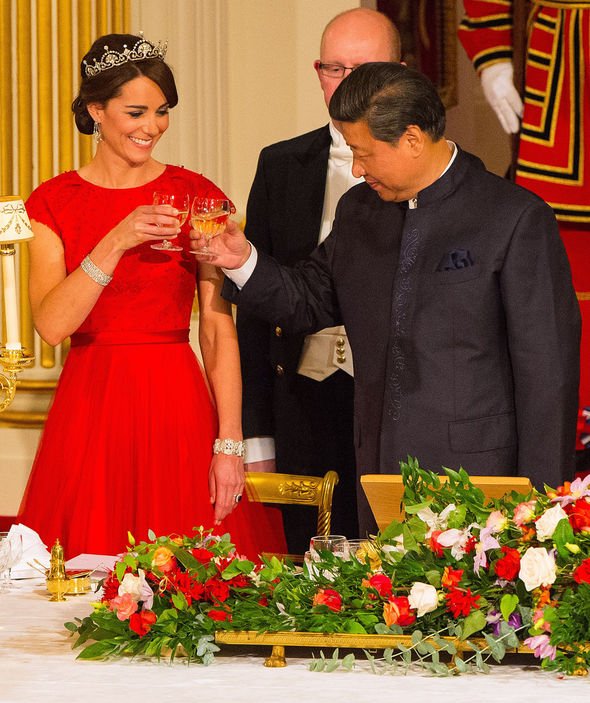 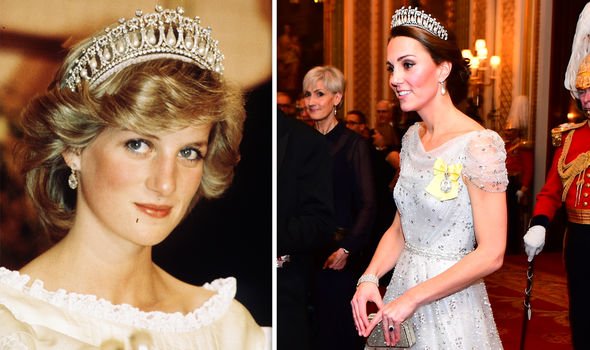 Kate Middleton at the Royal wedding in pictures

Kate Middleton pictures: Duchess of Cambridge at the Royal wedding in pictures. 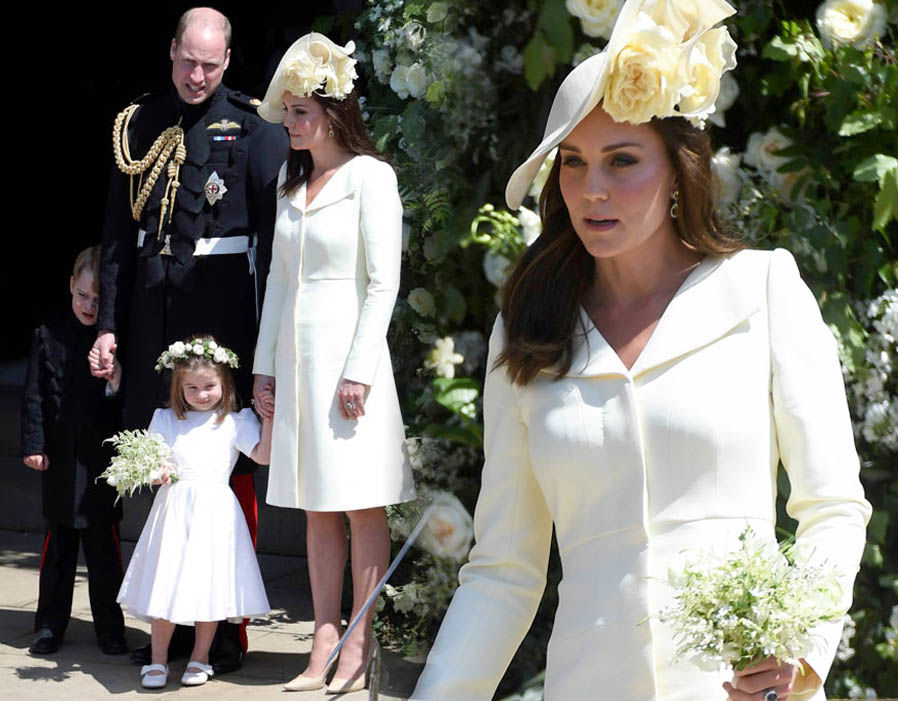 Kate Middleton at the Royal wedding in pictures

It’s said to have been one of Princess Diana’s favourite pieces, and was rarely seen following her death in 1997.

However, in 2015, royal fans got to see the sparkling headpiece once again, as the Duchess was spotted wearing it to the annual diplomatic reception.

While she hasn’t commented on which tiara is her favourite, Kate has now been pictured publicly wearing this tiara six times.

The most recent event which saw Kate choose to wear the Lover’s Knot Tiara was in December last year.

The reason why Sophie, Countess of Wessex’s wedding tiara was so different to that of Sarah Ferguson’s has been revealed.

A look at the wedding tiaras worn by recent royal brides

While royal brides tend to either wear a brand new piece or a wear an heirloom piece, Sophie, Countess of Wessex wore a combination of the two.

The exact name of the tiara is unknown.

The Countess has worn the piece of jewellery a number of times since her wedding day – such as to the nuptials of Crown Prince Frederik of Denmark and Crown Princess Mary of Denmark.

Sarah Ferguson tied the knot with Prince Andrew at Westminster Abbey in July 1986.

Sarah Ferguson also wore a previously unseen wedding tiara, with the jewellery having been made especially for her.

Princess Diana was known as Lady Diana Spencer before marrying Prince Charles back in 1981.

The royals tied the knot at St Paul’s Cathedral.

The late princess opted for her own family diamonds for the occasion, wearing the Spencer Tiara.

Meghan Markle, the Duchess of Sussex, wore the Queen Mary Bandeau Tiara for her and Prince Harry’s big day.

The former Suits actor tied the knot with the prince in May 2018, at St George’s Chapel, Windsor Castle.

The jewels hadn’t been worn for 65 years prior to the special event, having previously been well-loved and worn by Queen Mary, the grandmother of Queen Elizabeth II.

Kate Middleton and Prince William wed at Westminster Abbey, London, back in 2011.

The Duchess of Cambridge arrived at the church in the Cartier Halo Tiara.

It is set with more than 1000 diamonds, and crafted as a band of “16 graduated scrolls”, the Royal Collection Trust have said.