Home » Fashion » Inside the royal homes at Christmas, including Kate and William's 30ft tree and the Queen's 620 presents

Inside the royal homes at Christmas, including Kate and William's 30ft tree and the Queen's 620 presents

CHRISTMAS is nearly upon us and the royal family are known for going all out with their celebrations.

From 30ft trees to grand staircases decked out in spectacular garlands, the royal residences are simply breathtaking. 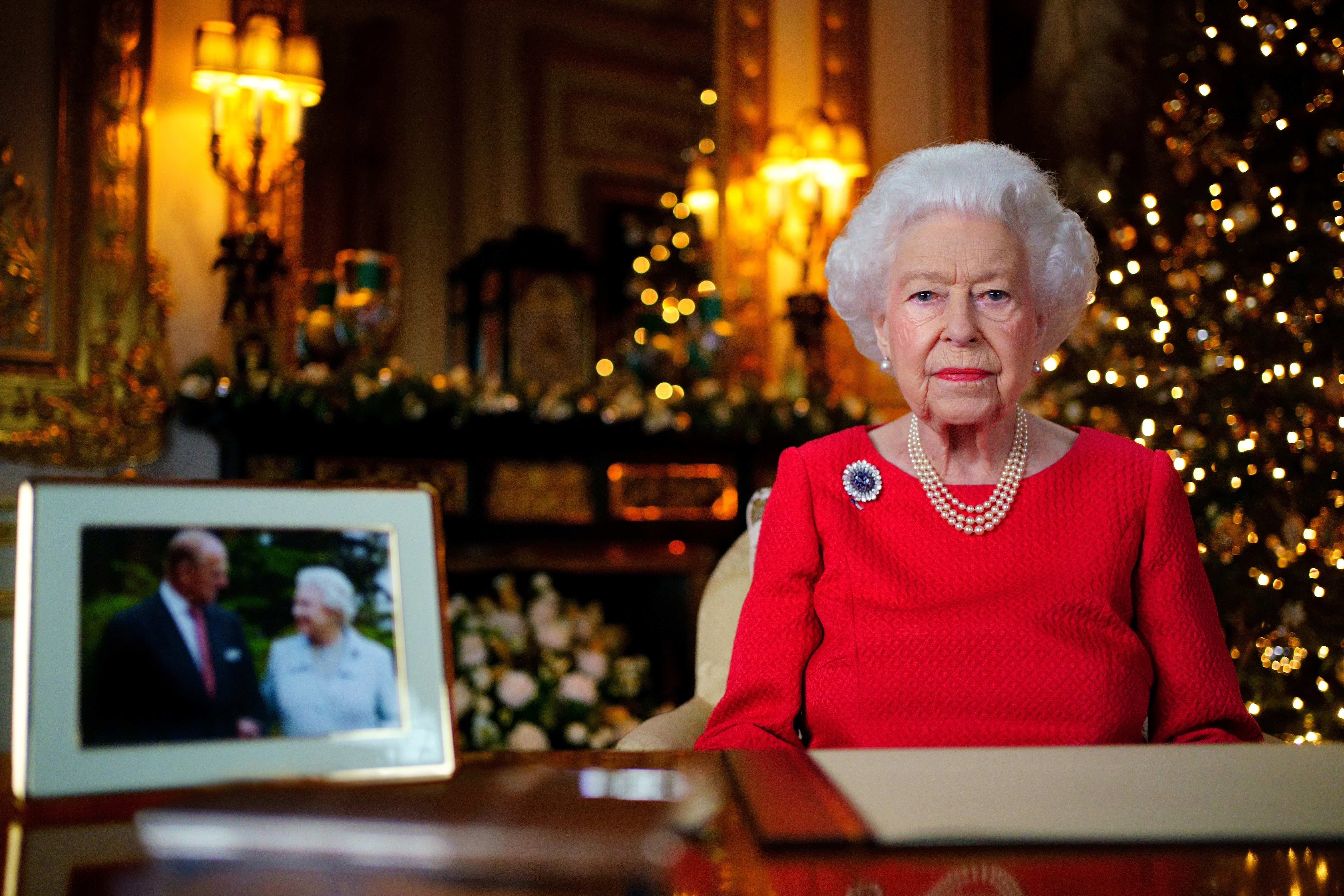 This year will be slightly different for the royal family thanks to the pandemic.

Her Majesty, 95, has been forced to scrap her traditional trip to Sandringham, Norfolk, as the UK battles rapidly rising cases of the Omicron variant.

While William, Kate and their kids will spend Christmas day in Norfolk with the Middleton family away from the Queen, it is understood.

Every year, the Queen has Buckingham Palace decked out with huge 20ft Christmas trees and twinkling fairy lights, which stay up until in January.

Royal fans got a glimpse of the ornate display in Buckingham Palace's Marble Hall via the royal family’s Instagram page.

The stunning decorations included three large Christmas trees – which were grown in Windsor – as well as a garland fixed along the grand staircase.

The trees were decorated with some very fitting ornaments, which came in the shape of crowns, crests and carriages. 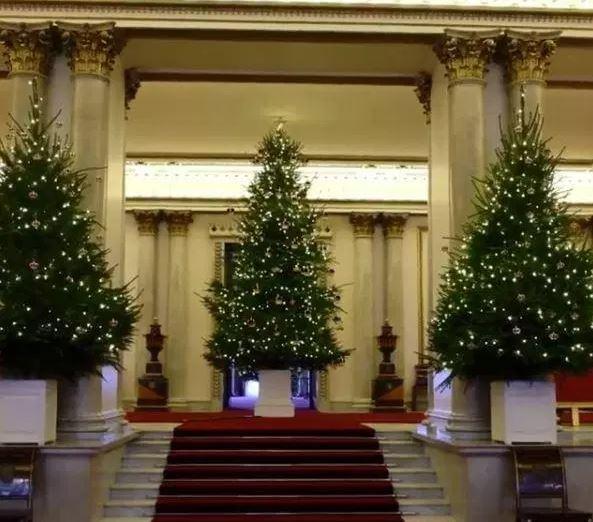 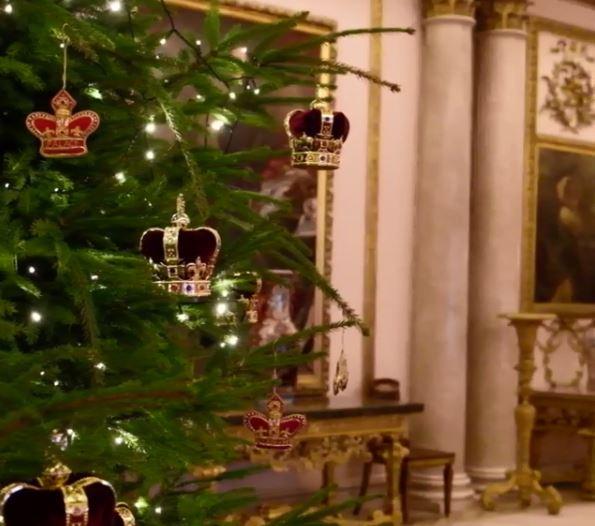 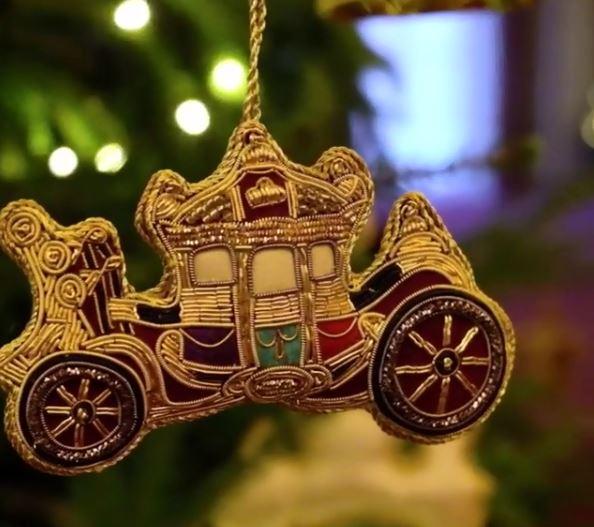 The garland was just as glamorous, with velvet bows and colourful baubles lining the golden banister.

The Queen hosts members of her family – kids included – for a Christmas buffet at Buckingham Palace before she heads to Sandringham.

At the festive event, the Queen sits the children in a separate room and there are no crackers on the table. 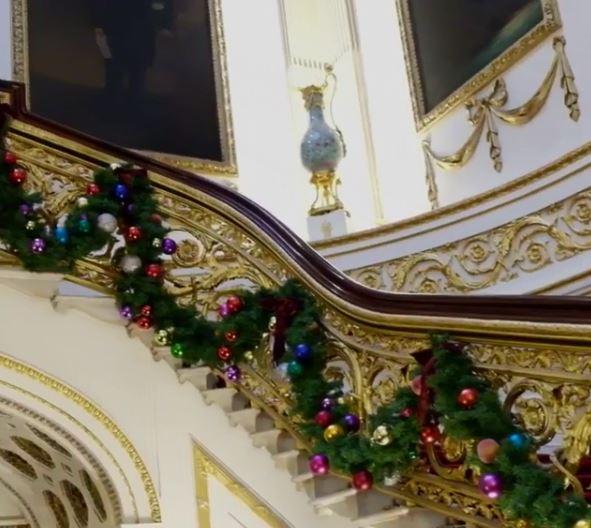 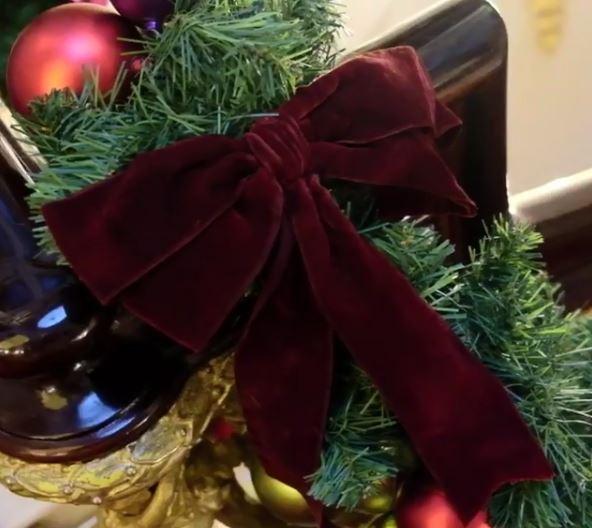 Mike Tindall, who is married to the Queen’s granddaughter Zara, said: “This is the other one, the family lunch, there must be about 70 of us there – there are seven tables and then the kiddies have their own little one in a different room.”

The Queen is also said to buy 620 gifts for royal staff and family, which works out at a final bill of around £30,000, according to a former palace aide.

The aide told Fabulous: “The presents are usually a book token, or a small piece of china from the palace gift shop, and most years she gives them a small Christmas pudding in a box as well." 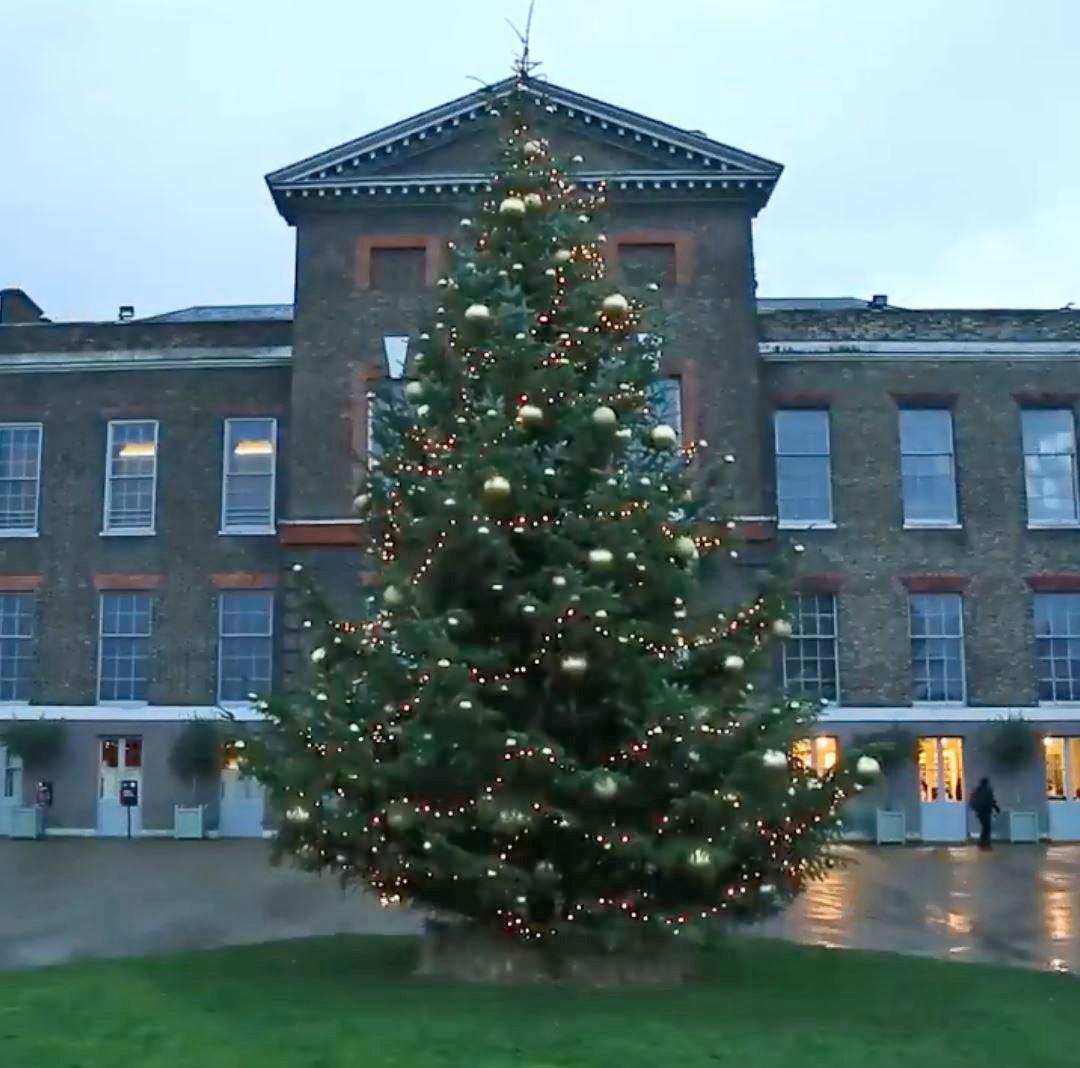 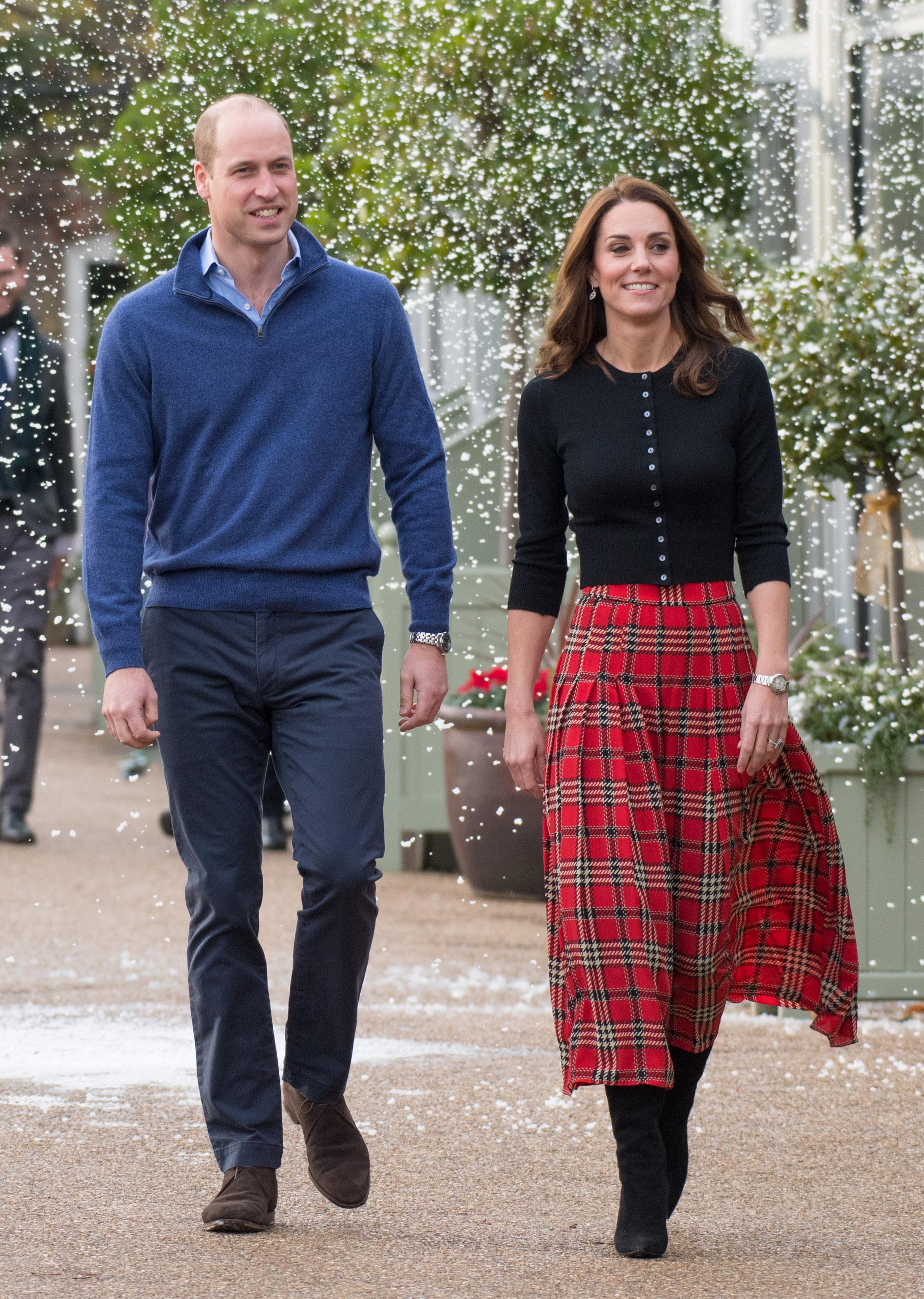 The family usually have a gigantic 30ft tree outside their beautiful home, which is covered in lights and certainly looks fit for royalty.

The tree acts as a centrepiece for the Kensington royal residence and is lit up throughout the Christmas period.

It is located in the palace grounds and marks the official start of the dukes and duchess’ yuletide season.

Typically the Duke and Duchess of Cambridge, and their three kids, head to Norfolk with the Queen to spend the Christmas holidays. 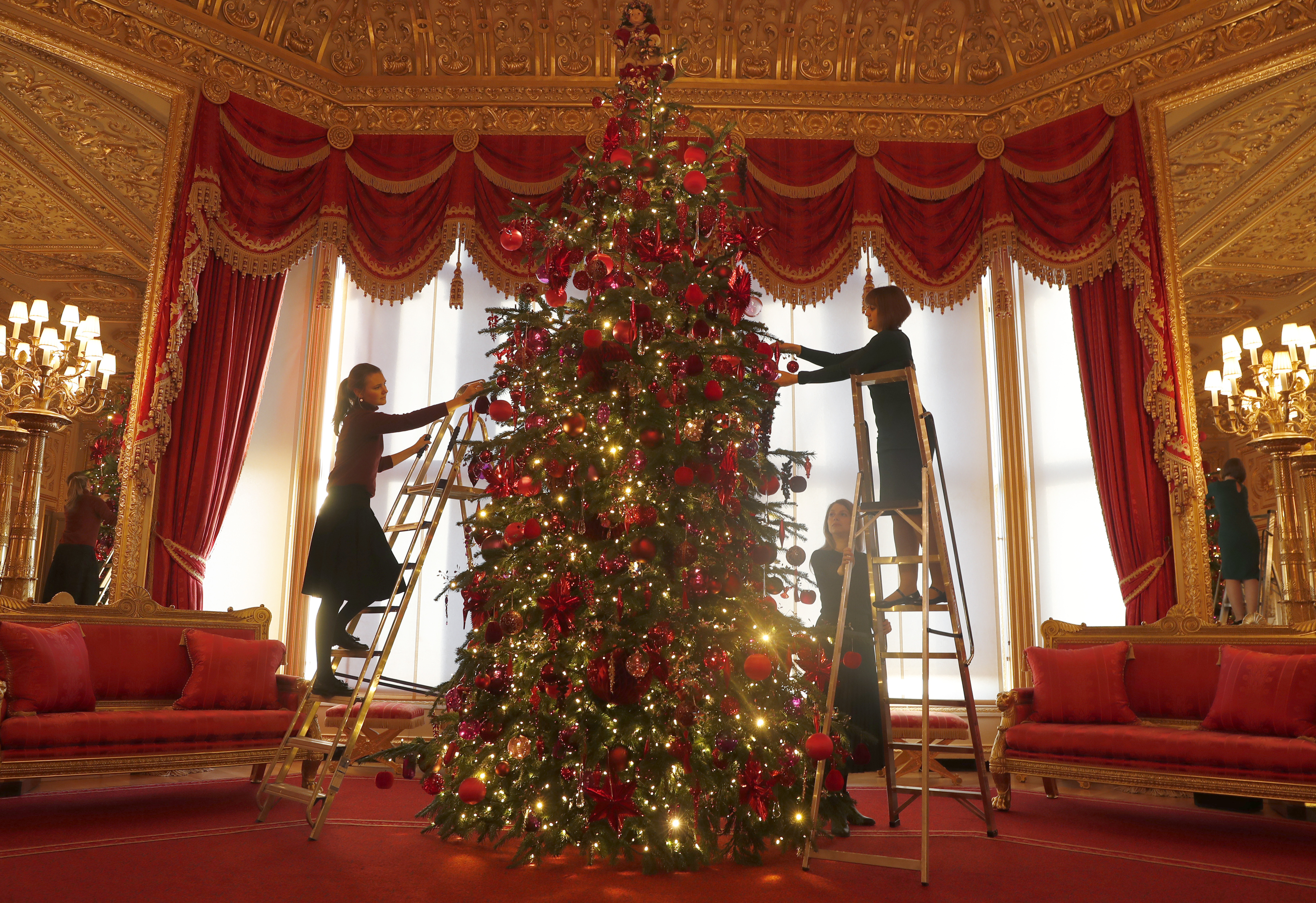 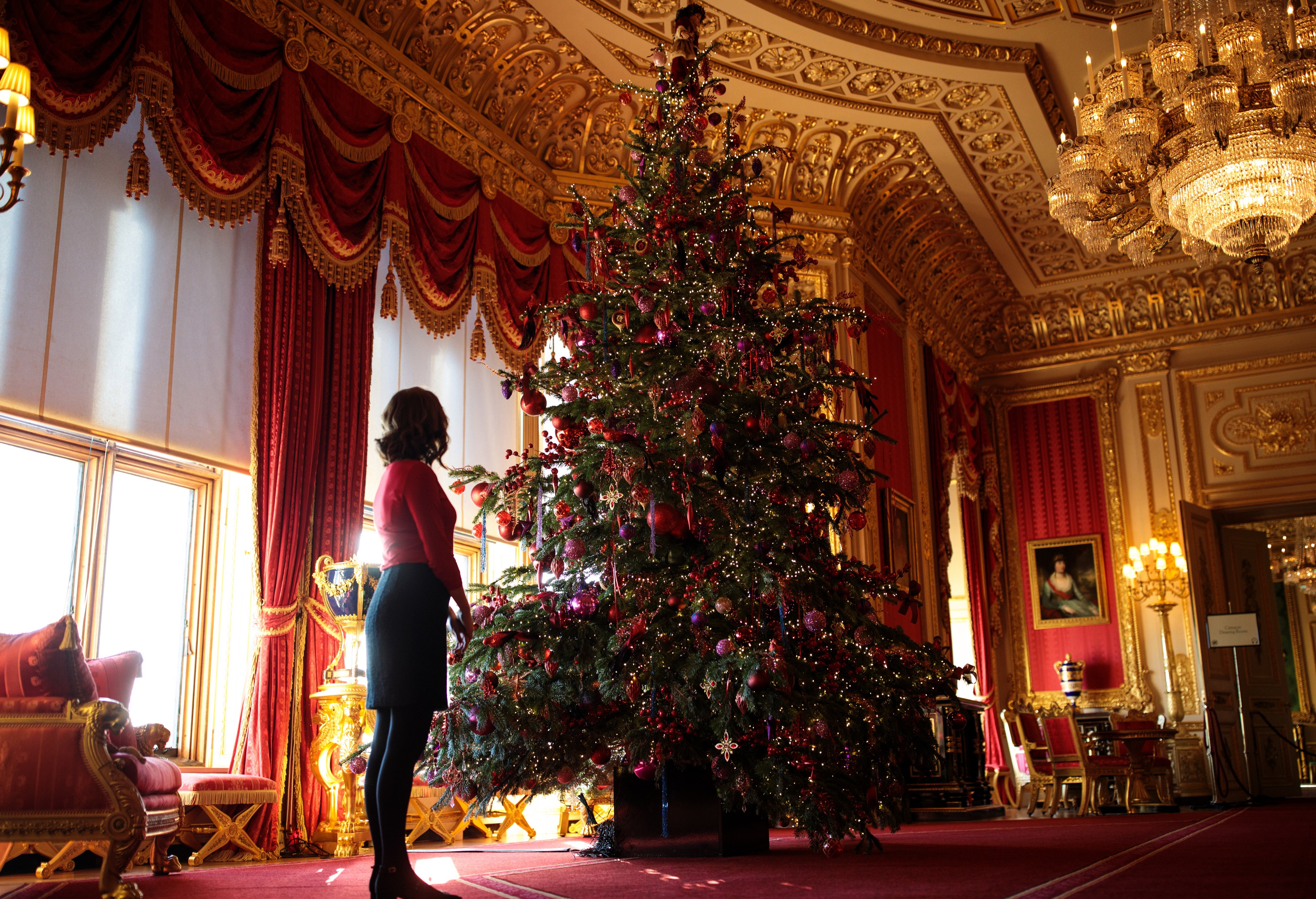 The Queen also makes sure Windsor Castle gets the star treatment ahead of Christmas.

Last year, staff were pictured putting up Christmas trees up at Windsor Castle – and they looked extremely grand. 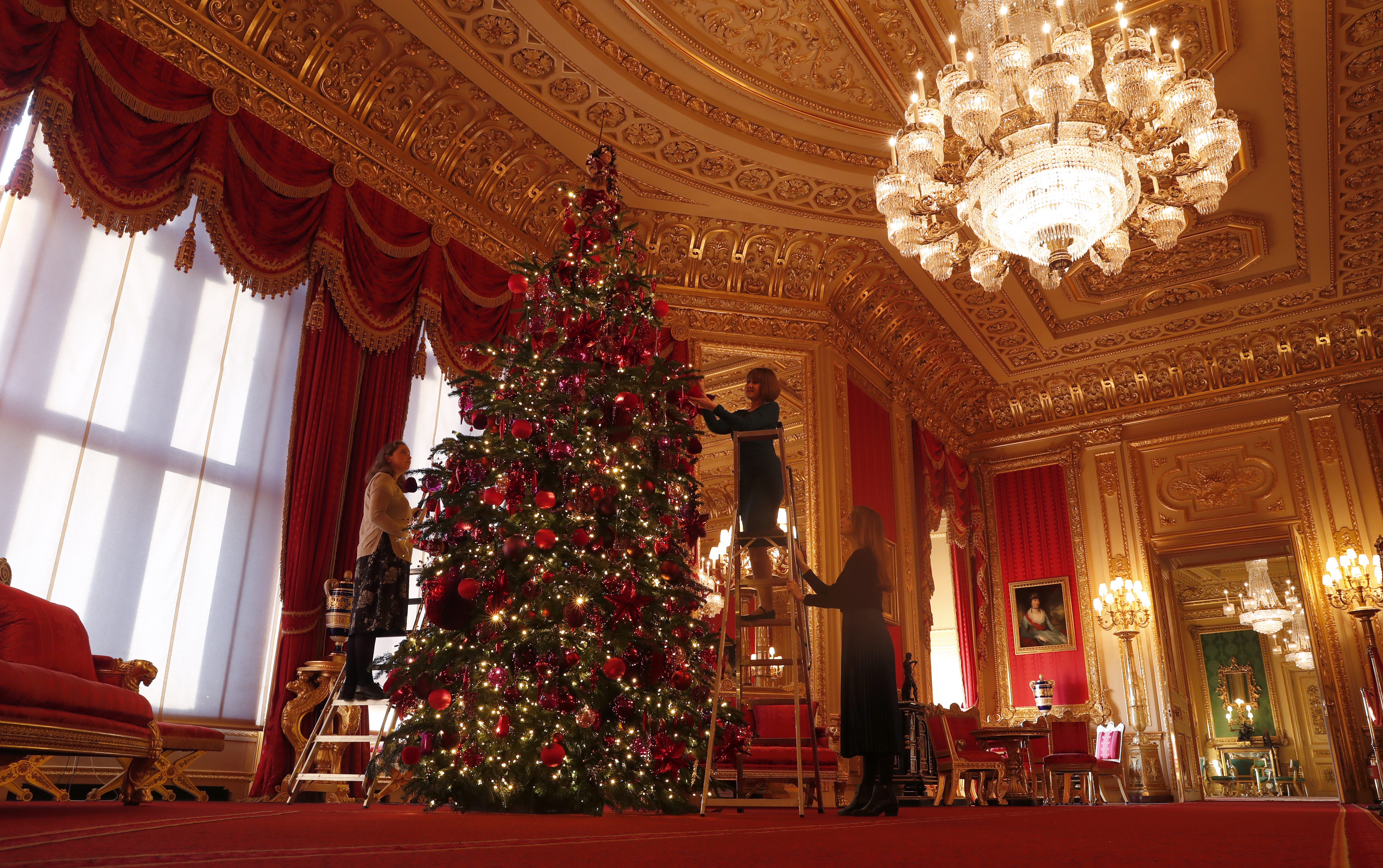 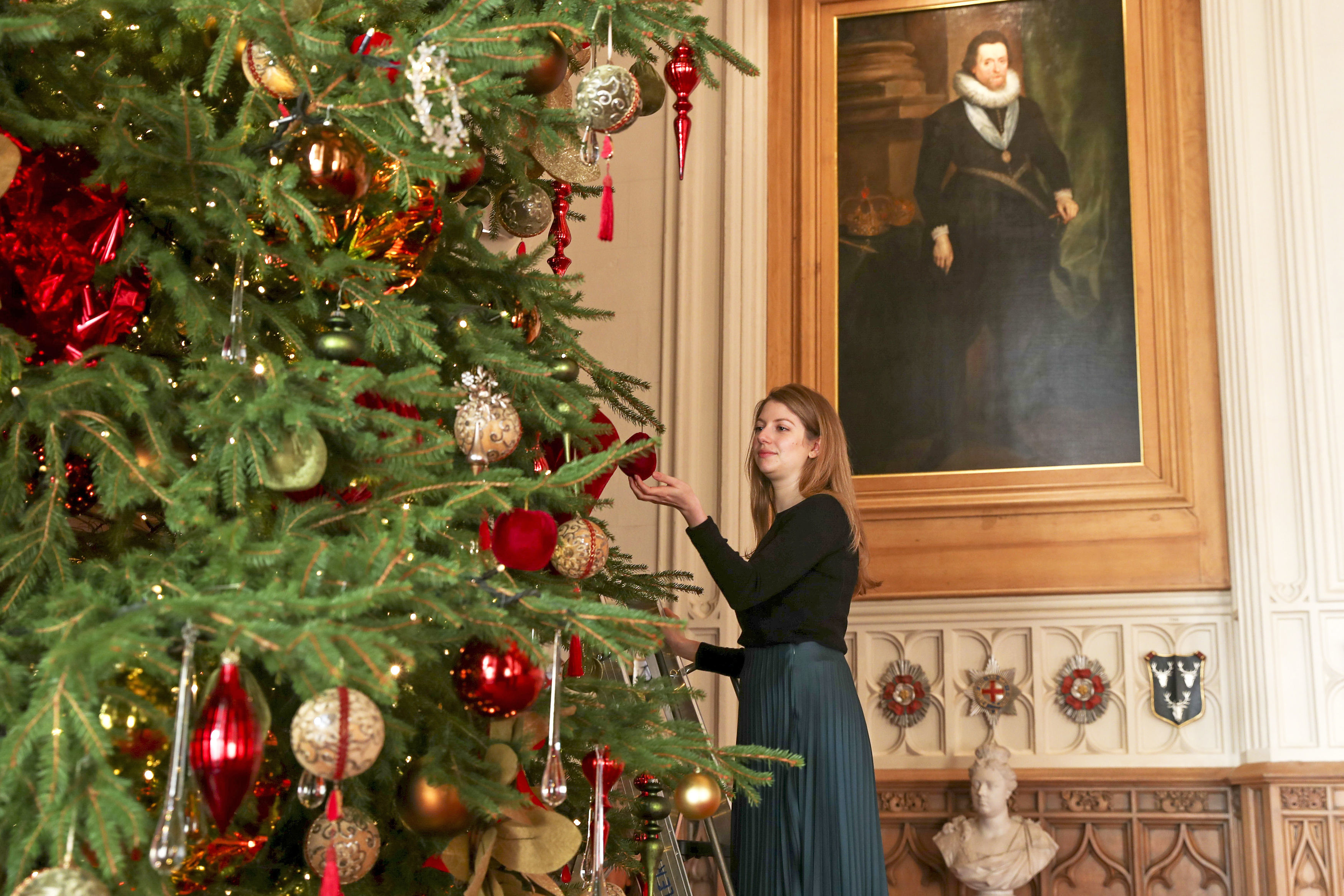 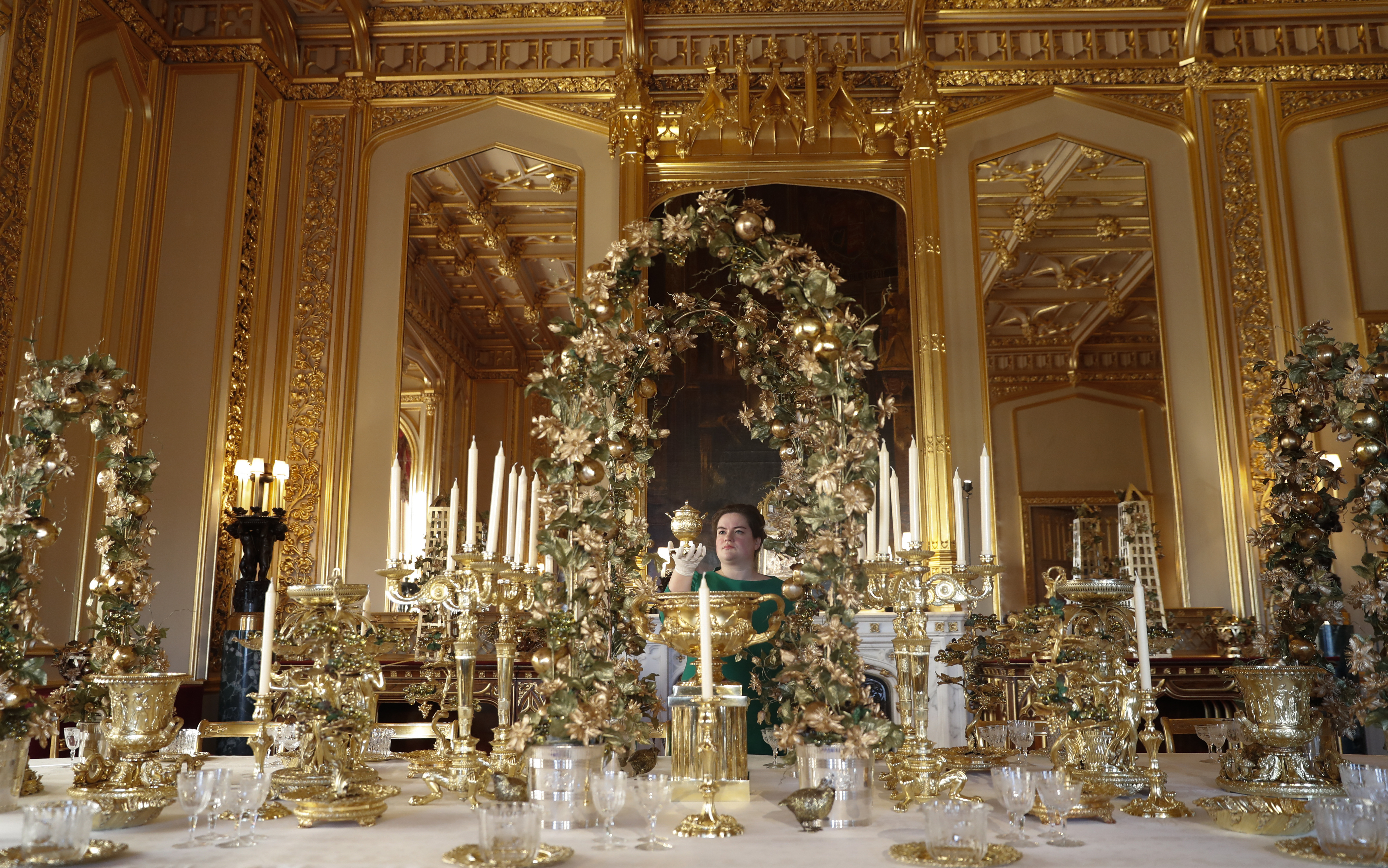 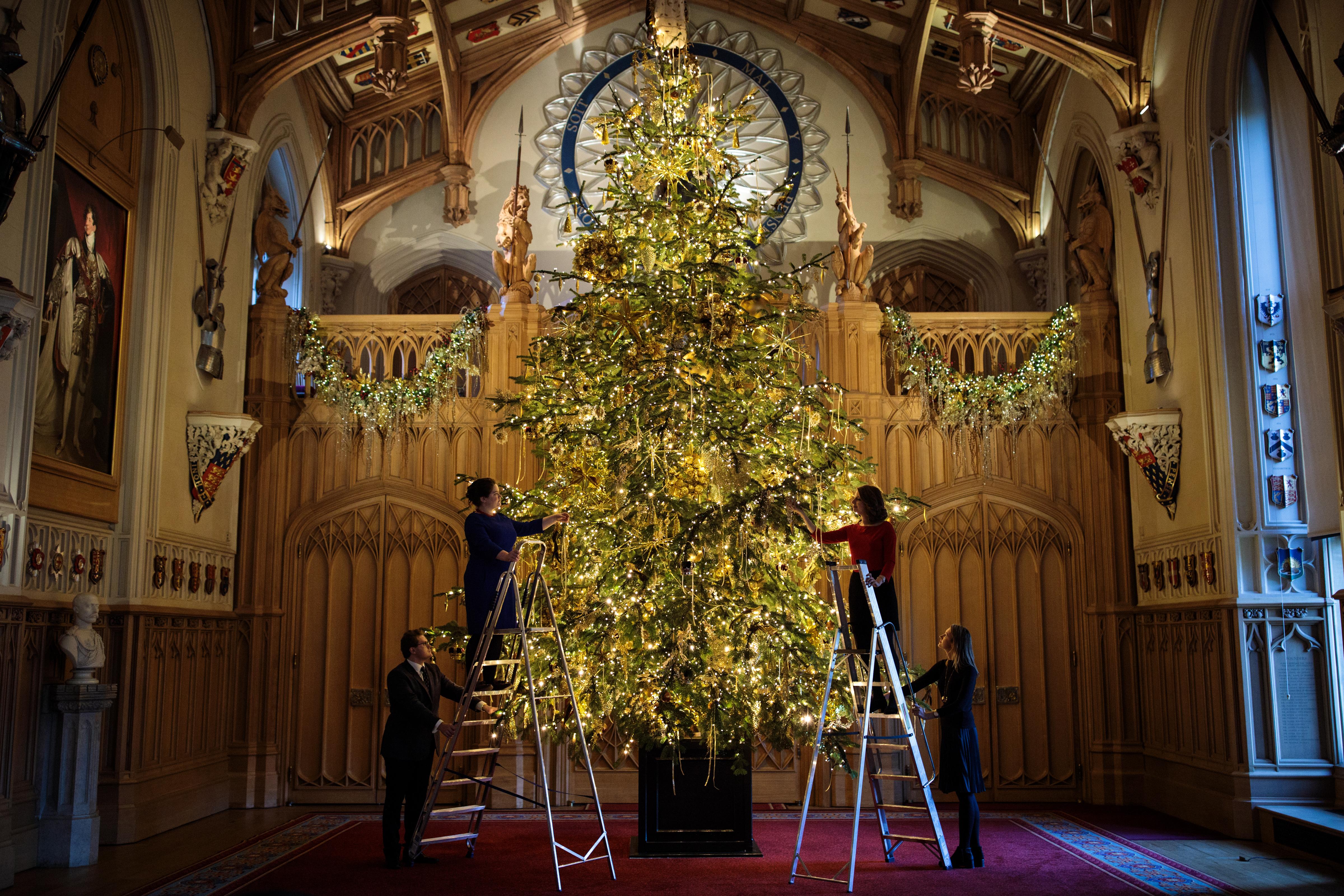 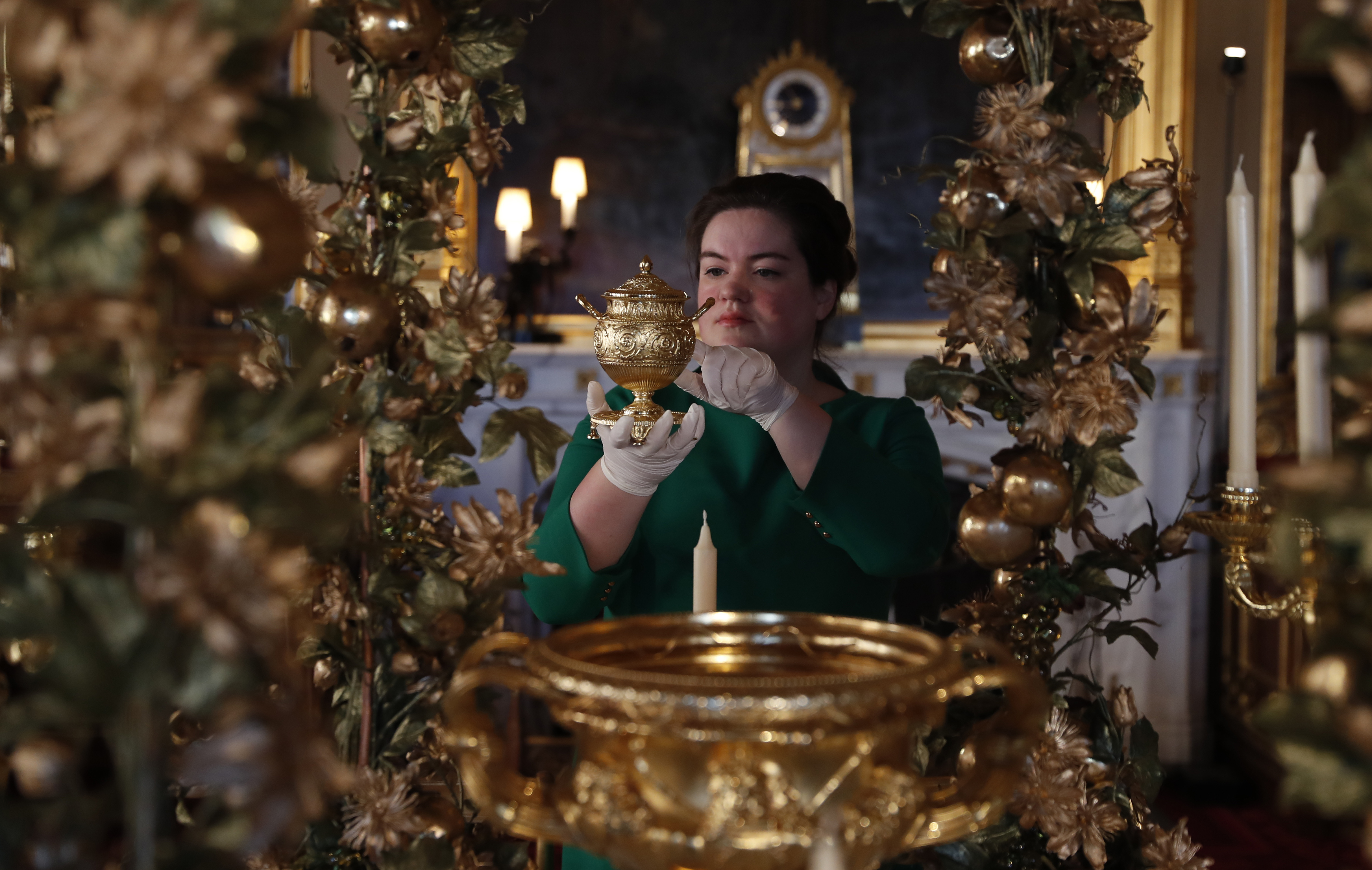 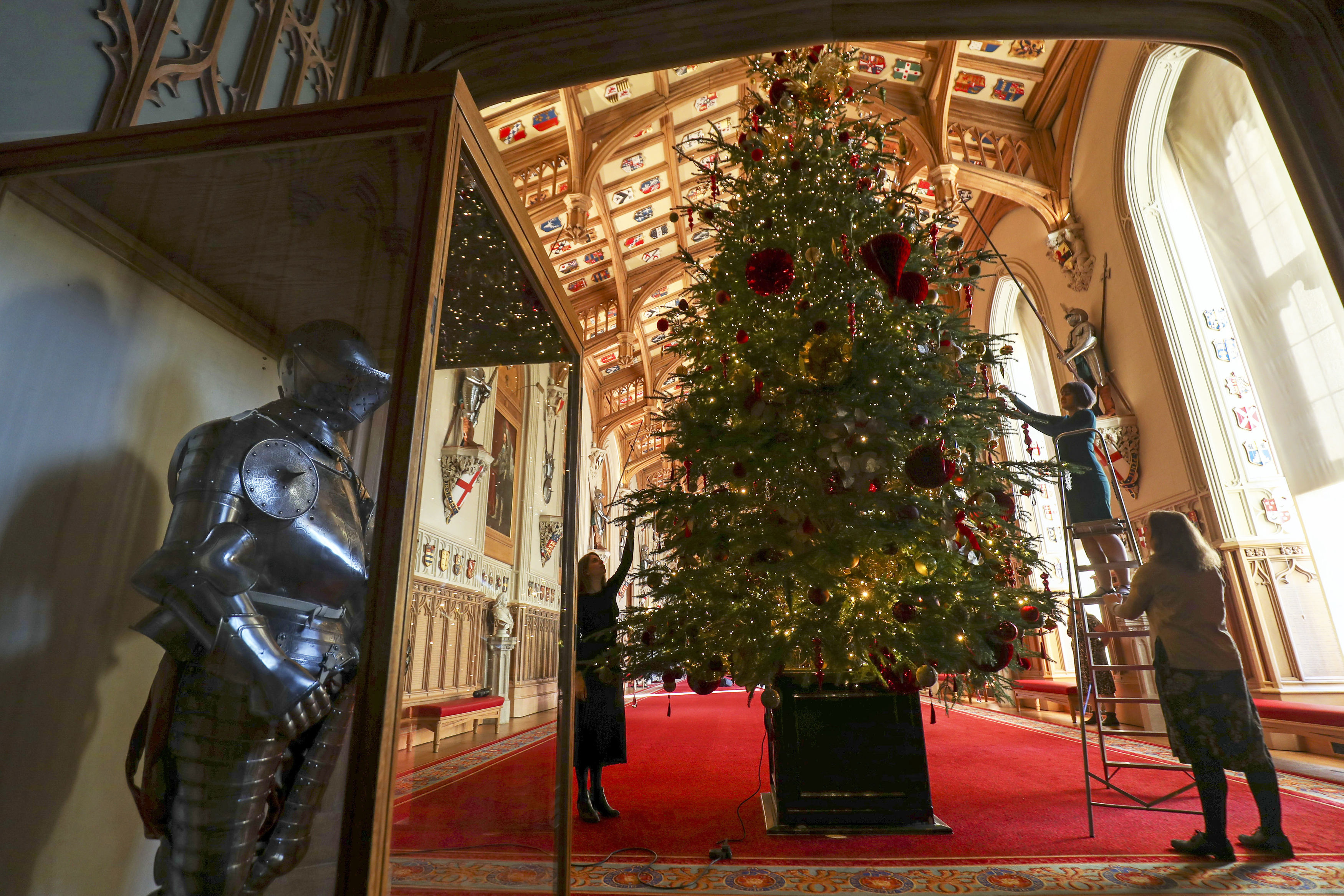 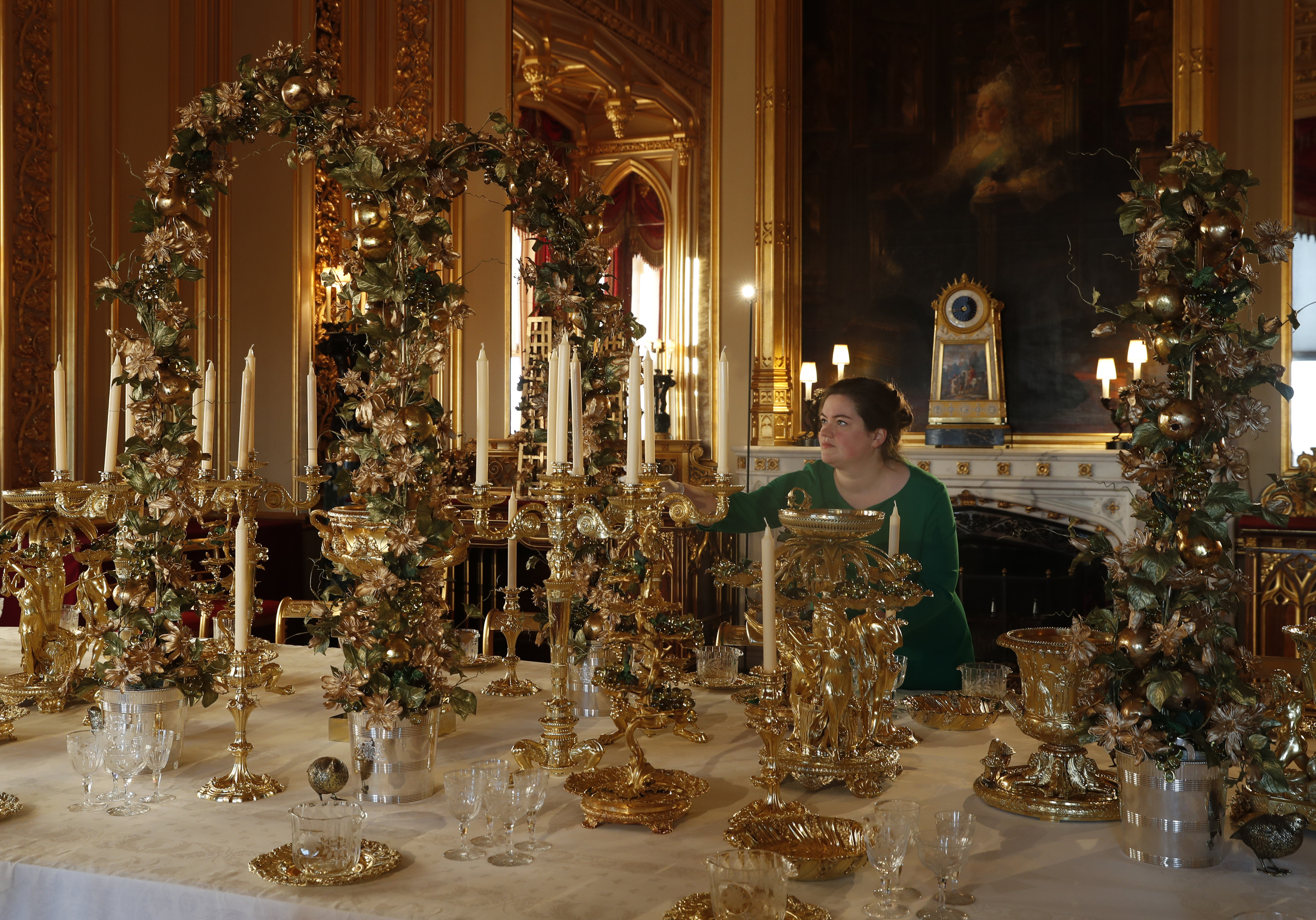 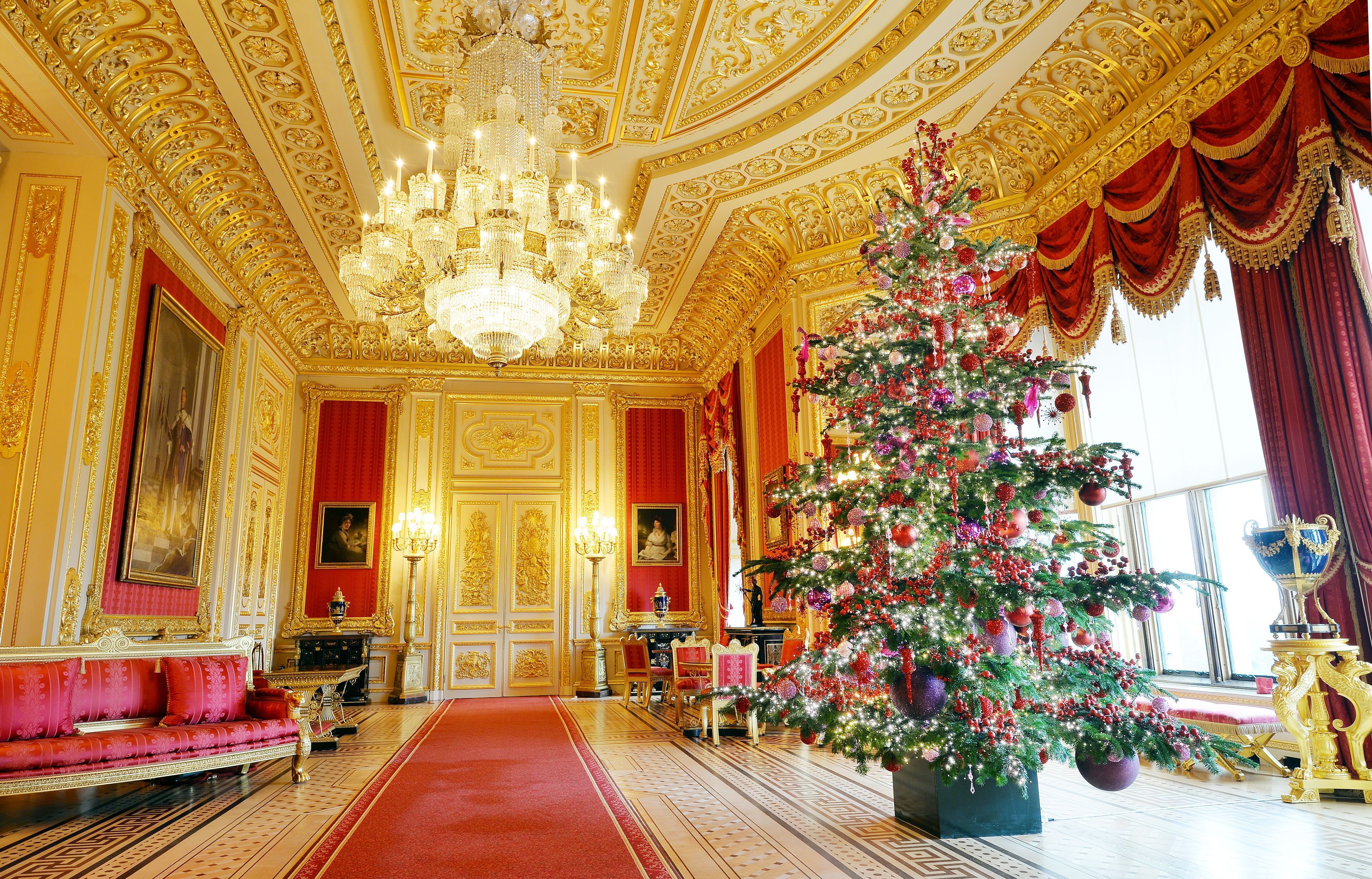 Staff carefully added red and gold baubles to the impressive trees, before hanging miniature crowns and silver-gilt pieces from the Grand Service.

Ladders were needed to reach the highest branches of the trees that are now the centre-pieces of the grand rooms of the Queen's weekend palace, which is a stone’s throw from Meghan Markle and Prince Harry’s UK home Frogmore Cottage.

The show-stopping Christmas decorations are an annual tradition, with Queen Victoria’s husband Prince Albert being the first to ship over a 26ft Nordmann Fir from Germany for the castle. 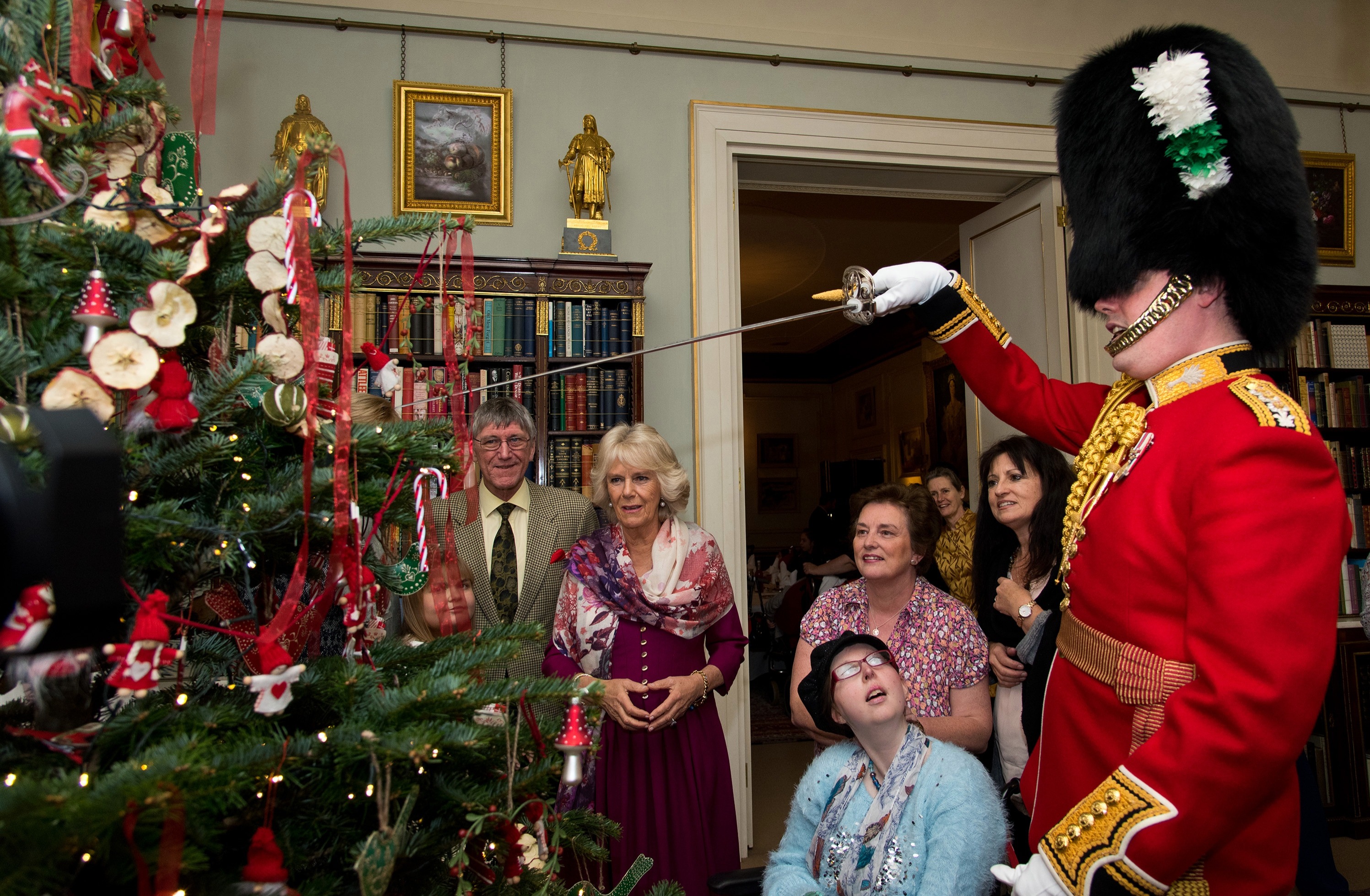 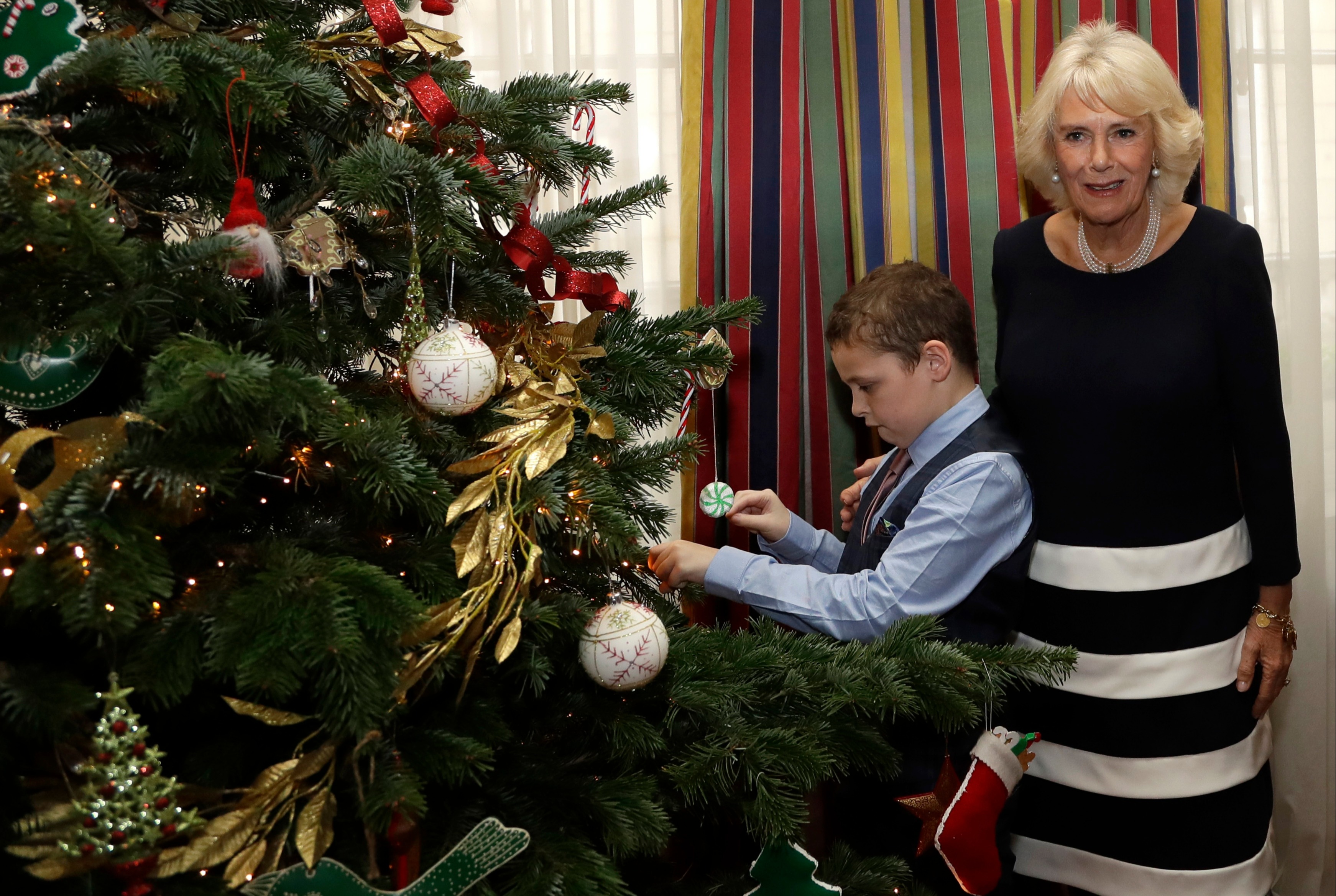 We got a sneak peek at their red and gold tree, which includes candy canes and mini Santas.

The royal couple often open up their home to charitable organisations so kids can come and see the festivities.

Members of the royal family join the Queen and Prince Philip on Christmas Eve in Norfolk and celebrations last until Boxing Day.

During this time, they eat delicious food, play games like Charades, go on walks and everything in pencilled into a schedule.

The royals typically like to give cheap, jokey gifts to one another, with Prince Harry once took the gag gift rule to the extreme with a very rude present for his grandma – a shower cap with a slogan across it reading "Ain't Life A B***h".

Most of us hurry to put the tree away by the Twelfth Night on January 5, but Her Majesty does things a little differently.

She's said to keep her decs up until February 6, which marks the anniversary of her father's death.

King George VI passed away at Sandringham, where the royals celebrate Christmas, on that date in 1952.

And the Queen tends to stay in the Norfolk estate to mark the anniversary in private with Prince Philip before returning to Buckingham Palace and Windsor Castle.

Santa tracker LIVE – Where is Father Christmas now & when will he visit me?

STILL BY ONE'S SIDE 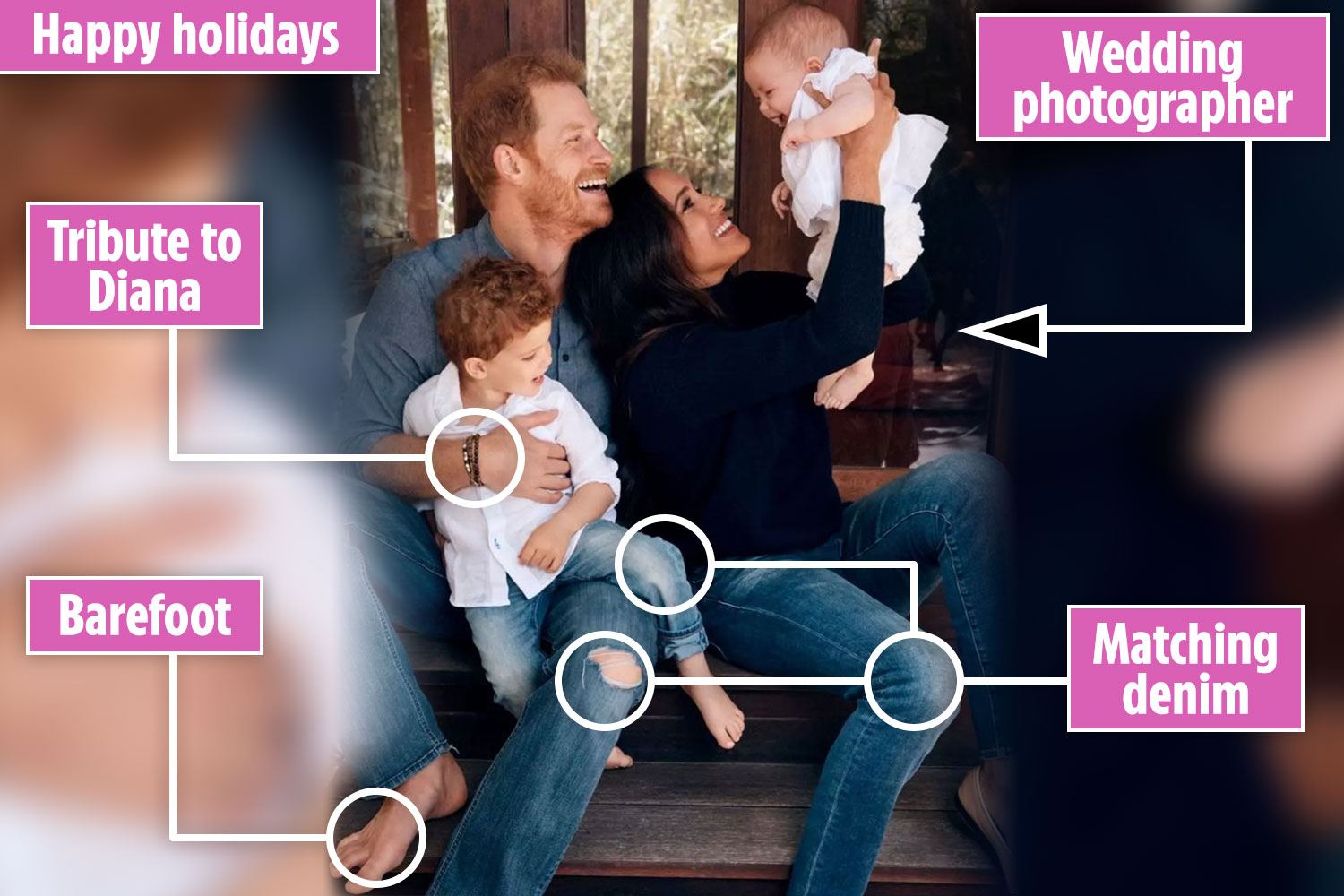 This year, the royal Christmas faces being scrapped as ‘rule of six’ stops the Queen from enjoying family lunch at Sandringham.

And these are the royal family Christmas traditions members have to follow.