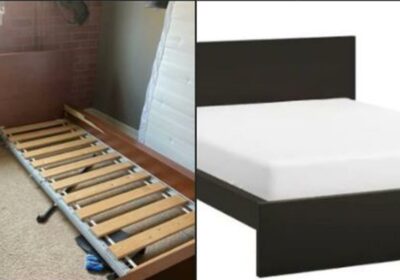 A MUM has been slammed by fellow parents after she revealed that she is selling her son’s bed as punishment for not making it.

The woman posted an ad for the bed on Facebook Marketplace where she revealed exactly why she was selling it – and it wasn’t the first thing she’d flogged. 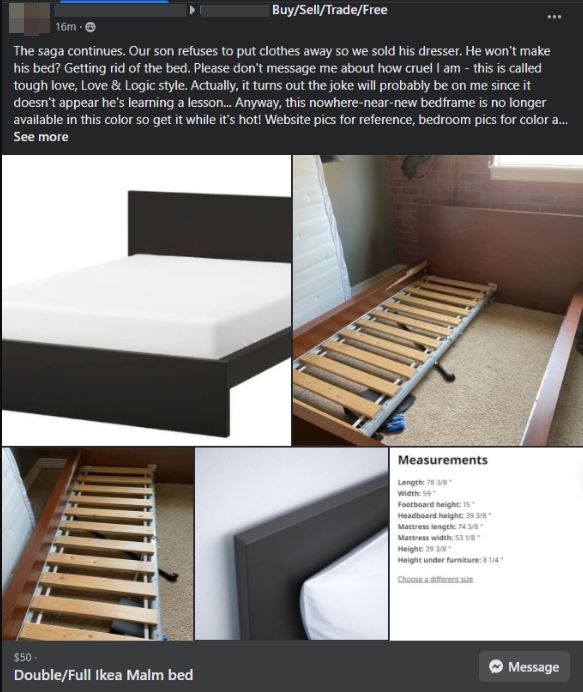 Captioning her ad, she wrote: “The saga continues: Our son refuses to put his clothes away so we sold his dresser.

“He won’t make his bed? Getting rid of the bed. Please don’t message me about how cruel I am, this is called tough love, Love & Logic style.

“Actually appears that the joke will probably be on me since it doesn’t appear he’s learning a lesson.”

She ends her post by giving a description of the bed frame which is no longer available to buy in this colourway.

Her post has since been shared on the subreddit, Insane Parents where it has left fellow mums and dads outraged.

Commenting on the thread, one wrote: “If you have to tell people not to tell you you're being cruel, chances are you're being incredibly cruel, and you know it.”

I'm an organised mum, these are the 20 things you need to chuck NOW

Agreeing a second added: “Funny thing about all these instances of "tough love" is that they very seldom remember to add the "love" part.”

Meanwhile a third added: “This person is asking for their kid to get taken away.”