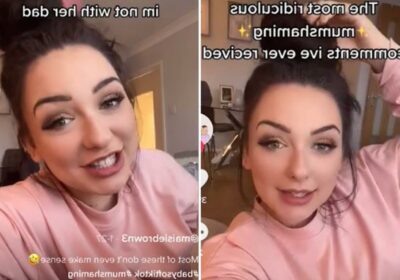 ONE mum is TIRED of being constantly criticised for her parenting skills, with people even saying that letting her baby watch sensory TV will give her ADHD.

Hitting back at the critics, Maisie Brown says the "ridiculous" trolling comments know no bounds. 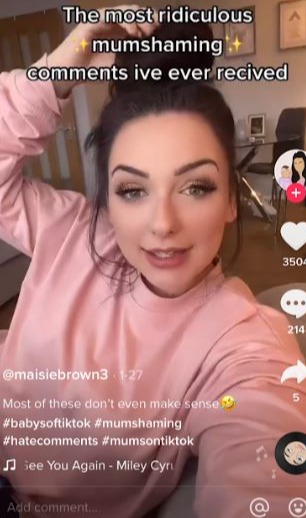 Taking to her TikTok account to call out the nay-sayers, Masie titled her post: "The most ridiculous mum shaming comments I've ever received."

Posting under the [email protected] the mum revealed she was told: "She will suffocate if I put a bow on her head" about her baby girl.

Adding another comment she hit with, she said: "Watching baby sensory TV will give her ADHD."

The mum has also been told that her baby's small size is due to her choice not to breastfeed her.

"I'm giving her brain damage for letting her cry when I pee" the mum revealed was another shocking comment.

Along with: "I'm using dummies so I don't have to meet her needs" and "It's child abuse that I'm not with her dad."

The mum's post has been viewed 47.6K times and many TikTok users have commented.

"You'll find that most people that say these things don't actually have kids themselves," said one person.

Another commented: "People are honestly so oblivious. They don't learn facts andthey seem to forget that she's your baby and you know her a lot better than they do."

"Clearly they're not parents" commented a third. 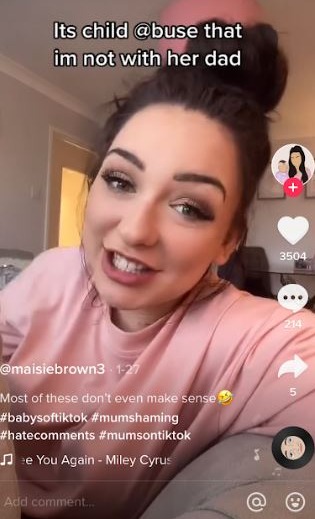 If you like mum’s being honest you will love this one about a woman who didn't get how tedious being a mom was before kids.

Also…I had no idea I was pregnant until I went into labour in the loo, my tests came back negative & doctors said I was fat.

And we previously covered…People tell me I’ll regret not having kids but I prefer sleeping in and having extra money.