A PRENATAL coach has revealed a surprising item she always recommends to help with labour pain – and it costs just 99p.

Julie, who posts under the Strong Body Strong Mama account on TikTok, took to the social media site to share a video explaining the clever, cheap hack. 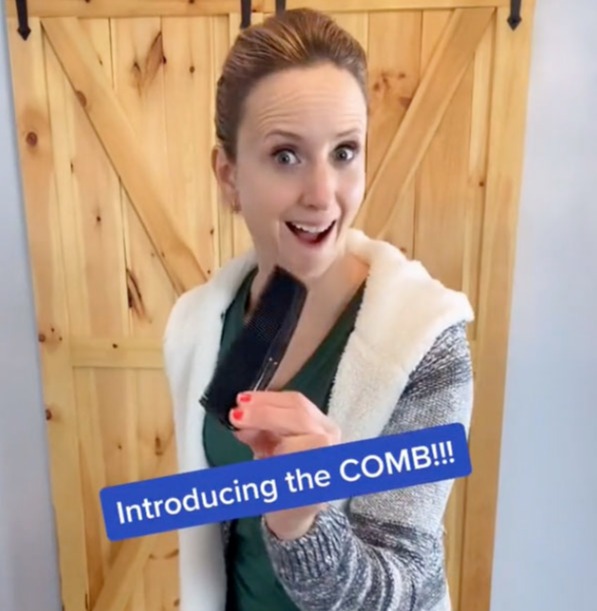 "What’s 1 tip people probably don’t know that can help them feel less pain in labour?" she began the video.

Holding a simple plastic hair comb, which costs from around 99p in most shops, Julie advised to "place the teeth of the comb just below where your fingers meet with your palm".

Once you have the comb in your hand, hold it tightly and "practice diaphragmatic breathing".

"The distraction & the acupressure points can help you feel less pain," she added.

Despite Julie rating the tip, those in the comments section were unsure whether or not the trick would help with the pain of being in labour.

"Yeah labour pains hurt so bad that I would just throw it at someone," someone wrote.

"I screamed like I was having an exorcism… don’t think a comb will help the pain of a baby coming out in less than 2 hrs lol," another added.

Others had more success with the trick, with one woman writing: "The comb got me too 4cm at home and then 7 at the hospital before exhaustion took over and I went with the epidural.

"Couldn’t have made it that far." 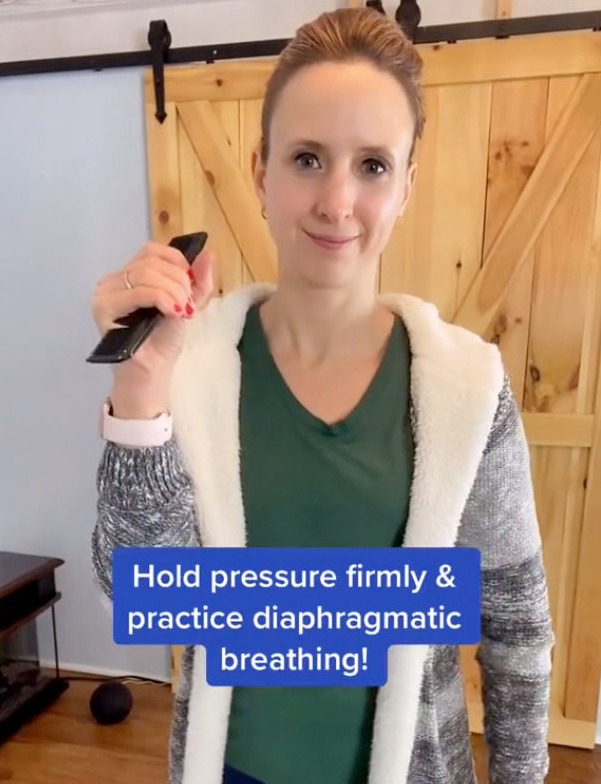 And another added: "Ahhh! I’m a midwife and I absolutely love when women use a comb!

"It’s such a good pain distraction."

"This helped me not get an epidural!! Worked wonders!" someone else wrote.

In other labour news, this nurse has revealed the secrets of the delivery room – including the fact she doesn't care if you poo while giving birth.

This woman is raising her baby vegan, but is constantly faced with criticism from trolls who threaten to call child services.