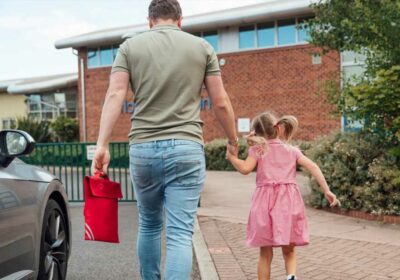 IT'S never easy leaving your little ones at nursery, particularly when they're latched on to your arm or leg.

But with busy work schedules and demanding lives outside of being a parent, nursery is often essential for both adults and kids. 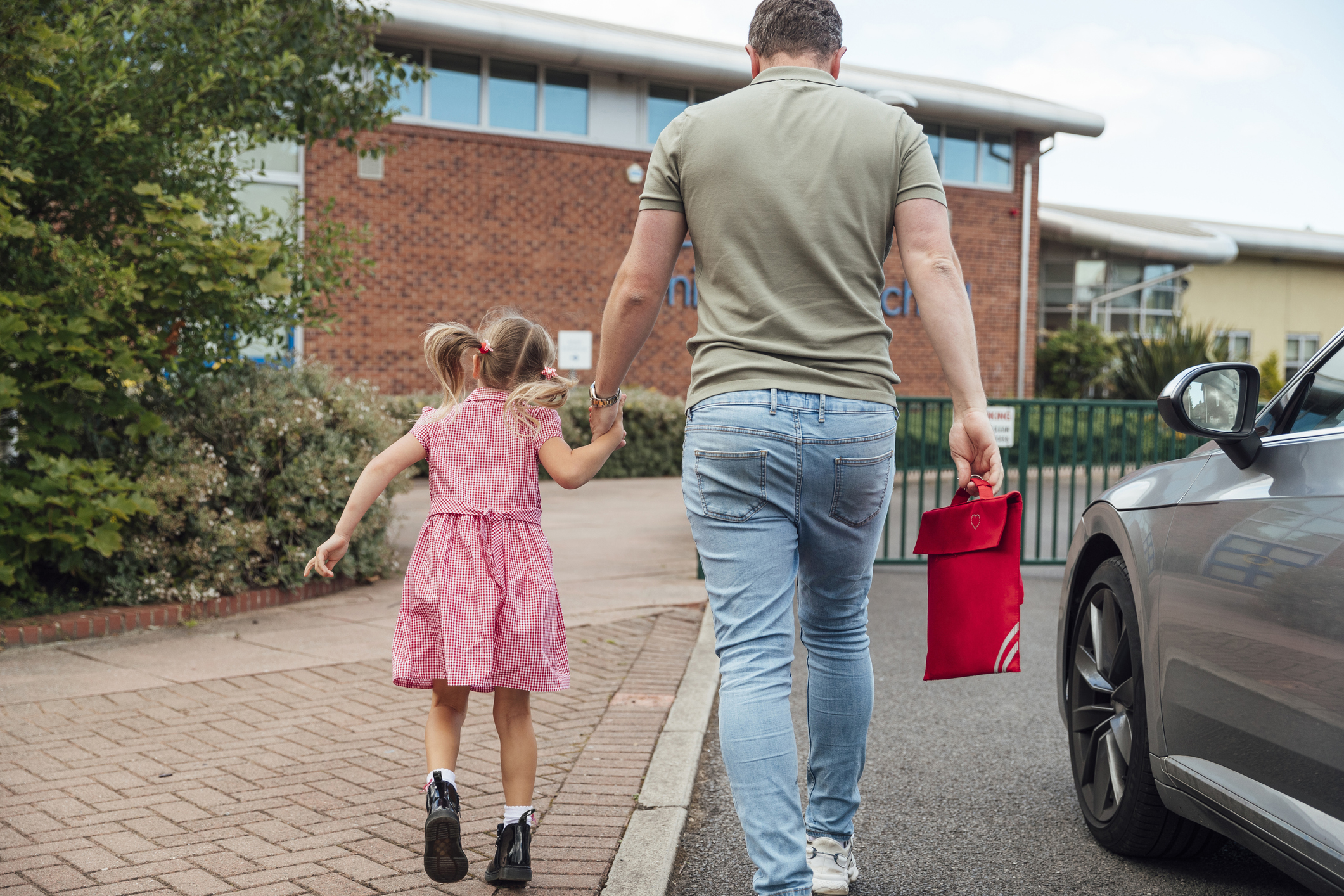 "Nursery staff look after your children and know them well. Some children spend more time at nursery than at home, depending on circumstances, said Sharon Birch, the owner and founder of Footprints Learning for Life nursery in Hartlepool.

"No matter how often your child is at nursery, staff will always help and be able to offer advice on parenting and more. Most are parents themselves. We’re here to help."

While nursery workers are there to help, there are some things parents do which can make their job more difficult – and some can even affect a child's learning too.

From gossiping to wearing your pj's on the nursery run, Sharon tells Fabulous the most annoying things parents do, and things she wishes would stop.

1. Dropping off in pyjamas

While she understands it's sometimes a "mad rush" to get out of the door in the morning, Sharon says "it’s not a good look and not a good habit, and [wearing pjs] does nothing for self-respect and self-esteem."

And believe it or not, this is directed at both kids AND parents with Sharon adding "organisation is key" – so make sure all parties are dressed each morning.

Although, she adds: "We do understand that everyone’s circumstances are different, so we’d rather your child attended nursery than not.

"If you’re in too much of a rush to change your clothes, provide daytime clothing and we’ll change your child the minute they are through the door."

Parents should be packing a spare change of clothes anyway, according to Sharon – as well as plenty of nappies, wipes, formula milk, a comforter and appropriate clothing for all weather conditions.

She says: "Nursery is all about messy play, enjoying activities like painting, gloop, mud, sand, water, and going outside in all weathers – no such thing as bad weather, only inappropriate clothing.

"Please don’t forget comforters like dummies and blankies, those important things that help soothe your child, especially at sleep time."

One of the most annoying things parents can do is linger after dropping their child off, and Sharon stresses you must leave right away.

"Separation anxiety is a normal part of child development," she says. "But if your child is to attend a childcare provider you must leave."

To help, she says to prepare your child for being left with their friends, with exciting activities, and remind them that you’ll be back.

"Be brief, be positive, be firm and kind, be reassuring – ultimately, it’s for you to be resilient – and then to leave. Long goodbyes don’t help you or your child," she adds.

Likewise, hanging around to gossip is a big no-no, whether that's with nursery staff or other parents.

Sharon says if you have something pressing to say that’s sensitive, the manager’s door is always open, adding that "we’ve heard it all."

She adds: "We are compassionate, sensitive and understanding. We can help. But we won’t gossip."

5. Sneaking out when your child isn’t looking

While lingering is discouraged, so is sneaking out when your child isn't looking.

Sharon says: "Children look to see if their parent has left and when they notice, fear that you’ve gone is reinforced.

"Young children depend on their parents for managing their emotions, andget security and courage from their parents,and if they see you’ve gone without saying goodbye, it can instil anxiety."

Instead, the nursery worker says to "always say goodbye" as it helps your child develop resiliency and expectation.

Nursery workers often get annoyed when parents don't check and clear out their child's bag, according to Sharon, which often contains wet or dirty clothes from the day before.

But things can also make their way in which don't belong – so parents should always check.

"One baby’s bag had a used condom in it! Not a pleasant find for the nursery nurse mooching for a clean nappy," she recalls.

7. Not informing nursery when a child is poorly

Kids can windup feeling unwell out of the blue, but Sharon hates it when parents don't tell their kid's nursery.

"We understand parents have busy schedules, but it’s important to let us know if your child has been out of sorts," she says.

"It’s especially important to tell us if they’ve had medication because, although we have tight controls in nurseries for medicine administration, we do give paracetamol.

"We will have to contact you during your busy working day if we don’t know when they last had medicine, making your child suffer longer. And if a child is really poorly the best place for them is at home."

8. Not letting us know who is picking child up

"If it’s not going to be you, we need to know who," Sharon says, as there are often safety protocols in place which they need to adhere to.

If staff aren't notified, they may very well stop the child from leaving, which could be more of an inconvenience for parents.

"We have passwords and additional security like CCTV and fingerprints systems but we know sometimes someone else may need to collect your child.

"We won’t ever let a child leave with someone not authorised and if you don’t tell us and a stranger turns up, we’ll need to contact you before we let them go."

Bribing kids with sweets almost always works in getting kids to do what you ask, but Sharon says parents should not do this when dropping their kids off at nursery,

She says: "Sweeties or comfort food early in the morning can be used as a bribe, but this means your child won’t eat breakfast when they come to nursery and will cling onto their sweets, or chocolate or whatever they’ve been coerced with. "

This is an issue because none of the other kids have the same sweets, and some might been be allergic – and Sharon warns that "no one needs a sugar rush early in the morning."

"If you’re late and missed breakfast, don’t worry, have a quiet word with the nursery nurse and we’ll provide something appropriate. It’s really not a bother and we’d rather provide fruit or cereal than a sugar high," she adds.

We all get a little held up from time to time, but Sharon and her staff don't like it when you're late.

"If your child is late they miss part of the session and it puts them out for the rest of the day if they feel they’ve been rushed or have missed something, she says.

"If we have an outing or activity planned, your child needs to be there from the beginning. Also, if you are late to collect your child at the end of their session, they may feel anxious, left behind, and it can create a deeper separation anxiety."

It might also mean staff have to stay back, and you may even be charged an additional fee – and some late charges are pricey, she warns. 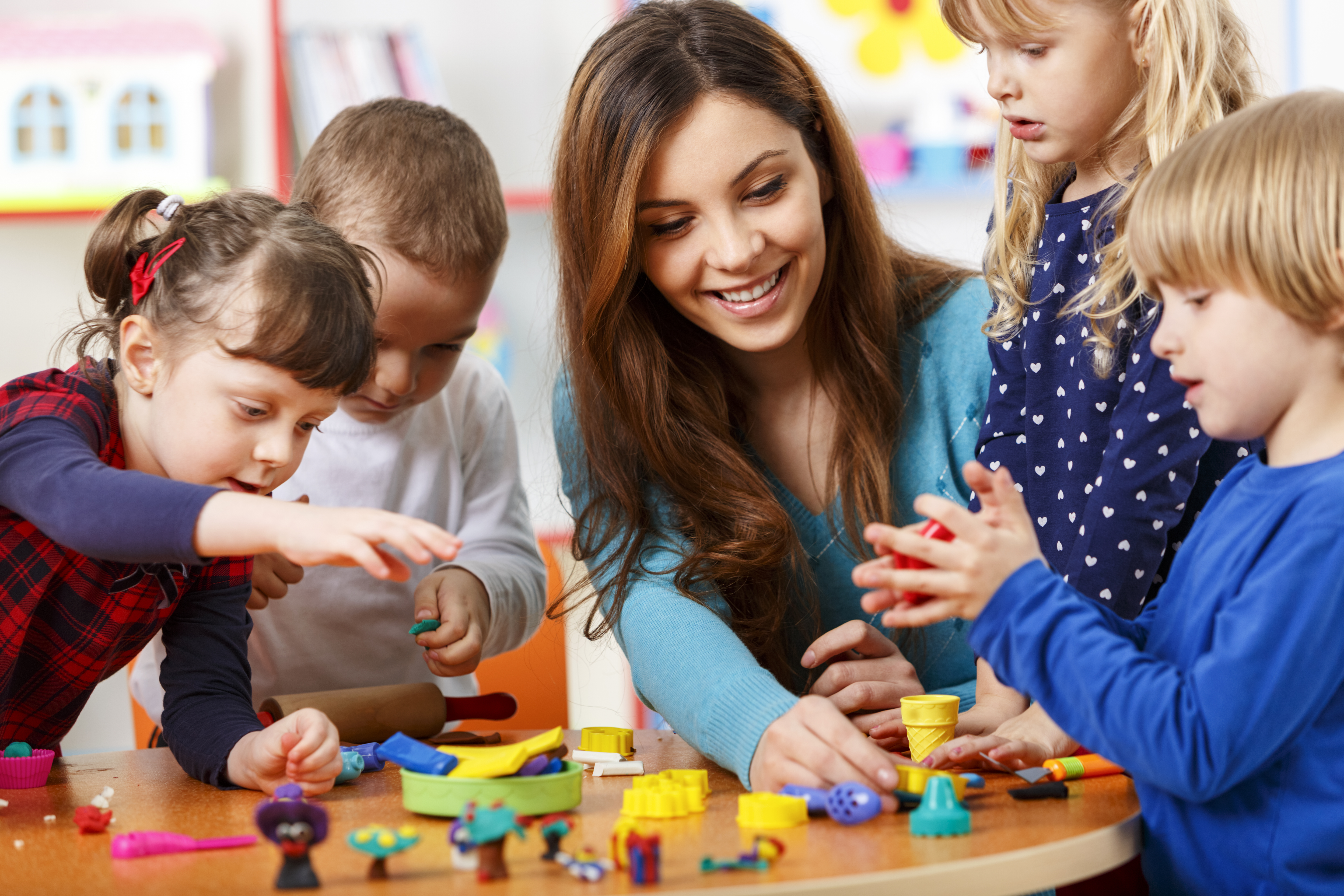 Plus a parenting expert revealed how to get your kids loving bath time – even if you think they hate it.

In more parenting news, a sleep expert reveals how to tell if your baby is tired… and why it all changes when they’re three months old.