THE bathroom is one of the dirtiest rooms in our homes.

But it is also one of the ickiest to clean, so many of us tend to ignore it for extended periods of time. 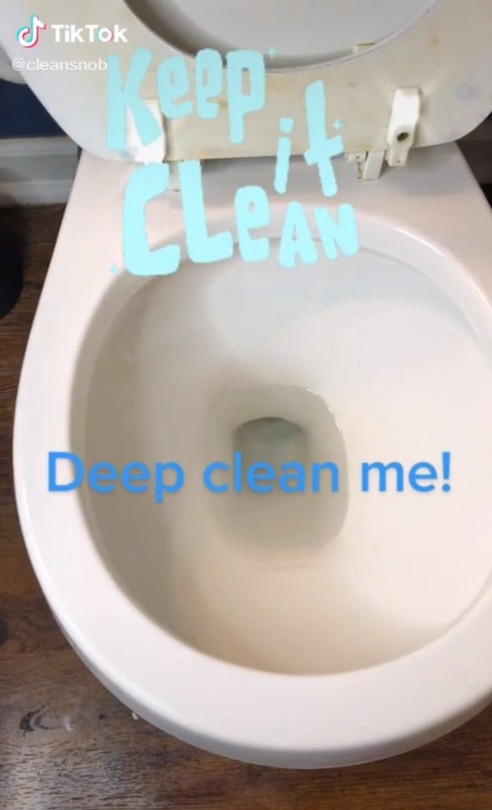 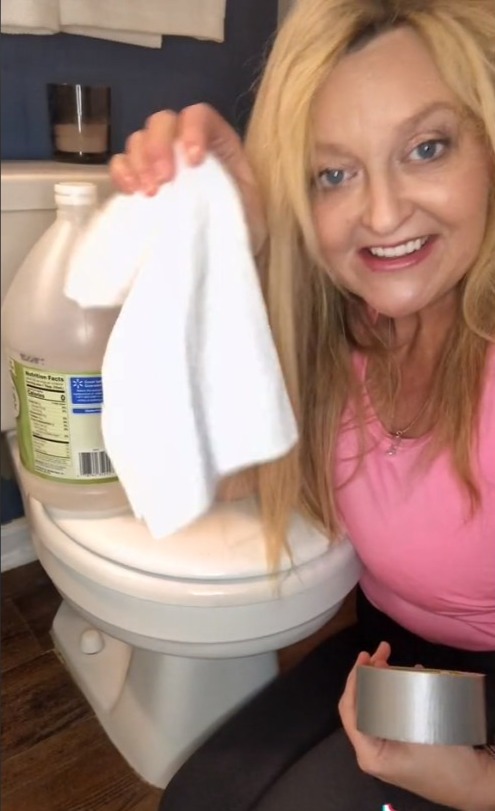 If you’ve ever looked inside your toilet after a long bout of no-cleaning, you’ve noticed the ugly black mold that grows around the rim.

One TikToker, who goes by @CleanSnob, said she knows how to stop that from appearing.

“Do you clean the black mold on your toilet bowl rim and it comes just right back?” she began.

The expert pulled out three items:

“Some duct tape, some vinegar, and a nice clean rag.”

I'd wake up & buy vodka instead of getting kids from school, says Michelle Heaton

She began by turning off the water valve connected to the toilet. She then flushed it so that the remaining fluid disappeared, and proceeded to dry the bowl with her rag.

“Make sure you get all the water out. Dry it off nice and good,” she said.

Next, she lined the inside rim with pieces of grey tape.

“Apply the duct tape. It’ll stick good as long as there’s no water. Cover all the holes, making sure it’s nice and secure.”

The final step involved pouring a whole jug of vinegar into the back tank of the toilet where the water usually fills up.

“After you’re finished pouring the vinegar, flush and wait 24 hours.”

The trick appeared to be useful for some viewers. One commented: “I love it. The tank and the rim is usually the culprit. I would also sprinkle some baking soda inside the bowl, it suds and softens grime.”

Another stated an issue they saw with the method: “24 hours?! With only one bathroom, that’s a problem!”

If you have the time – or the bathroom count – it’s worth a shot. 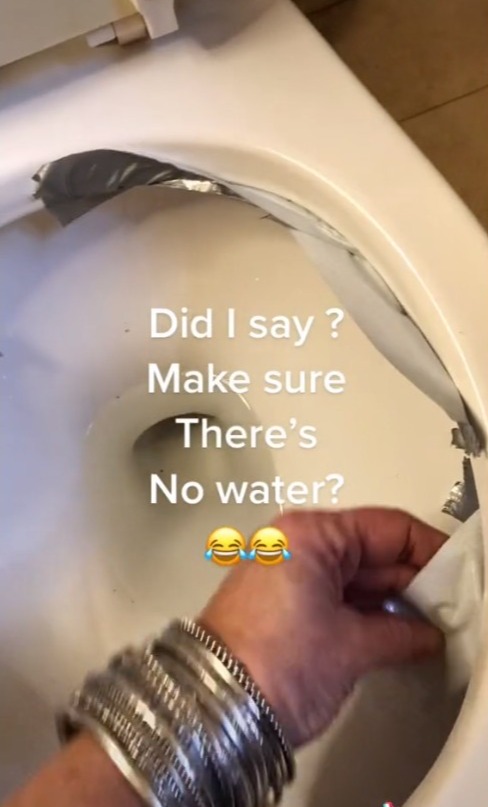