Home » Fashion » I was tired of being ghosted – now I send my dates ‘exit interviews’ to see what I did wrong, how else will I learn?

I was tired of being ghosted – now I send my dates ‘exit interviews’ to see what I did wrong, how else will I learn?

It’s even harder when you have no idea why someone lost interest in you. 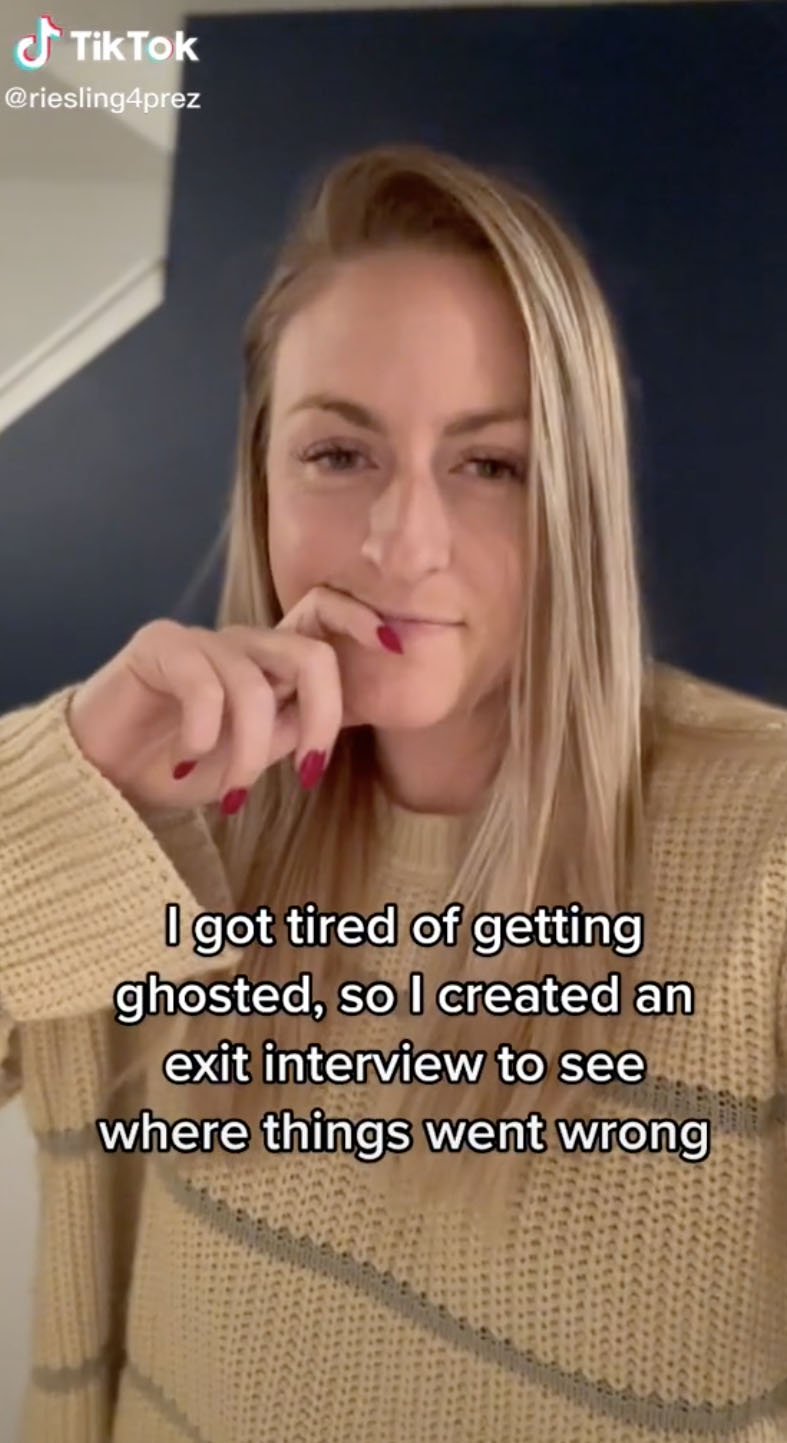 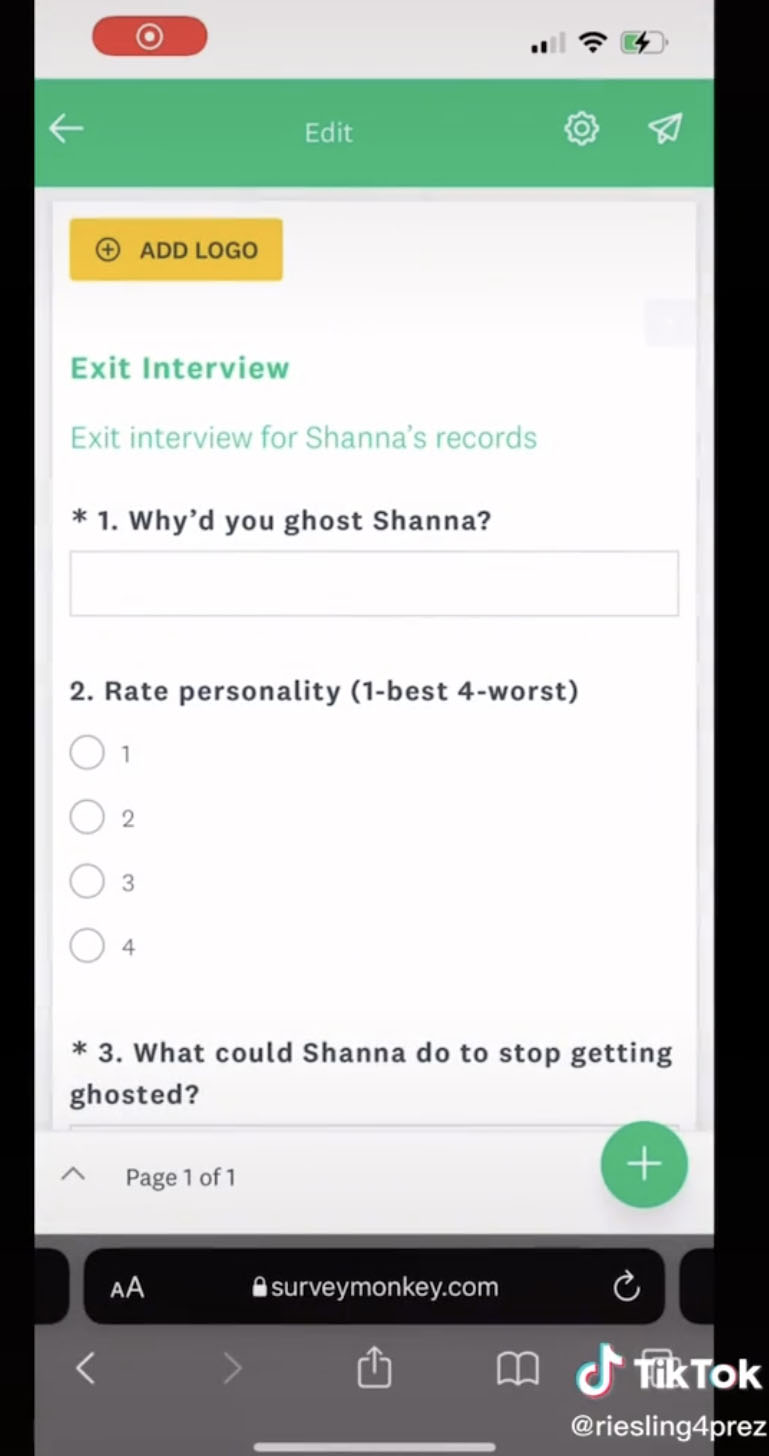 Well one woman on TikTok claimed she has the answer for dealing with guys who ghost her—and it’s kind of genius.

“I got tired of getting ghosted, so I created an exit interview to see where things went wrong,” the woman, who goes by @riesling4prez, explained in the video.

The quiz consisted of six questions and was hilariously formatted to look like an HR survey.

Question one required a short answer: “Why’d you ghost Shanna?”

The third question asked daters to elaborate: “What could Shanna do to stop getting ghosted?”

The fifth question, a short-answer, involved some self-reflection for the quiz-taker himself: “If you could tell Shanna one thing before she forgets who you are, what would it be?”

The final was an inquiry into her humor: “Rate jokes (1-amazing 4-boring af).”

At the end of the video, she showed her text conversation with a man named “Rob” who hadn’t answered her previous two messages.

She sent him the survey link and told viewers she would report back with results.

This isn’t the first time we hear about dating interviews from singletons on TikTok.

Back in November, a woman named Katrina said she was on the receiving end of one of these surveys.

After Katrina agreed to go out with a man named Graham, he sent her a google form to help him plan the perfect date.

In the form, Graham offered a variety of different date options: dinner and a film, an outdoor hike, a beach day and ice cream.

He even asked what time she wants the date to start, what foods she likes to eat, and what level of fanciness she expects.

According to Katrina, the date went very well.

But to her surprise, Graham followed up their evening with another survey: an exit interview.

And those questions were just as hilarious as the dating ones:

"On a scale of Awkward to Charming, how would you rate Graham's performance?” read one.

“Describe our date as a shade of blue,” was another.

A third question playfully asked Katrina to tick off any physical or psychological side-effects she may have experienced from the date, such as: nausea, heartburn, fear of the abys, foot pain, cared for, heard, and loss of smell or taste.

The more you know! 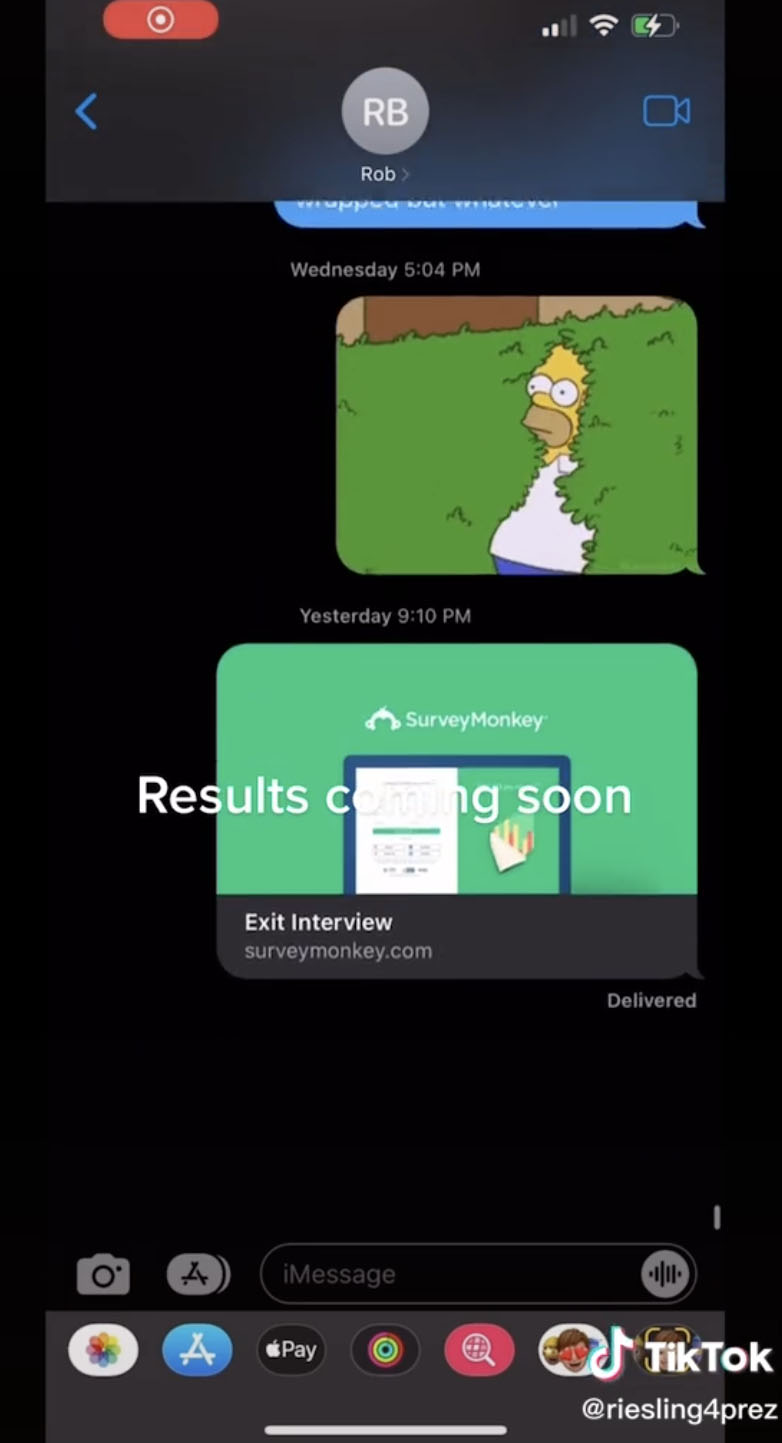