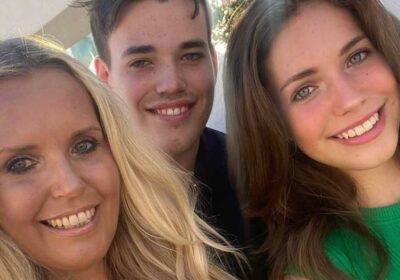 A SINGLE mum-of-two has revealed how she transformed her life by starting her own business.

Caroline Strawson, 48, was made homeless in 2013, but now lives in a £600k house and sends her children to private school after turning her side-hustle into a million pound business. 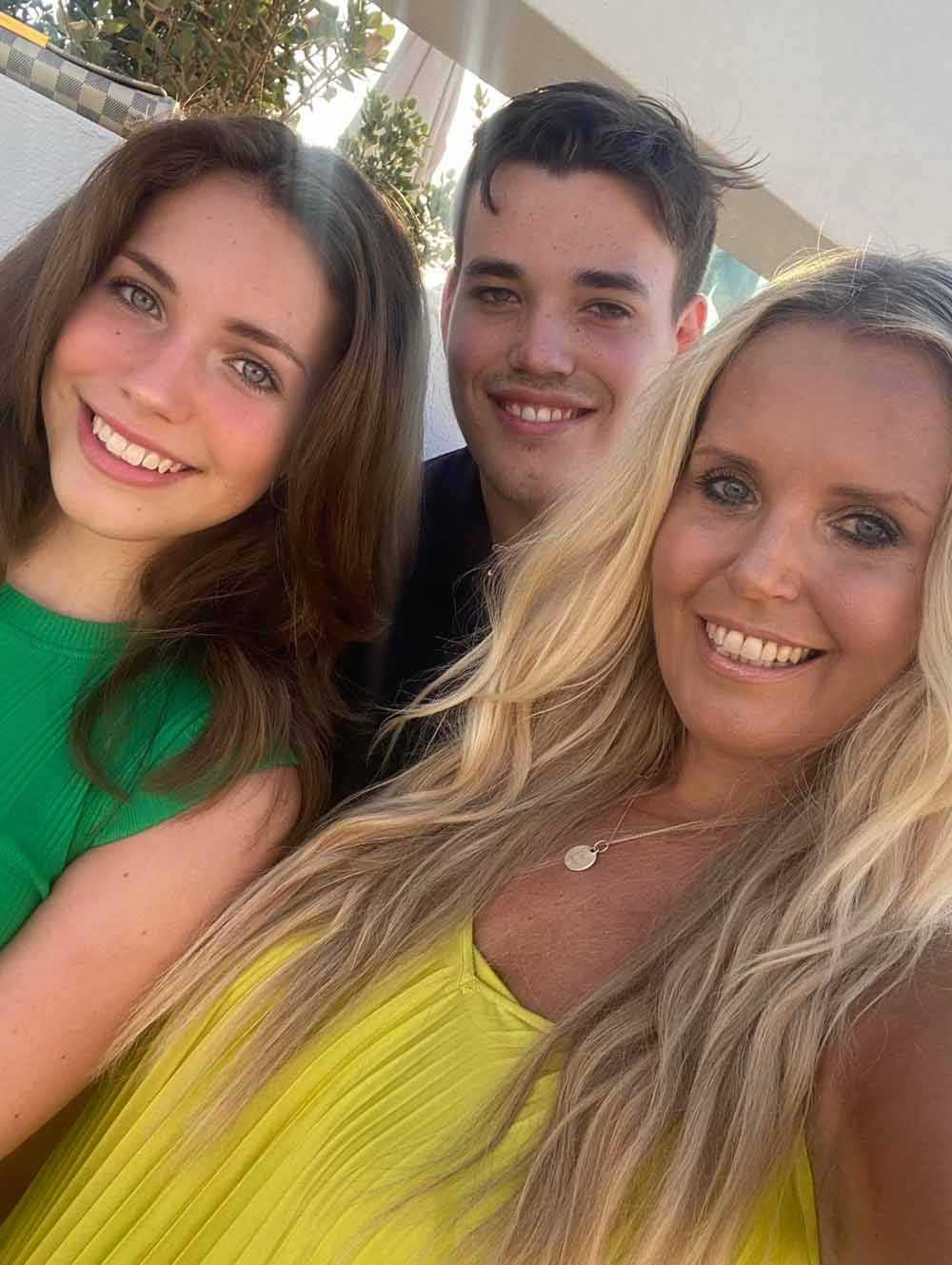 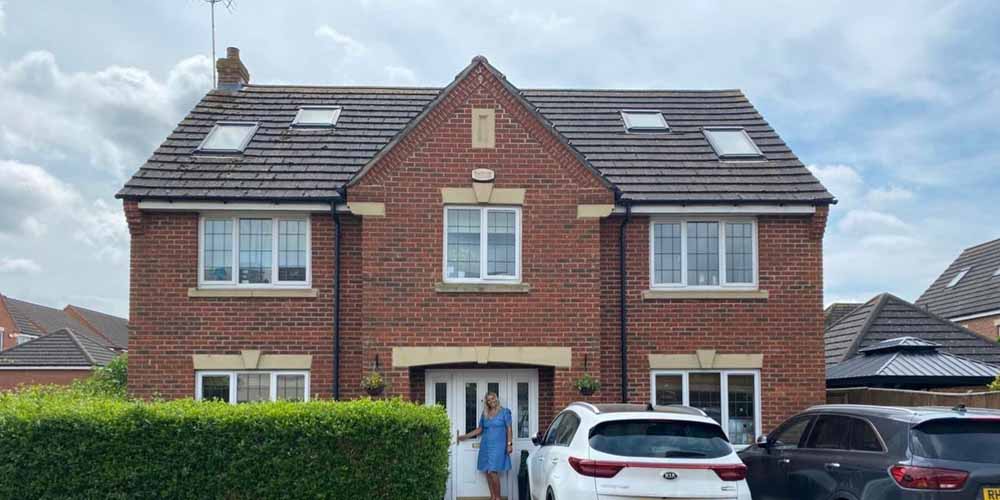 Caroline, who lives in Northampton, hit rock bottom in April 2013 when her home was repossessed after she failed to pay her mortgage.

The distraught mum was left not knowing where the money would come from to pay for her children's dinner.

Finding herself homeless with two children, Caroline was forced to ask her dad, John Hovland, 81, a retired chemical engineer, to be her guarantor so she could rent somewhere and put a roof over their heads.

Now, Caroline is a hugely successful trauma therapist and divorce coach, living with her two children William, 17, and Maddie, 14, and her second husband, Simon, 51, a mortgage broker. 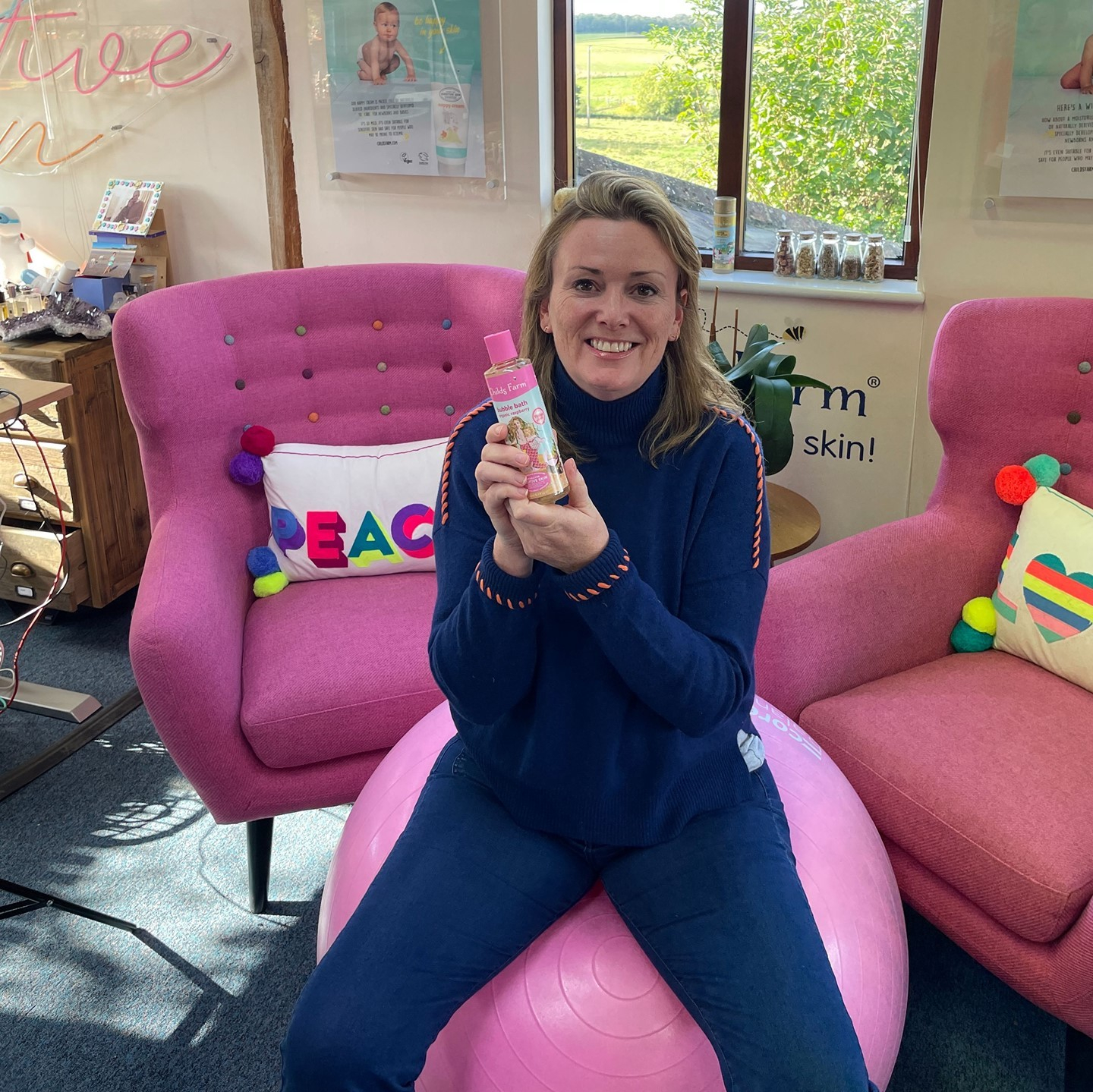 “I still have to pinch myself sometimes” She said: “I can’t believe this is my life, I’m amazed that in 2013 I was homeless with two kids when I look at the contrast to my life now.

“I offer healing and coaching programmes to help people move on from their past and, in the last year alone, my business has turned over £1.3m.

"But there were times when things were at their worst when I’d look at my bank account and there would be literally 20p in it.

“I always made sure to cook them solid meals with whatever I could find in the kitchen, but I’d live off a piece of toast so that we could get by.

“I remember the kids would sometimes find pennies on the floor and give them to me to try and help.”

Caroline’s nightmare began in 2009, after her mother Linda Hovland, died suddenly, aged 68, from an aneurism.

She said: “Things started to take a downward turn in 2009. I’d suffered four miscarriages before falling pregnant with my daughter.

“My mum passed away very suddenly that year and not long after, my first marriage fell apart.

“I’d been a full-time mum at that point, focussing on raising the kids and, suddenly, I had a mortgage and bills.

“It goes without saying that I couldn’t keep up with them.”

Caroline’s home was repossessed in April 2013 after she was unable to make her mortgage repayments.

She said: “I was homeless with two kids and I felt mortified.

“I ended up having to ask my dad to be my guarantor so that I could rent somewhere, which I found so embarrassing.”

At her lowest point, she admits to feeling suicidal, but kept going for her kids.

"Even on the nights when I couldn’t afford to feed myself and felt like it was never going to get better, I knew I couldn’t give up while I had my two children relying on me.”

Caroline started looking for work, but also tried her hand at starting her own venture to make some extra cash.

She said: “It started just as a little home based business at the end of 2013.

"It was a network marketing company which I built using Facebook. It worked well for me because I could hide behind a screen, as I was suffering really badly with anxiety.

“The only reason I didn't become agoraphobic was because if I didn't take my children to school, nobody else would.”

Perseverance soon saw Caroline turning a corner and her business providing her with a steady income.

“Then, as I got to know the people I was working with, I realised a lot of them were dealing with trauma from past relationships and, with a divorce under my belt, I wanted to be able to help them.”

Deciding to retrain as a therapist, once qualified in 2017 Caroline started setting up a free advice group alongside her paid for counselling work.

She said: “I wanted to help people in any way I could, so I am now an accredited divorce coach with psychotherapy training.

“I have a Facebook group of over 24,000 women who I help on there for free and I have a podcast which is free to listen to and has had over 1.7 million downloads in the last 18 months.

“I also offer paid for healing and coaching programmes to help people move on from their past and, in the last year alone, my business has turned over £1.3m. I also employ eight people now which is incredible.”

But it is not just her clients who have benefitted from Caroline’s new career path, she also says her children have noticed a marked difference in their mother.

She said: "“I look back at old photos and I don’t even recognise the woman I used to be.

“There’s an old photo of me wearing a grey tracksuit and I can remember very clearly feeling so low in that moment, I just wanted to be invisible. I don’t feel like that now.

“I’m building a legacy for my children now, so they never have to go through what I went through.”

She said: “Last year I bought a £600K house entirely in my name.

"Getting to share this exciting moment with my kids was wonderful. I think it's really opened their minds up to what's possible in life.

“My children both also see what's possible with the money that I now have, with the people that I help and the charities that I donate to and that makes a really big difference.

"It’s great that we can go on nice holidays and do lovely things. They've gone through a private education and they'll go to university, which is brilliant.

"But it's important that they realise the money we have has given us security and that they see the good we can do with it, too.

"I'm always reinvesting and looking for ways of helping and supporting other people as well.”

She said: “I met my husband Simon on the Plenty of Fish dating app and we just hit it off. He has three children from a previous relationship and was really family focussed.

“My children adore him which was so important to me. We got married in 2018.

“I feel a new zest for life that I thought I’d never have again.

"I’ve rebuilt my life from the ground up and it feels amazing to be self-made.” 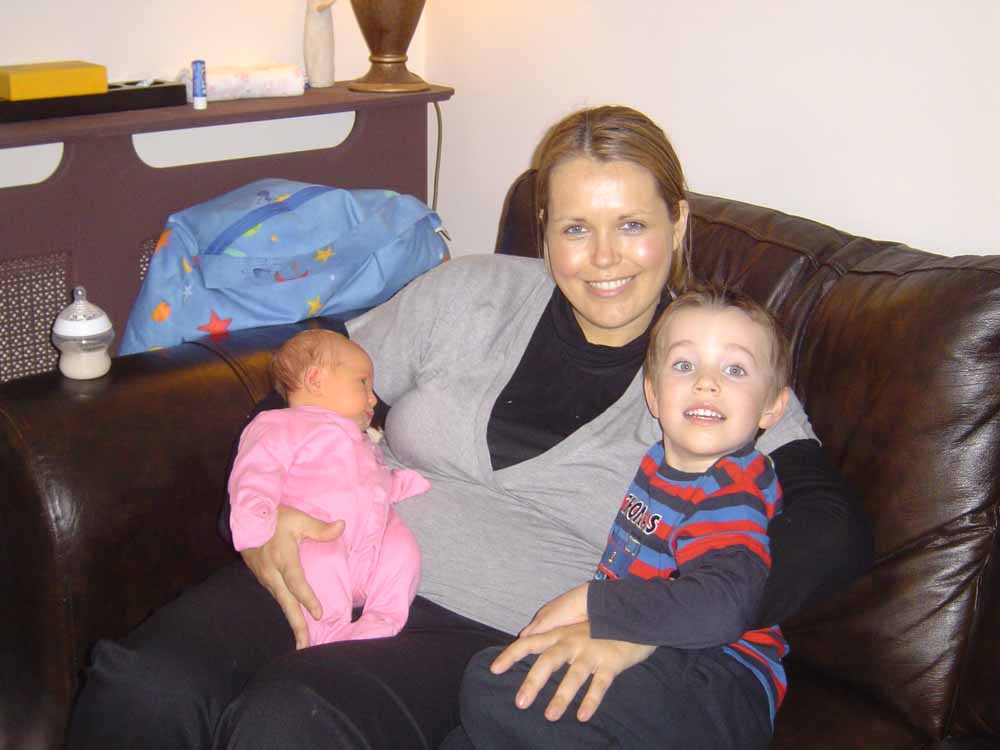 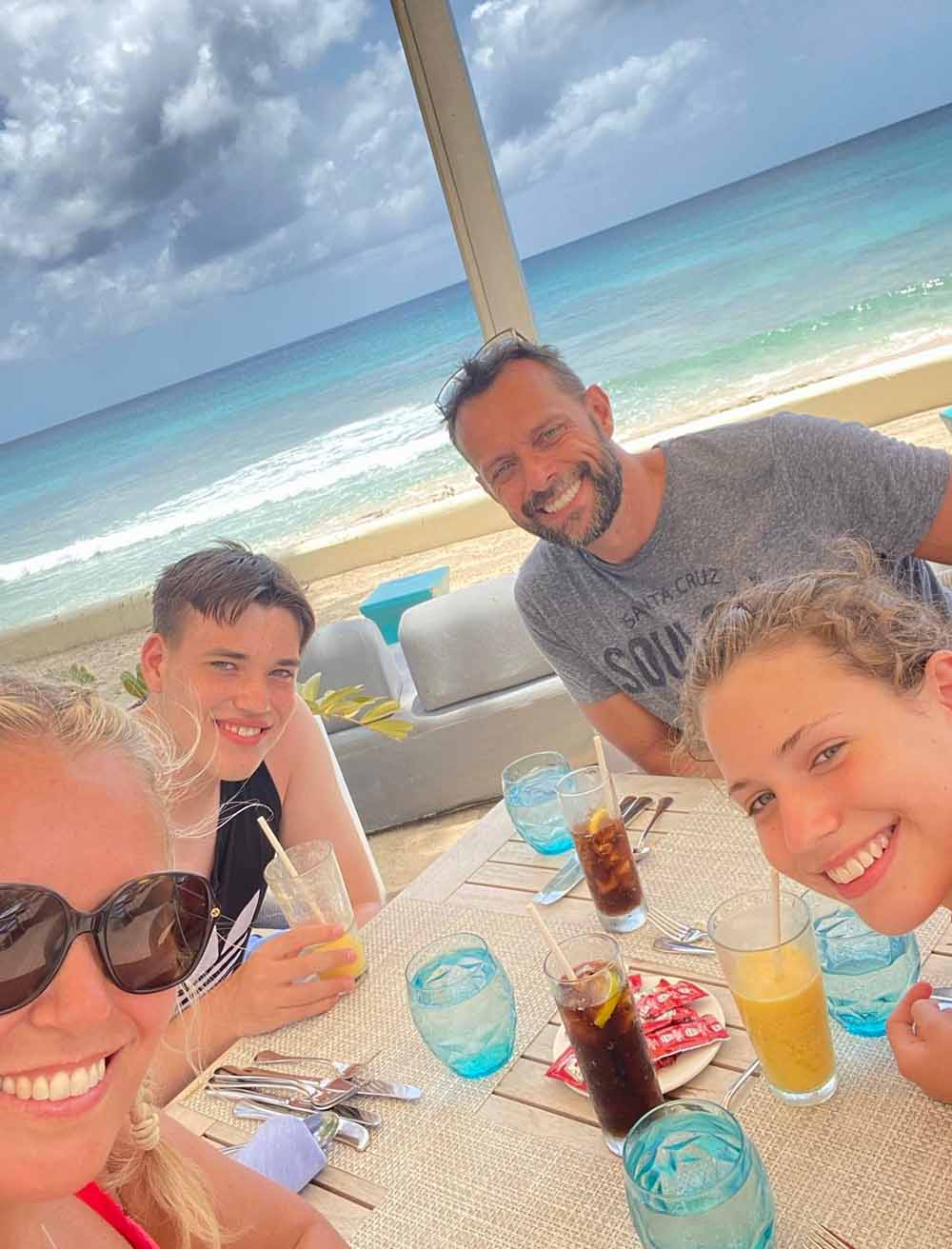