Home » Fashion » I miscarried moments before walking down the aisle – I told my husband after we said ‘I do’, we just broke down in tears

I miscarried moments before walking down the aisle – I told my husband after we said ‘I do’, we just broke down in tears 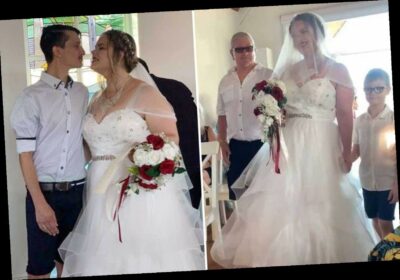 A HEARTBROKEN mum has told how she miscarried moments before walking down the aisle at her wedding.

Kate*, 29, and Tim*, 32, from Gold Coast, Australia, tried to conceive for six months before falling pregnant, only to lose the baby on their big day. 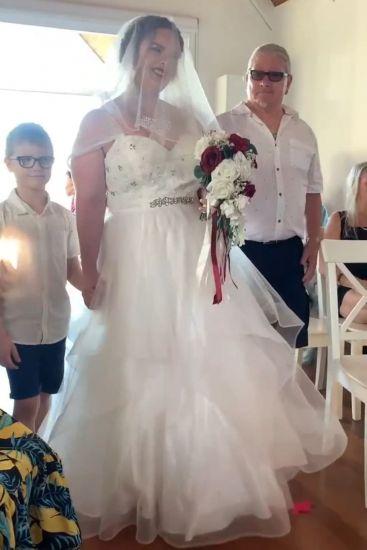 The couple found out just two weeks before the wedding that they'd soon have a sibling for their one-year-old son Liam* – and had planned to tell their friends and family at the ceremony.

Speaking to Kidspot, Kate revealed: "I found out I was four weeks pregnant, I was over the moon.

"I couldn’t wait to surprise Tim, so I made a chocolate explosion box with a little baby suit in it and a message that read, ‘Let the next baby adventure begin.’ When he opened it up, he cried, he was so excited.”

Not only were Kate and Tom they eagerly awaiting the addition of a new family member – a third child for Kate who has a nine-year-old son Noah* from a previous relationship – the wedding day they had been planning for a whole year was finally here. 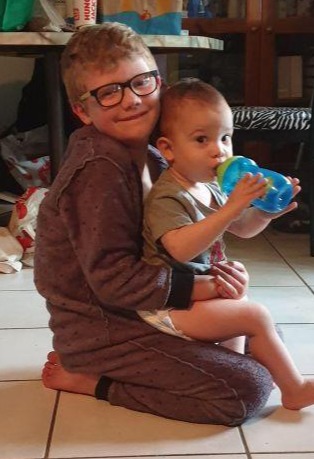 “We couldn’t wait,” Kate said smiling. “We planned on doing a big reveal and telling all our family and friends at our wedding.”

But two days before the nuptials, when Kate was six weeks and five days along, she suddenly felt something was very wrong with her baby.

When she went to the bathroom, she saw “brown discharge” and felt cramping that was similar to period pain.

However, her worries were allayed when a dating scan that morning showed her unborn child was growing healthily.

We planned on doing a big reveal and telling all our family and friends at our wedding.

“We heard the heartbeat and the baby was the right size and in the right place, so I cried from relief,” she vividly recalls.

That night, as Kate bid farewell to her family at the wedding rehearsal, her worst fears had returned.

“I felt a massive downpour of blood and the pain in my back start to get worse,” she emotionally remembers.

“I knew then I was miscarrying the baby… there was no chance of survival.” 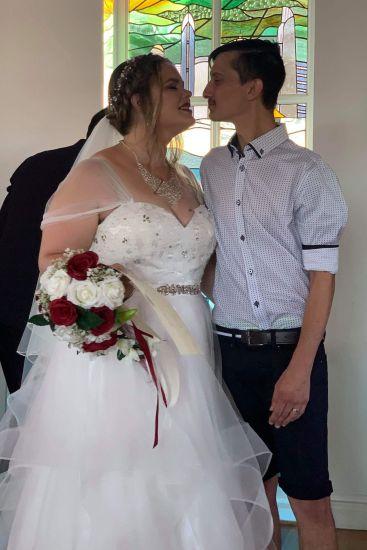 Despite their intense grief, Kate and Tim decided to go ahead with the special day they had meticulously planned and saved for.

“I knew in my heart I still wanted to marry the man of my dreams – we love each other and so we would get through this together.”

Unfortunately, their heartbreaking ordeal was far from over.

On Sunday, March 14, the day of her wedding, Kate felt her cramping become more severe.

As she made a final trip to the bathroom before walking down the aisle, the bride-to-be made a devastating discovery.

“This small pod the size of my palm was in my underwear,” she says as her voice trembled.

I walked down the aisle thinking of what we had lost and all that we are going through.

“It was the baby. I was bleeding so much that day I didn’t even know I had passed it – I was in shock.

“I walked down the aisle thinking of what we had lost and all that we are going through.”

Kate waited until the wedding ceremony was complete before telling Tim she had seen their unborn baby.

Later that night, the newly-wedded couple returned to the chapel to farewell their unborn child.

“We buried our baby in a special place in the front garden,” Kate said quietly. 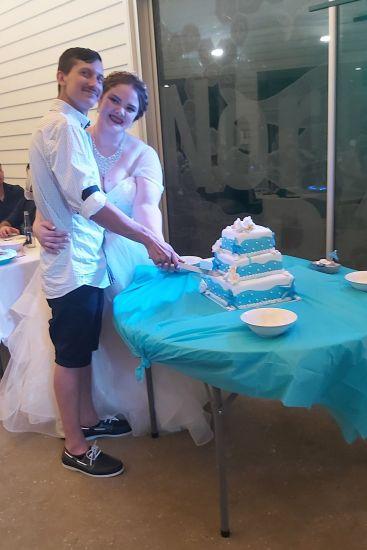 “It showed the love we have for each other and our family. It’s a sacred place for me.”

As she struggles with the grief of losing a child, Kate feels incredibly torn about how to commemorate what should have been one of the happiest days of her life.

“I would like to redo it in some way,” she said.

“How do we celebrate this day now? Is it the day we buried our baby or is it the day we got married? I don’t want to celebrate our marriage – which was full of so much laughter, fun and joy – and have the other thought pushed aside, and vice versa. I just feel guilty for celebrating our anniversary on this day.”

The couple have also decided to begin trying for another child as soon as it is safe to do so.

“I do worry that we might miscarry again,” Kate admitted.

“I don’t know why it happened this time so I’m just going to take things easier the next time around. But I know I can do it because I’m not doing it alone. I know Tim will be there every step of the way. If we fall down again – we’ll pick ourselves up, have a cry and try again.

“If we have to do IVF or adopt, we’ll do what we can. Whatever life throws at us, we’ll get through it together.”

Sunbeams – Britain’s biggest baby competition is back, with £1000 up for grabs!

BRITAIN’S biggest baby competition is back and we are looking for the King or Queen of the crèche.

The Sun is hunting for Britain's bonniest baby.

Not only could your child be crowned the cutest baby, there's also an £1,000 prize up for grabs.

Think your baby has a winning smile? Well, entering couldn’t be easier.

Simply upload a pic – and give us a little info – on our entry form.

Note: you must be a parent or legal guardian of the baby to enter.

We can only accept a photo if you've taken it yourself, or have permission to upload it and enter from the person who did.

And the photo must not have been edited or altered with a filter.

Finally, your baby must be aged two or under on 12 April, 2021 – the last day for submissions – and a UK resident.

Our panel of judges will choose 48 finalists from all the entries.

Parents/guardians of the babies selected will be notified by email before 18 April, when the public vote begins, right here on The Sun.

All good? Best of luck

Meanwhile, a woman was told she couldn't have a baby at 25 and that becoming a mum is ‘medically impossible’.

In other real life news, a woman revealed how she woke up from her Covid coma with a month-old baby.

And a woman revealed how she finally fell pregnant after 22 miscarriages but was forced to terminate the baby twice.