Home » Fashion » I ditched the UK to live with my chocolate-farming toyboy, 19, in Peru – I’d known him 10 days but it’s true love

I ditched the UK to live with my chocolate-farming toyboy, 19, in Peru – I’d known him 10 days but it’s true love 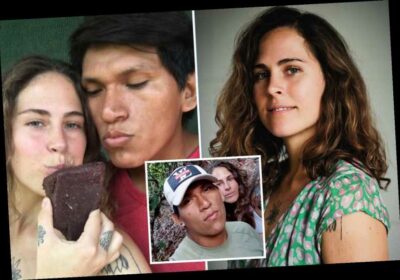 BRITAIN is grey and locked down and many of us are daydreaming of escaping to warmer climes.

But Caroline Knight, 33, has made that fantasy a reality, swapping chilly London for the tropical Amazon jungle where she now lives with her 19-year-old chocolate-farming toyboy. 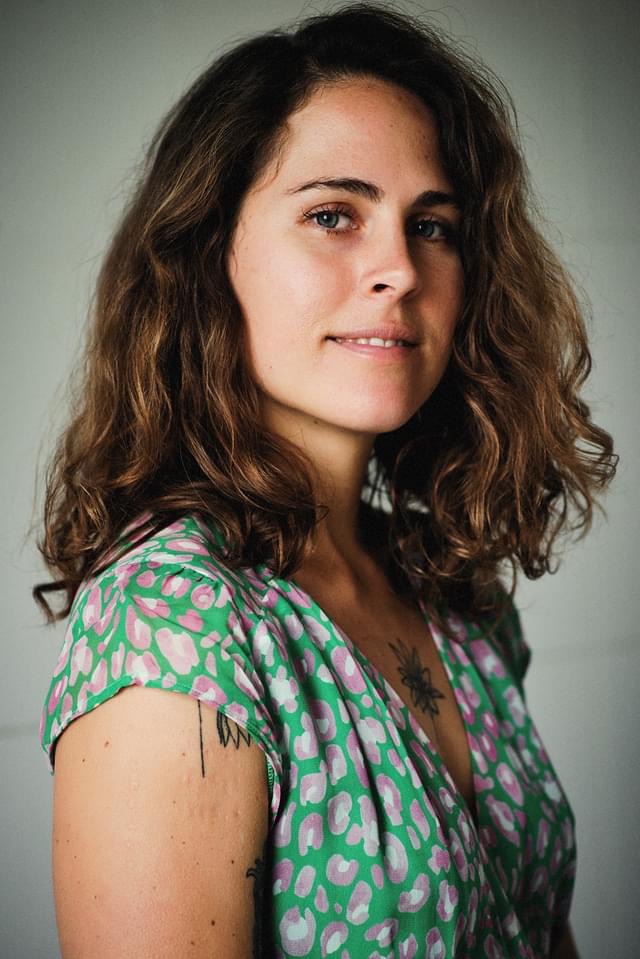 Caroline left the UK to work as a yoga teacher for a ten-day stint in Peru, just before the March 2020 lockdown.

But after falling for local Romulo Roque, she has decided not to return.

She has swapped city life for a home 70 miles from civilisation, washing clothes in the river, living in a wooden hut and working on a cocoa farm.

But Caroline, who used to work as a massage therapist and lived in Stoke Newington, North London, reckons life with Romulo could not be sweeter. 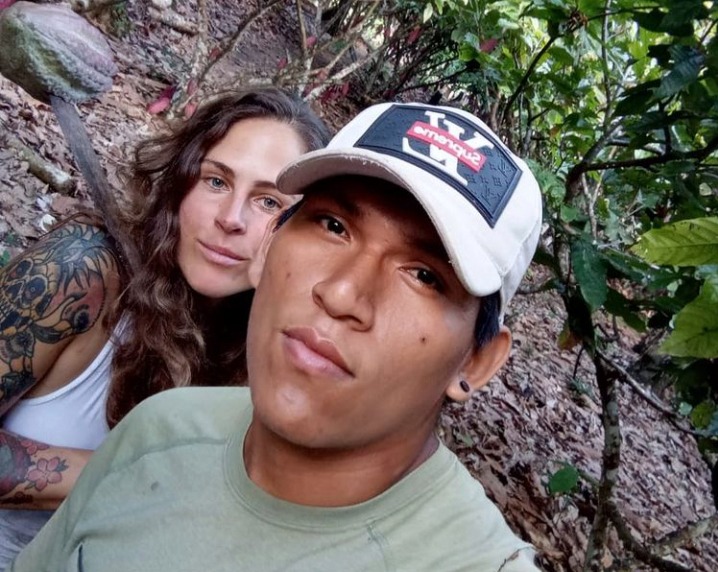 She says: “When I came to Peru to teach at a health camp, I thought I would stay for ten days, go back to London and forget all about it.

“But 326 days later and a lockdown, I’ve found love with Romulo and made the memories of a lifetime.

“Despite the jungle heat, ravenous insects, lack of sanitation and back-breaking toil, waking beside him each morning to the magical sound of howler monkeys calling across the jungle canopy makes all the hardships worthwhile.

“I feel safe and loved with Romulo. There are 14 years between us, but I don’t give it a second thought. 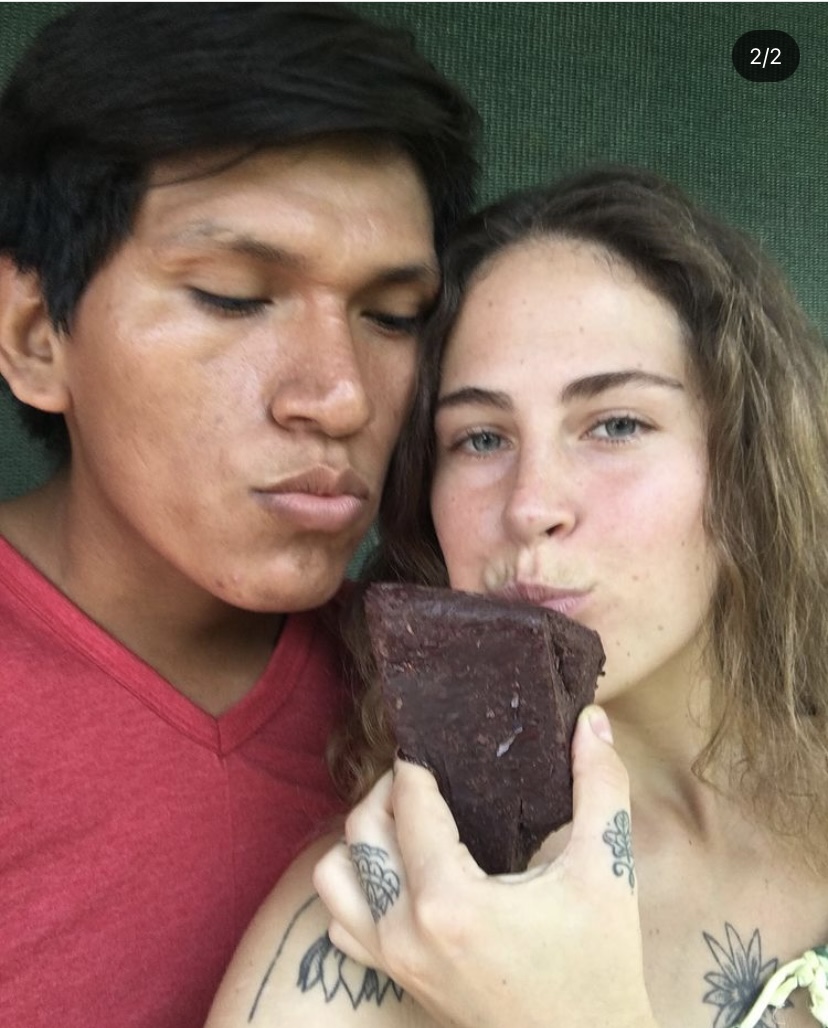 “Last year was the most unpredictable year on record, and I never imagined I’d begin 2021 living deep in the Amazon rainforest.”

Caroline, who also taught yoga in the UK, never thought her whole life would change when she took the teaching role near Puerto Maldonado, Peru, after an invite from a friend.

She says: “The retreat is so far into the jungle — from the city of Puerto Maldonado it was a two-hour drive, a boat ride and a trek to reach it.

“I was feeling really jet-lagged when I arrived, but before long I was mulling over plans to extend my stay so I could see more of Peru. 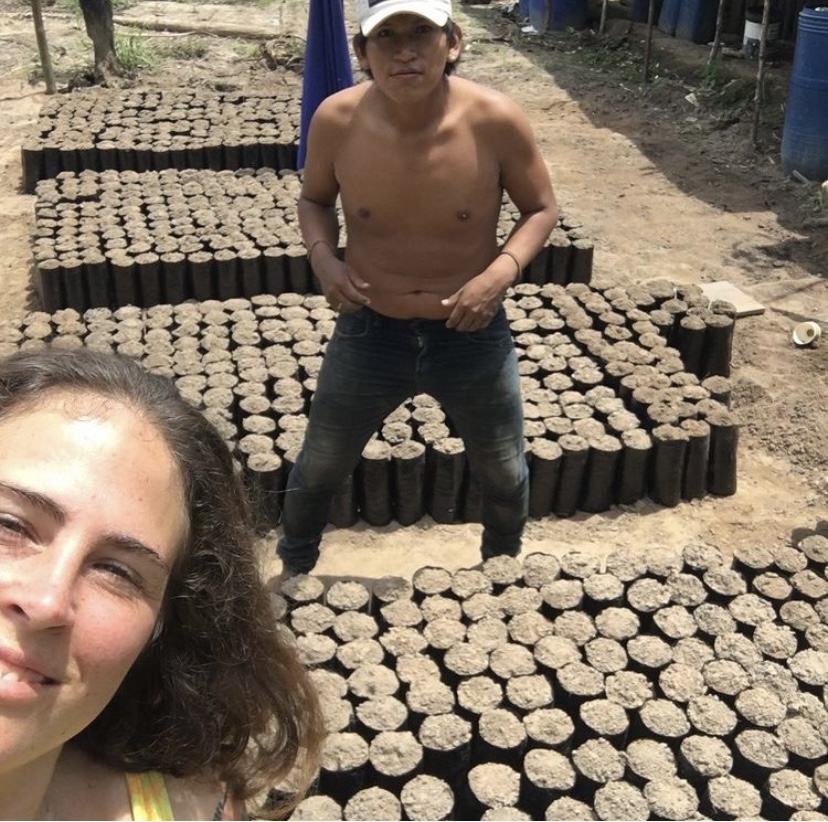 “I noticed Romulo — he worked as the handyman and looked after the animals. He was shy and whenever I said hello, his eyes would dart to the ground.

“I think it was maybe awkward for him as he was wary of coming between a developing relationship between me and another person at the camp. But the feelings I had for him were instant.”

Halfway through the retreat, Peru announced a national lockdown because of Covid-19.

The dozen-strong group, mostly Brits, were given the option of staying on in the jungle, or returning to 70-mile distant Puerto Maldonado. 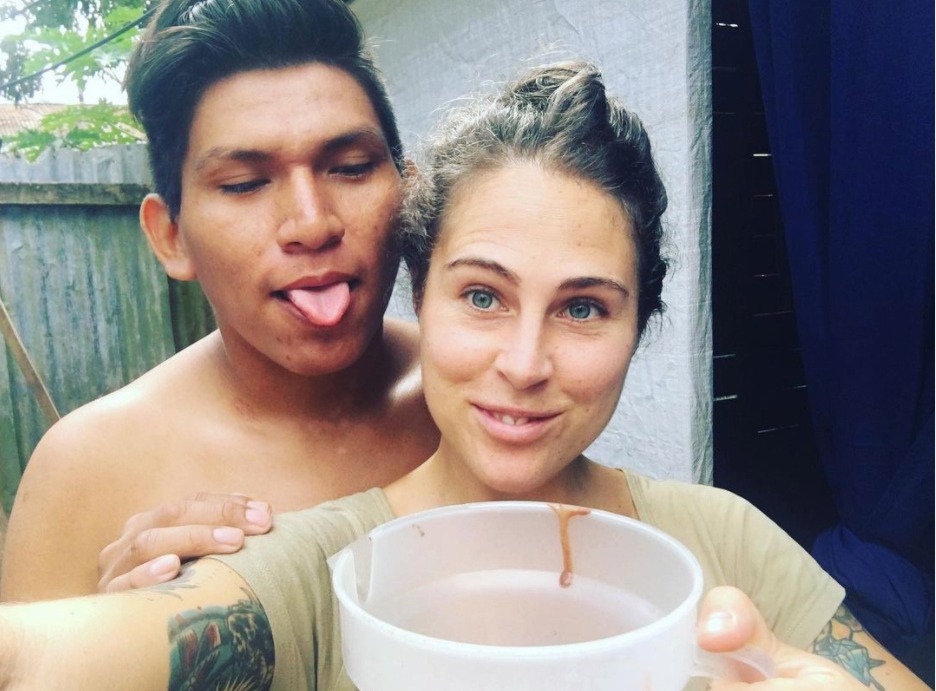 Most of them left and Caroline says: “I wanted to stay but I was in survival mode and would have more options in Puerto Maldonado. I decided to find a £10-a-night hostel room and wait out the quarantine.

“It was a wooden hut, but there was a view of the river from the terrace, and a pool.”

As Caroline waited for the Peruvian quarantine to be lifted, she found herself pining for Romulo.

She says: “He didn’t have a phone and I had no idea if I’d hear from him again. But ten days into lockdown, a Facebook message popped up from Romulo. He’d borrowed a phone. 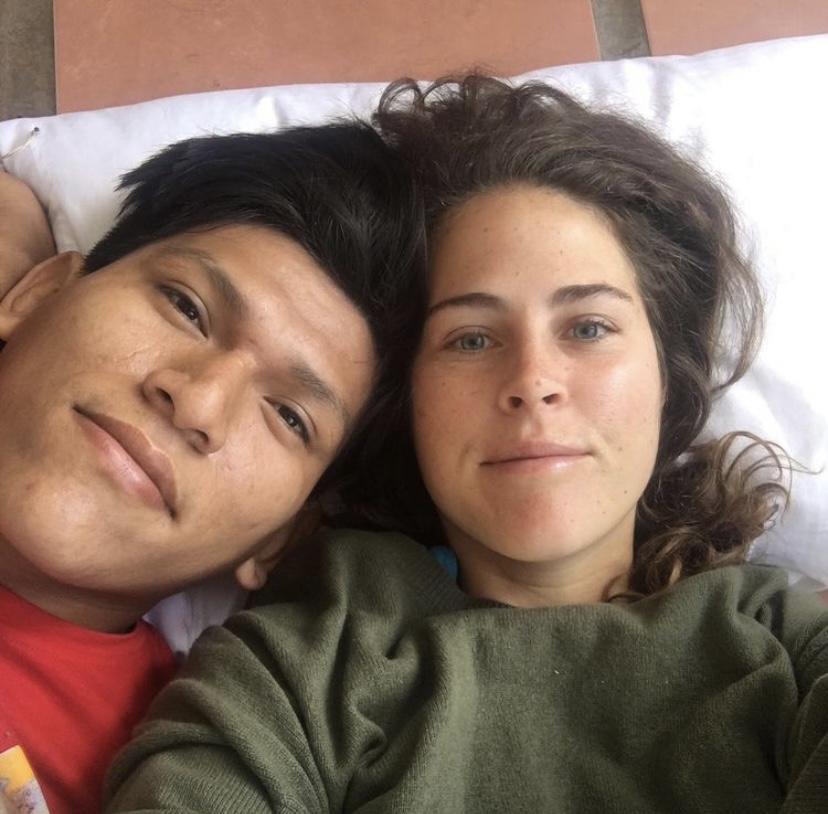 “He doesn’t speak any English, but I know enough Spanish to get by. We chatted for ages and then he said, ‘I have something to tell you — I think I love you.’

They chatted weekly then Romulo announced he was coming to Puerto.

She says: “It was an amazing, passionate week. It was the first time we’d slept together and all I’ll say is we had a lot of fun.”

Then Romulo returned to work on the family farm.

Caroline says: “This period was miserable and lonely. Everyone else had gone back to the UK. I was alone. 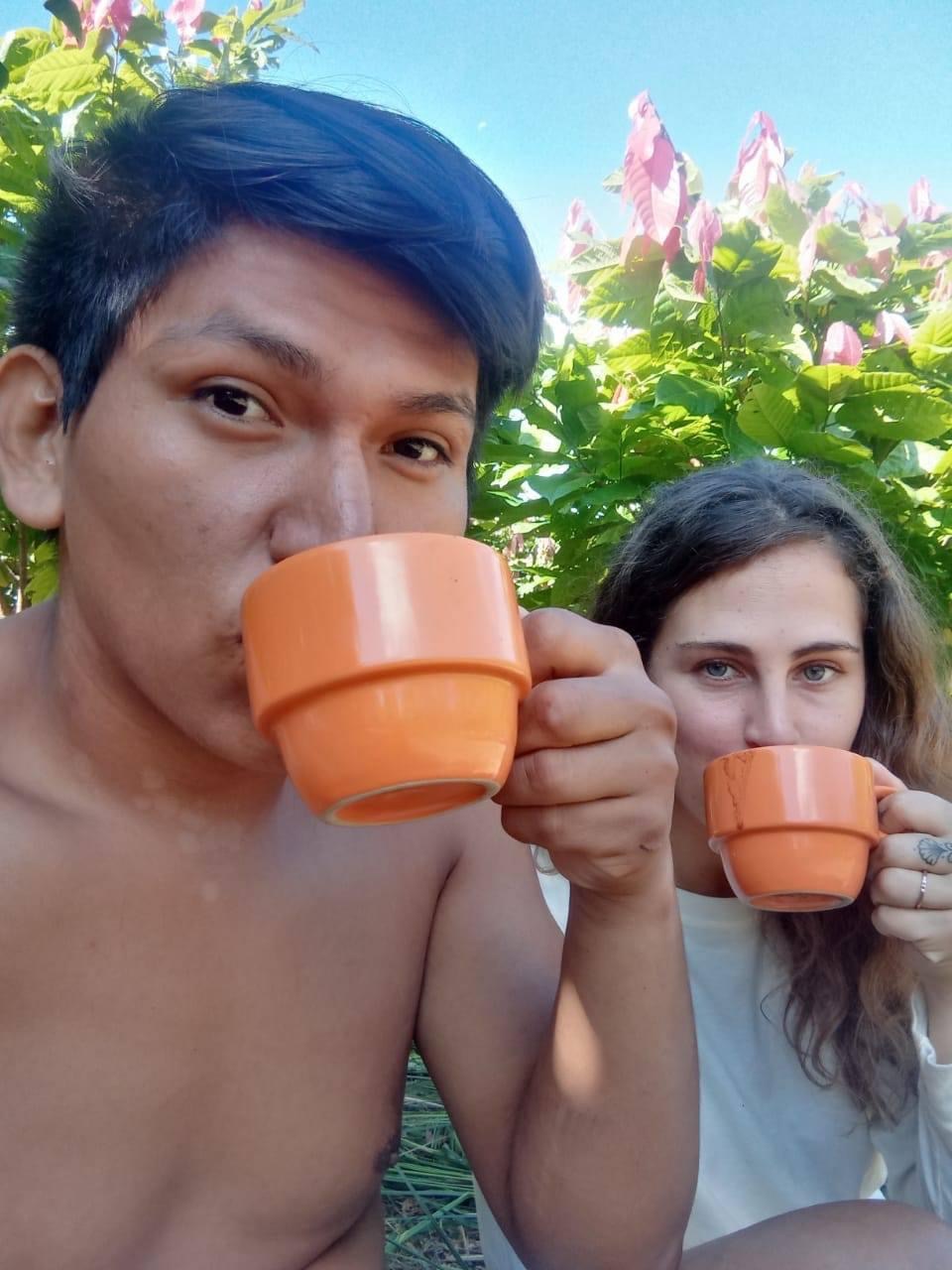 “When he came back after three weeks, he invited me to live with him, his mother and six siblings. I leapt at the chance.” Romulo’s family lived a half-hour walk away.

Caroline says: “We had our own room in a wooden hut. The house is a yard with a corrugated metal roof with makeshift cubicles for rooms.

“Some of the hygiene left a lot to be desired but I’m not too much of a preener, so I just got on with it.”

Romulo told Caroline how his late father planted cacao trees on land a two-hour drive away, but the plantation had been swallowed by the jungle after his death in 2017. 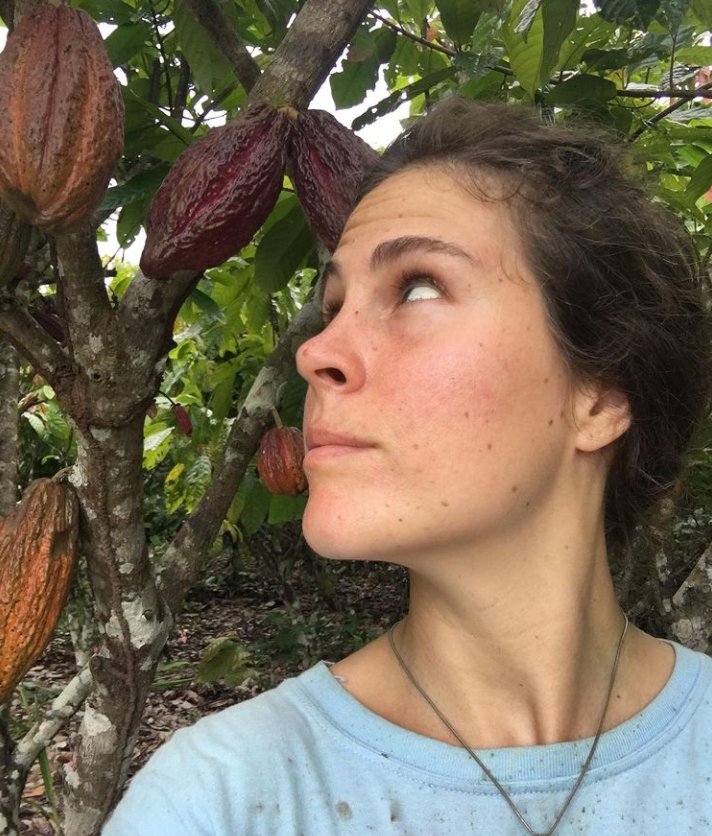 She says: “One of the locals offered us a room near the plantation, so we set about reviving it. We spent days hacking back the jungle.

“It’s been really hard work, but the trees have rewarded us with fruits and we’ve processed the beans by hand into raw cacao.

“I’ve trashed my fingernails pulling them from the pods. We’ve had our first orders, mostly through our Instagram account, Jungle Cacao Peru, and through contacts back home.

“Those first orders are packed ready and waiting to send to the UK. I really hope we can make a business out of it.” 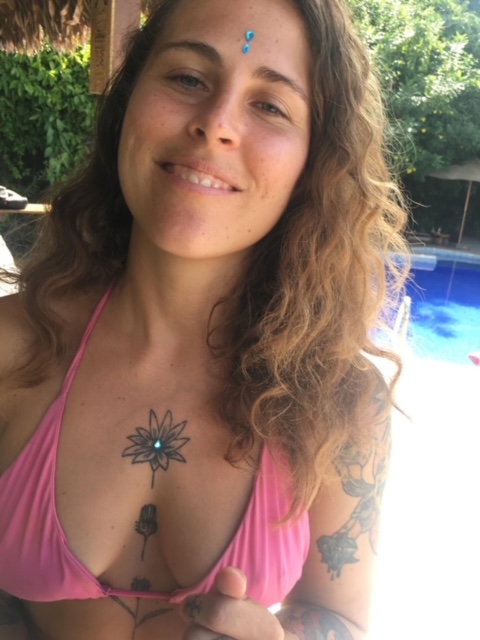 Caroline is relying on savings and help from her family to get by.

She says: “The cost of living is almost non-existent. Food is cheap and plentiful.”

Tourists in Peru are allowed to stay under a special arrangement which means they can remain until 45 days after the government calls an end to the national state of emergency, which is still in place. 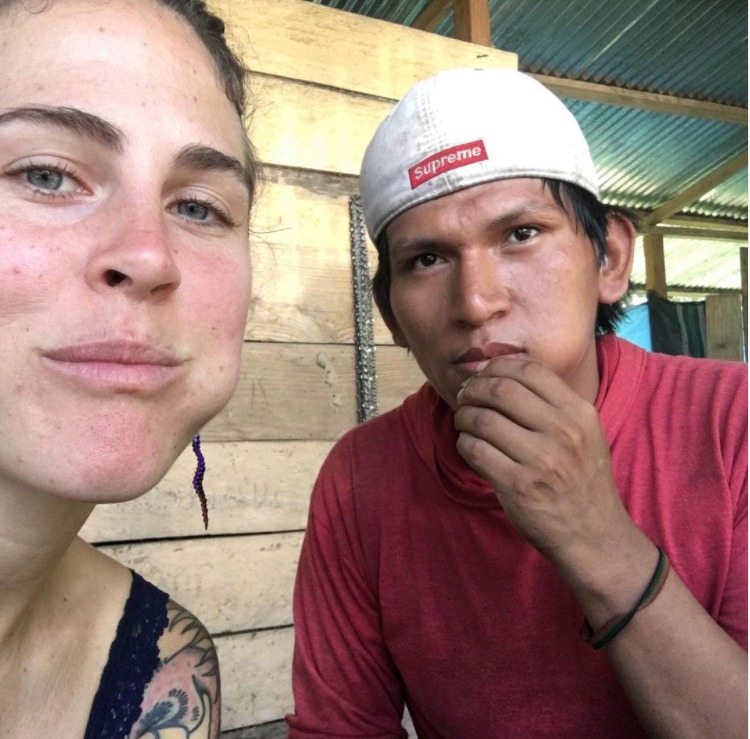 Caroline looks forward to a future with her teenage love. She says: “Nineteen-year-old British guys are basically children, but men grow up fast in the Amazon.

“We’ve even made time for some naked yoga when we can find a private space.

“Romulo is eager to explore the world, and I can’t wait to bring him home to the UK to meet friends and family.”