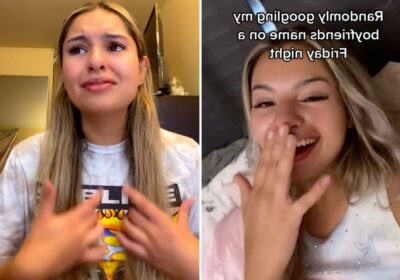 EVEN if you trust your partner completely, we ALL get the urge to Google them from time to time… there's no denying it.

So when TikTok user Priscilla casually looked up her boyfriend on the internet earlier this month, she was expecting to stumble across some cringey old school photos at worst. 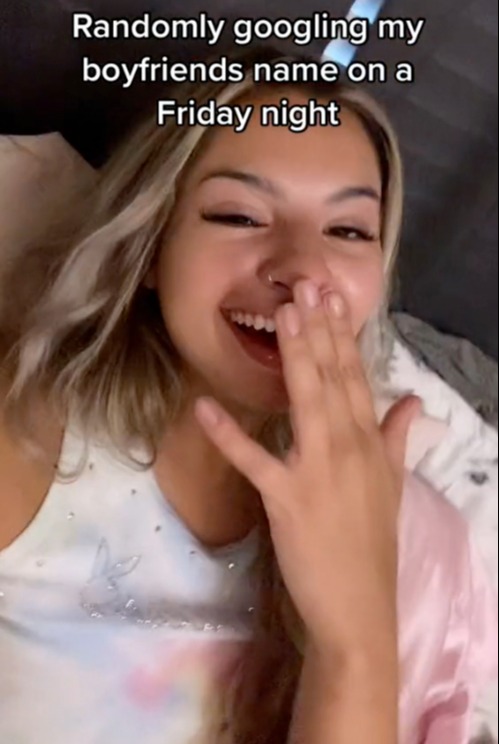 But instead, she found out that he'd been hiding a HUGE secret from her.

In a viral TikTok, the 25-year-old explained: "Randomly Googling my boyfriend's name on a Friday night.

"Finds his baby registry from January this year. Finds out his baby is six months old!"

After the video racked up over 660,000 views, Priscilla shared a follow-up clip where she revealed they'd been on holiday together the previous week.

During their getaway, her now ex-boyfriend managed to lose phone and wallet.

She explained: "So he didn't have it the rest of the weekend – he took me to the airport because my flight was before his.

"The last thing he told me was, 'whenever I get a phone, I'll talk to you. Love you, have a safe flight.'"

When she didn't hear from him after she got home, Priscilla said: "I got the sudden urge to just Google him. I had never Googled him before."

He and I were complete opposites. So I didn't think it was weird that he deleted his social media profiles.

Although he had social media profiles when they first got together, Priscilla said he had deleted them during her relationship.

"He and I were complete opposites," she said. "So I didn't think it was weird."

It was at this point that Priscilla discovered the baby registry which the happy couple had created at Target – and as he has an unusual name, there was no doubt in her mind that her boyfriend was the father named.

With the help of her best friend, Priscilla discovered photos of her boyfriend with his baby and the woman he'd cheated on her with.

She continued: "I did my snooping and of course, it was all there.

"I tried to call him and it went straight to voicemail, but when my cousin tried to contact him, the calls went through, he just did not answer.

"When she tried to text him, the texts went through. He just didn't respond, so my cousin sent him all the pictures and he proceeded to block her. " 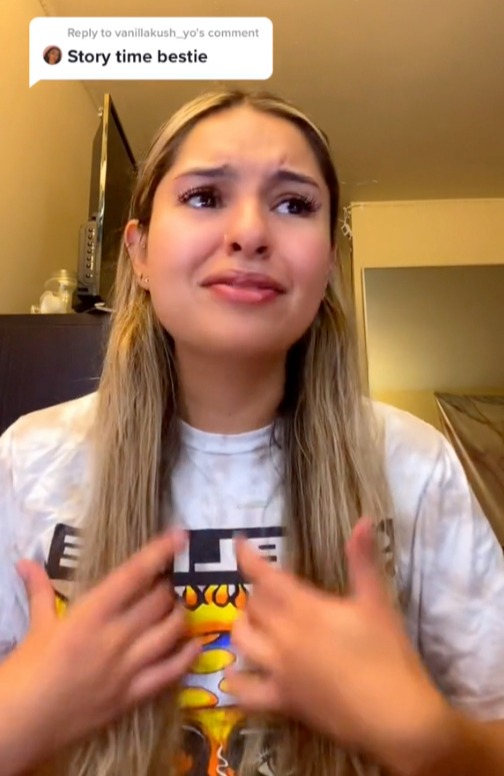 After being unable to contact him, Priscilla claims she got in touch with the baby's mum and that's when they discovered he'd started dating them at the same time.

Priscilla continued: "She ended up getting pregnant a few months later. He continued to pursue things with her and with me, but we had two different relationships with him.

"He made me extremely happy, but my whole relationship was a lie. It made me so sick. I was living a lie and it sucks."

The videos have racked up thousands of likes and views since they were shared last week – and people in the comments were quick to rally around her.

One replied: "Disagree if you want but if a man says he has no social media, they are hiding something."

Another added: "This is how I found out my ex was engaged… before he was my ex."

For more viral stories, this woman got dentures at 22 after root canal surgery left her with no teeth, she loves seeing people’s faces when she pops them out.

And this mum was viciously trolled after posting video of her baby getting her ears pierced – but says her daughter is ‘happy’.

Plus this neighbour’s savage note demands mum stops her ‘noisy’ kids playing outside so they can sleep.