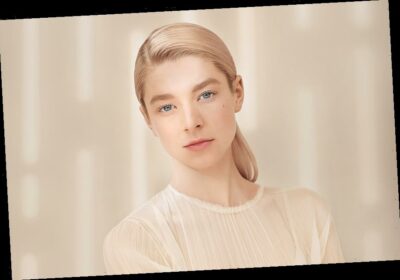 The actress, who portrays Jules Vaughn on the HBO drama, has found similarities between herself and her Euphoria character from their fashion interests to beauty techniques. "My makeup routine is similar to Jules in that we both love to play with shape, lines and bold colors. I think Jules and I share interests in art and fashion, which go hand in hand with how I navigate creating makeup looks," says Schafer, who is the face of Shiseido's new Synchro Skin Radiant Lifting Foundation.

While Schafer, 21, loves the bold hues and dramatic details of Jules' makeup aesthetic, she admits that she embraces a more natural approach at times. "Recently I've been trying more sophisticated and sleek looks, which perhaps is a product of me getting older," the 21-year-old tells PEOPLE.

When she wants a more sleek approach, she grabs Shiseido's new Sychro Skin Radiant Lifting Foundation which she loves because it "feels like you're not wearing anything when you have it on." "I feel like foundation is associated with covering up, but when I wear this my skin still shines through. I really appreciate that," the actress says.

But she still allows for some fun looks. "What I have learned during the quarantine is I have played around more with makeup," she shares. "It really has brought me back to my youth."

While she was at home amid the coronavirus pandemic last year, she also spent time doing things to "support growth," which led to her getting "a lot more creative."

During a stop on The Tonight Show Starring Jimmy Fallon, she said she taught herself about screenwriting by taking Shonda Rhimes' Master Class and binge-watching Grey's Anatomy, all of which prepared her for her own writing gig for Euphoria.

HBO released two special standalone episodes of the hit show shot during the pandemic, meant to tide fans over until the cast and crew can complete season 2 as originally planned before the COVID-19 lockdown. And Schafer wrote the special episode focusing on her character Jules. "It was just really nice to be able to put my energy into something," Schafer told Fallon.

During the interview, she also explained that this writing opportunity came when she was struggling with her mental health.

"I have to be honest, I was not doing super well mentally at that time, you know, as quarantine has put a lot of us in that place," she said. "I had taken it upon myself to research mental hospitals in North Carolina. I was like, 'It might be a good decision to do that with where I was at.'"

Instead, she ended up channeling her energy into writing, but doesn't want to dissuade people from seeking psychiatric help when necessary. "I think mental hospitals are great if you need to go to them," she said.

If you or someone you know need mental health help, text "STRENGTH" to the Crisis Text Line at 741-741 to be connected to a certified crisis counselor.