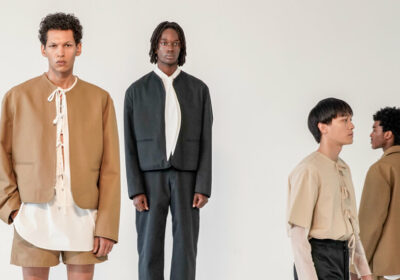 There is a mental game one plays every time New York Fashion Week rolls around, with its frenzy of runway shows, its TikTok moments and those bevies of freshly minted influencers for whom Warhol’s 15 minutes of fame seems like a generous allotment.

The game is this: What difference would it make if you removed the first two words from the rubric?

To be clear, this is no slam on a city I persist in loving beyond reason even when the affection seems unreciprocated. So devoted am I to New York, or the idea of it, that even during the grimmest early months of lockdown, I made it my odd business to hike sections of the boroughs I had not only failed to visit before but was unaware could be reached on foot. (That lone pedestrian crossing the Robert F. Kennedy Jr. Bridge was me.)

And one of the few hopeful things I observed, in an otherwise grim time, was that, despite the advancing creep of retail sameness that long predated a pandemic, plenty of quiddity remained. The Empire City was not just, as Jay-Z would have it, a state of mind. The flavor was real.

Why, then, I find myself wondering, is this so seldom reflected on New York Fashion Week runways? We know that the city’s iron grip on fashion retail, media and manufacturing has weakened through the years and that many talented local designers have blown off the city and elected to show instead in Paris. Yet the buzzy hive mind that once constituted a kind of fashion week zeitgeist also went poof. So much of what one is given to look at seems “basic” in the slang rather than the literal sense of the word.

Certainly, it did not shout “New York.”

Maybe that is a good thing. Perhaps it’s time to drop the posture of what the art critic Jason Farago termed “the well-traveled provincial” and cast a fresh eye on designs that originate in, say, San Diego or Cleveland. 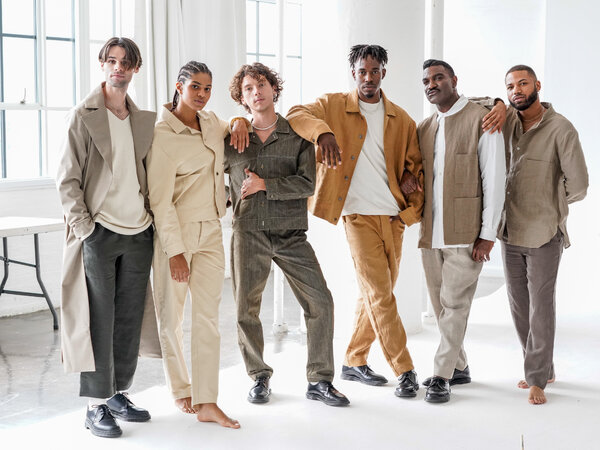 It would probably surprise some to learn that, until American production began moving offshore, the Ohio city was among the largest apparel manufacturing hubs in the country. For William McNicol, the designer behind William Frederick, a fledgling label named for his grandfather, restoring the industrial pride of his hometown almost outweighs his ambitions to build a successful brand.

“I have this deep passion for the community in Cleveland and for the women who sew all of my clothes,” Mr. McNicol, 34, said after a fine New York Men’s Day (NYMD) presentation on Sept. 8, held in a light-flooded studio high up in the Starrett-Lehigh Building, itself an optimistic beacon of American industrial design.

Modeled by 18 of Mr. McNicol’s artist friends, who had driven overnight in a caravan from Ohio, the show had a quality you seldom hear used in relation to fashion design: It was fail-safe. Spare though not severe, an all-but-monochrome selection of unadorned chore coats, vests, trenches, cropped truckers in Belgian linen, hemp or cotton seemed both stylistically sound and as trend-proof as a Carhartt jacket.

“My grandfather was a truck driver,” said Mr. McNicol, who throughout the creation of this debut collection held on to his 9 to 5 job as a medical underwriter. “My grandfather kept his clothes for 20 or 30 years, and that really speaks to me in terms of how I see my designs.”

If there were echoes in a show of what Mr. McNicol called “leisure wear for artists,” of boxy silhouettes familiar from designs by talented men’s wear practitioners like Evan Kinori (and of immortals like Helmut Lang and Jil Sander), their quiet confidence was all his own. They also resisted the easy temptation among newbies to deploy all kinds of kitchen-sink styling gimmicks.

“I’m not really interested in having an Instagram moment,” Mr. McNicol said. “My ethos is more of a blue-collar, lunch pail, Midwestern durability kind of thing.”

Maybe it’s an aftereffect of spending 18 months in enforced isolation, but introspectiveness was a conspicuous feature of this edition of NYMD. True, there were some befuddlements — notably an over-referential collection (Gullah culture and the Hamar tribe of Ethiopia’s Omo River valley were both influences) from Aaron Potts of APOTTS, a seasoned designer who is quietly charting a singular course in American fashion.

What stood out at NYMD, however, was the restraint shown in, for instance, a tight grouping created by Rwang Pam, 30, and Mark Kim, 32, of ONYRMRK, that was inspired by both 16th-century doublets and the designers’ desire to conceptualize their work less in terms of “stylistic bells and whistles,” as Mr. Pam said.

Like many of us, Mr. Pam and Mr. Kim spent the last year contemplating new beginnings. “Making the collection, we found we were thinking about childhood a lot,” said Mr. Pam, who was born in Nigeria to parents who are both Christian pastors. “I’m queer, and in the culture I’m from there was a lot of stigma around that,” said the designer, whose Los Angeles label was founded just before the onset of the pandemic.

Mr. Kim shares a conservative upbringing, his in a Korean American household, and he similarly struggled for a long time with being queer, he said. “We realized that, in the past, we were unconsciously inhibiting ourselves from introducing femininity into our designs out of shame.”

Newly unburdened, they built a harmonious grouping of tunics, blouses, cocoon pants, that were soft and “genderless” because, we now understand, better how absurd the notion is of clothing as specifically gendered.

A third highlight on the NYMD roster was Tristan Detwiler, 24, the designer of Stan. Just a year after making his first fashion week appearance to considerable fanfare, Mr. Detwiler, an artist, model and surfer, has expanded his explorations of vintage textiles beyond the heirloom quilts he turns into covetable suits and jackets.

Assisted by Beau Ryan, a textile expert with an enviable list of sources, Mr. Detwiler has expanded his reach and is now scissoring and stitching his way through 18th-century brocade fragments, French grain sacks (memo to Twitter trolls: Emily Bode did them before him) and even his grandmother’s crocheted curtains.

Given all the attention Mr. Detwiler has attracted in his brief career, perhaps the most un-New York thing about him is how little interest he evinces in scaling up his business. Even the fact that one of his 2020 designs has been chosen for inclusion in the Met’s new Costume Institute show, “In America: A Lexicon of Fashion,” which opens on Sept. 18, he views with detachment.

“I’m still finding my way as an artist,” Mr. Detwiler said. “I still source, sew and sell everything myself. At least for now, all I need is to make enough money to keep surfing.”