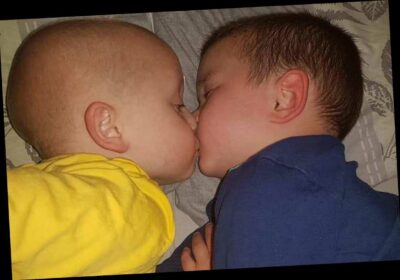 THIS heartbreaking photo shows a little boy kissing his brother as he battles a brain tumour.

Luca Feno-McBride, now six, was incredibly protective of his younger sibling, Rocco, who has non-verbal autism. 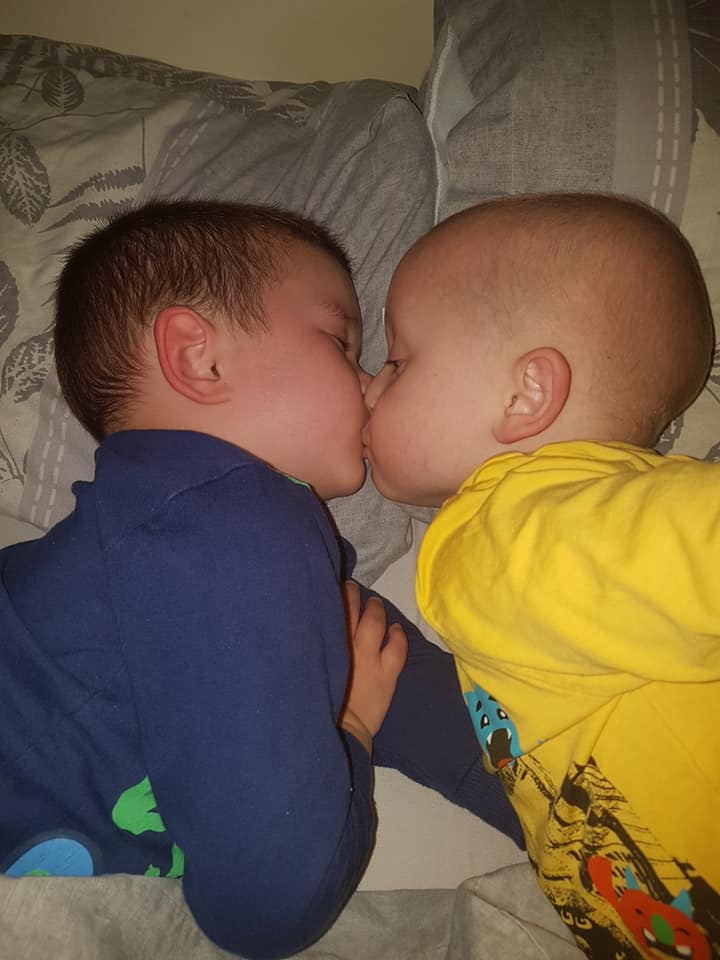 He took on the role of speaking and communicating for him – and even had a voice for when talking for his brother.

Luca would sneak him treats, sing to him every bedtime, and wouldn't allow their mum to tell him off.

But in 2019, he was diagnosed with a brain tumour – and the roles for the young pair were reversed.

Luca needed gruelling surgery, which affected his movement, and spent months in hospital.

Rocco, now five, overcame his phobia of hospitals to visit Luca, sitting on his bed, cuddling him, and sneaking him treats – just like Luca once had for him. 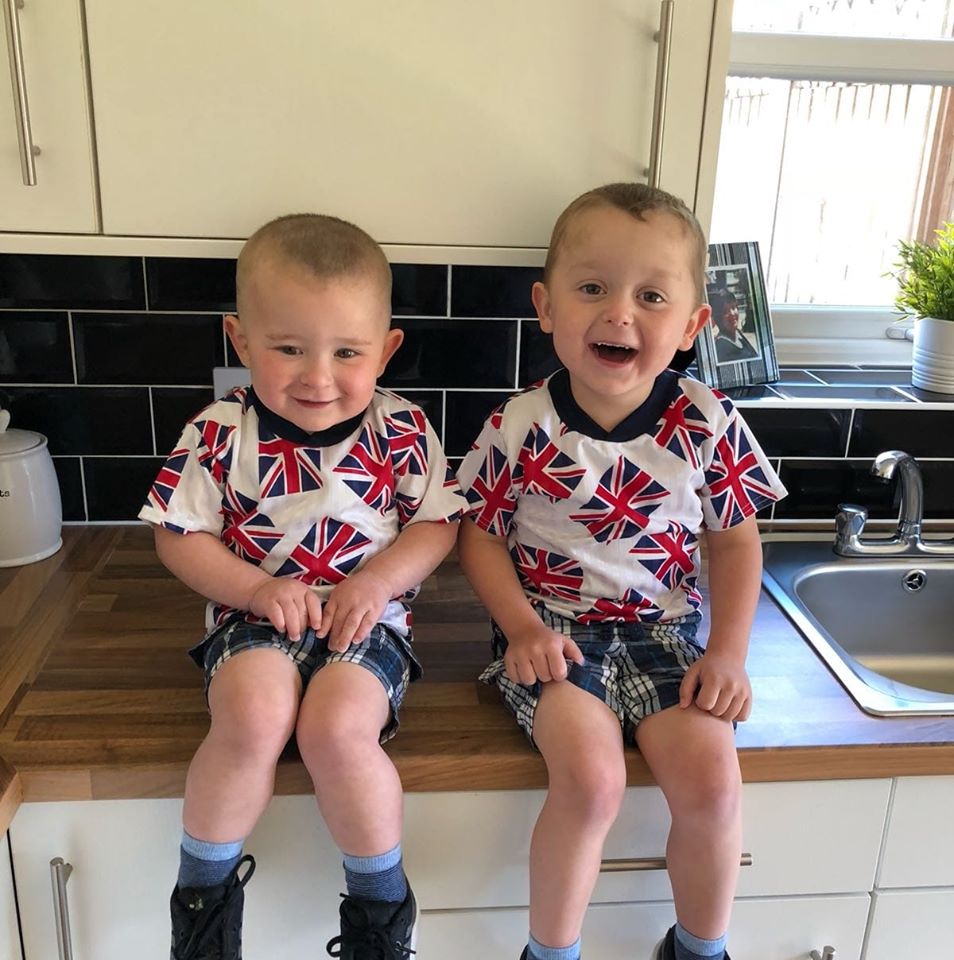 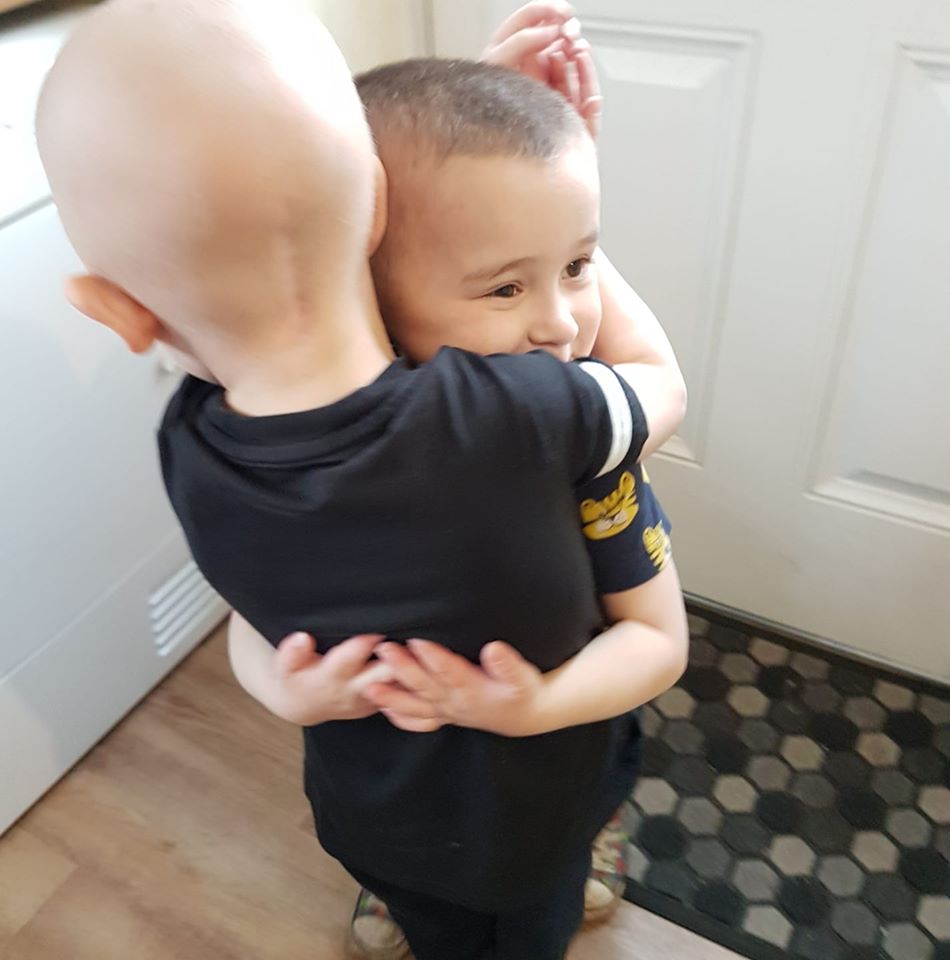 Single mum Carla, 41, from Manchester, says: “The boys have been each other’s best medicine.

"Without each other really, neither one would have coped.

"Their relationship is so sweet – they are just a year apart in age and everyone comments how cute they are.

“Luca speaks for Rocco and communicates all his needs. He even puts on a funny voice, which is how he imagines Rocco would sound.

“He is very protective too – I am not even allowed to tell Rocco off without him going mad.

“But their roles were reversed after Luca was diagnosed with the tumour.

“After Luca had surgery, he was paralysed down his right side and he needed lots of help to get back on his feet. 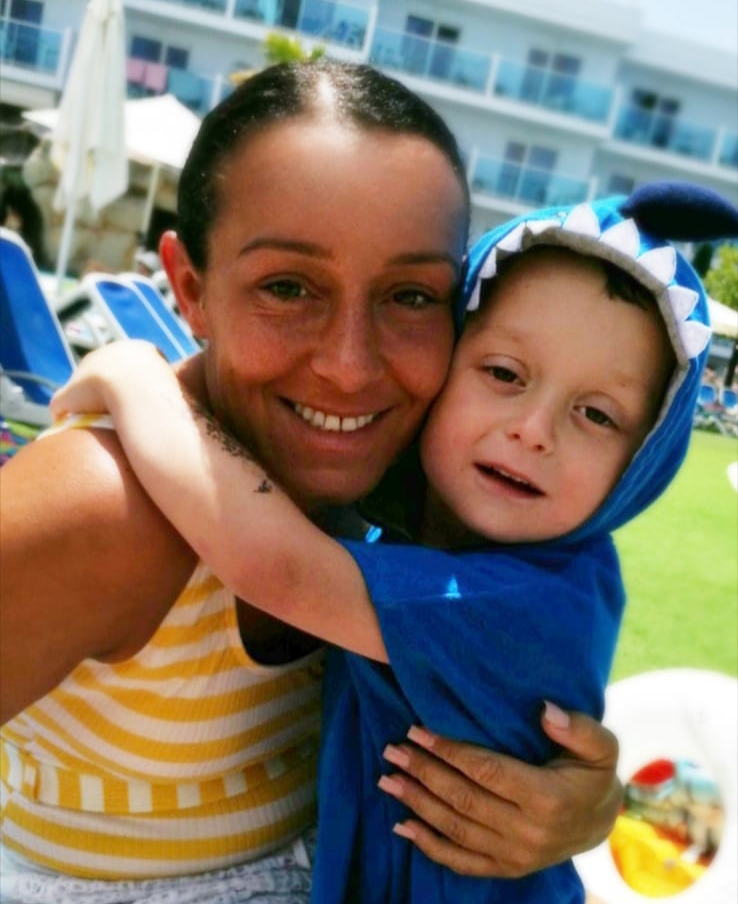 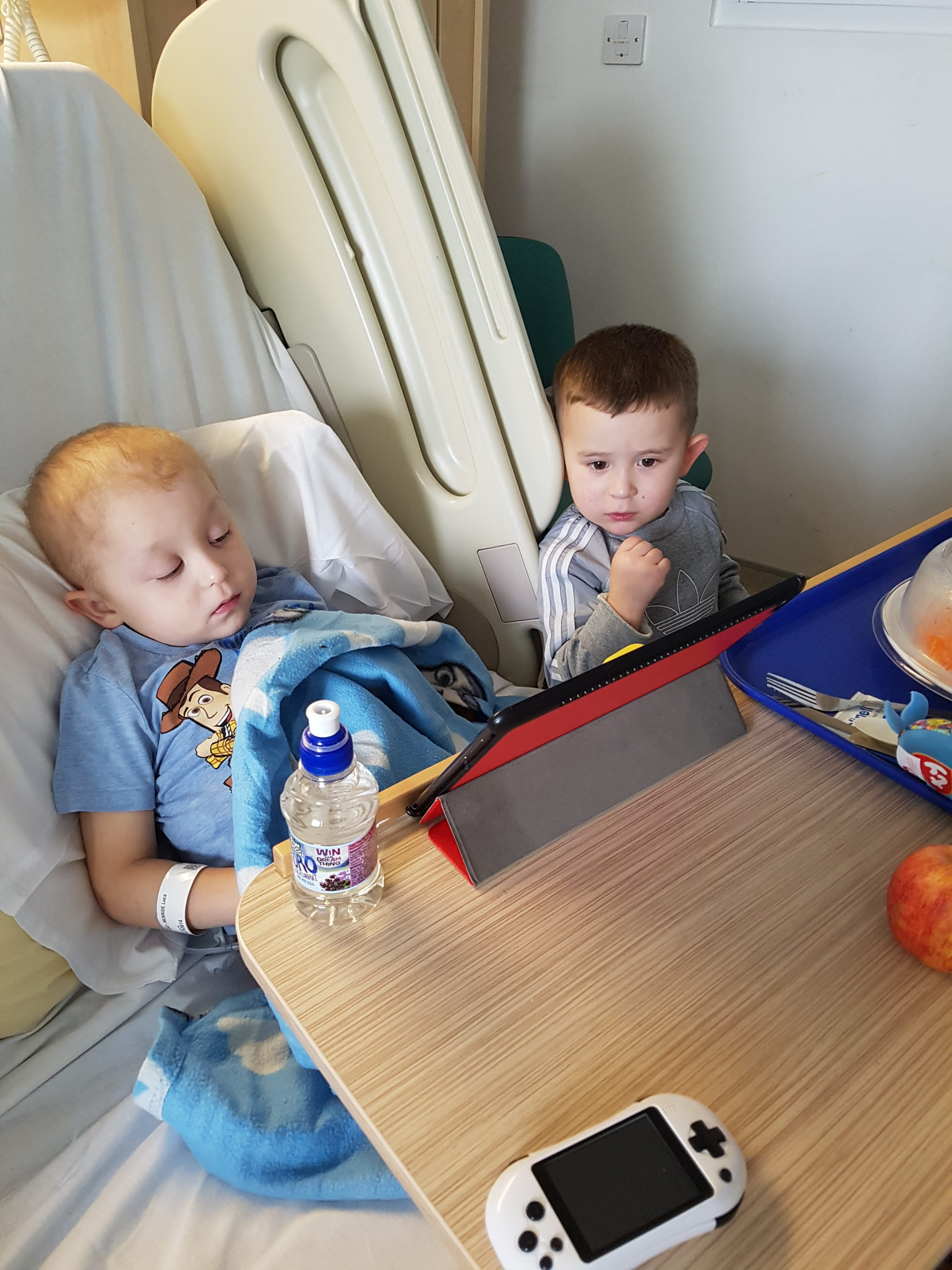 “Rocco is frightened of hospitals, but he overcame that so that he could visit his brother.

"He does not like human contact, but he would give Luca big cuddles and take him in a Happy Meal.

“They have helped each other through such major trauma and I am so proud of them.”

Rocco was officially diagnosed with non-verbal autism early in 2019, after Carla had been pushing for tests.

At first, she was worried about how he’d cope.

What is a malignant brain tumour?

A malignant brain tumour is a cancerous growth in the brain.

It's different from a benign brain tumour, which isn't cancerous and tends to grow more slowly.

The symptoms of a brain tumour depend on where it is in the brain.

There are lots of types of brain tumour. They have different names depending on where they are in the brain.

They're also given a number from 1 to 4, known as the grade.

The higher the number, the more serious a tumour is:

Cancer Research UK has more on types of brain tumours.

But Luca, who was just thirteen months older, stepped into the role of big brother as if it had been made for him.

Carla says: “We had known for some time that Rocco had some difficulties.

"He doesn’t like changes to routine, doesn’t like people touching him or invading his space, and he has no language at all.

“Luca soon worked out that Rocco couldn’t talk, and so he did all his talking for him.

"Rocco began communicating with the world, through Luca’s ‘Rocco voice.’

“And Luca was very protective too – I was not even allowed to tell Rocco off without him pulling me up. Rocco would make loud noises in public and sometimes he struggled with crowds and new situations. 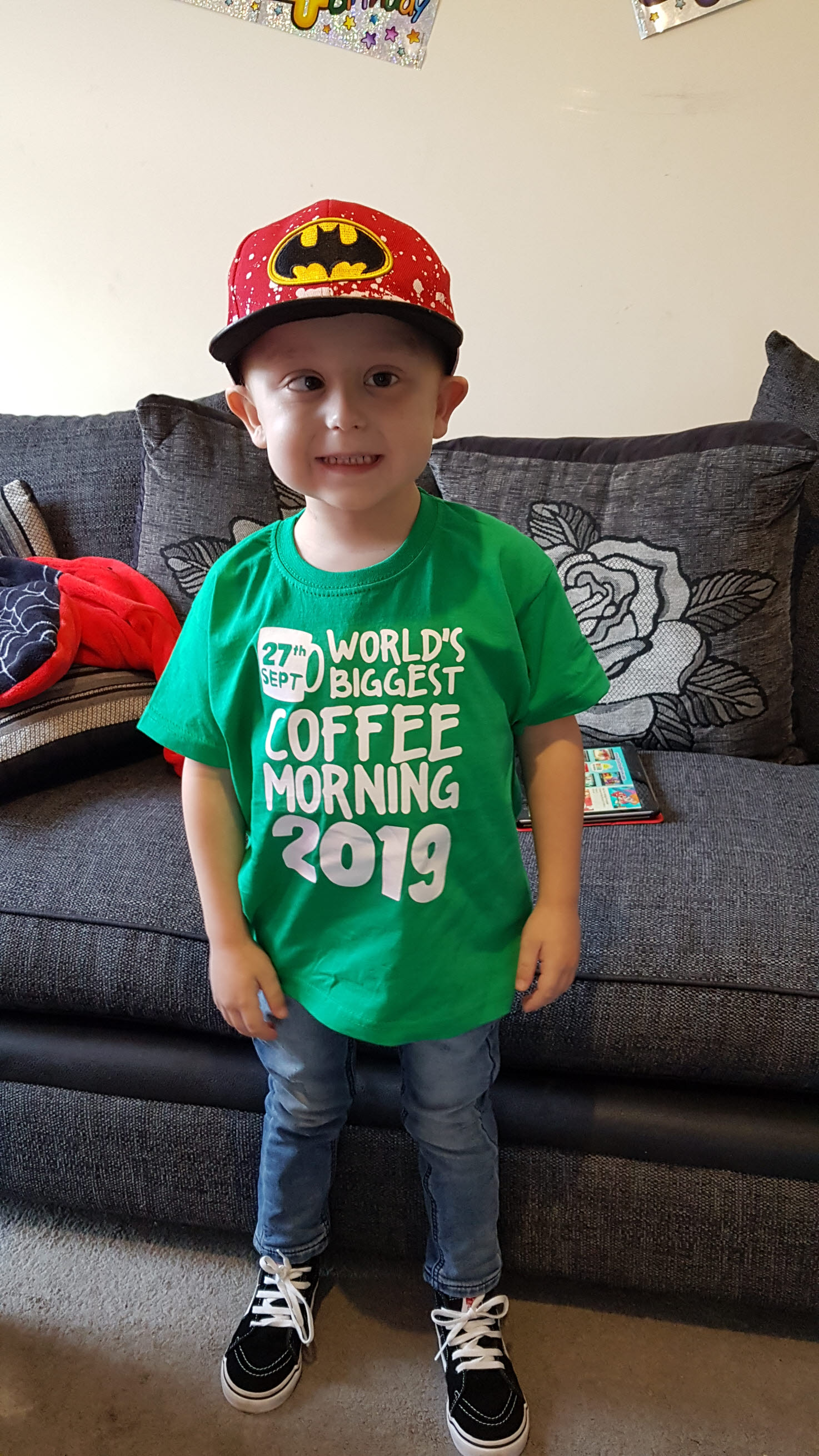 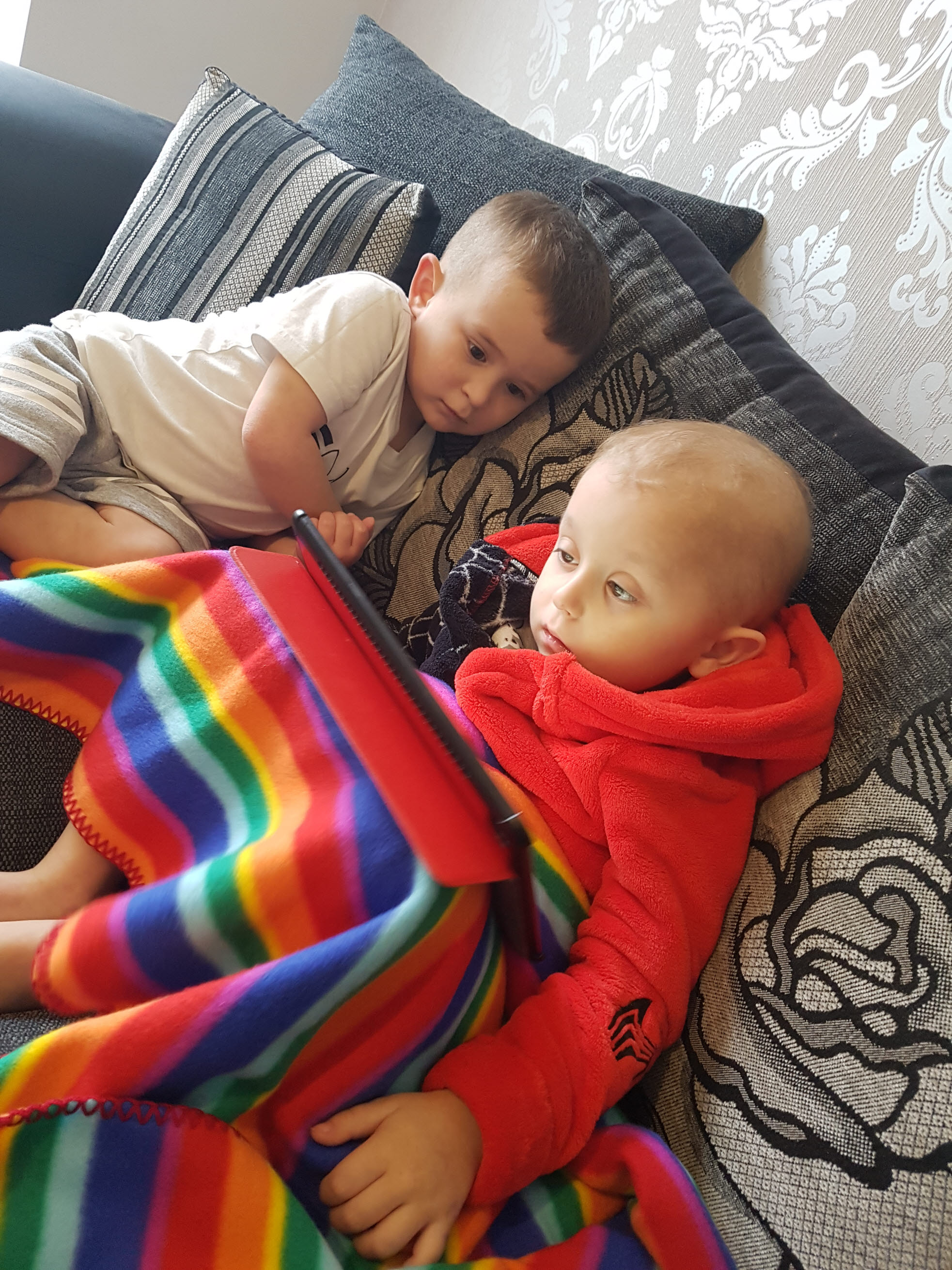 But if anyone stared, or made a comment, Luca was straight to the rescue.

“Luca absolutely compensates all the time; he talks for Rocco and sneaks him extra chicken nuggets and sweets.

“Every night, he sings ‘Twinkle Twinkle’ for Rocco to get him to sleep.”

Luca’s own problems began over the spring of 2019, aged four, with a squint in his right eye. He then began to lose his balance.

Carla says: “Luca’s teacher had noticed a squint in his eye so I took him for a test which was fine.

"But then I noticed he was stumbling and tripping a lot. We were back and forth from the GP for weeks and eventually I took him to hospital.”

Luca was diagnosed with a malignant brain tumour. 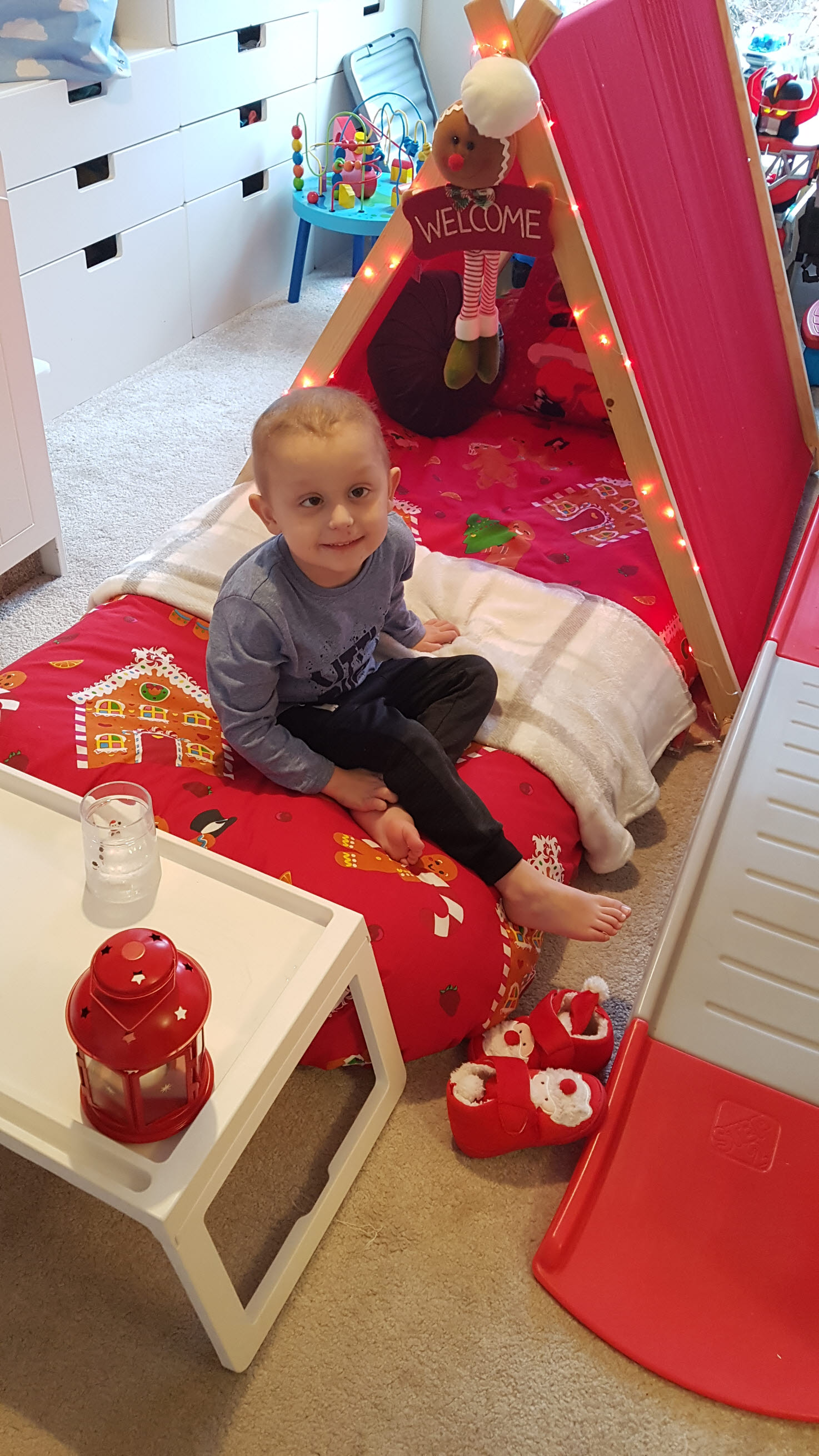 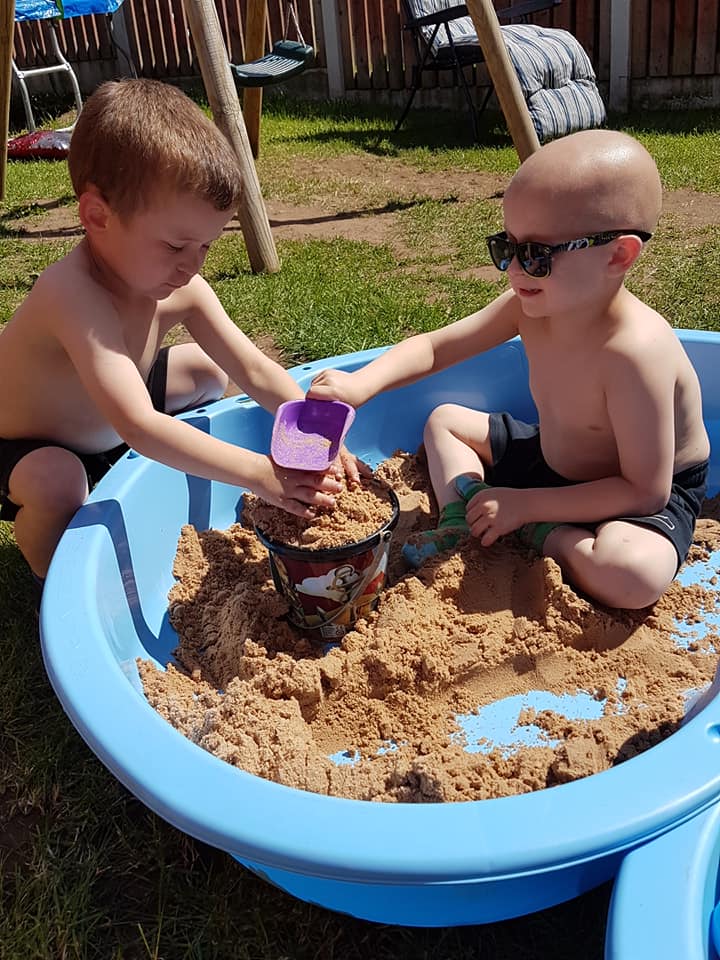 She says: “We were shell-shocked. I just couldn’t believe it could happen to my lovely little boy. We were told he would die without surgery.

The little tot underwent six hours of surgery in June 2019 followed by radiotherapy at a clinic in Germany, and chemotherapy in the UK.

Carla says: “The surgery removed 95 per cent of the tumour but left him paralysed down his left side and he needed lots of physio to get him walking again.

“He was so resilient and so smiley. He had so much rubbish thrown at him, but he just kept bouncing back.

"After his surgery, the first thing he asked was to see his brother.

“Rocco is terrified of hospitals and doctors, but he overcame that to visit Luca and cuddle him, and that meant the world to Luca.

"He was looking after Luca – the way Luca had always looked after him. 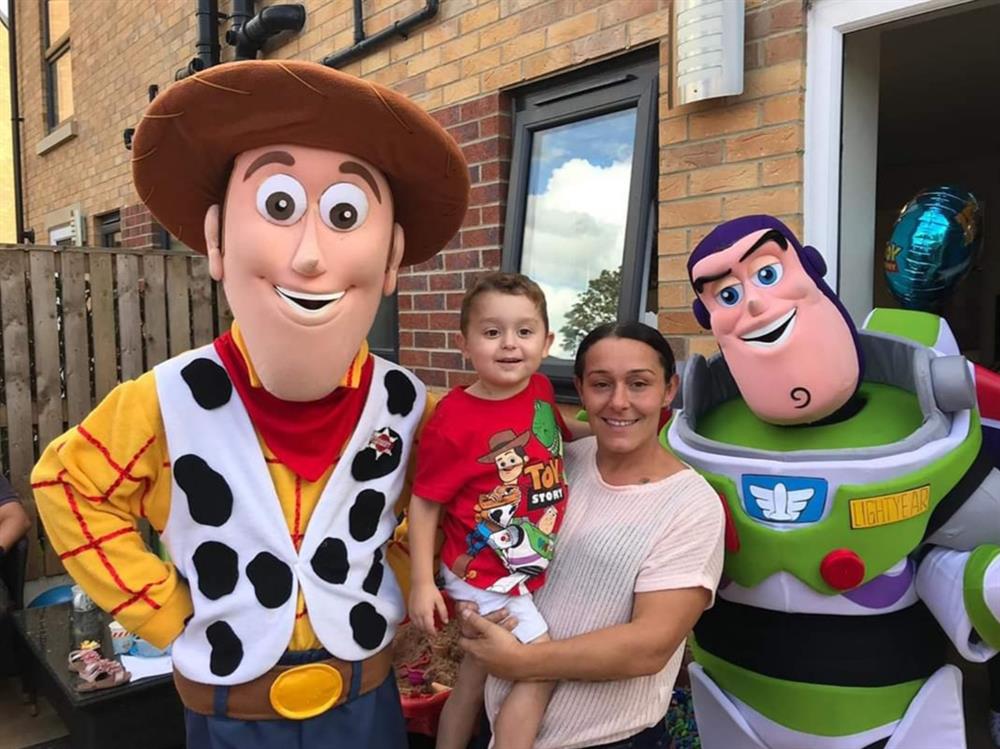 "It really brightened him up and I feel Rocco played a huge role in his recovery.”

Luca has now completed his nine month course of chemotherapy and the family hope he can look forwards to a healthy future.

Carla says: “Now he is home, they are together again. It is lovely to see; they rely on each other. The boys have been each other’s best medicine.”