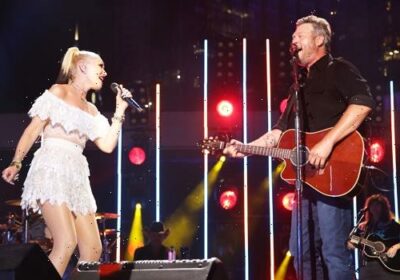 Blake Shelton and Gwen Stefani are ‘Happy Anywhere’ — but especially while performing onstage together at CMA’s Summer Jam!

Country music’s biggest stars hit the stage for CMA Summer Jam, which meant that, of course Blake Shelton was on the list. The singer performed some of his hits, including one duet with his now-wife, Gwen Stefani. Summer Jam took place at the end of July, just weeks after Blake and Gwen’s wedding, and they definitely still had that newlywed glow. Gwen was even giving bridal vibes with her lacy white look for the performance! 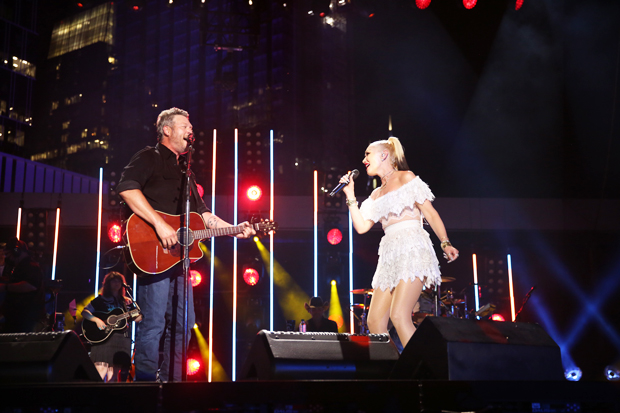 The No Doubt singer rocked an off-the-shoulder, white mini dress. She completed the look with her hair pulled back into a slick, tight ponytail, and added a pop of red lipstick for some color. Meanwhile, Blake kept it simple in a pair of jeans and black button down. The lovebirds sang their duet, “Happy Anywhere,” and the crowd, obviously, went wild. CMA Summer Jam was filmed at Nashville’s Ascend Amphitheater on July 28 and 29, and will air on ABC on Sept. 2 at 8:00 p.m. 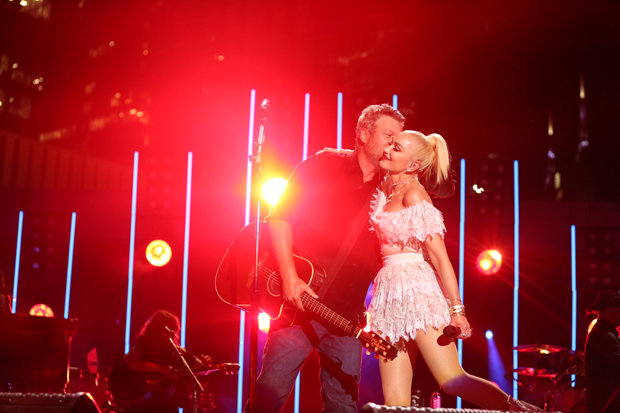 Summer 2021 has definitely been a good one for Blake and Gwen. They tied the knot in a small, intimate ceremony in Oklahoma on July 3. Although they didn’t get to take an official honeymoon, they’ve been on a “honeymoon tour” in the weeks that followed. Blake hit the road for his summer tour, and Gwen has been with him as much as possible. She’s even made multiple appearances onstage to perform with her man, surprising the crowds in various cities.

At CMA Summer Jam, Blake also performed “Boys ‘Round Here,” “Minimum Wage” and “God’s Country.” Other performers at the event included Carrie Underwood, Thomas Rhett, Luke Bryan, Luke Combs and more. Blake’s ex-wife, Miranda Lambert, was also on the bill, although the two were able to avoid each other by performing on different nights of the event. Blake and Miranda were married for four years before splitting in the summer of 2015. He and Gwen got together on the set of The Voice that fall, as she was also dealing with the aftermath of a divorce.