Home » Fashion » From Simon Pegg to Anne Hathaway, the celebrities who forge a new face and body for movie roles

From Simon Pegg to Anne Hathaway, the celebrities who forge a new face and body for movie roles FOR some actors, getting into a role means a process that involves total metamorphosis.

Here we look at the extreme physical changes that stars from Anne Hathaway to Simon Pegg and Rooney Mara have been prepared to endure for their art.

Before: She was the glossy-haired, rosy-cheeked girl-next-door in The Princess Diaries and The Devil Wears Prada.

But for every edgy role where she showed she could act, such as Brokeback Mountain, there was a dire chick flick (erm, Bride Wars).

After: In order to really prove herself as an actress, Anne took her role as starving prostitute Fantine in 2012’s Les Misérables oh-so seriously. In fact, she was one dirty glass away from giving herself tuberculosis. Not really.

She just shaved her head and lost 25lb by eating two squares of dried oatmeal a day. “I had to be obsessive about it – the idea was to look near death,” she said. “Looking back on the whole experience – and I don’t judge it in any way – it was definitely a little nuts.” 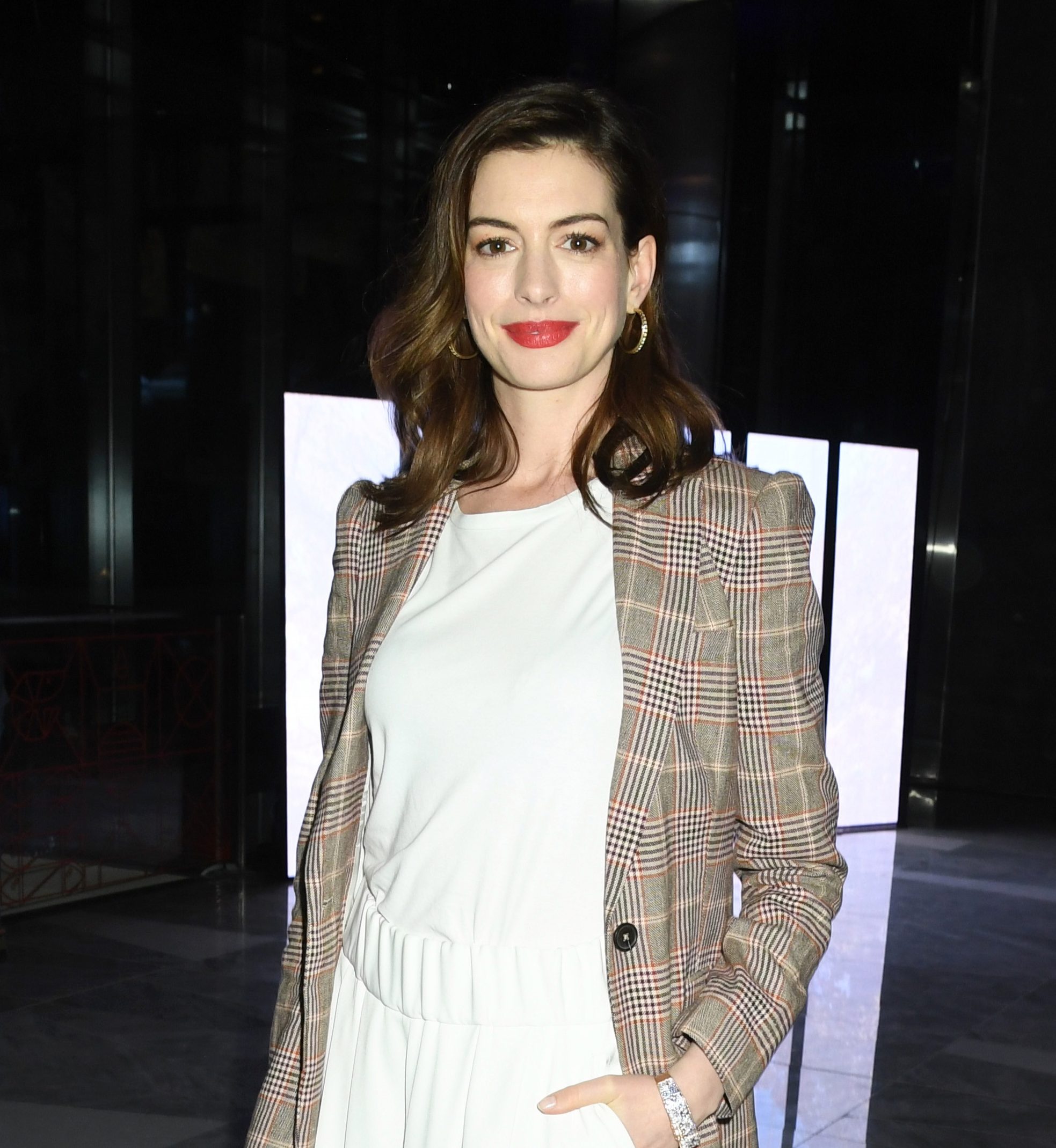 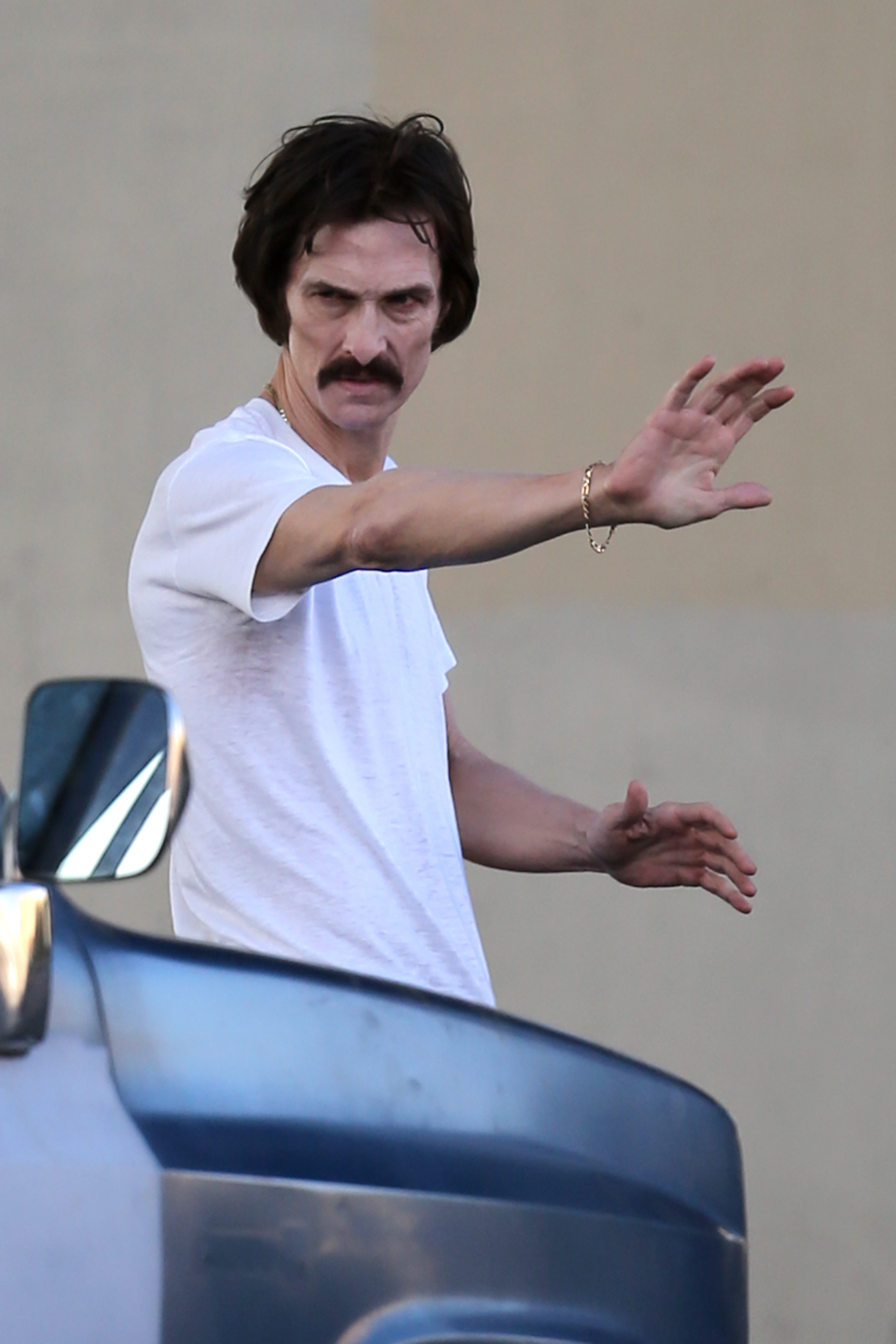 Before: Matt was the go-to guy if you needed a shirtless smooth-talker in a naff ‘90s romcom. How To Lose A Guy In 10 Days was probs the best of a bad bunch. The Texan was also once arrested for playing the bongos naked – not relevant here, but hilare all the same.

After: For his Oscar-winning turn as an AIDS patient in Dallas Buyers Club, he stayed out of the sun for six months to acquire an appropriately sickly pallor. He also lost a whopping 50lb. The transformation paved the way for meaty roles in The Wolf Of Wall Street and True Detective. 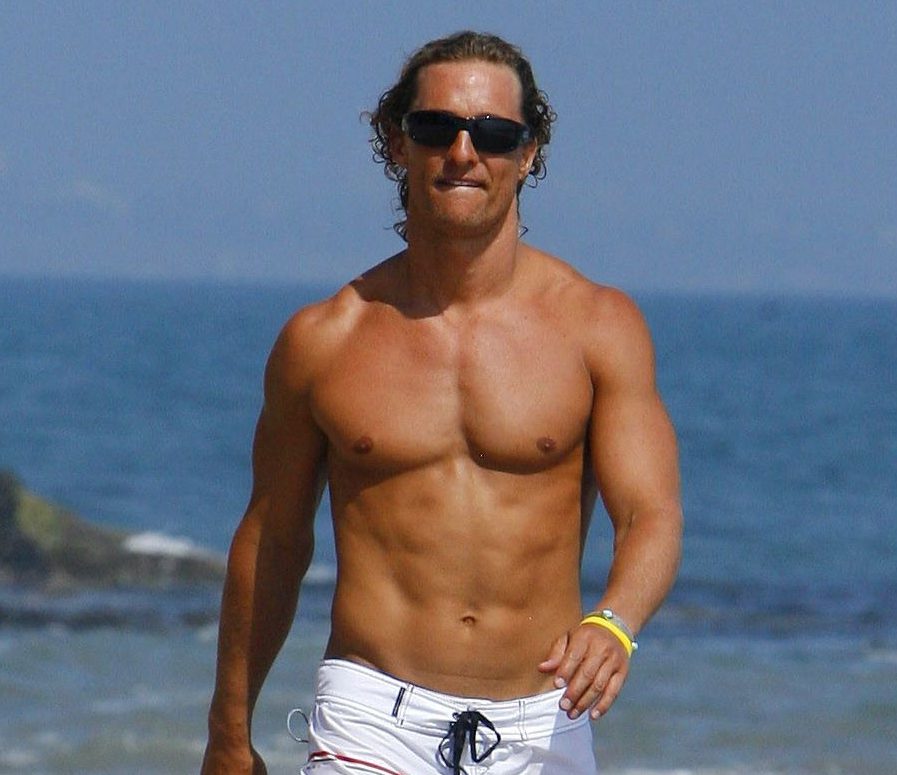 SHAUN OF THE SHRED 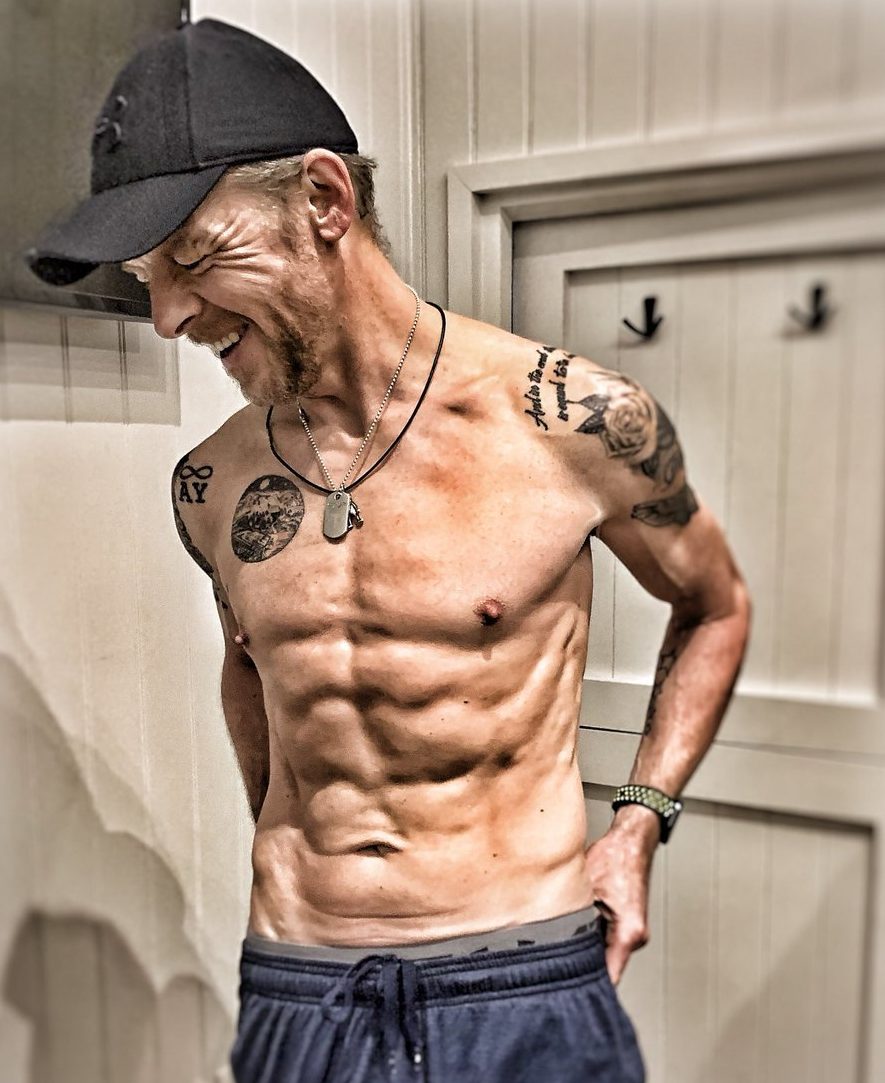 Before: He was the funny one in comedies such as Shaun Of The Dead, graduating to play the geeky sidekick in Star Trek and Mission Impossible. Simon was like that friend of your brother’s who you never fancied but wished you did, because he made good fart gags.

After: The world was shocked when Simon’s trainer posted a pic of his six-month body transformation. He apparently lost 19lb and went down to just 8% body fat for his character in upcoming thriller Inheritance. 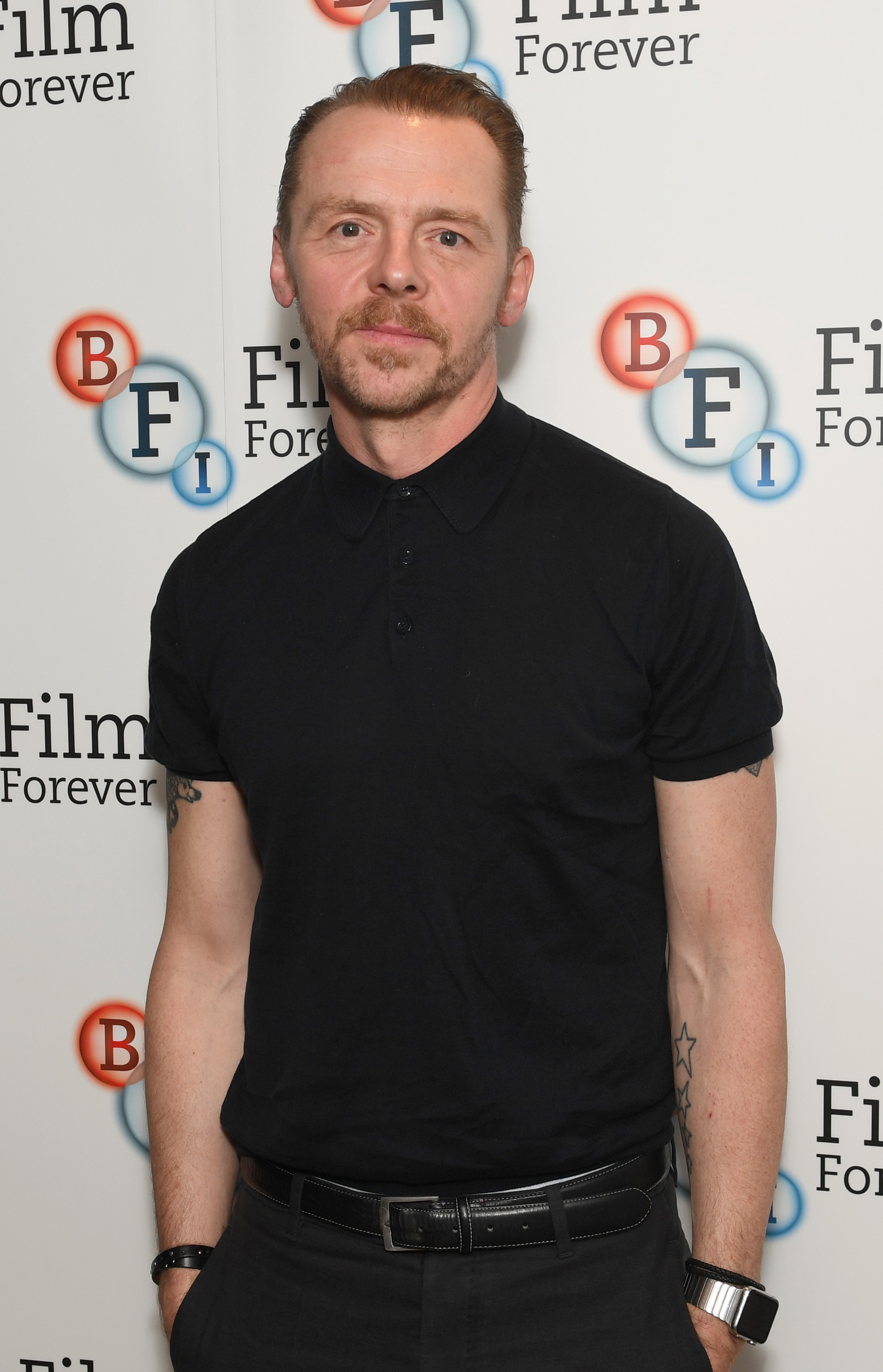 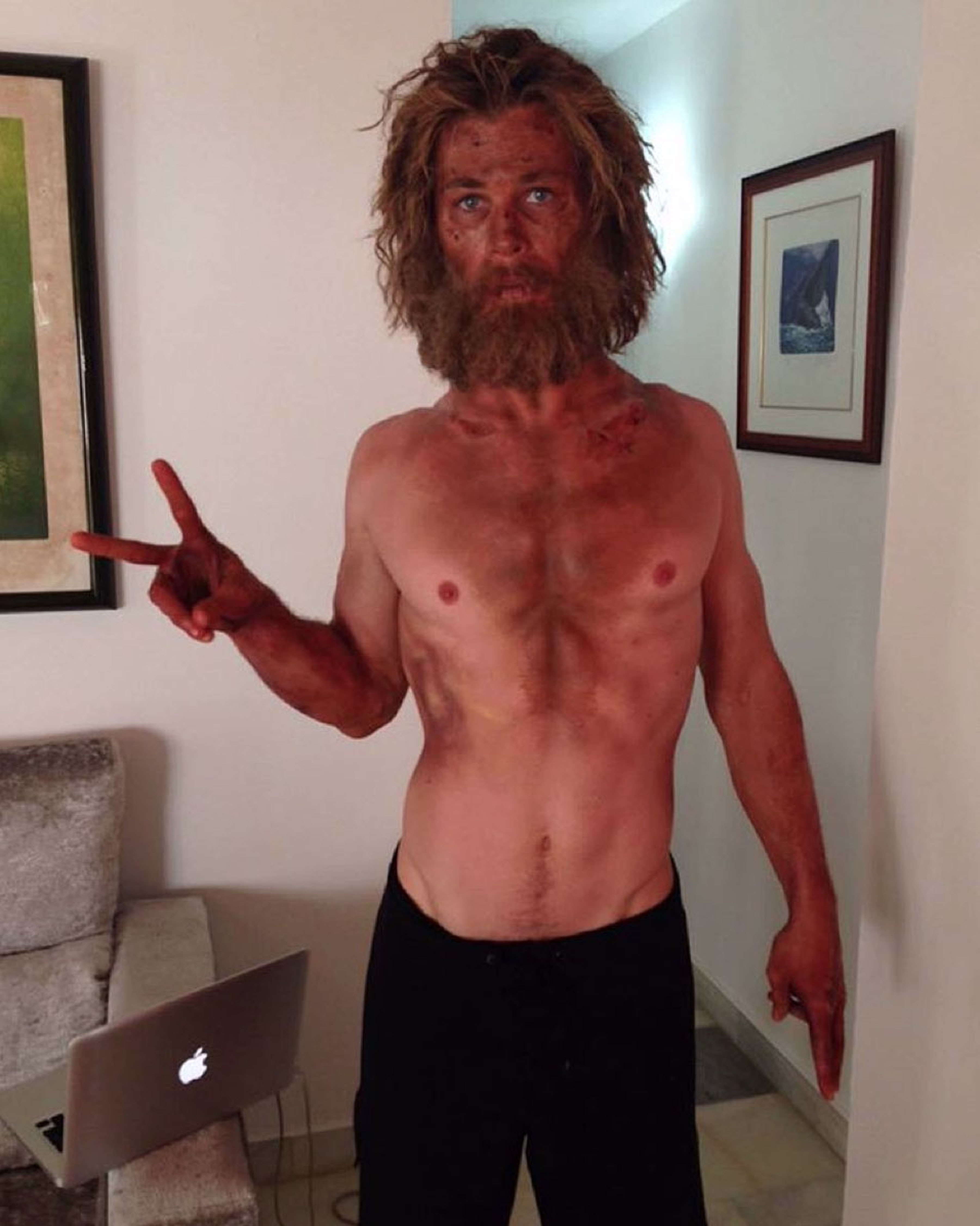 Before: Even in his Home And Away days, Chris was known for being buff, but to play Thor, the Aussie actor got super-strong and gained 20lb of muscle – 90% of which was on his biceps (maybe).

After: As a shipwrecked sailor in 2015’s The Heart Of The Sea, Chris lost more than a stone, and grew his hair. The cast were put on diets of 500 calories a day to make them look emaciated. Chris called it “challenging”. You try doing a juice diet, Chris! 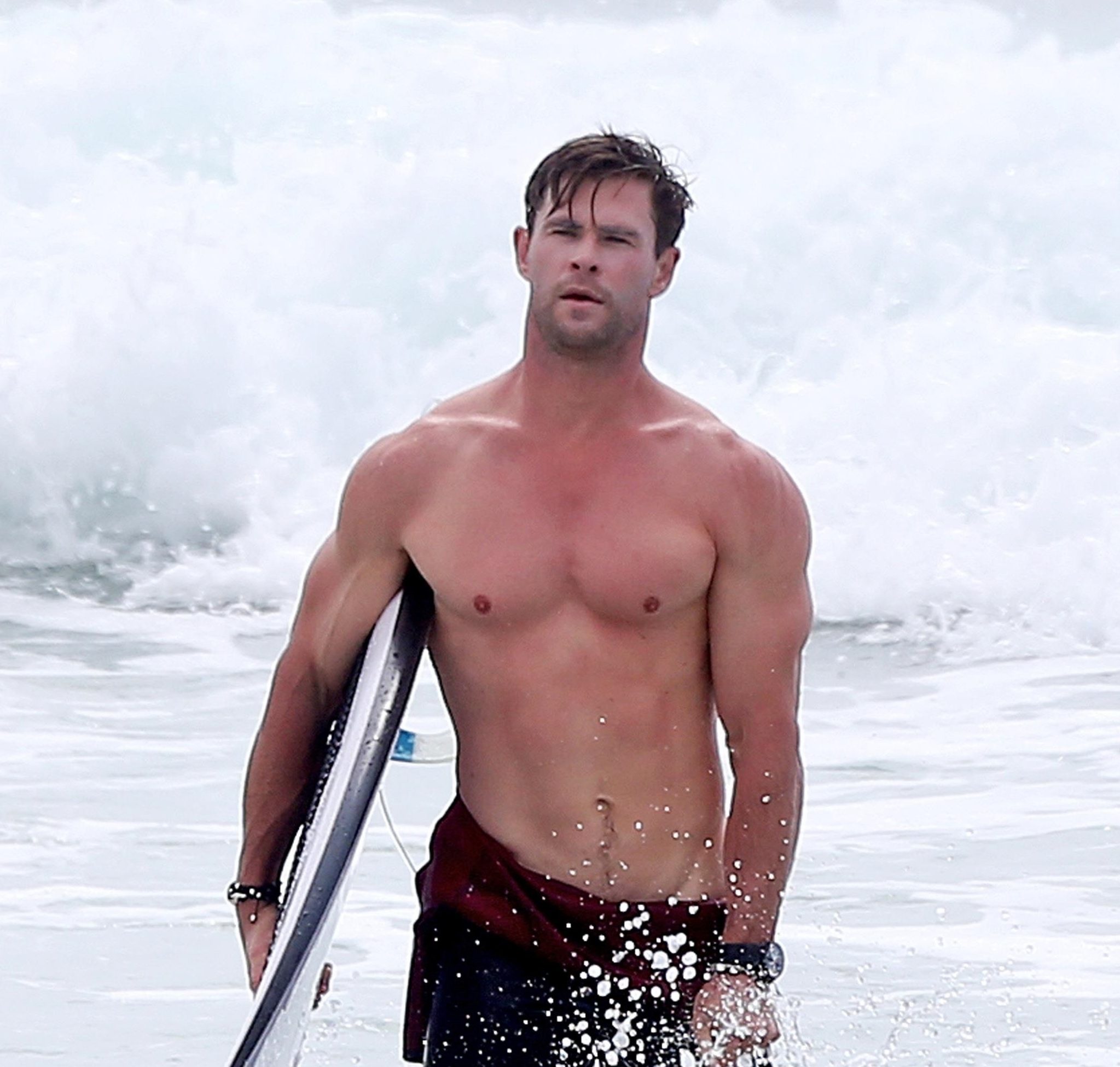 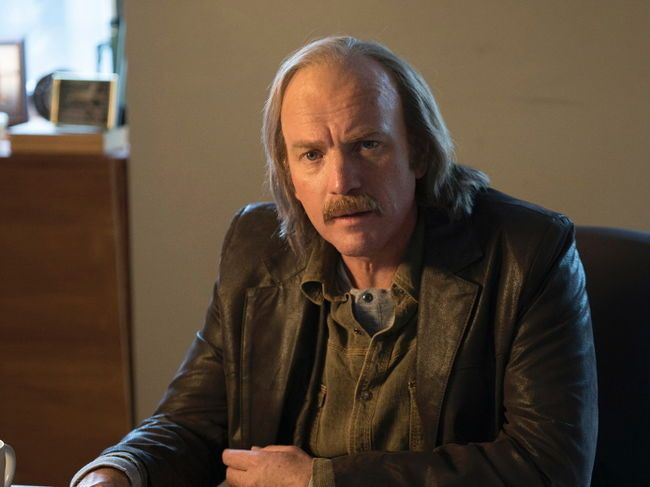 Before: He was the thinking woman’s heart-throb in Moulin Rouge and Ewan famously Chose Life in Trainspotting rather than heroin, so was looking in fine fettle (as they say in his neck of the woods) for 2017 sequel T2.

After: For TV drama Fargo, the Scot played two brothers, Ray Stussy being the considerably larger one with less hair. The actor piled on the pounds and sat in hair and make-up for hours for the role. He then wore a special compression suit to play the thinner brother, Emmit. Probs similar to how we feel in Spanx. 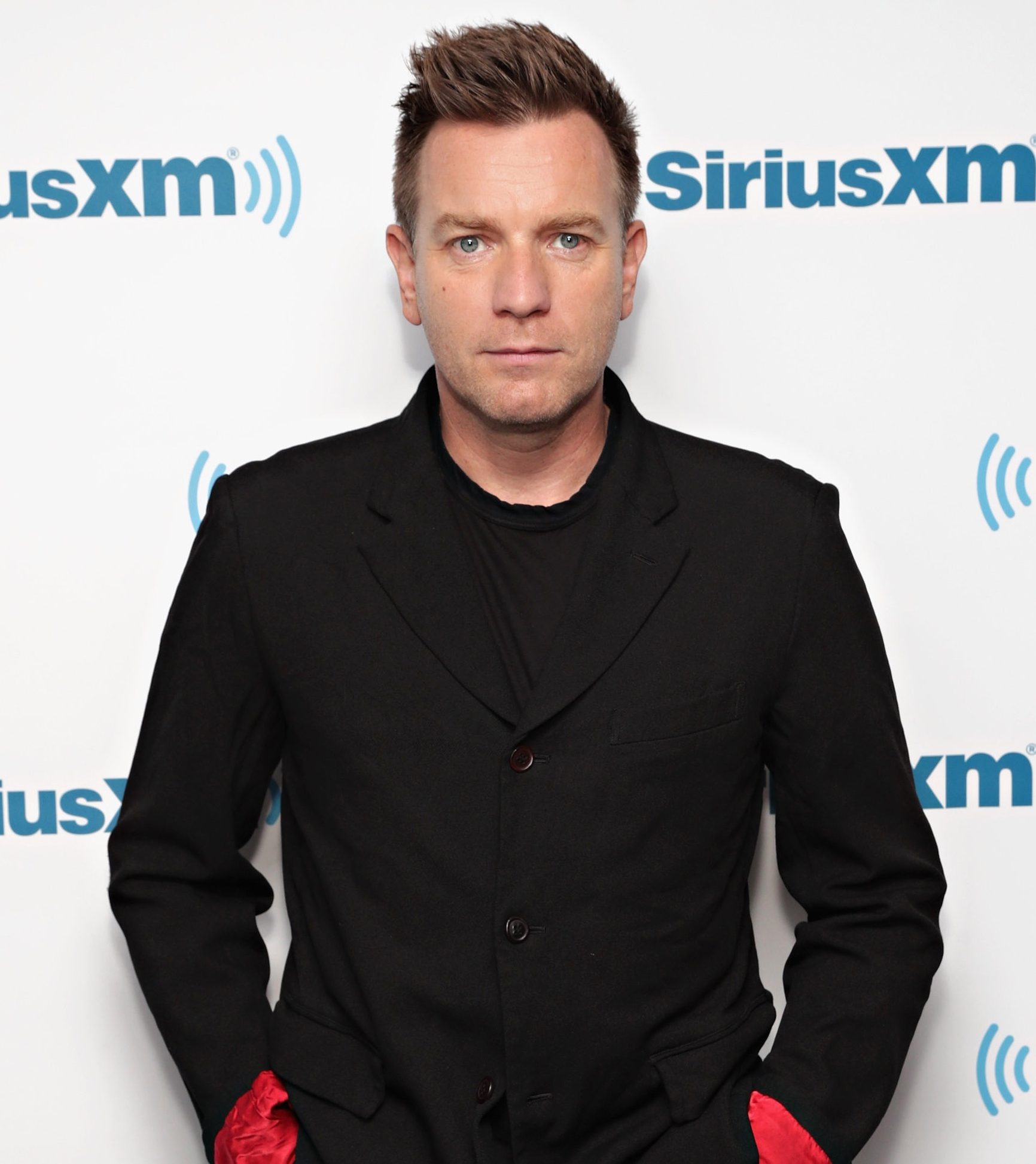 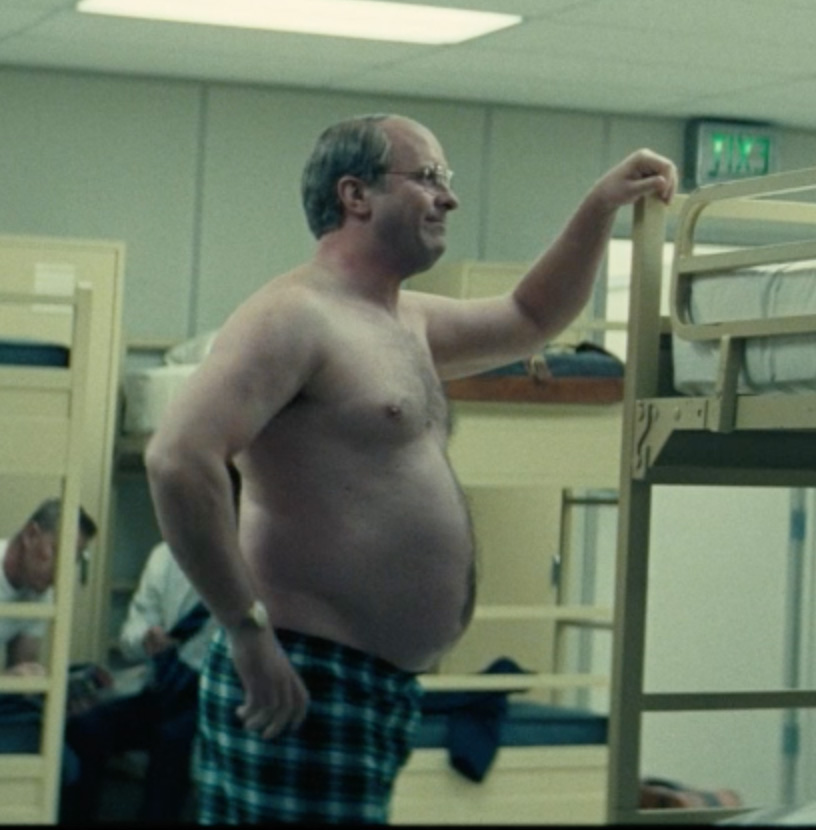 Before: The actor is famed for yo-yo dieting for roles. Christian lost 2st to play a crack addict in The Fighter, then piled on 3st for American Hustle. To play an anorexic in The Machinist he dropped another 4st, and then gained 7st to play Batman.  A nightmare down at Weight Watchers, is old Christian.

After: To play former US VP Dick Cheney in 2018’s Vice, Christian underwent his biggest transformation yet. He put on nearly 3st and reportedly did neck-enlarging exercises to thicken it up. He also spent four-to-eight hours a day in the make-up chair, with his scalp shaved and eyebrows bleached to make his head a better canvas for the wigs and prosthetics. Sadly, it wasn’t enough to bag him the Oscar. 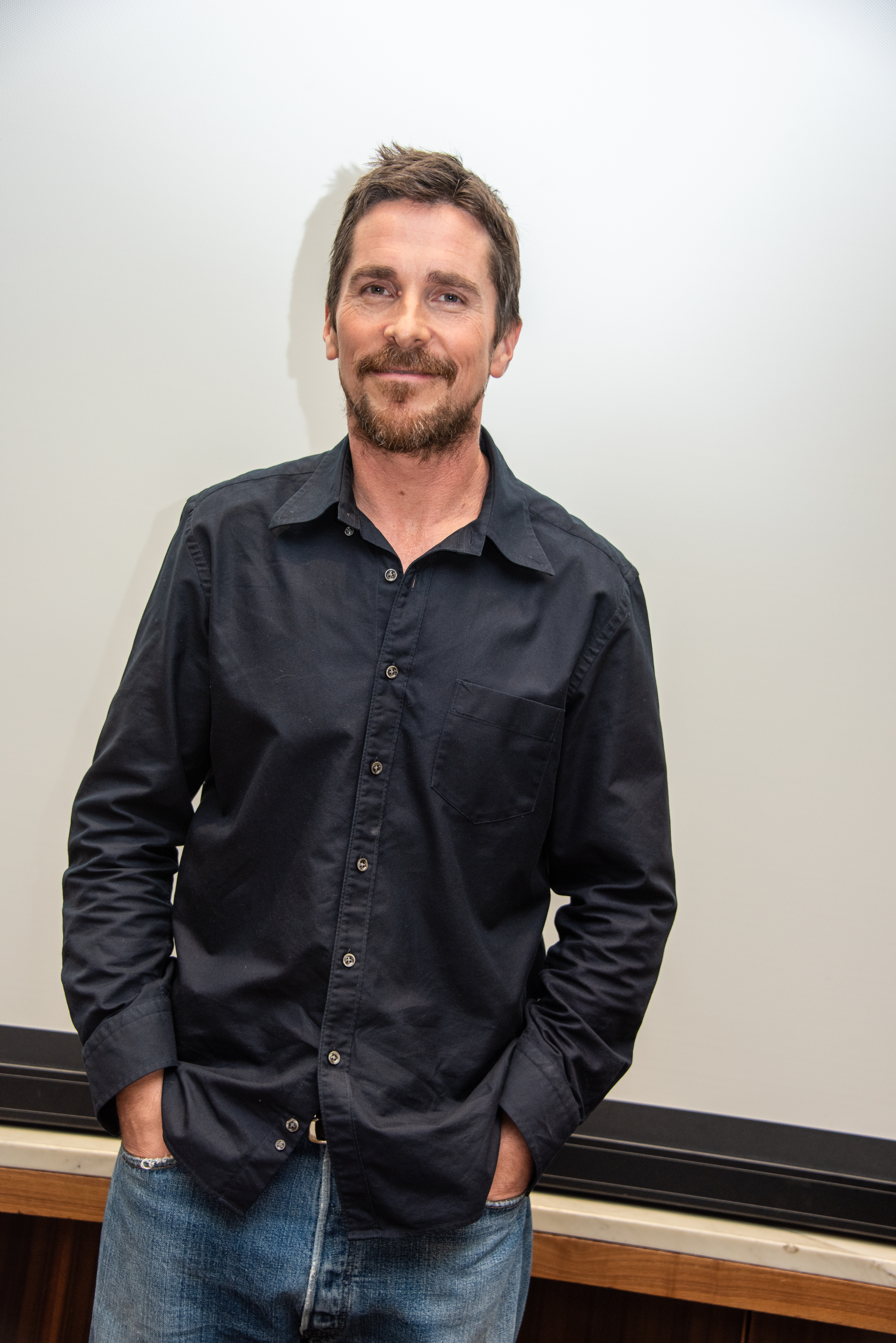 THE GIRL WITH THE (TEMP) DRAGON TATTOO

Before: Fresh-faced Rooney was best known for bit parts such as the girlfriend in The Social Network. So when she finally won the role of emo hacker Lisbeth Salander in David Fincher’s 2011 adaptation of Stieg Larsson’s bestseller, a bit of a restyle was in order. 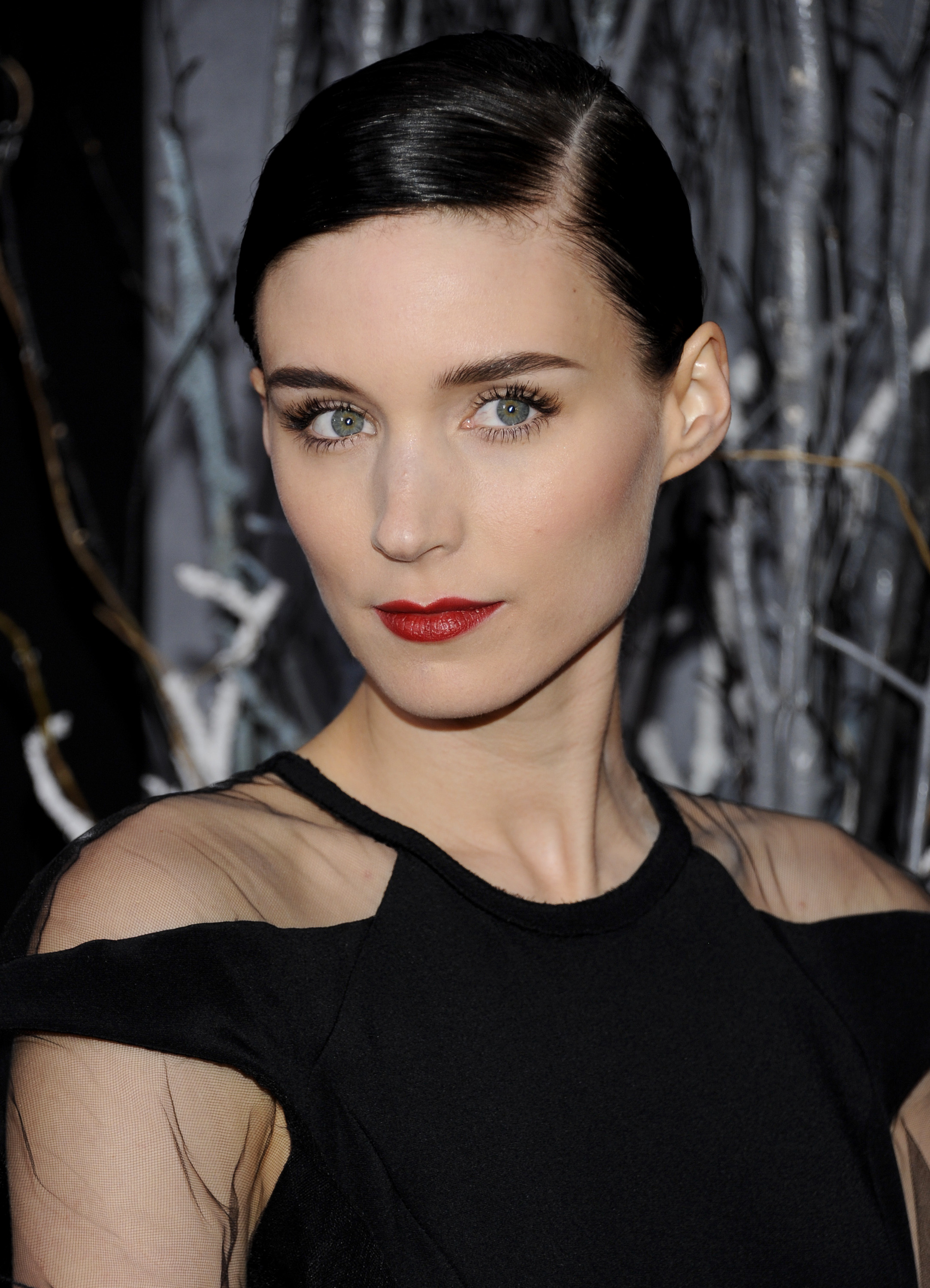 After: Rooney lost more than a stone, had her hair dyed black and half shaved off, got her eyebrows bleached, wore a merkin, got a temporary tattoo and a dozen piercings – four in each ear, three in her eyebrow and one in her right nipple.

Most were removed after shooting wrapped, but the Oscar- nominated actress kept the nipple piercing for possible sequels. “It’s not something I want to ever get re-pierced,” she explained.