Home » Fashion » From dealing with nasty comments from strangers to broken sleep, these four men reveal what it takes to be a stay-at-home dad

From dealing with nasty comments from strangers to broken sleep, these four men reveal what it takes to be a stay-at-home dad Experts say the slide could be due to men “growing tired” of raising kids and Professor Sir Cary Cooper of Manchester Uni said the sheen of being “new men” wears off quickly.  Claire Dunwell speaks to full-time dads who say looking after the kids is harder than they ever imagined – and their partners.

'Strangers tell me that kids need their mum' JOREL DOHERTY, 32, who lives in Hackney, East London, says looking after one-year-old son Hendricks, is the best job. His wife Sophia, 30, runs a hairdressing business and went back to work when Hendricks was six weeks. He says:

"I love being at home with Hendricks. I’ve been there for all his milestones unlike a lot of dads.  When Hendricks came along our business was taking off and Sophia needed to be there. I was shocked in the beginning by how much being a full-time dad involves.

The broken sleep is the hardest, but I’ve got used to it. When it’s 3am and there’s just the two of us it feels special. I get up so Sophia can get her sleep for work.  We’ve got into a routine where I get the housework done in the morning before taking Hendricks out in the afternoon.

Some people ask if I’m Hendricks’ babysitter and I’ve been told by strangers that children need their mums. But I don’t let it get to me.  Too much pressure is put on mums to be with their kids 24/7. Dads do a great job, too."

Sophia says: ‘I get sad when I miss moments, but when I’m home my full attention is on my boys.”

'I thought mothers had it easy but I was wrong' 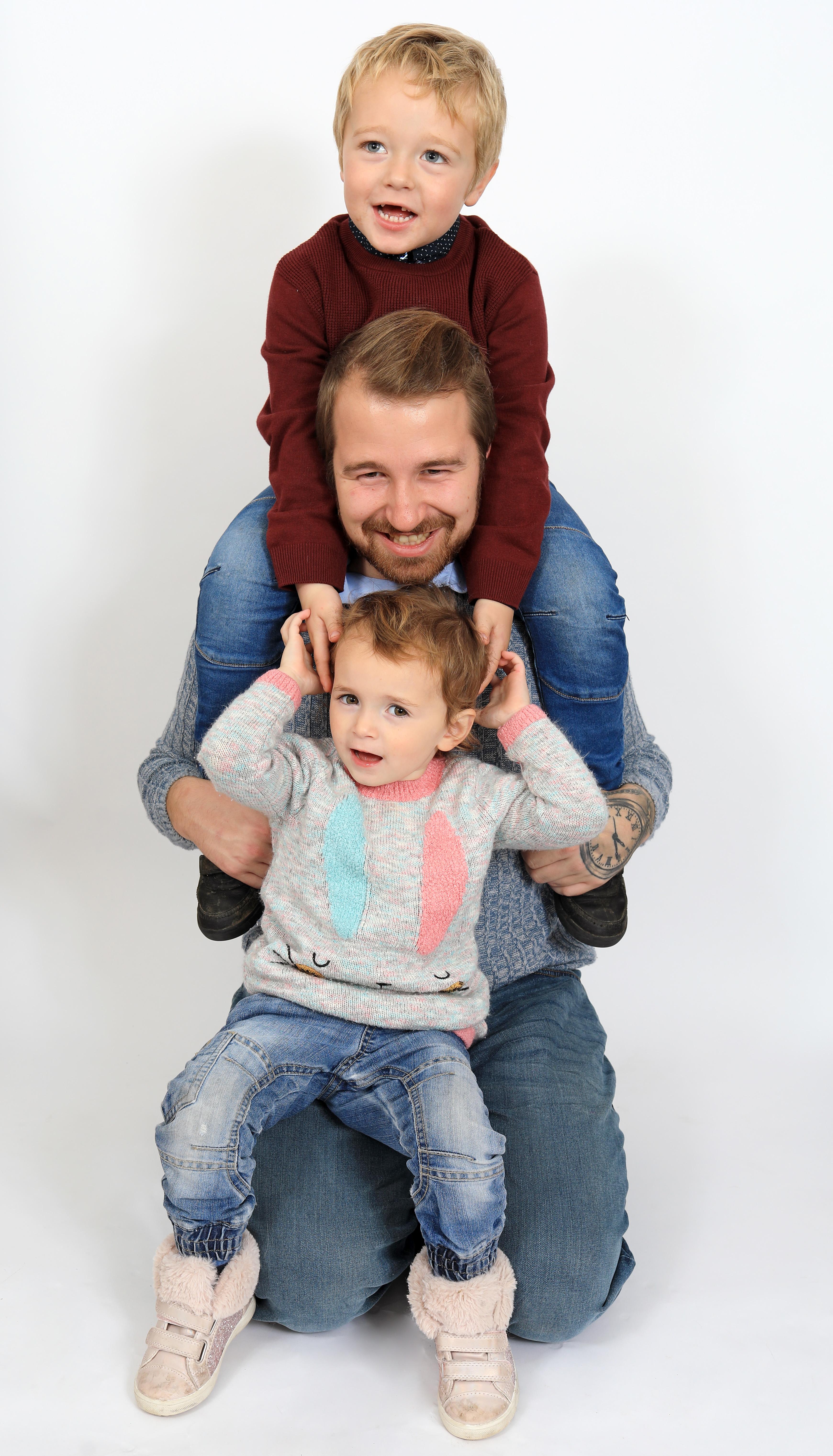 REECE DAVIS, 25, quit his job as a chef but is planning to go back because he says it is easier than being a stay-at-home dad. He left his role when partner Stephanie Fuller, 24, right, started a nursing course. The couple, of Henfield, West Sussex, have Oscar, four, and Francesca, three. Reece says:

"As much as I’ve loved being with the kids, I’m ready to get back to work. I was working 13-hour days when Steph started her course and I wanted to catch up on time with the kids which I’d missed out on.

I used to think Steph had it pretty easy but I was wrong. It’s a full-time job and work is by far the easier option.  But I don’t regret the decision to stay at home. I have had some great times with the kids.

Oscar has autism and his speech is delayed but he’s recently started putting sentences together which is amazing. I’d have missed out on that. Having this time with the kids alone will make me a better hands-on dad." 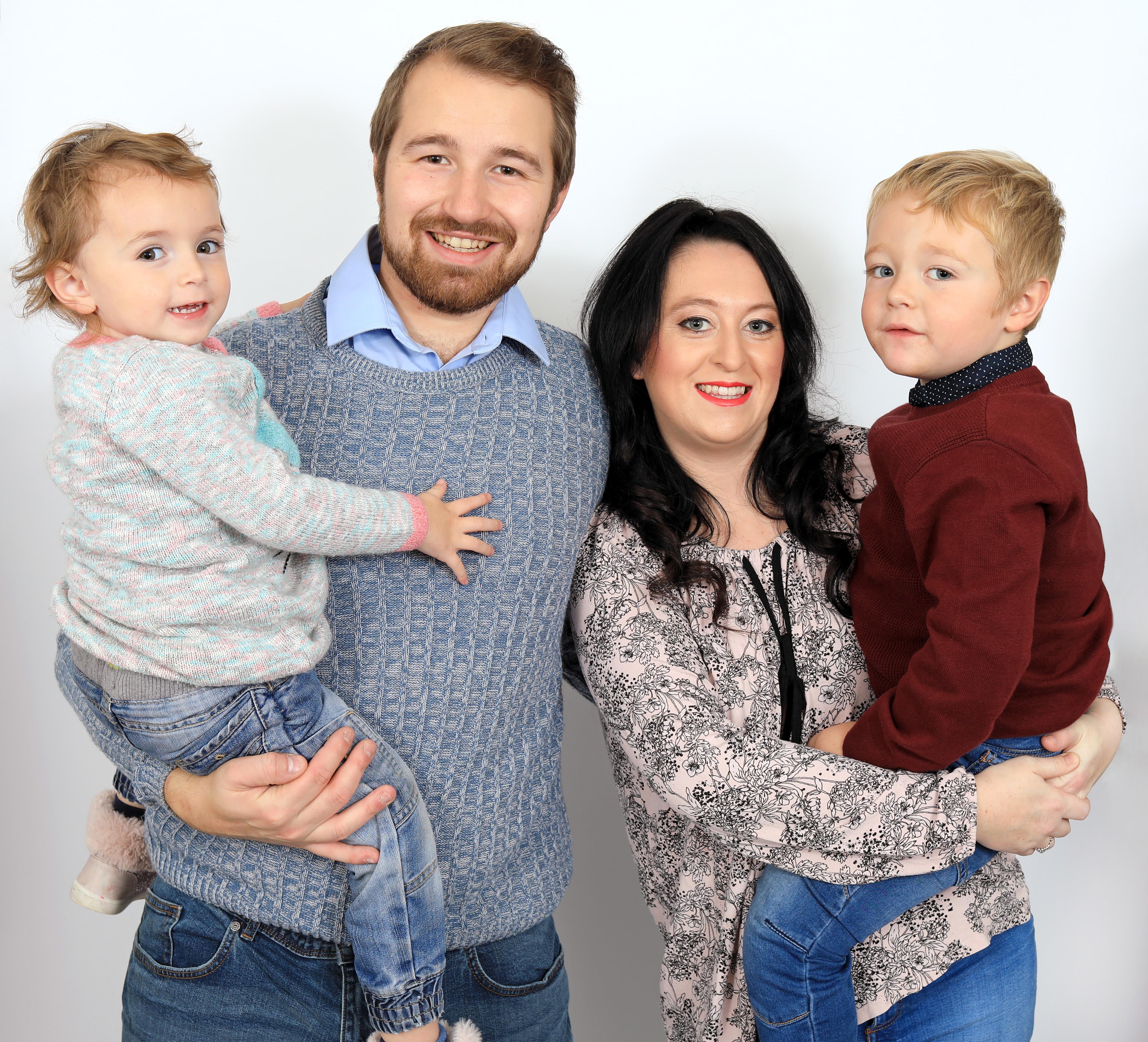 Stephanie says: “Going back to work feels like the right thing.  There will be less stress on the family and the kids have both parents more relaxed than burnt out.”

'When they start school I'll catch up on my sleep' 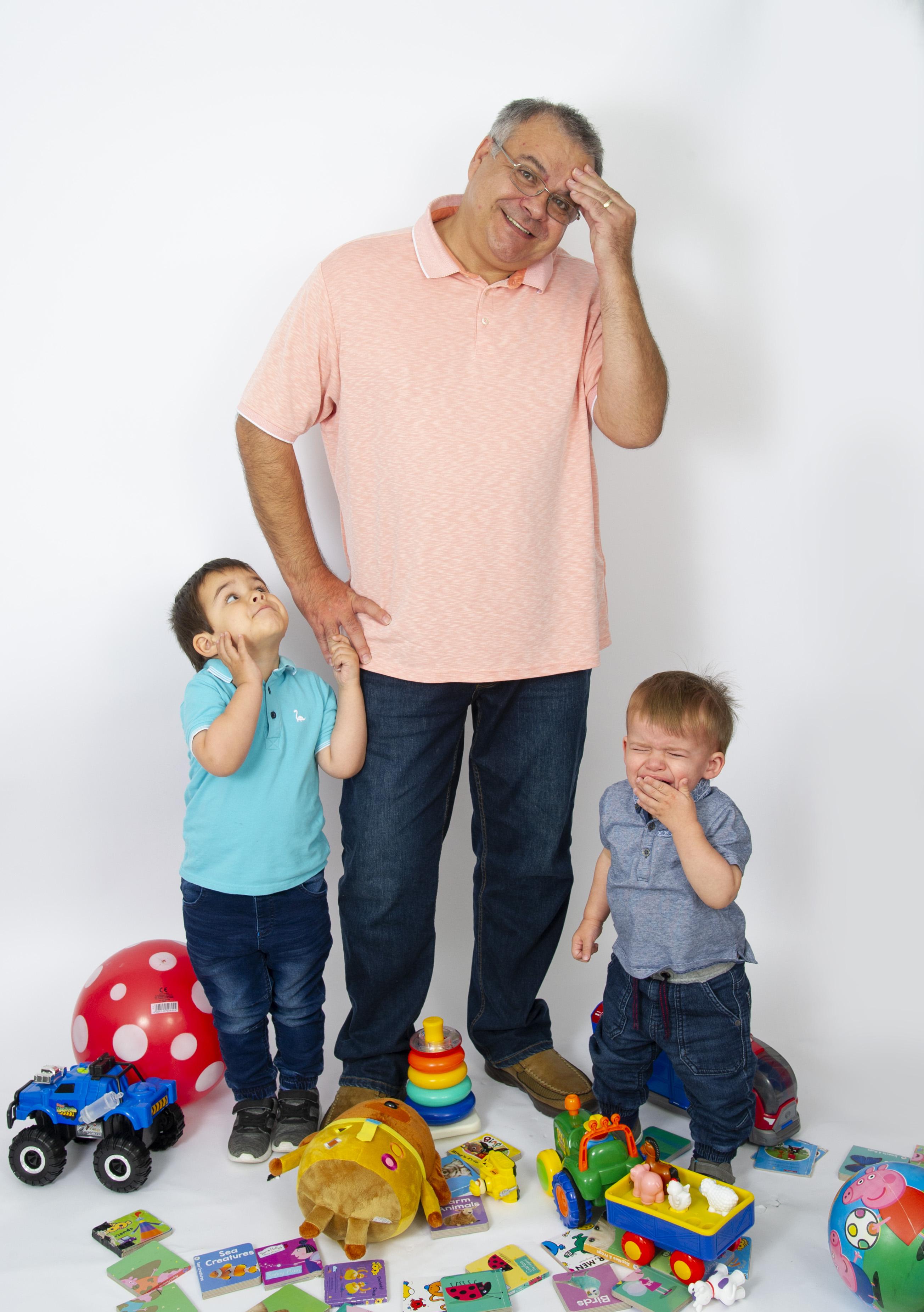 "It’s only now I understand what it’s like for mums who stay at home. I love being with the boys but it’s full-on.  I have grown-up kids from a previous marriage and when they were young I worked full time. I’d get home on a Friday and nip to the pub because I felt I deserved a pint. I didn’t realise until now how much a mum needs that break, too.

When Helen and I decided to have kids, her career was taking off, so it made sense for me to stay at home. I take the boys to a toddler group and, when I talk to the mums about how hard parenting can be, they ask if I’ll tell their husbands.

Once the boys start going to school I’ll probably go back to work. Or I might spend the first year catching up on sleep." 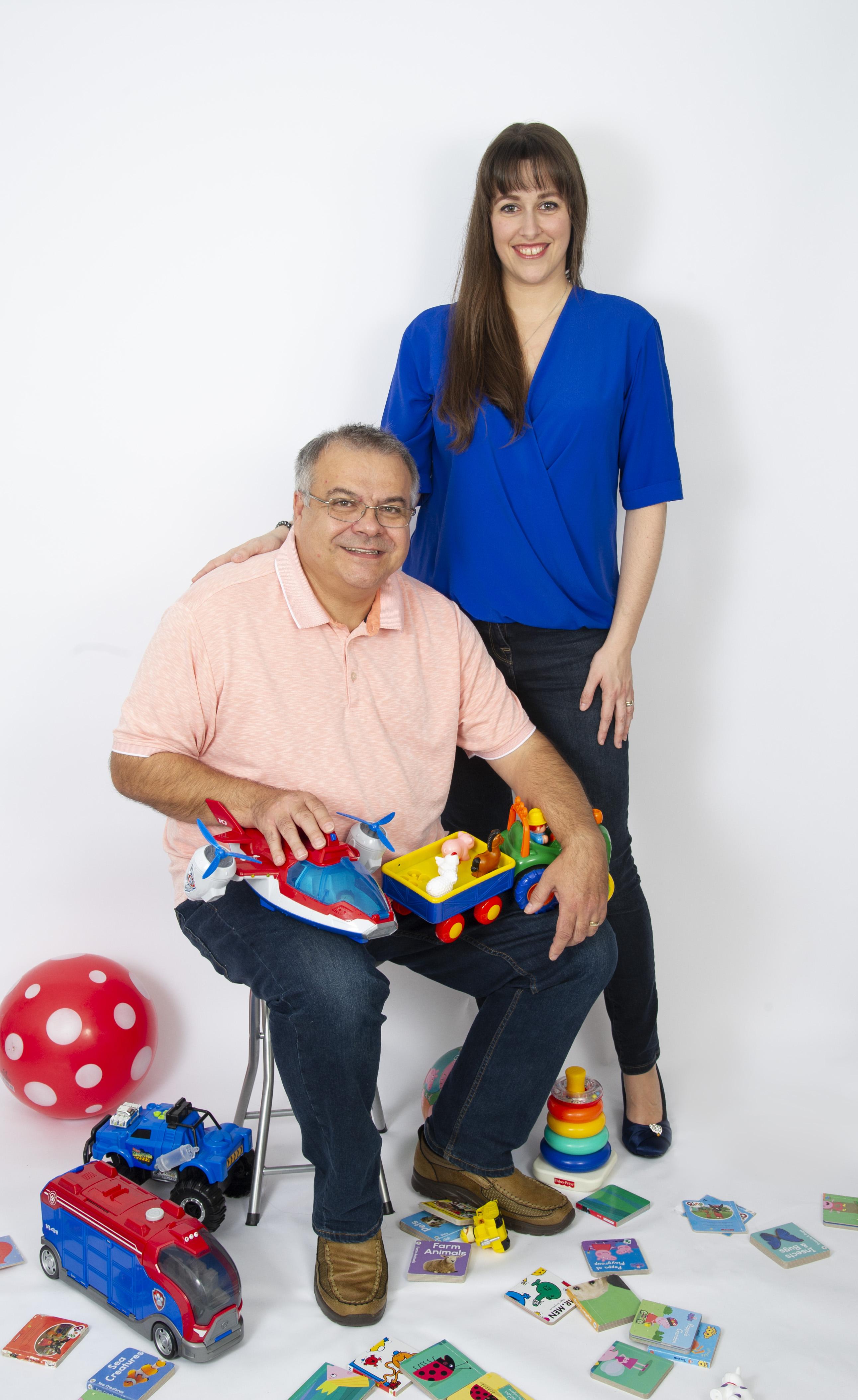 Helen says: “I miss being with the kids but I am grateful that one of us is able to stay at home. Raising children is by far the harder job. John has done very well finding his feet in this ‘new role’.”

'It took us a while but now we've got routine' 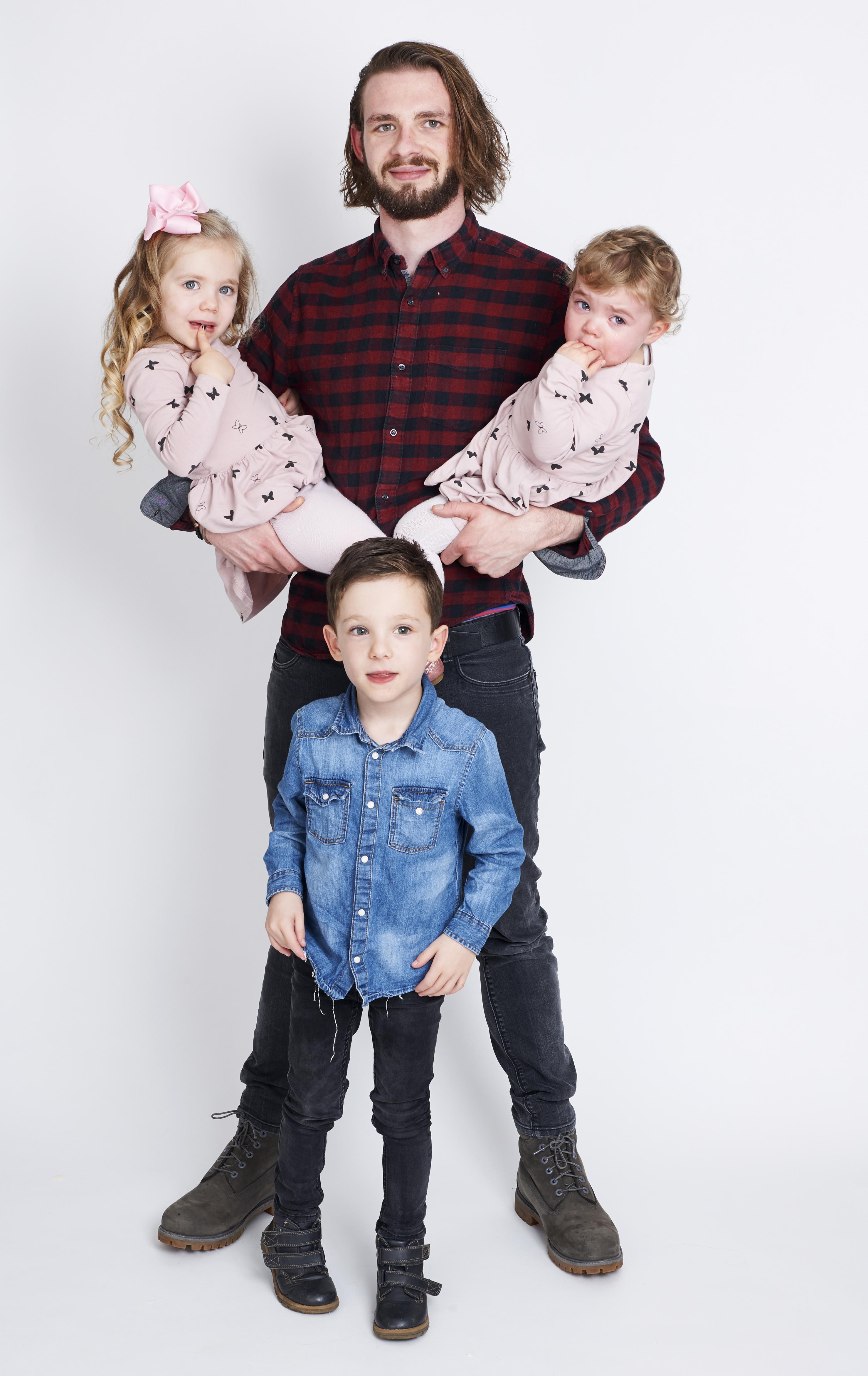 KIERAN BROWN, 28, works from home as an operations director alongside caring for Oska-James, six, Florence, three, and Esme, 18 months. The dad, from Tunbridge Wells, Kent, whose wife Lianne, is a full-time project worker, says:

"I have the best of both worlds because I get to the see the children every day and fit my work around them. Up until April this year, Lianne was a stay-at-home mum. She found a job she loved and because childcare is so expensive, I stepped up.

I was working nine-to-five and, some days, I saw the kids for less than an hour. I wanted to spend more time with them but also work. My boss agreed that I could work from home.  Although it took time to adjust to being at home all day, we now have a routine.

After the school run, I’ll do the washing or hoovering before working.  Six months ago, I couldn’t even serve up an omelette but now I enjoy cooking.  I used to take what Lianne did for granted. I’m lucky to be able to watch mine grow up." 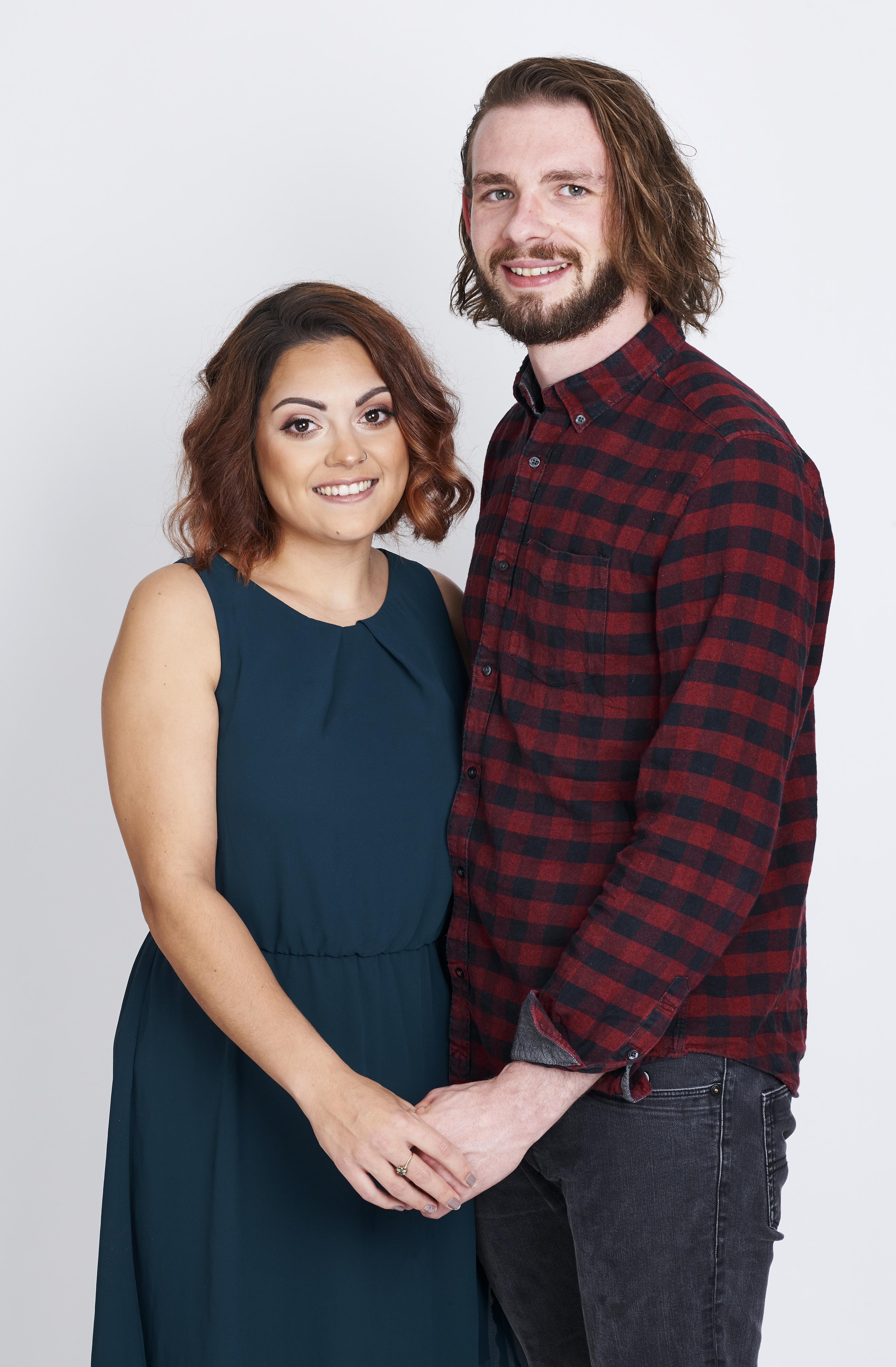 Lianne says: “Kieran does such a fantastic job. The children love him being around more, and the laundry basket has never been emptier.”