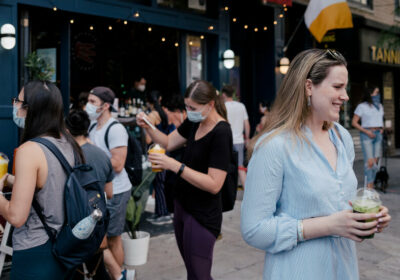 If you missed Thursday’s last call, you’re out of luck: To-go alcohol, one of few upsides in New York’s state of emergency, is officially a pandemic indulgence of the past.

And unlike most lockdown-era pastimes, the walktail deserves a proper eulogy.

Originally intended as a lifeline to shuttered bars and restaurants, takeaway drinks became a welcome — needed? — taste of New Orleans-style hedonism in an unrelentingly dark period.

This is not to say that bars and restaurants have recovered (they haven’t) nor is it to suggest that drinking in public was ever legal. It wasn’t, and city residents of color protested that enforcement varied according to race and class.

For those who skirted an open-container summons, sidewalk drinks represented escape: from loneliness, fear, bad news, Zoom. They were a celebration of outdoor life at a historically hermetic moment. To drink in the streets meant you actually had to venture into the streets — a lost art for many in the work-from-home era.

And oh, the pleasure of venturing: Golden-hour strolls along the Hudson, sucking a tart margarita through a straw as the frost on the plastic cup functioned as a glue for your fingers. Lazy afternoons lying on a picnic blanket with pod-mates, discussing anything but Covid, crisp rosé in hand.

Takeout drinks offered a sense of temporary liberation in other ways. They were an excuse to slip down one’s dreaded mask in public, if only for a sip at a time. And, when consumed in moderation, the alcohol seemed to serve a wellness function, providing a moment of hazy reverie to break up days of endless sameness at home.

To-go cocktails were not just a city phenomenon. New York’s exception applied to the entire state; Maryland, Iowa and many other states passed similar measures. 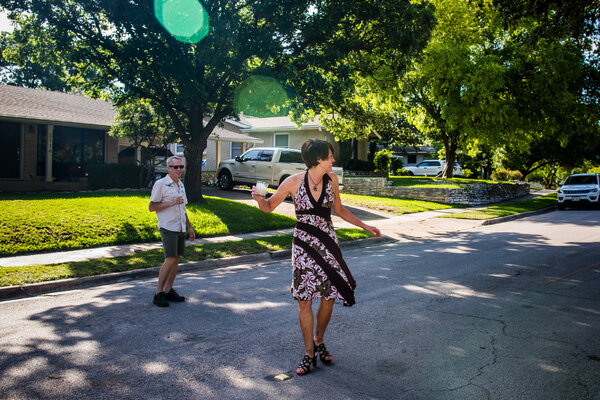 Even so, you can argue that New York City residents needed it most, with large swaths of the population confined to cramped apartments, without the backyards where suburbanites and others hosted intimate, socially distanced soirees.

On-the-go drinks brought a convivial spirit to a city sorely lacking it. As avenues closed to traffic, they became the fuel for a renaissance of street life in general, as new pedestrian thoroughfares transformed into European-style boulevards brimming with festively lit “streeteries” and friends making up for lost time.

The spirit at these impromptu street festivals provided New Yorkers with a reminder of why they lived in the city in the first place — or more to the point, why they stayed in it during a period of urban exodus, when so many fled to the suburbs or country.

Sure, the idea of to-go cocktails sometimes was more enjoyable than the practice. Sipping a $16 negroni through a straw cup while hoofing it down the sidewalk violated not just the standard aesthetic pleasures of cocktail hour (the chill of the glass, the tinkling of ice cubes), but also its languid pace.

Drinking on the move involved other complications, as well, such as when bars ran out of lids and you were forced to watch your drink splash incrementally to the sidewalk, $2 ounce by $2 ounce. Winter was even dicier, as al fresco imbibers had to balance fumbling their cocktails in heavy gloves with the risk of suffering fingertip hypothermia.

And then there was the mandate that bars and restaurants serve food with to-go drinks, a policy that added to the hassle but also lent some amusement. One Brooklyn bar offered “cups” of “tomato soup” — dollops of ketchup served in plastic condiment containers.

Flouting the mandate, which was lifted in April, was just one more transgression for those willing to bend the rules in service of a party.

Throwing back drinks in plain sight felt, in some tiny way, like a throwback to the outlaw New York of the 1970s and ’80s, when underground clubs evolved into quasi-orgies and people brazenly smoked weed in broad daylight. (Oh wait, that was also happening during the pandemic.)

In sum, public drinking amounted to a welcome shattering of norms, an anything-goes gesture at a time when almost nothing went, when every aspect of life seemed bound by rules: where you could go, whom you could see, how you should wear your mask.

That freedom, as much as 80-proof alcohol, provided the real buzz.