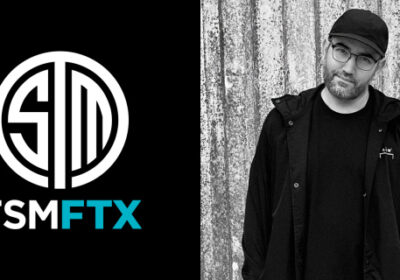 Marino joins the U.S.-based TSM from FaZe Clan, where he served as executive creative director and built that esports organization’s merchandise apparel division. In his new role, he will oversee the development for all TSM FTX apparel, with the first products under his direction launching in July. He also plans to build the company’s in-house brand and forge collaborations to connect with its fan base of about 100 million people, according to Marino.

“I’m interested in what I can do for TSM,” Marino said to WWD. “They have always been pioneers in the business of gaming and esports.”

“They have many streams of revenue and continue to get more valuable,” Marino added. “I don’t see them being taken off of the Forbes [Most Valuable Esports Company] list any time soon. For me, it was an easy decision, but also I like the idea of sculpting something. They haven’t really focused on apparel in the past. I love their logo, their colors, it’s a great starting point.”

Marino has been a part of the gaming and esports scene for some time through FaZe Clan and believes that the average gaming fan is “not abstractly different from the fan base of Rocksmith,” noting how both have an affinity for streetwear, hip-hop music and hype.

“I’ve been in this space since the beginning of 2019 and it grows fast year after year,” he said. “To me, after doing 18 to 20 years in traditional streetwear, I feel the energy now is in this esports space and even when it comes to product, it’s exciting. It’s all one market now from hip-hop to hype. It’s all melded together and the esports companies fall in that.”