THE widow of Singin' in the Rain star Gene Kelly has slammed a TV host for mocking Prince George over his love of ballet. 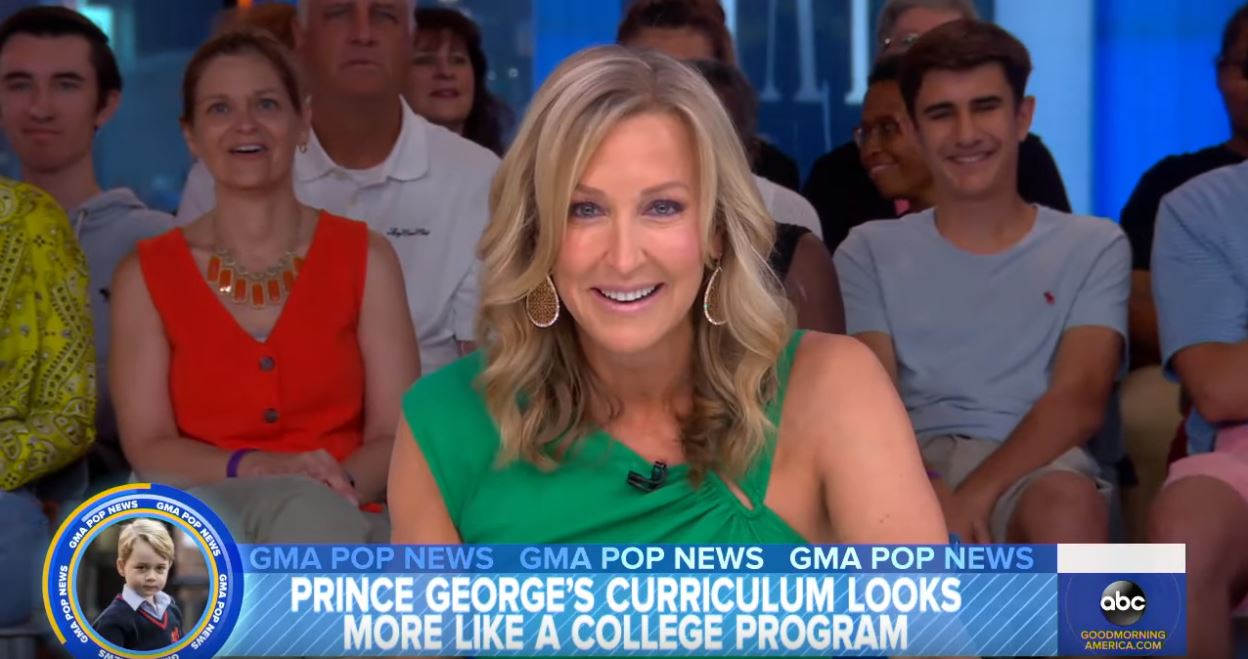 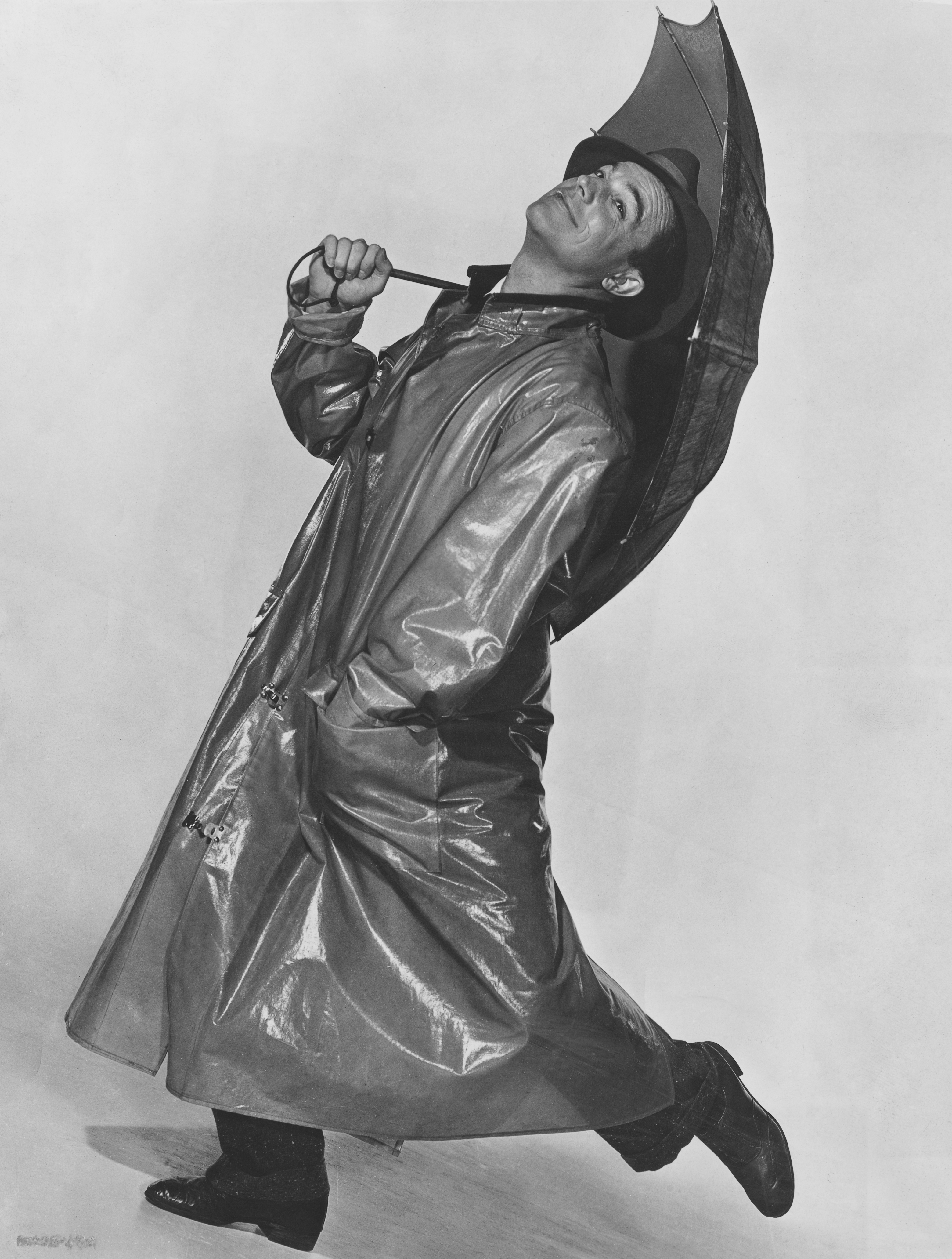 The Good Morning America host has been forced to apologise after she sparked outrage by ridiculing the young royal’s hobby.

In a TV segment, Lara had stifled her giggles while discussing George’s love of ballet, saying: “I have news for you Prince William we’ll see how long that lasts.”

Patricia branded her remarks “unacceptable and incomprehensible” and questioned why the clip was allowed to air.

She told how her husband, who was famed for his graceful dancing skills, tried to take on the stigma facing male dancers in 1958.

He starred in an NBC show called Dancing, A Man’s Game featuring sports stars including Mickey Mantle and Johnny Unitas. 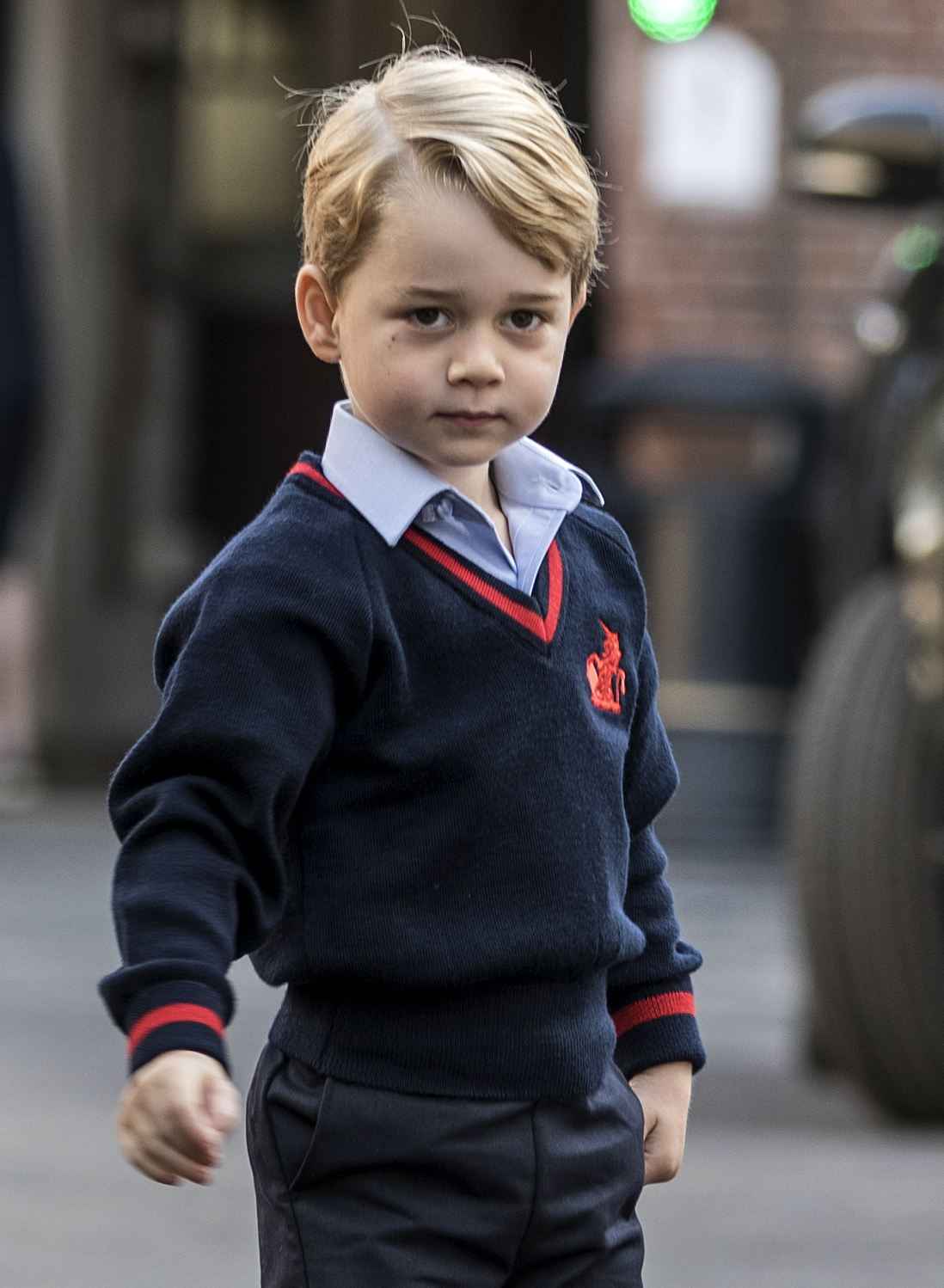 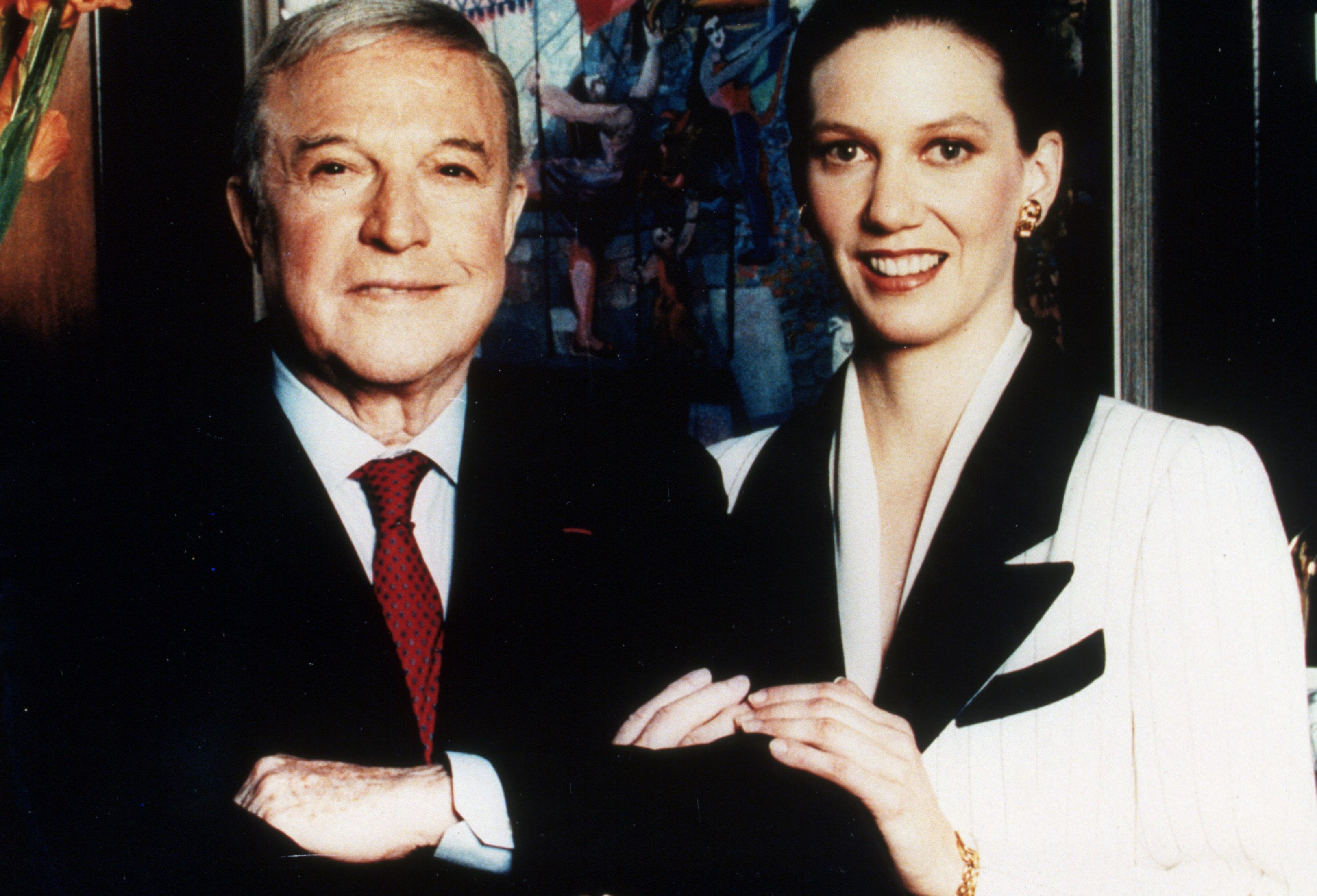 “He hoped that by aligning the great sports stars of the day he could challenge and destroy the shame surrounding male dancers once and for all,” Patricia wrote.

“For Gene it was more than a professional task. It was, in his words, a personal ‘crusade’ to show that dancers are athletes and that it is okay for a man to be graceful.

“Gene would be devastated to know that 61 years after his ground-breaking work the issue of boys and men dancing is still the subject of ridicule—and on a national network.”

She said ABC “must do better”.

“That host Lara Spencer would mock a boy’s study of ballet in a nationally televised morning show and that her colleagues would join in her derision is both unacceptable and incomprehensible.”

In a TV segment about the young royal, she had said: “The future king of England will be putting down the Playdoh to take on religious studies, computer programming, poetry and ballet among other things.”

The audience as well as Lara could be heard erupting into laughter at the last comment.

She then stifled her giggles and added: “Prince William says George absolutely loves ballet, I have news for you Prince William we’ll see how long that lasts.”

Her comments caused outraged among viewers, and several celebrities have since come forward dubbing her comments “outdated.”

Following the backlash, Lara posted an apology on her Instagram. 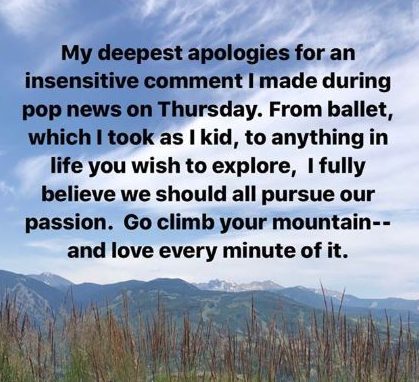 'MUST DO BETTER' Full letter from Gene Kelly's widow

In 1958, my late husband, the dancer, director, choreographer Gene Kelly, decided to take on the stigma facing male dancers in an Omnibus television program for NBC that he created and starred in called “Dancing, A Man’s Game.” He hoped that by aligning the great sports stars of the day—Mickey Mantle, Johnny Unitas, Vic Seixas, Sugar Ray Robinson, among others—he could challenge and destroy the shame surrounding male dancers once and for all. For Gene it was more than a professional task. It was, in his words, a personal “crusade” to show that dancers are athletes and that it is okay for a man to be graceful. As he says in the special: “What could be more graceful than a football player throwing a pass—what is more excitingly beautiful than the swift movement of a double play? Every motion a good athlete makes is as beautiful as any a dancer makes.”

Sadly, on August 22, 2019, Good Morning America elected to run a disgraceful segment about Prince George and his ballet classes. That host Lara Spencer would mock a boy’s study of ballet in a nationally televised morning show and that her colleagues would join in her derision is both unacceptable and incomprehensible.

Gene was a classically trained ballet dancer and believed that his training was essential to all that he did. He was schooled in Chicago by a woman named Berenice Holmes who had been the student of the great Russian dancer Adolph Bolm. Gene said that Holmes could perform many complicated turns better than a man, including a double tour en l’air, and that she instructed him to dance with great strength, particularly in his arms. He knew that ballet training gave him the long, beautiful line that he sought in his dancing and, later, in his choreography for the camera that led to some of the seminal films of our time, including On the Town; An American in Paris; Singin’ in the Rain; Brigadoon.

Over the years, Gene advised many professional athletes to study ballet, including former wide receivers Willie Gault and Lynn Swann. Both acknowledge that the training improved their performance on the field. Many have followed suit. Gene would be devastated to know that 61 years after his ground-breaking work the issue of boys and men dancing is still the subject of ridicule—and on a national network.

ABC must do better.

“My sincere apologies for an insensitive comment I made in pop news yesterday,” she said.

“From ballet to anything one wants to explore in life, I say GO FOR IT.

“I fully believe we should all be free to pursue our passions. Go climb your mountain-and love every minute of it.”

She had faced calls to apologise after being accused of “shaming” the young royal on TV.

Former Strictly judge Arlene Phillips commented on Instagram: “What a shameful, outdated, harmful attitude being broadcast to the masses.

"There should be nothing but encouragement for any male who chooses to try dance whether it’s as a fun hobby or for a future as a professional.”

Equally appalled was X Factor choreographer Brian Friedman who shared a clip from the US show on his Instagram.

Captioning the video he wrote: “See this cute face, the future King of England? This adorable boy is being shamed by a grown woman on National Television in America for taking ballet! 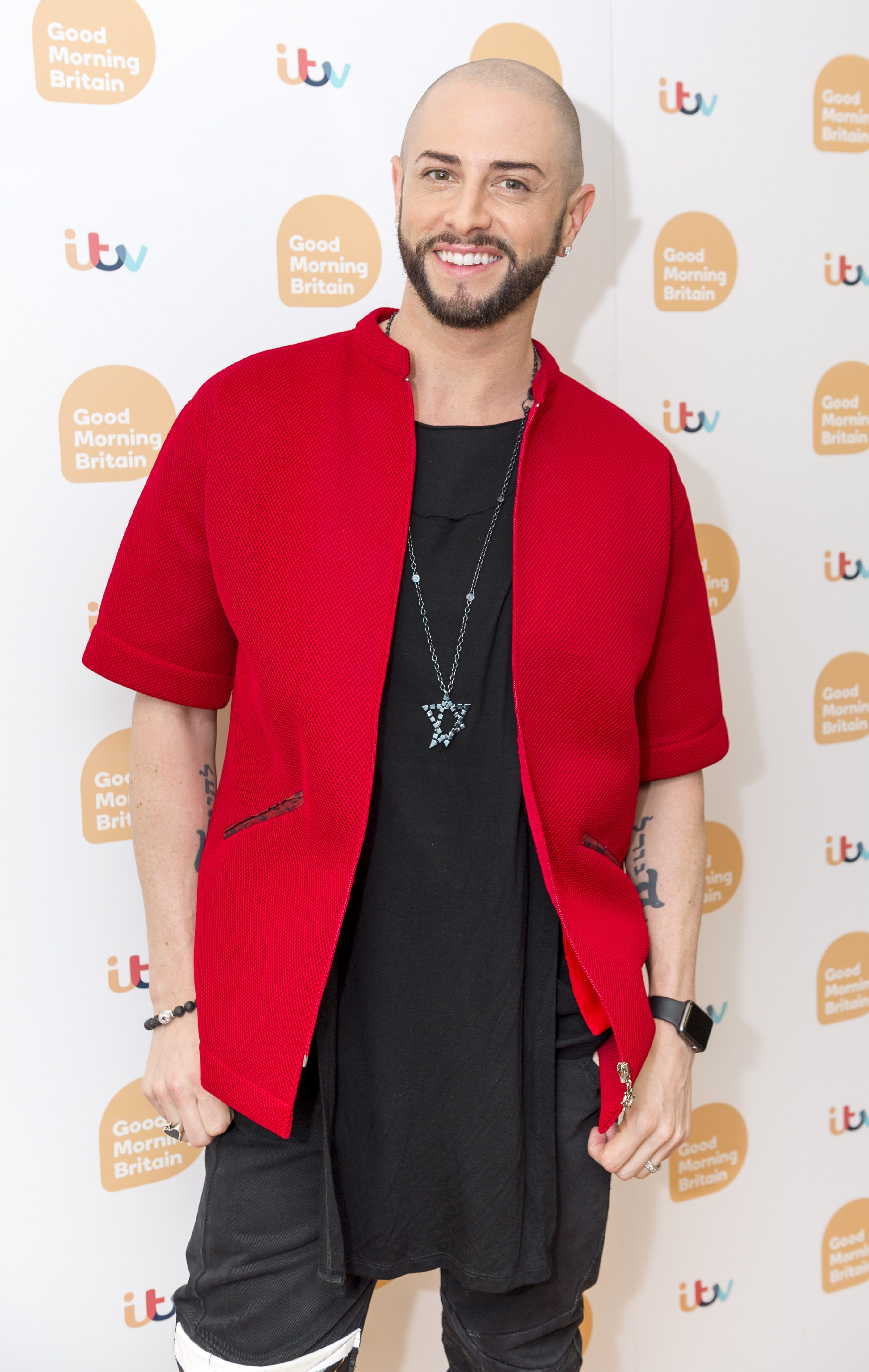 “@lara.spencer you should be ashamed of yourself as well as @gstephanopoulos for laughing along & @goodmorningamerica for letting public shaming of young boys happen!

“Growing up as a dancer I was bullied horribly which is exactly what this is. She is teaching the word that it is ok to laugh at boys for dancing and that is so sad.

“Just think about the young boys who may have seen this and could quit their passion at her expense.

“It infuriates me and I would appreciate everyone sharing this and forcing a public apology to Prince George, The Royal Family, all male dancers and all dancers in general for being so insensitive.” 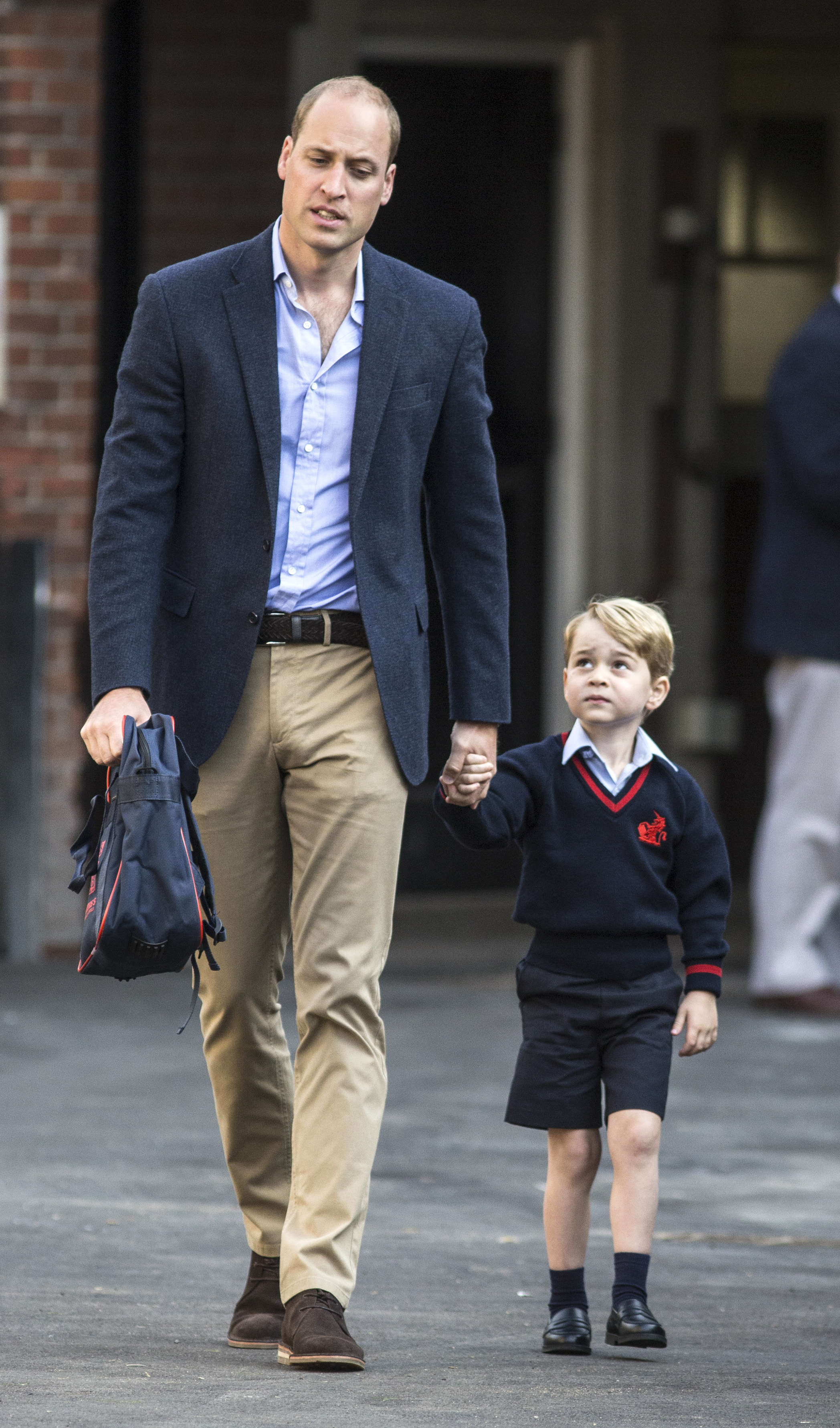 A fellow choreographer commented on his post writing: "This is awful and riddled with ignorance."

"So sad, very disappointing" said another, with a third writing, "Boys can do it too. Nobody should be ashamed to do what they love to."

The third-in-line to the throne will be introduced to ballet as well as French lessons when he goes into Year Two when he returns to St Thomas's Battersea early next month.

He will continue his love of dancing by having weekly ballet lessons.

As part of the school's physical education programme, George and his classmates will have 35-minute ballet classes which are accompanied by a live piano player.

Last year, Prince William told finalists of the BBC Radio 1's Teen Hero awards that his eldest son is also a keen dancer like Princess Diana and had been loving his ballet lessons at school.

As outlined on their website, the school's ballet lessons is based on the Royal Academy of Dance's syllabus and is purposefully designed to build students' "physical skills, stamina, creativity, expression and musicality, using a range of movements and musical styles.

In other words, it's an all-together more fancy affair than our primary school P.E lessons spent on indoor climbing frames.

In other royal news,we told you how Meghan chose to wear an £85 sustainable shirt for her visit to Smart Works.

And we shared how The Queen is astonished and very impressed by ‘Hurricane’ Meghan Markle’s work ethic, royal author claims.