James Hinnigan, 39, asked to see his brain tumour once it had been removed as he lay awake during surgery. 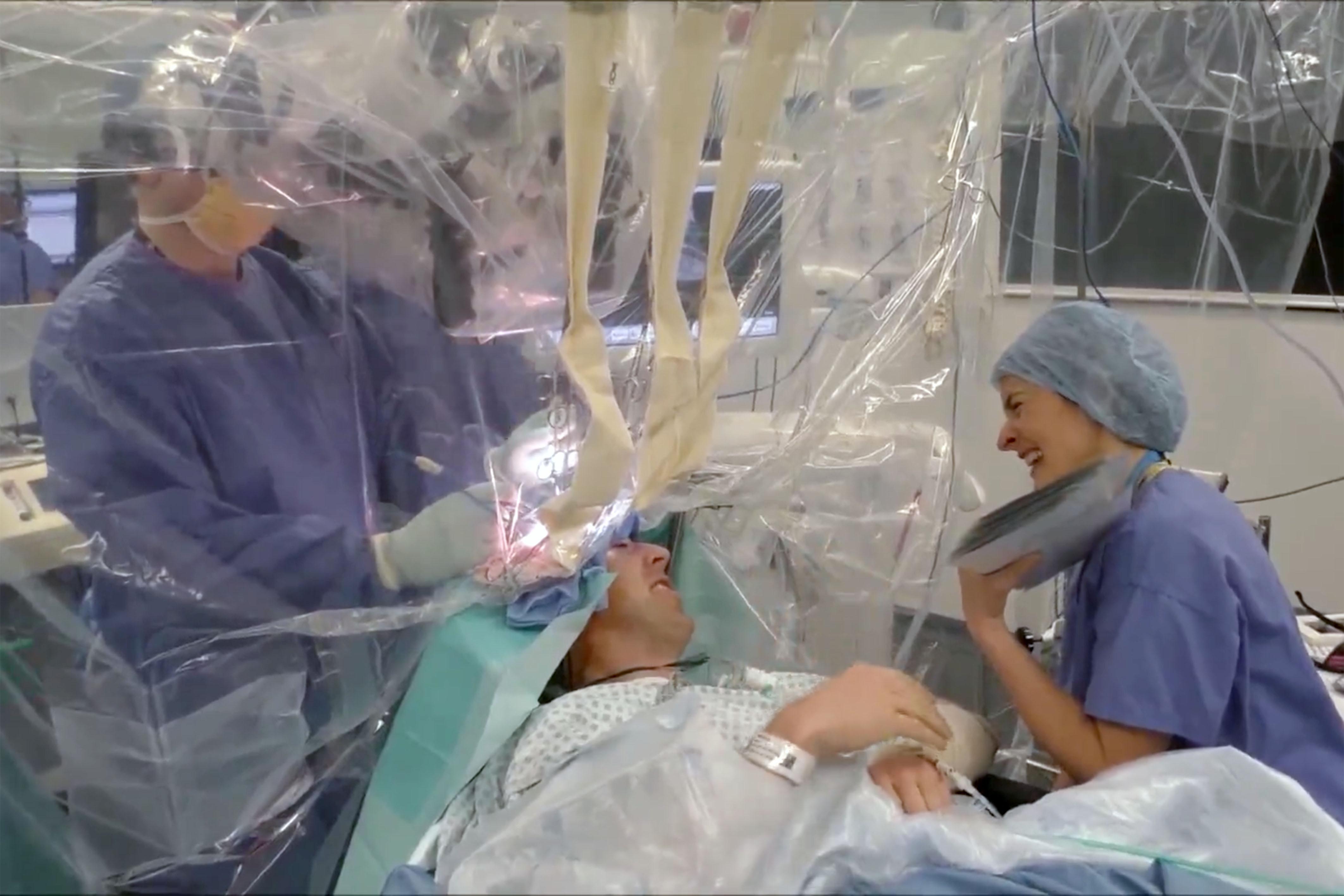 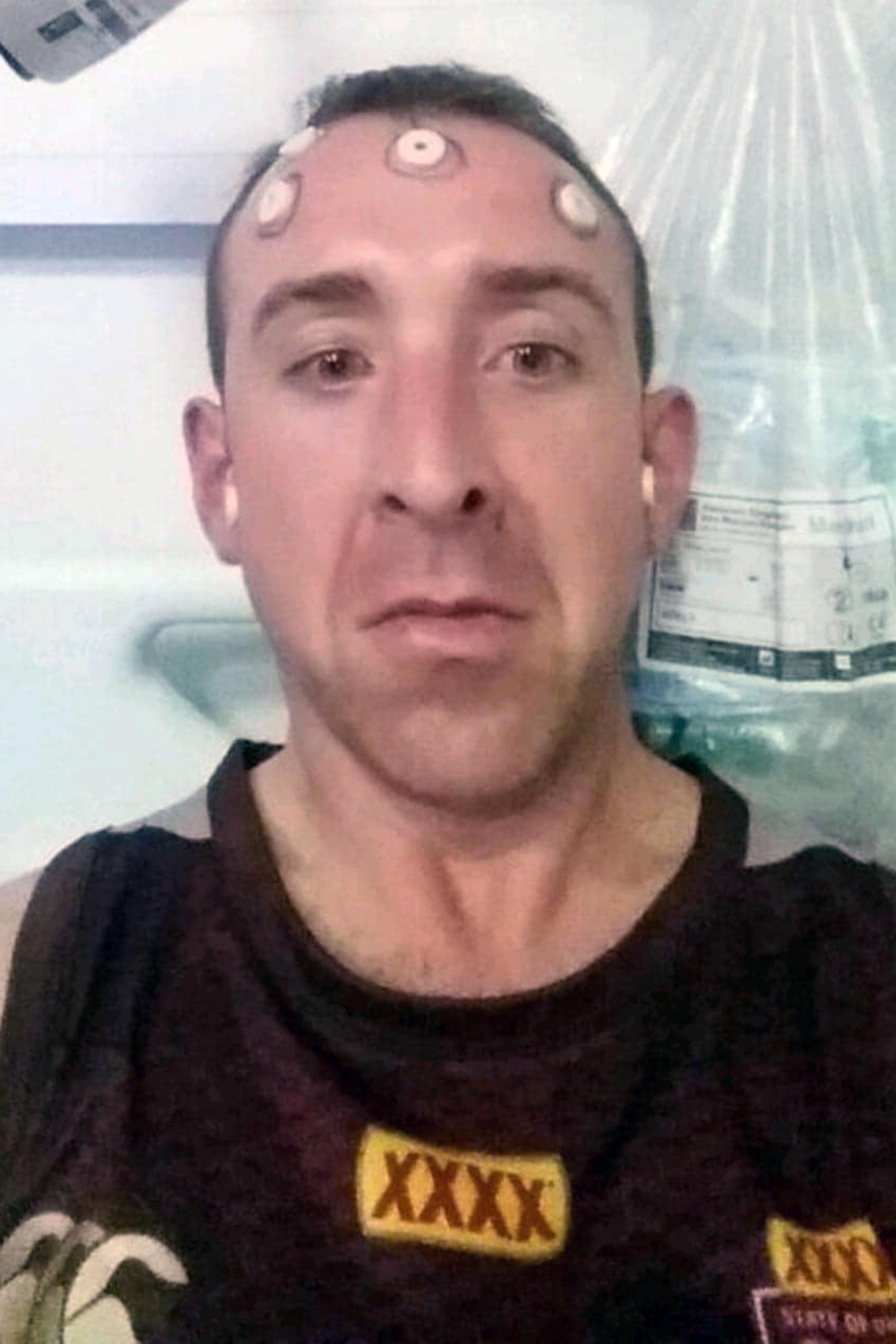 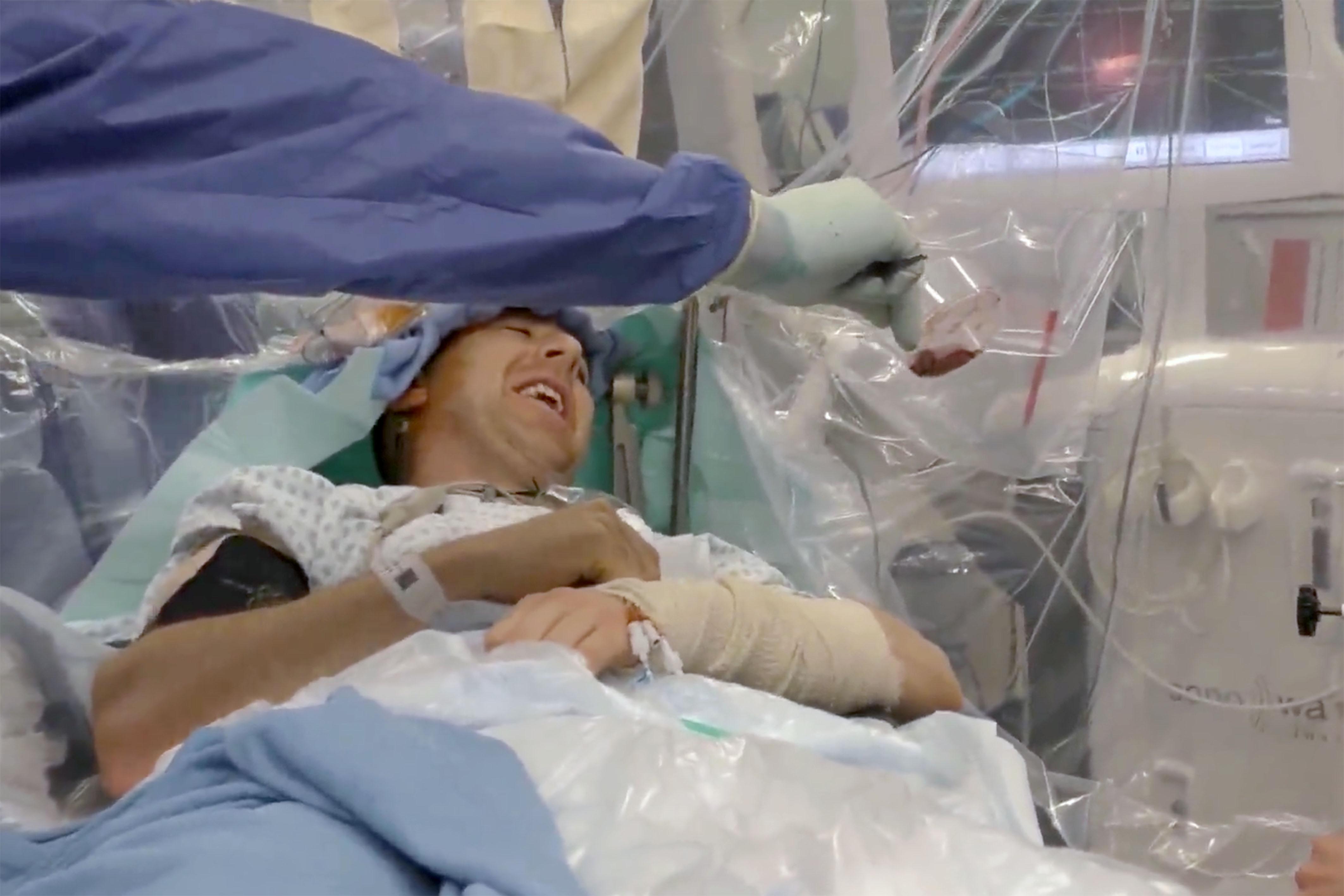 During the vid, James, from Wigan, Greater Manchester can be seen waving his tumour goodbye and saying "don't come back or bring any friends".

James thought that he was having a stroke before his diagnosis, suffering from slurred speech and pins and needles.

He underwent pioneering surgery as part of a clinical trial in 2016, and he's since decided to share the video to show firsthand the amazing procedure and the work of the Brain Tumour Research charity who filmed it.

The maintenance manager said: "I asked to see my brain tumour as I wanted to see what had been causing me so much trouble. 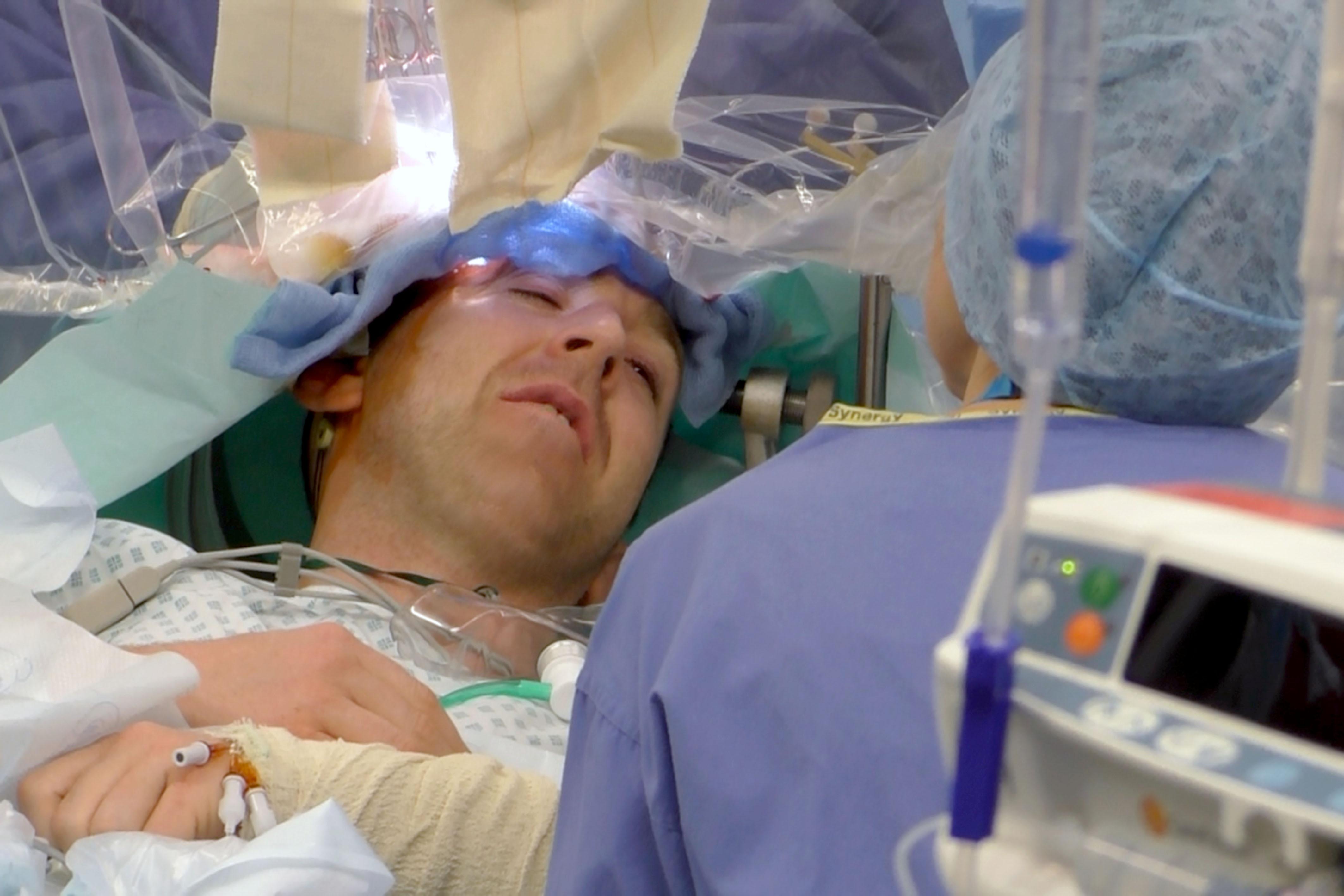 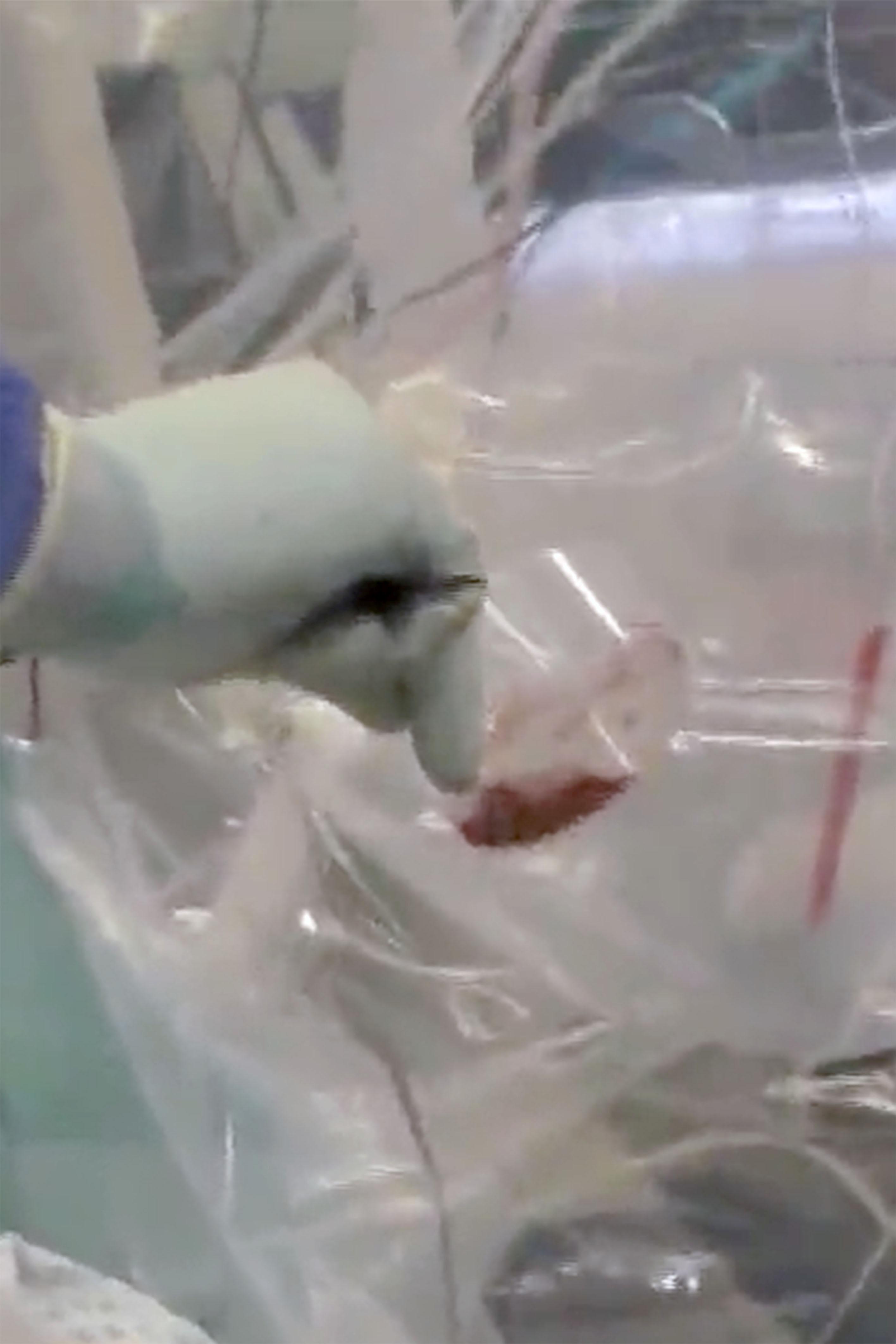 "I got a bit emotional during the video too as I was so grateful that I'd been offered the lifesaving surgery.

"In the clip I can be heard swearing at the tumour before asking it not to come back or to bring any friends.

"It is strange watching it back as I was in a bit of a daze at the time."

James was put to sleep while surgeons opened his skull, but he was woken up during the op so they could remove the mass without causing any long-term damage to my speech. 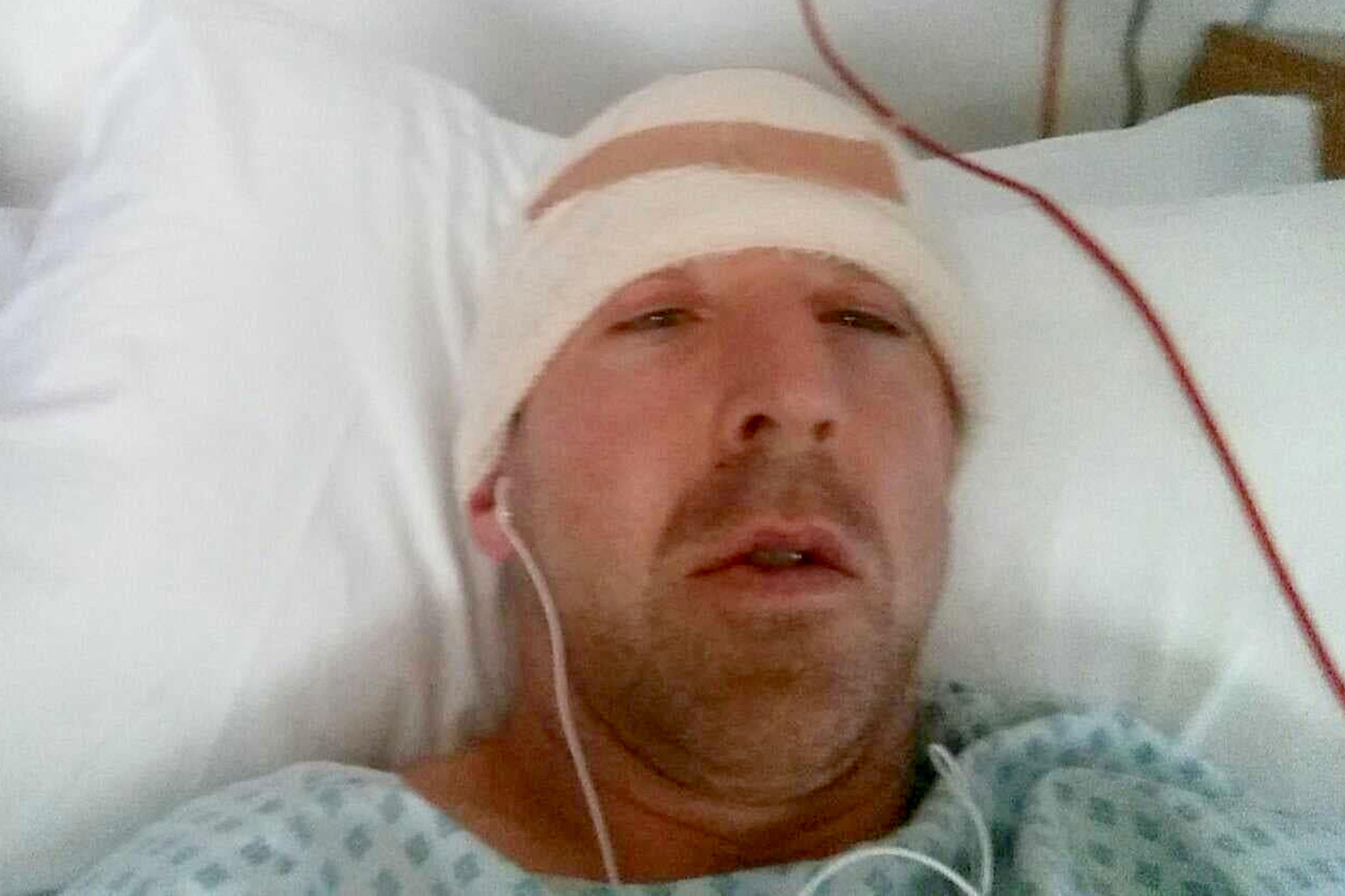 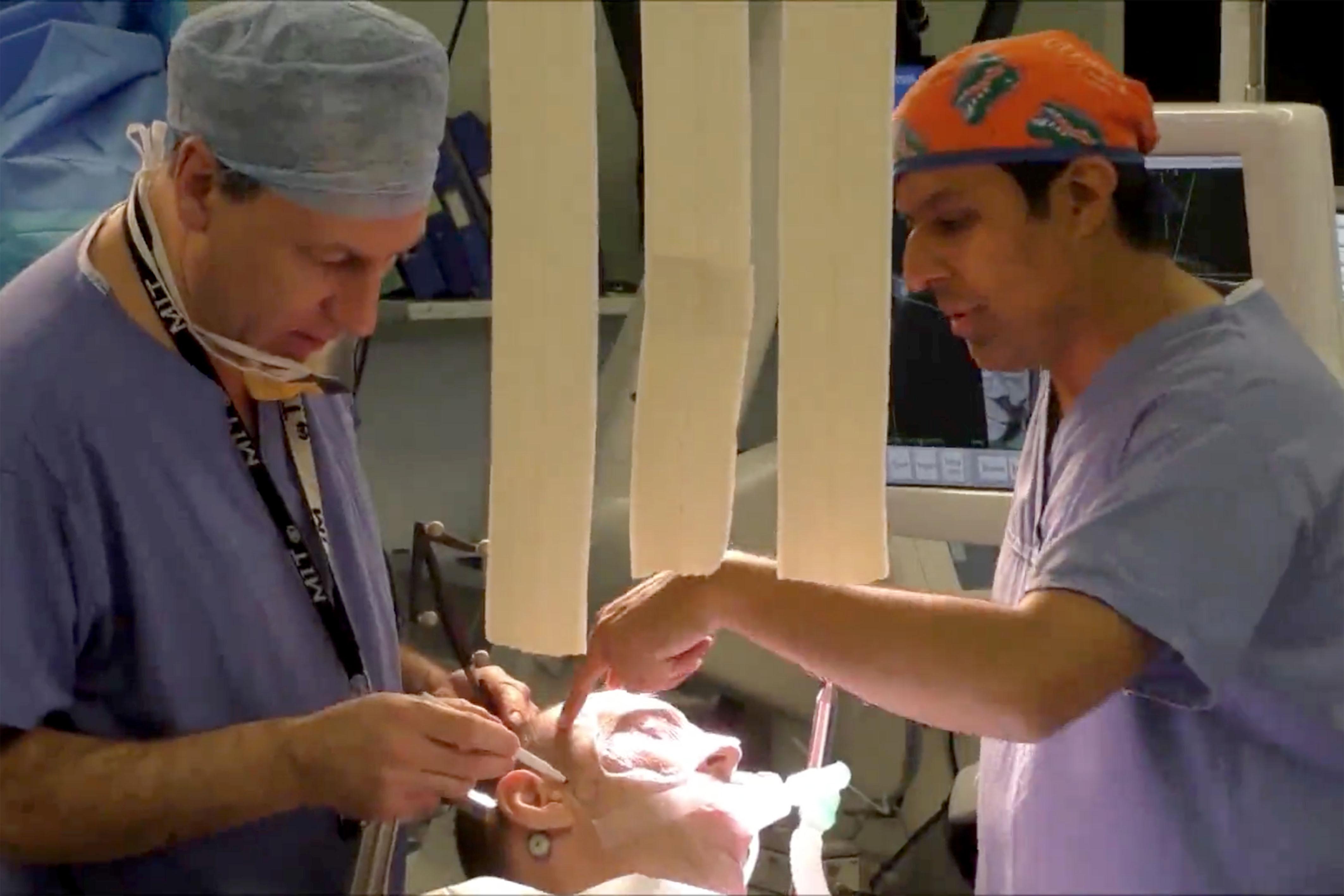 "I find it all fascinating and despite being nervous the nurse really put me at ease," James recalled.

"I have been tumour free since the operation and have scans every six months."

When he was diagnosed with stage two glioma, James was living in Westen Australia with his partner Wendi, who was pregnant with their daughter Rose, now two, and their son Cameron.

They decided to return to the UK for specialist care after his GP put him forward for a clinical trial at Charing Cross Hospital, London. 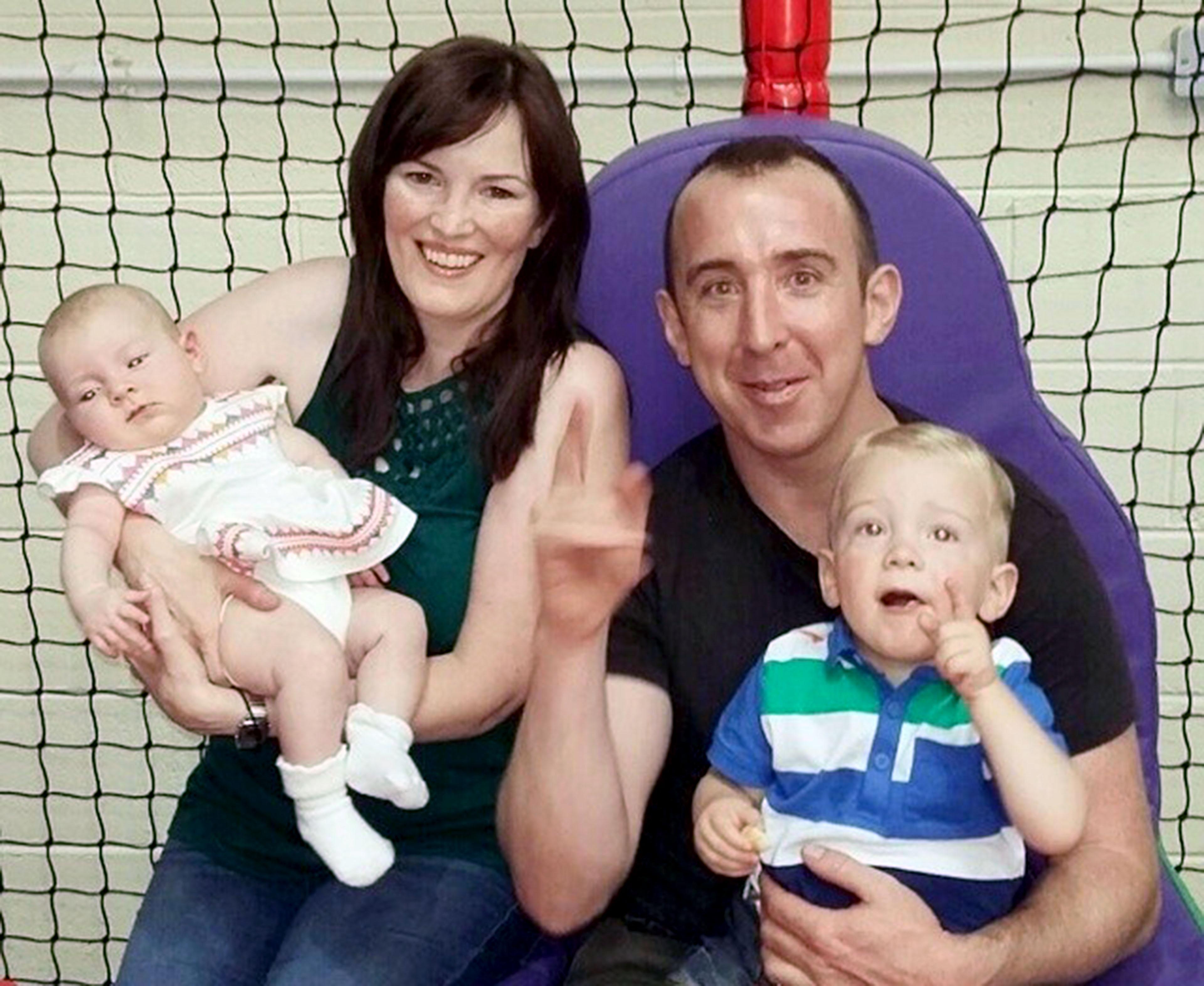 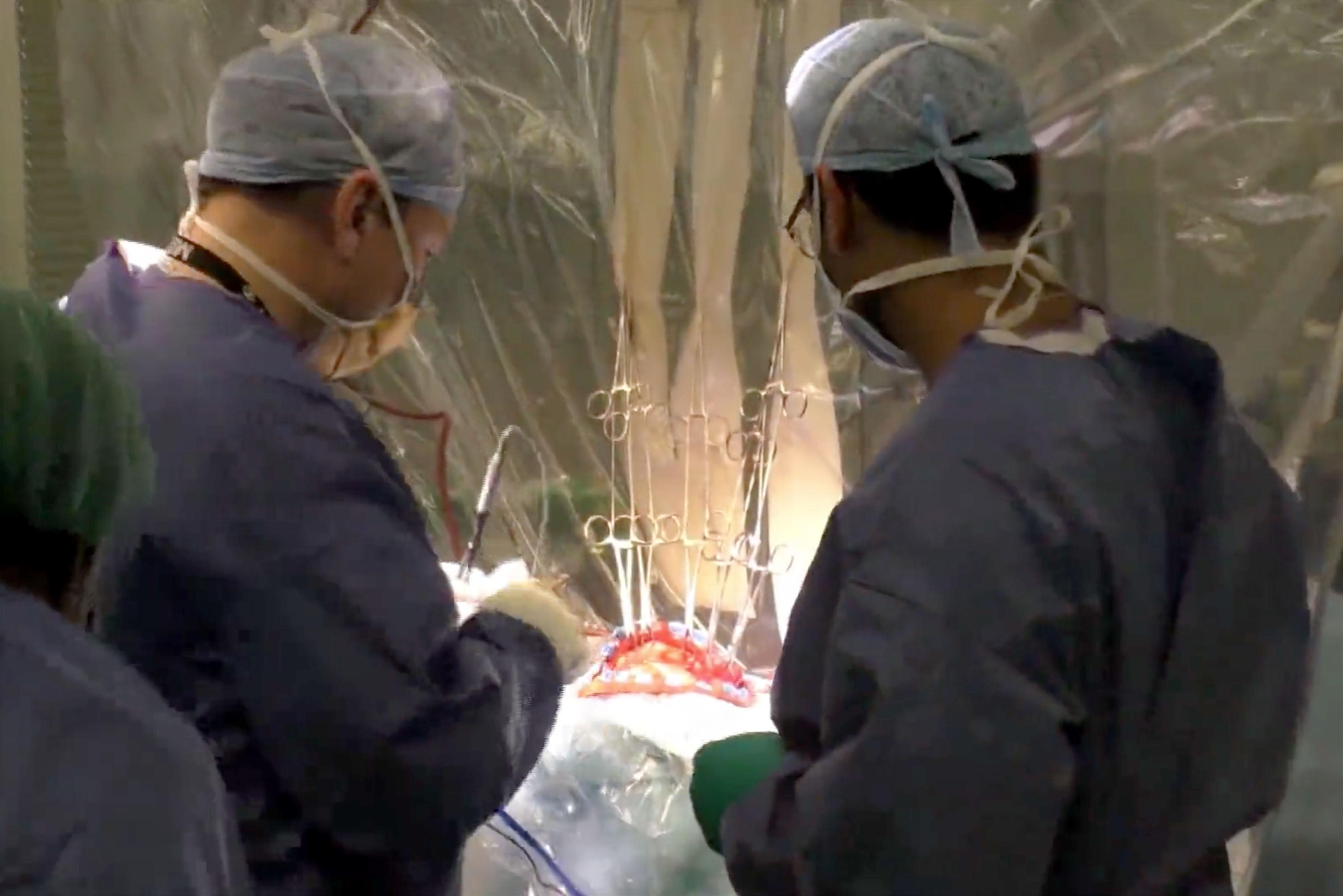 James added: "I was over the moon to be accepted onto the trial and I had surgery in March 2016 with Babar Vaqas, the trial chief investigator, and neurosurgeon Kevin O’Neill who leads the Brain Tumour Research Centre of Excellence at Imperial College.

"I consider myself lucky to have been accepted and I hope the trial will help further people down the line."

The procedure used an iKnife and laser which both make delicate brain tumour surgery faster and more accurate.

"The iKnife can identify healthy and diseased tissue in real time without the need for sending biopsies and analysis during the operation," James explained. 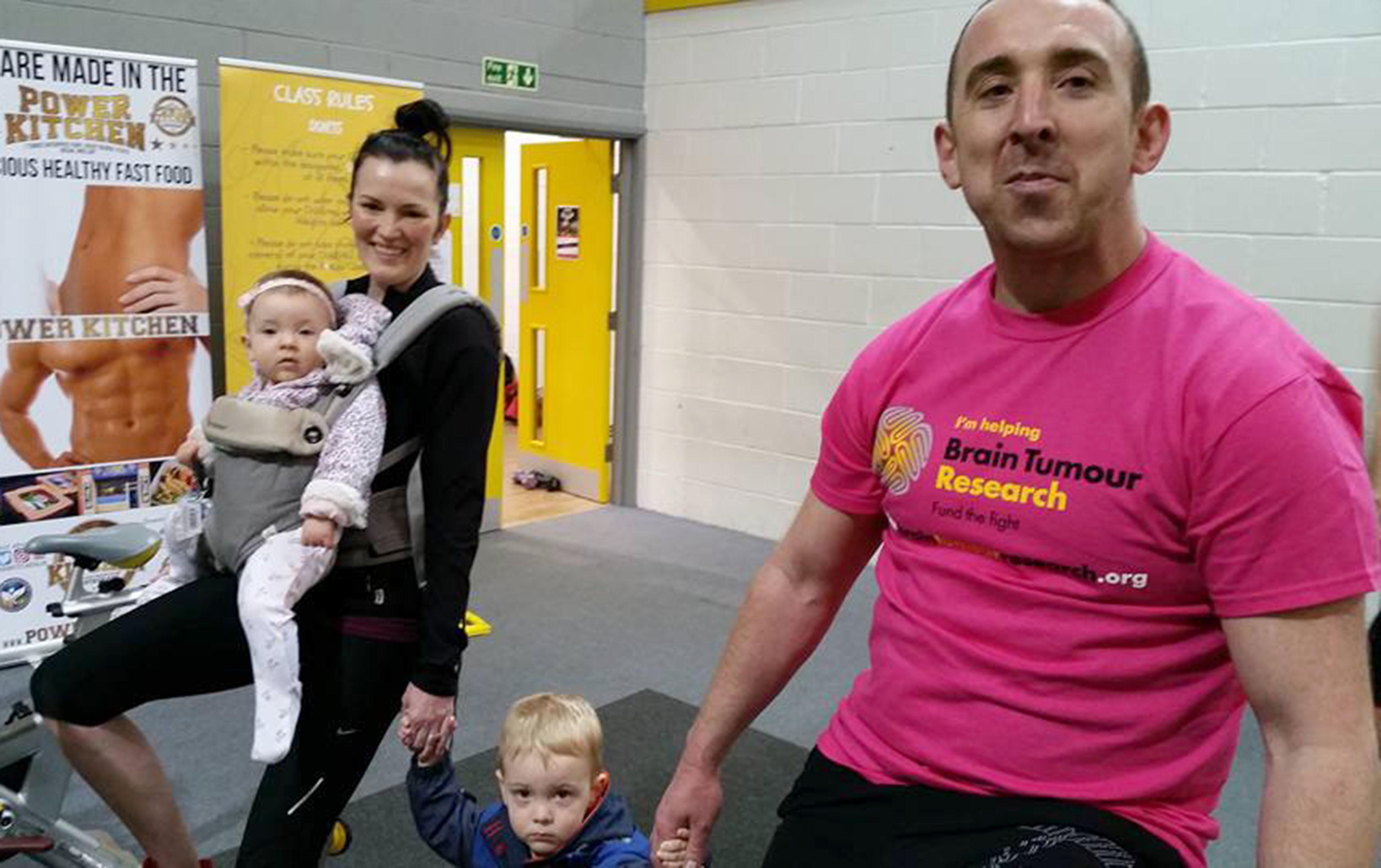 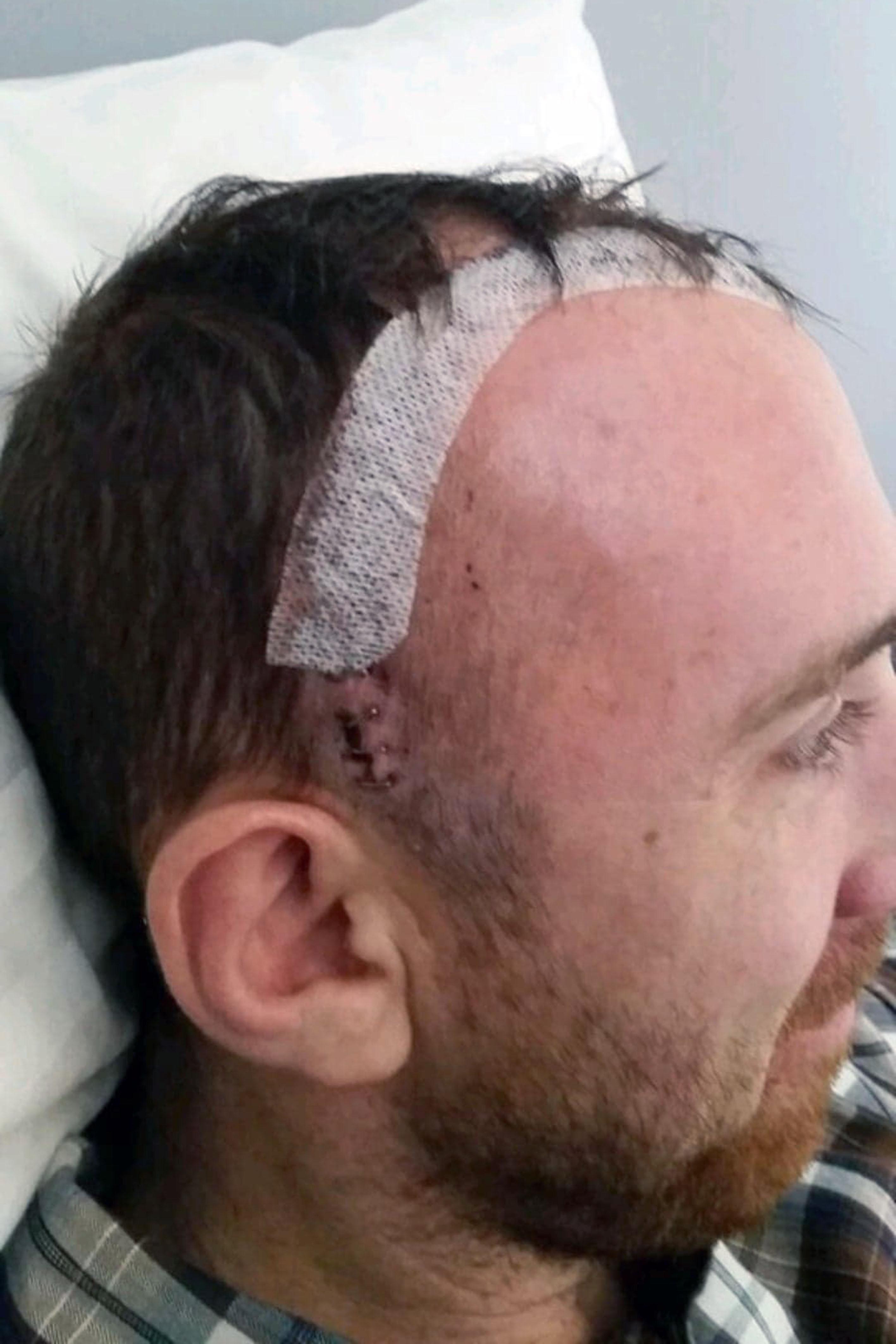 "They woke me up during the procedure and, by talking to me, the surgeons assessed how much tissue they could remove without damaging my speech.

"To say I was buzzing after the surgery would be an understatement. I felt so lucky to have undergone a successful operation and I couldn’t wait to be 100%, get back to work and get on with my life."

Andrew Pankiw, community fundraising manager for Brain Tumour Research in the north-west, said: “Facing a brain tumour diagnosis can be all the more devastating at Christmas time which is why we’re extremely grateful to James for sharing his inspiring story.

"We want to give hope to brain tumour patients and their families this Christmas, and the only hope lies in research.

"We hope people will respond to James’ appeal to raise £5,000 this Christmas to help us fund the fight."

You can donate to Brain Tumour Research here.