Home » Fashion » Cheeky schoolgirl presents mum with her Christmas list… so can YOU see what’s got everyone talking?

Cheeky schoolgirl presents mum with her Christmas list… so can YOU see what’s got everyone talking?

A 'cheeky' schoolgirl penned a Christmas list asking Santa for a vaginal wash for her mum to keep her intimate area 'fresh'.

Amelia Farmer, 6, from Milton Keynes, Bucks, wasn't just thinking of herself when she wrote her Christmas list last week and chose to make a request for Femfresh for her mum Kelsey King, 29, as well. 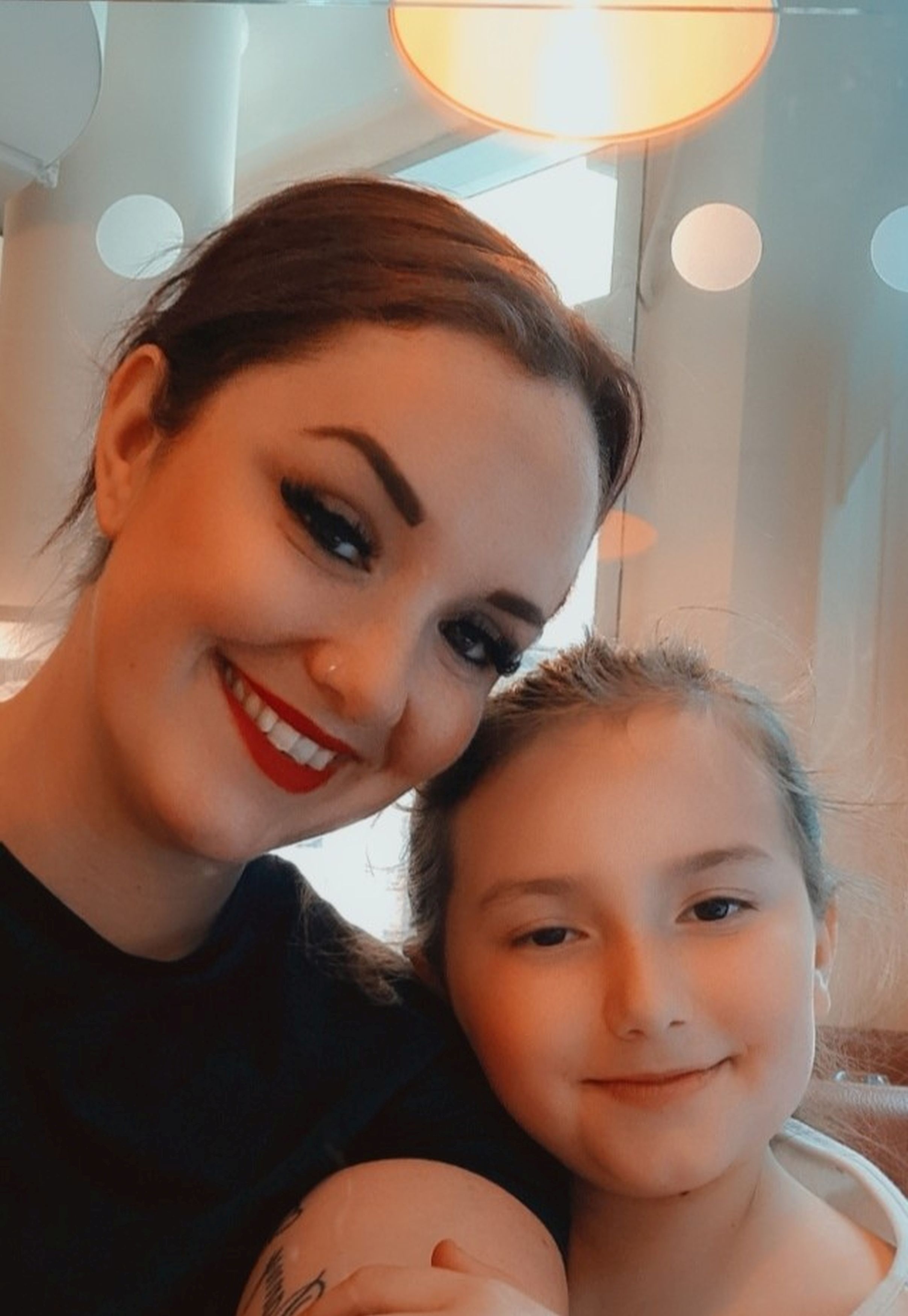 The youngster requested a working laptop, a gymnastics bar and some sweets as well as asking Santa to bring a packet of the intimate feminine wash as a treat for her mum.

Amelia forwarded the list onto her mum while she was at work as a chef and Kelsey said she was left in hysterics when she read it.

Kelsey said: "I thought it was absolutely hilarious when I saw it.

"I was so shocked. She sent it to me while I was at work from her phone.

"I didn't ask for her Christmas list, she just decided to do it.

"She's always funny and she is normally quite cheeky.

"She writes a Christmas list every year but they aren't usually this funny. Amelia is a natural funny, she doesn't know how funny she is."

Her mum explained, deciding to see the funny side of the list.

"It's thoughtful of her, I didn't write anything for my mum on my Christmas list at that age."

Luckily, the mum-of-two admits she doesn't embarrass easily and found the request so hilarious that she took to social media to share it.

Alongside a photo of the list, which also included a water bottle and a journal, Kelsey wrote: "My daughter's so kind thinking of her momma".

The post had readers in fits of giggles and racked up more than 1,000 comments with some people sharing similar experiences.

One commentor said: "Hilarious! Reminds me of when I asked my husband to buy me some shower gel when he was at the shop and he came home and handed me a bottle of Femfresh!! He thought it was just a body wash for women.. or was he trying to tell me something???"

Another wrote: "This has to be the cutest Christmas list ever! But the Femfresh makes it! Make sure you print this and keep it as a memory forever!"

Kelsey said: "Everyone thinks it's for smell but it's for sensitivity, nothing to be embarrassed about. She's just seen it around the house.

"I sent the list in the family group chat and they were in hysterics, they thought it was hilarious.

"Everyone has been dying laughing. Amelia doesn't realise that its funny, she just thinks it's normal, she doesn't understand why everyone's laughing.

"I posted it on Facebook and people were saying all sorts. A lot of people had similar stories."

In the spirit of Christmas, the mum-of-two says she'll honour Amelia's request and add a packet of Femfresh to her stocking.

Kelsey said: "She still believes in Father Christmas so I'll definitely get her the Femfresh, I've got to now. I'll open it and pretend to be shocked." 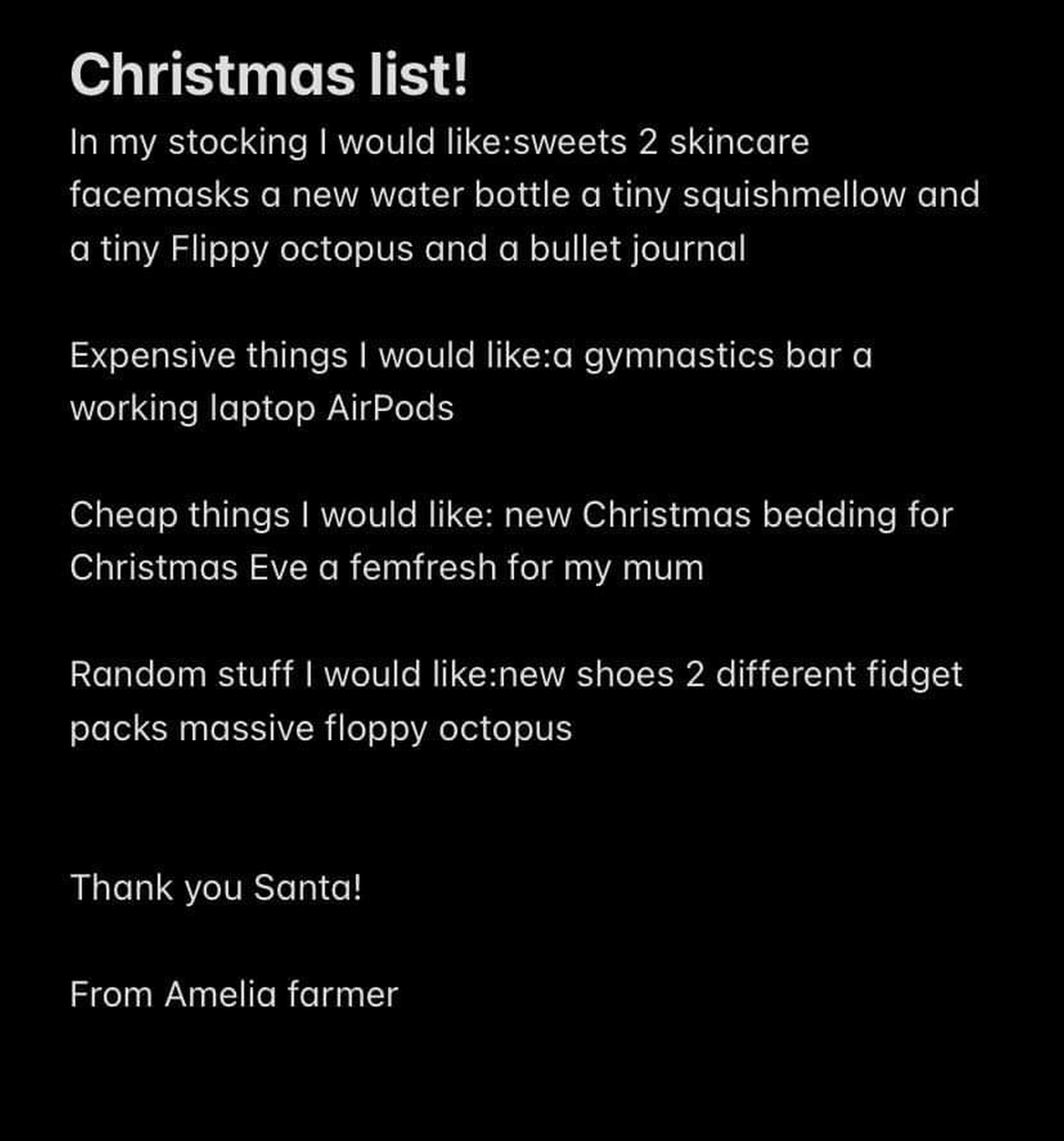 Meanwhile, Christmas fan swears by £1 dental floss as the key to decorating and others can’t wait to try her tip.

Also, woman who didn’t want to pay for a pricey snowy Christmas tree shares £1 hack which gets them looking instantly wintry.