A BRIDE has been slammed online after asking her Facebook friends for wedding photographer recommendations, but admitting she's only willing to pay them "in wine and food".

Taking to the wedding shaming forum on Reddit, one user shared a screengrab of the post, revealing they had found the "gem" on their Facebook feed. 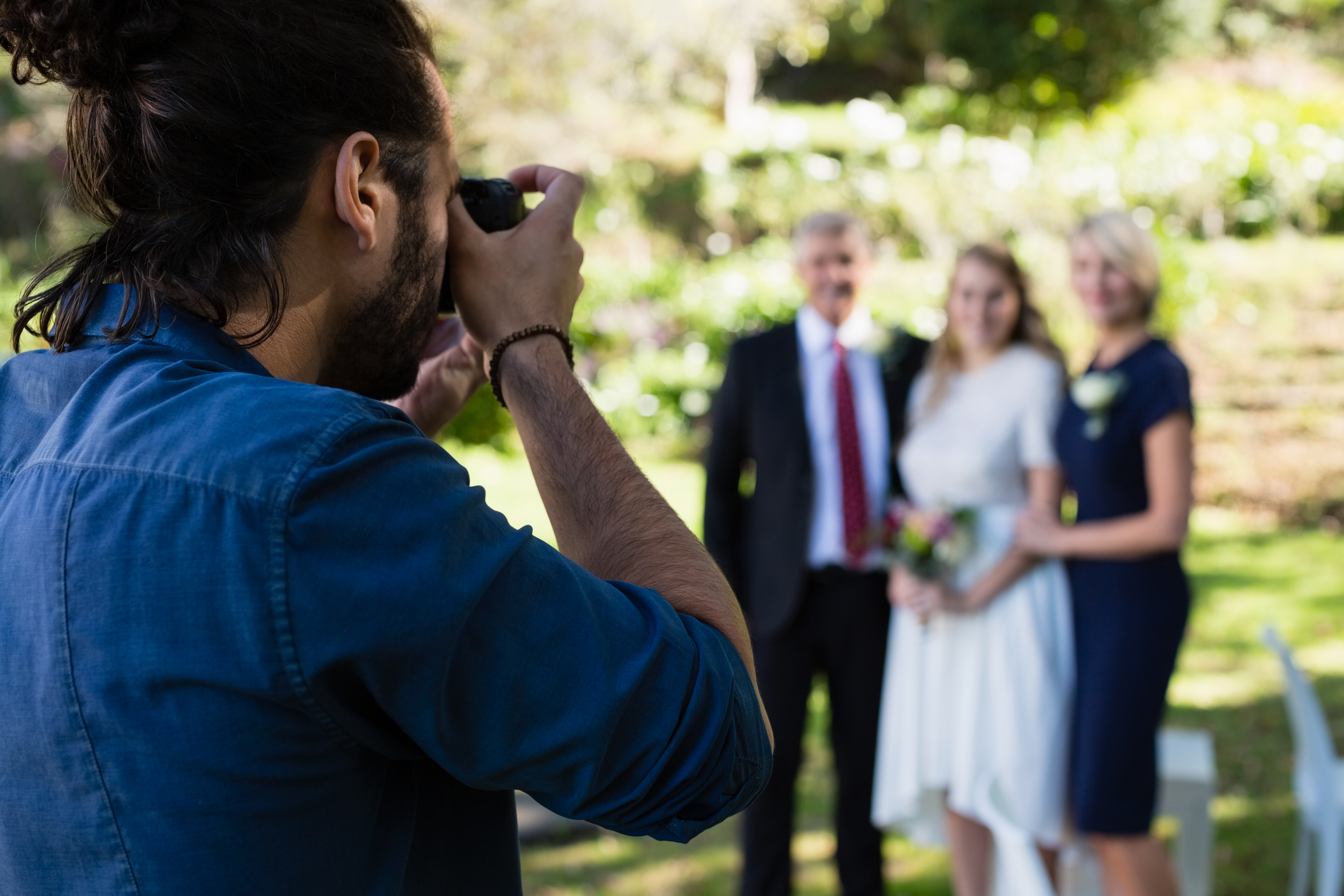 "I need a photographer for three hours on my wedding day.

"I'll pay you in money, food and wine. 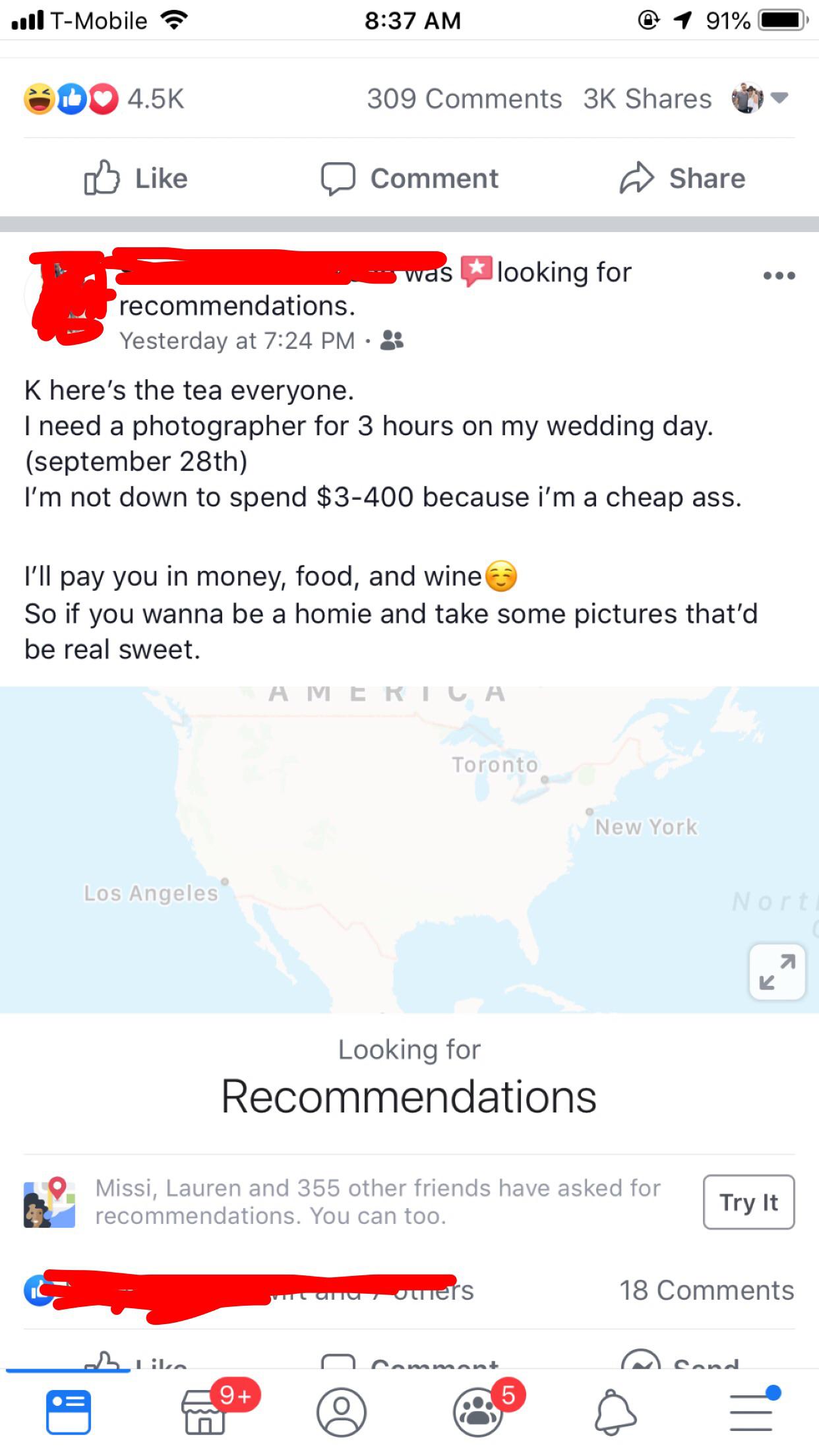 "So if you wanna be a homie and take some pictures that'd be real sweet."

And the bride was slammed on Reddit by horrified users, with one commenting: "First of all, where on earth did she find a photographer for three hours for $300!?!?!? THAT's the real tea."

While another said: "Here's the deal… you pay me in food and drinks, and I'll bring a sketch pad and crayons to colour you some pretty stick people pictures. How's that sound?"

Another pointed out that snaps taken by friends are often "the worst photos".

"That’s called 'I want ALL photos that any of my guests take and they’d better be good!'" They wrote.

"99 per cent of the time, these are the worst photos. Out of nearly 300 photos that people (other than my actual wedding photographer) took, I like about a dozen of them.

"The rest are junk… poor lighting, nobody looking, close-ups of their kids, etc." 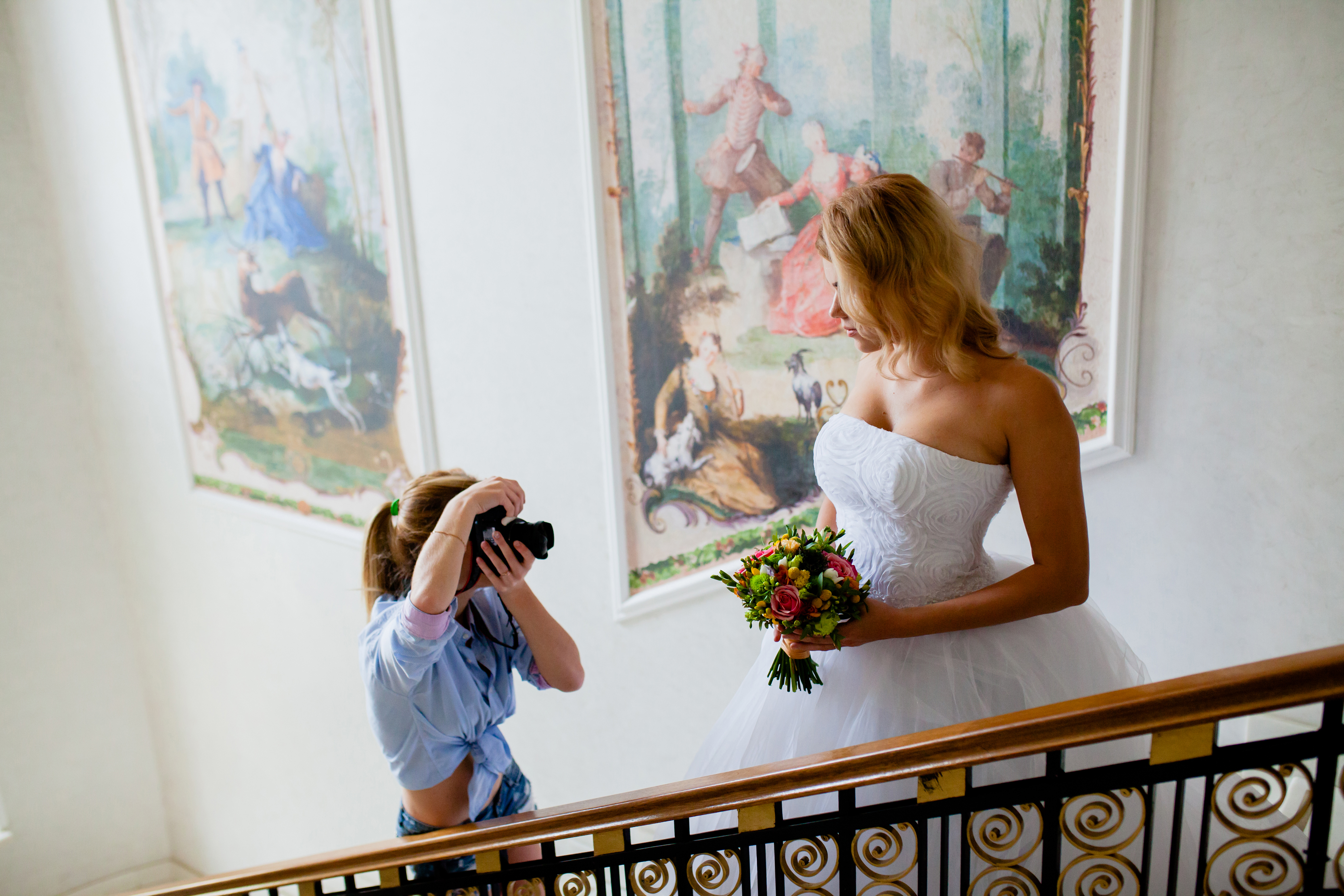 Earlier this year, another bride claimed she wouldn't be paying her photographer his final payment, unless he was able to tick off a list of specific shots from a five-page checklist.

Thinking she would be helping other brides in their "planning process" the bride also explained she would be following the same procedure with her videographer, too.

"So I've been listening to a lot of people who've already had their weddings and they said one of their biggest mistakes was not telling the photographer all the shots they wanted," she wrote.

"So I'm going to use the next five pages to write down each shot detailed in the form of a checklist to give to the photographer.

"He cannot get his final payment until they've all been taken."

In other wedding news, we told you about the bride who demanded her 16 bridesmaids fund a week-long Las Vegas hen do after going £66k over her wedding budget.

We also revealed one bridezilla was mocked for demanding guests still send her a gift even if they can’t attend the wedding.

And we showed you a bride whispering to her new groom that she took a ‘really big dump’ before walking down the aisle – not realising he’s wearing a microphone.