BRITS are neglecting adequate sun protection and cancer checks despite a spike in skin-related cancers, a study has revealed.

The coronavirus pandemic has seen a cancer care backlog and many patients have put off visiting their GP if they are displaying cancer symptoms. 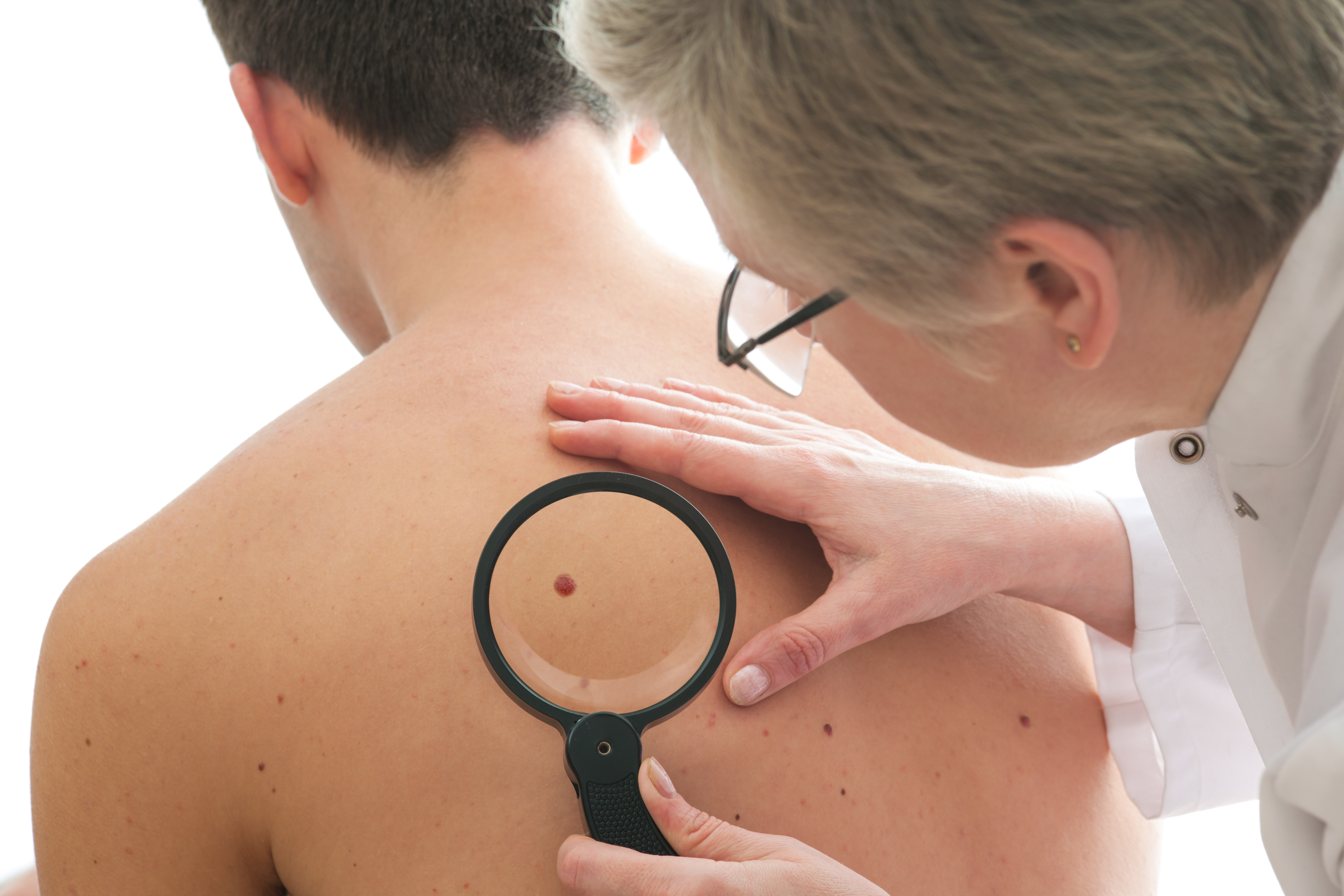 Earlier this month it was revealed that cancer survival rates had plummeted across the country due to delays in treatment caused by Covid-19.

GPs made 339,242 urgent cancer referrals in England between April and June, this is a 43 per cent drop from from 594,060 in the same period last year.

Screening for cancer stopped during the lockdown, which meant that 210,000 patents were left in limbo.

A new survey has today revealed that Brits are still not seeking care when key signs of cancer start to develop.

The YouGov study commissioned by SkinVision and maker of UPF 50+ clothing Solbari, revealed that 52 per cent of Brits fail to follow the dermatologist recommended frequency for skin cancer checks.

Melanoma UK recommends performing a “head-to-toe” self-examination of your skin every month to check for new or changing skin spots that might be cancerous.

The most common sign of skin cancer is a change to a mole, freckle or normal patch of skin.

Doing a simple ABC test can help you spot the signs.

B – border – the edges of the area may be irregular or blurred, and sometimes show notches

C – colour – this may be uneven. Several different shades of black, brown and pink may be seen

D – diameter – most melanomas are at least 6mm in diameter. Report any change in size, shape or diameter to your doctor

E – evolution – if you see progressive changes in size, shape or colour over weeks or a few months, you must seek expert help

Of those who participated in the study, 17 per cent of respondents did not know or were unable to recall when last they checked their skin.

Shockingly, nearly a quarter of respondents said they never check their skin for signs of cancer.

When it comes to using sun lotion, 22 per cent of Brits said they would use factor fifty clothing if they were to take a 15 minute walk in 20 degree heat.

This goes against dermatologists’ recommendations to wear UPF clothing when out in the sun.

Melanoma is the fifth most common cancer in the UK.

Melanoma is caused by overexposure to the sun and experts have also previously warned about the danger of using sunbeds.

More must be done to encourage people to take the proper sun precautions and to promote skin monitoring and the early detection of cancer.

This is why The Sun previously launched its Dying For A Tan campaign to raise awareness about the dangers of using sunbeds, which can raise your risk of skin cancer and cause premature ageing.

Expert analysis from Cancer Research UK also revealed that melanoma rates are on the rise.

Since the 1970s they have increased 2.5 times, with nine out of ten cases being caused by too much sun exposure.

Experts warn that just one sunburn every two years is enough to triple a person’s chances of developing melanoma.

Despite the increased risk of skin cancers, Brits are still not applying sunscreen when heading out for the day. 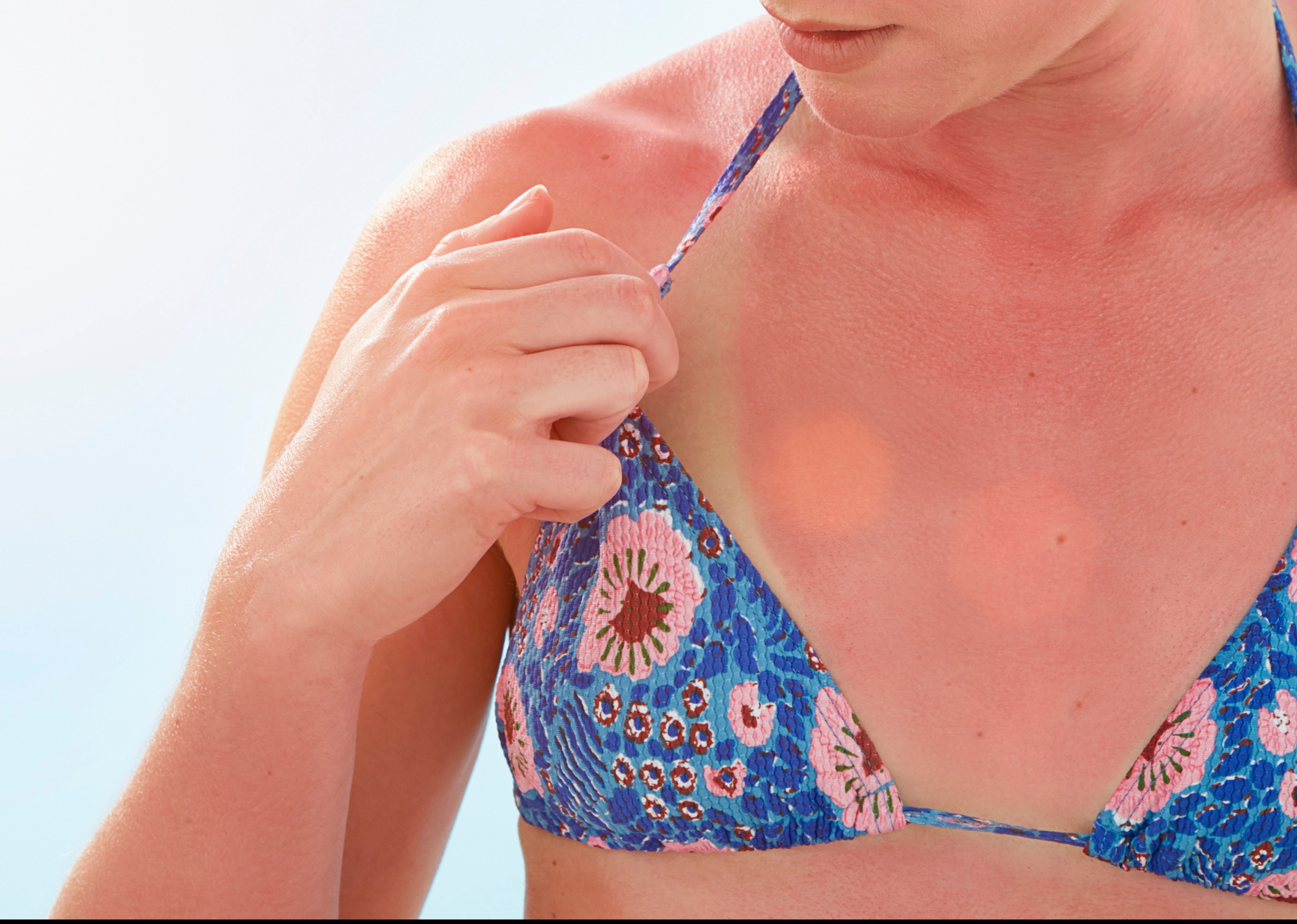 Of those surveyed, 45 per cent said they wouldn’t put sunscreen on at all when going out for 15 minutes on a sunny day.

Two in five adults said they would apply sun cream that was factor 30 or above.

Early detection of any cancer means it can be treated more efficiently.

The survey however revealed that only 14 per cent of adults would seek medical attention when presented with a patch of red, irritated skin after sun exposure, a clear warning sign of possible cancer.

Worryingly 21 per cent said they would take no action at all.

The most common sign of skin cancer is a change to a mole, freckle or normal patch of skin.

While you should always see your GP if you think you have symptoms of any cancer, there are apps available that are designed to detect possible signs of skin cancer.

Dying For A Tan campaign

There are an estimated 7,000 tanning salons in Britain, with some offering sessions from as little as 50p a minute.

Kids as young as EIGHT are using sunbeds, with seemingly little understanding they are playing Russian Roulette with their health.

According to Cancer Research UK, Melanoma skin cancer risk is 16-25 per cent higher in people who have used a sunbed (at any age), compared to people who have never used sunbeds.

This is because sunbeds pelt the skin with such strong UV rays which increase the risk of developing malignant melanoma – the most serious form of skin cancer.

Just 20 minutes on one is comparable to four hours in the sun – with many stronger than Mediterranean rays at midday.

In many cases the damage is invisible until it’s too late, as it can take up to 20 years to become apparent.

Around 16,000 new melanoma skin cancer cases are diagnosed in the UK every year – that's 44 every day.

There are around 2,300 melanoma skin cancer deaths annually – that's more than six every day.

It’s part of the reason the World Health Organisation has deemed sunbeds are as dangerous as smoking.

This is why Fabulous says it is time to stop Dying For A Tan.

The survey found that just eight per cent of Brits have used this technology to detect possible signs of skin cancer.

Gavin Matthews, UK Director at SkinVision said cancer care is being squeezed as the country recovers from Covid-19.

“We need to take every precaution to avoid adding to the care backlog.

“The survey demonstrates that more must be done to encourage people to take the proper sun precautions and to promote skin monitoring and the early detection of cancer.”

Gavin said that apps like this can help relieve some of the burden on busy GPs while also helping people access expert dermatological care when it will most make a difference to their health.

Solbari Founder and CEO Johanna Young said that despite the fact that Australia has high rates of skin cancer – it has fewer deaths than the UK.

This she says is a testament to the education that Aussies receive about the dangers of the sun and how seriously they take sun protection.

“The power to stop the spread of skin cancer is in our hands”, she added.