A BRIDE made quite the entrance at her own wedding – after turning up in a flashing police car.

Katie Davies nearly missed her own nuptials after a crash on the M4 caused complete gridlock, and the police ended up giving her a ride. 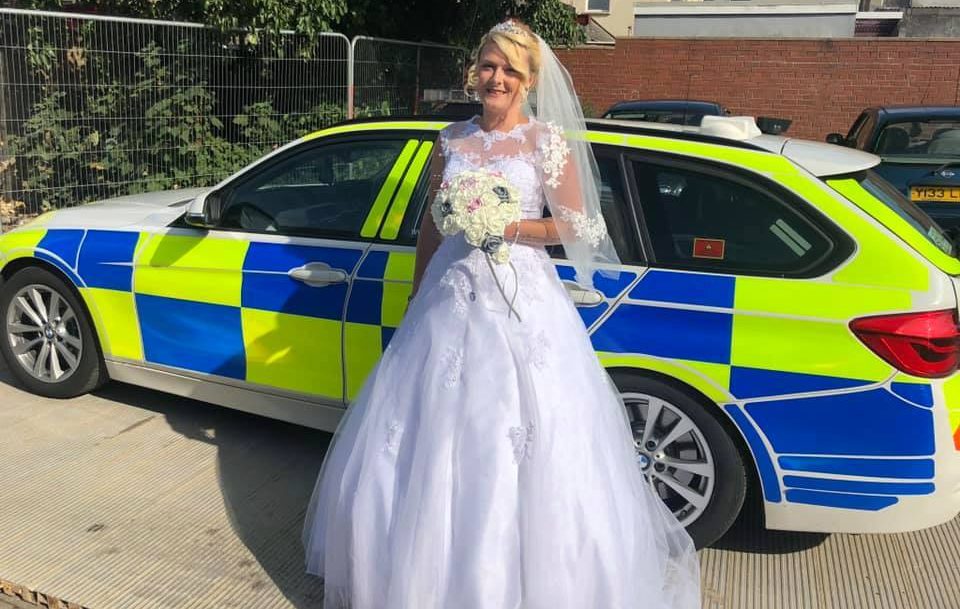 Katie, 24, was due to walk down the aisle at 3pm at Neath Registry Office, South Wales.

But her dreams of a white wedding were nearly shattered when traffic ground to a halt on the motorway, leaving her, her mum, Sian, and her five-year-old daughter, Millie-Rae, stranded.

Katie, due to marry fiancé Ryan Thomas, said: "I left my house at 2.15pm to allow for traffic and when we joined the M4 it was moving slowly. We were at a standstill.”

Distraught that she might miss her own wedding, the groom’s brother, Cian, turned to the boys in blue for help. 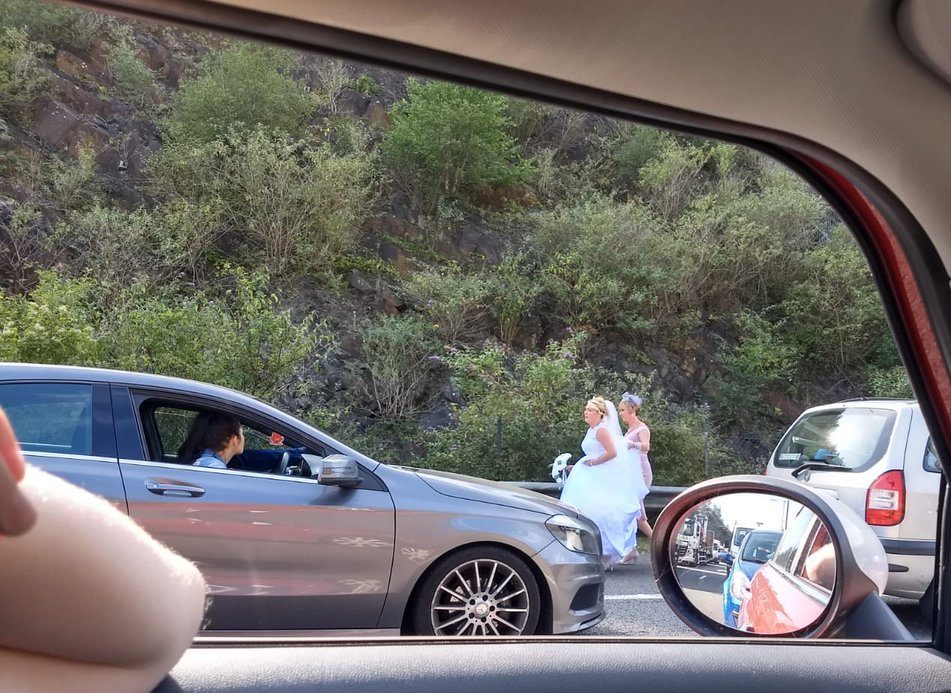 But luckily the officers had a kind heart, and jumped into their patrol car to rescue the bridal party.

Katie, dressed in a white wedding dress and veil, had to cross two lanes of motorway traffic to get to the cops on the hard shoulder.

She said motorists stuck in the traffic jam couldn’t believe their eyes as she weaved in and out of the cars in her wedding dress. 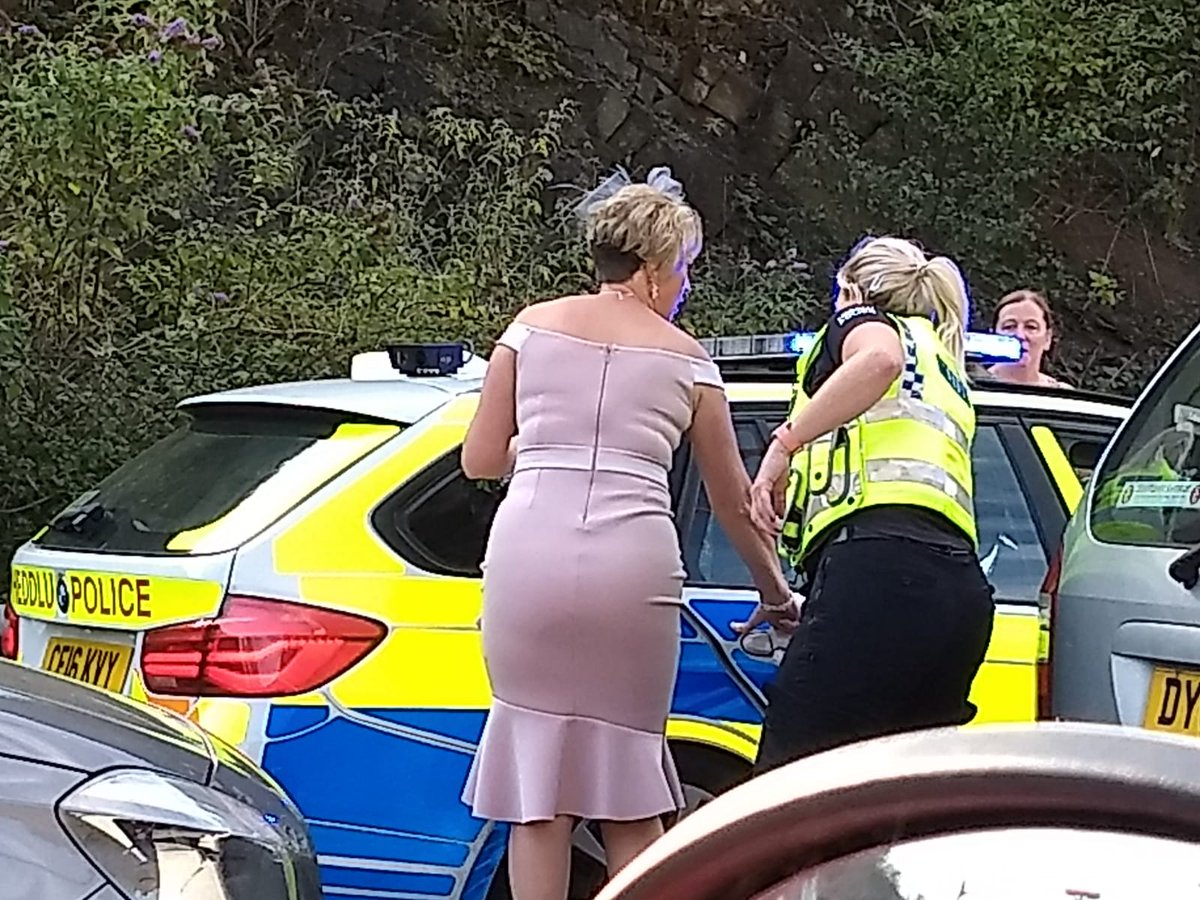 Katie, from Cwmavon, said: “When the police arrived I had to cross two lanes to get to the hard shoulder.

“People were all out of their cars taking videos and photographs and cheering and offering congratulations."

The police escorted Katie and her family to her wedding, blaring the sirens as they rushed her to the altar. 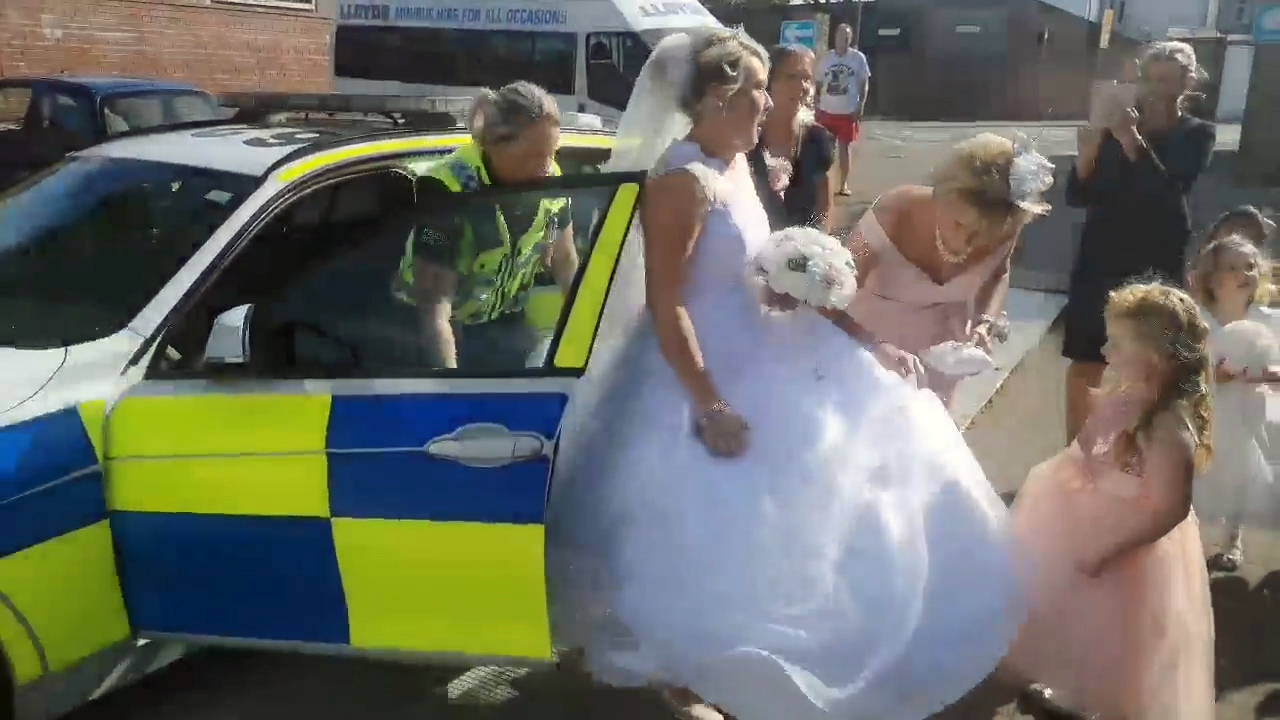 Cian, who’d begged the officers for help, said they couldn’t believe it when Katie turned up in the police car.

He said: “It was so emotional.

"It's one story we'll never forget. I could hear the sirens come closer, and then I saw her.

“It was such a long wait, because we thought they were never going to make it. 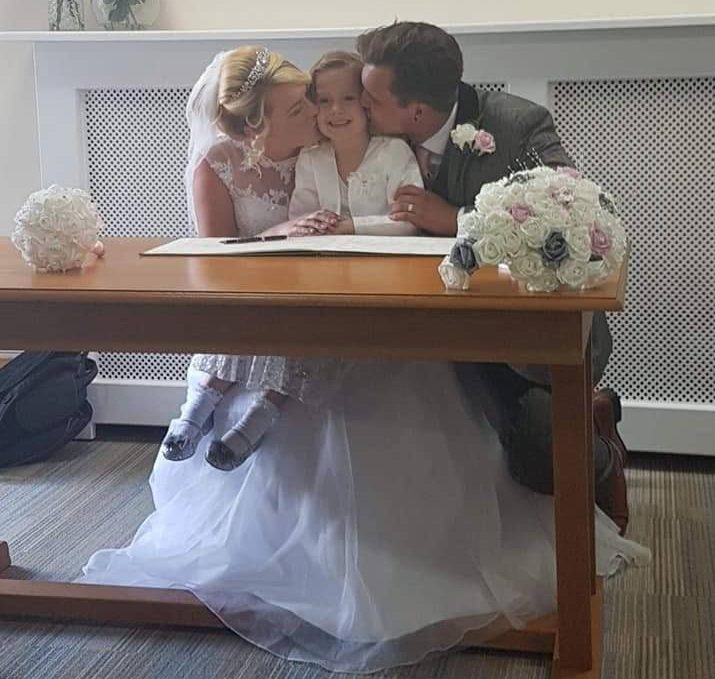 "I've heard of some weddings where police take the guests away from the venue, but never bringing them to it."

Katie and Ryan’s wedding was the last one of the day, and despite staff promising they would wait, the wedding party feared the big day might need to be called off.

But Katie eventually arrived at the venue – an hour and 20 minutes – and the staff kept their word and married the couple. 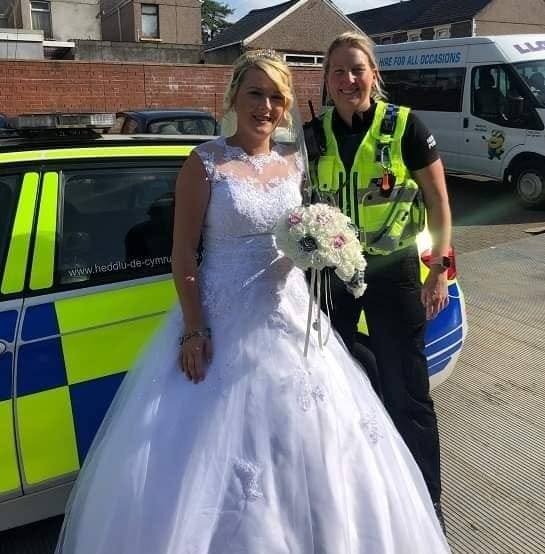 Katie, now Mrs Thomas, praised the officers for stepping in.

She said: “It was just a whirlwind. I will be forever grateful to the police officer Emma Thomas who helped me.

In more bridal news, this woman was mocked for demanding all her guests owed her a gift, regardless of whether they’re coming to the wedding.

While this bride blasted her make-up artist after she refused to style 10-year-old bridesmaid’s hair because she was crawling with nits.

And this bride was hailed a genius after making subtle hints about what ring she wanted in social media posts.