One of those things is a phenomenon known as "phantom rectum", which means a patient feels like they still have a working rectum when actually they don't. 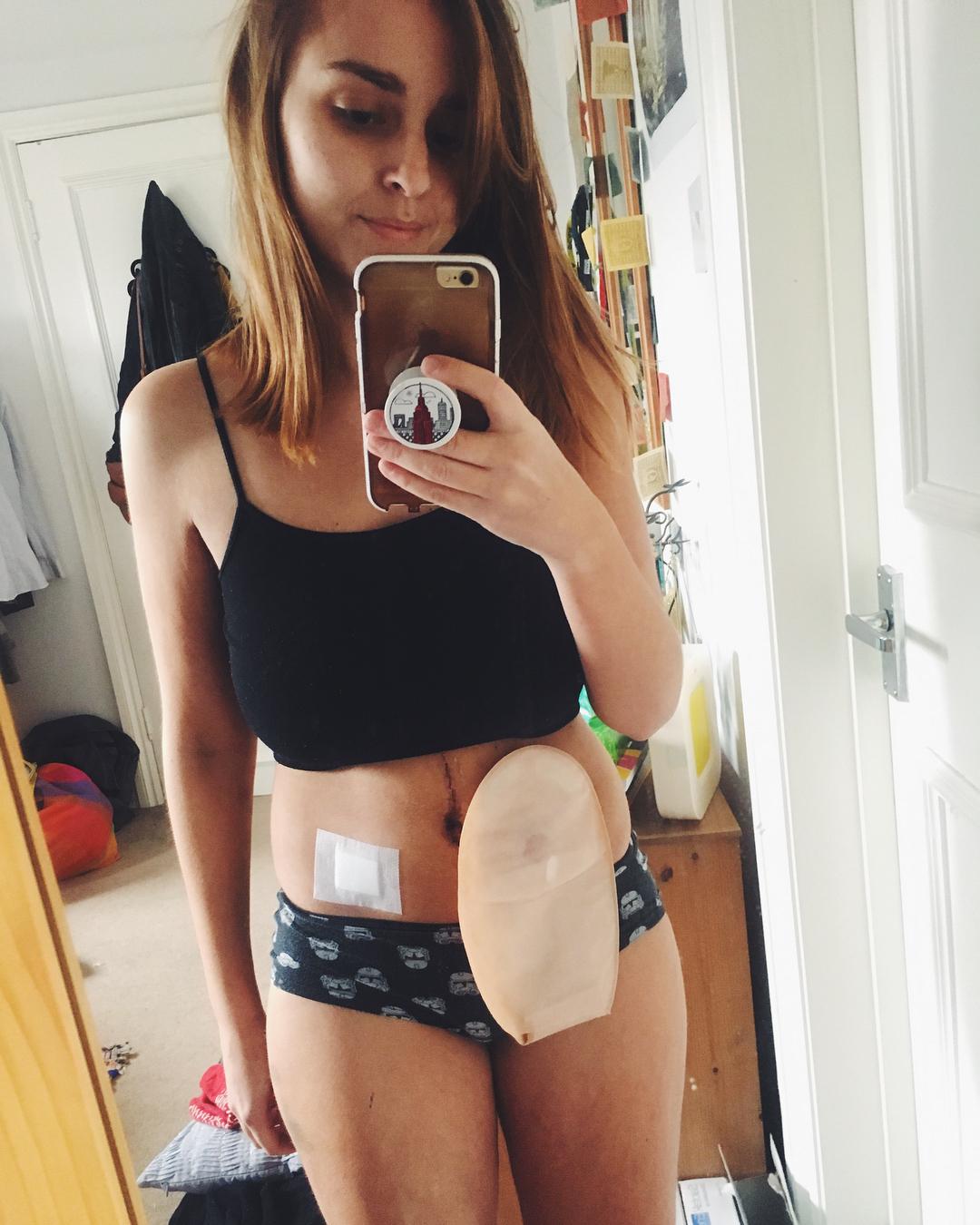 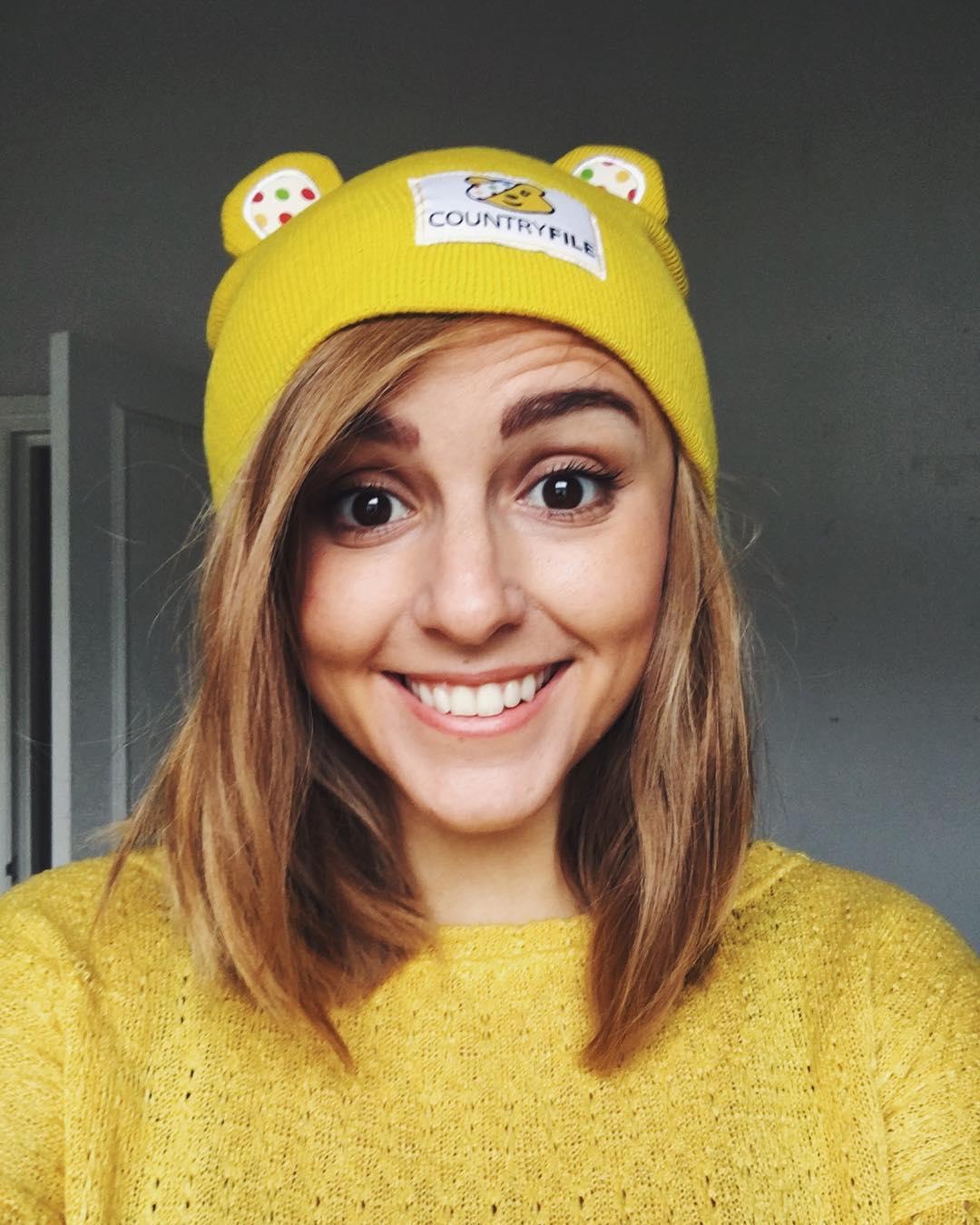 That means that for a while they may still get the urge to do a poo even though they don't actually have to go to the toilet for that to happen.

YouTuber Hannah Witton, BBC presenter Sam Cleasby, who runs the So Bad Ass website, and Blake Beckford who is "most well known for having a stoma and a sixpack" recently opened up about their experience of having an ileostomy bag for the Ouch podcast.

"People who have lost a limb, still feel pain or itching or they feel like their limb's still there," says Sam. 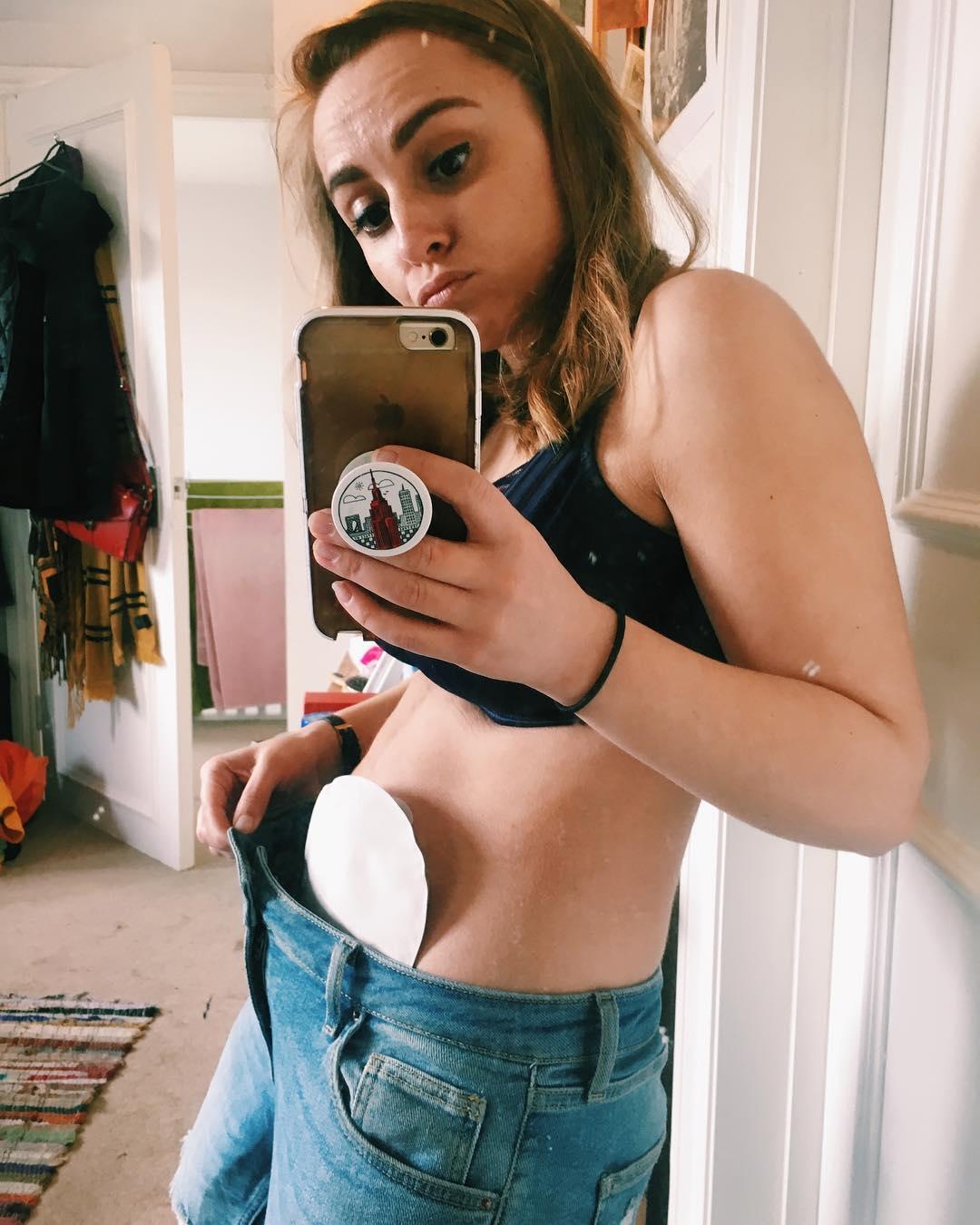 "So that's the same but in your rectum. It's like your brain doesn't know that it's not attached anymore."

Hannah said when she first had her bag fitted she got it all the time.

"I was talking to my nurse about these urges that I need to poo. She said: 'Next time just go sit on the toilet and feel it out'," she added.

An ileostomy is when the bowel is diverted through an opening in the abdomen and all waste product empties into a bag. 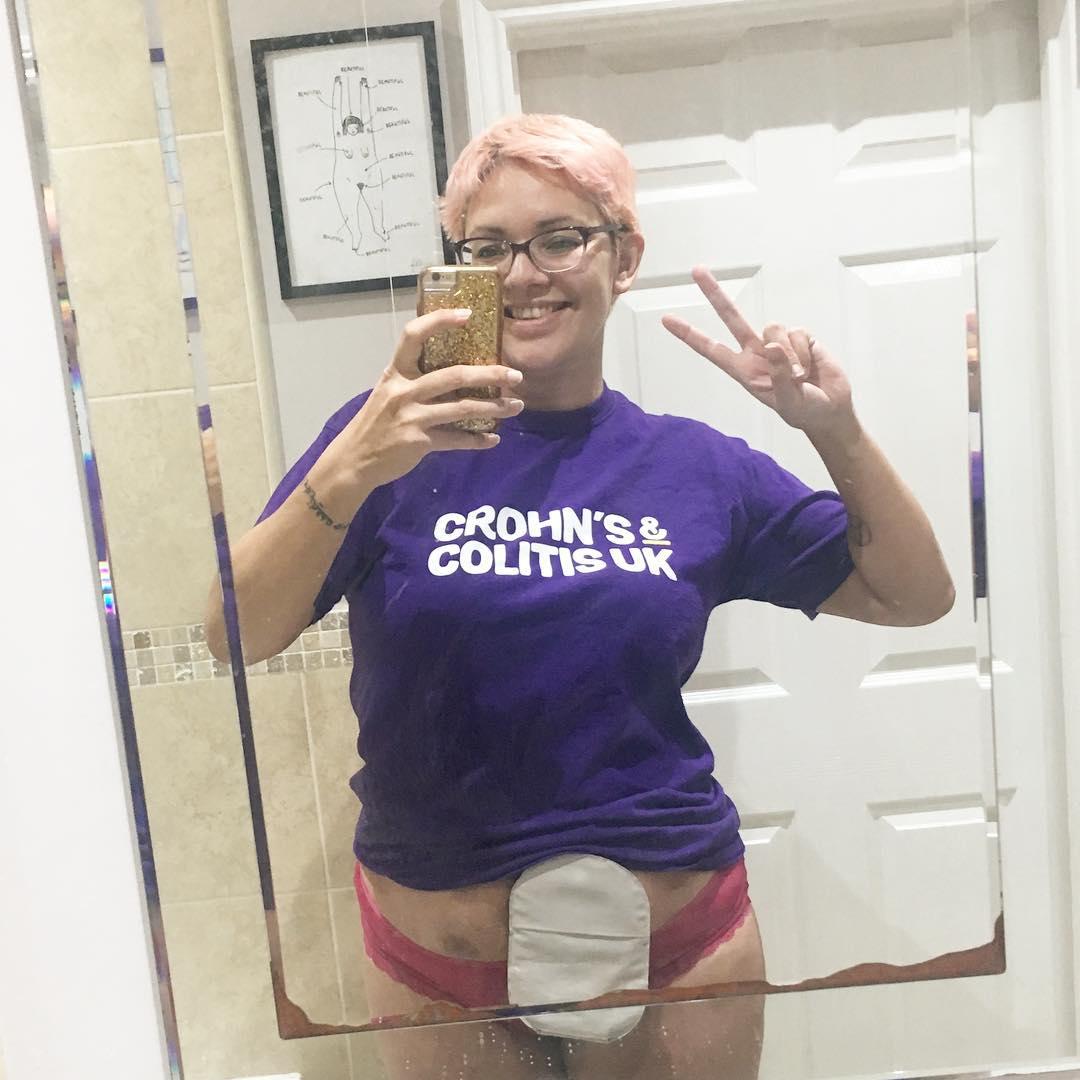 Around 9,000 procedures are done in the UK every year, according to the NHS.

They are needed to permanently stop poo passing through the full length of the bowel and rectum, usually due to damage caused by bowel cancer, ulcerative colitis and Chron's disease.

In some cases the bowel is diverted but everything is left in place but in other cases, particularly with cancer, there's too much damage and the bowel and rectum will be removed.

SUCCESS FOR BOWEL CANCER CAMPAIGN – BUT NOW WE NEED ACTION

The Government announced in August it would lower the bowel screening age from 60 to 50 across England and Wales after The Sun’s No Time 2 Lose campaign.

Bowel cancer is the 2nd deadliest form of cancer, claiming 16,000 lives a year, but it CAN be cured if it's caught early enough.

Fewer than one in ten people survive bowel cancer if it's picked up at stage 4, but detected quickly, more than nine in ten patients will live five years or longer.

That's why The Sun launched the No Time 2 Lose campaign in April with Bowel Cancer UK, calling on the Government to offer a simple poo test to everyone, every two years, from their 50th birthday.

But it’s still not known when the changes will come into place.

Dr Lisa Wilde, director of research at Bowel Cancer UK, said: “We know that screening is the best way to detect bowel cancer at the earliest stage when it gives us the greatest chance of survival.

“We’re pleased that the governments in England and Wales have already committed to lowering the screening age to 50 and introducing a new and more accurate bowel cancer screening test.

“However to make this a reality it’s vital to ensure that the NHS has enough staff to support the delivery of these life-saving improvements to the screening programme.”

Dr Widle is also urging men to learn the signs of bowel cancer.

“Almost 42,000 people diagnosed with the disease every year,” she said.

“And yet 45 per cent of men are unable to spot any symptoms of the disease.

“That’s why we’re asking men to get sponsored to grow a beard for the charity throughout December to help raise awareness of the UK’s second biggest cancer killer.

“Your support will fund vital services and lifesaving research to help ensure a future where nobody dies of bowel cancer.”

Bowel cancer is the 2nd deadliest form of cancer, claiming 16,000 lives a year.

Fewer than one in ten people survive bowel cancer if it's picked up at stage 4, but detected quickly, more than nine in ten patients will live five years or longer.

That's why The Sun  launched it's No Time 2 Lose campaign, which called on the Government to lower the bowel cancer screening age to 50.

The Government announced in August it would lower the bowel screening age from 60 to 50 across England and Wales – but it’s still not known when the changes will come into place. 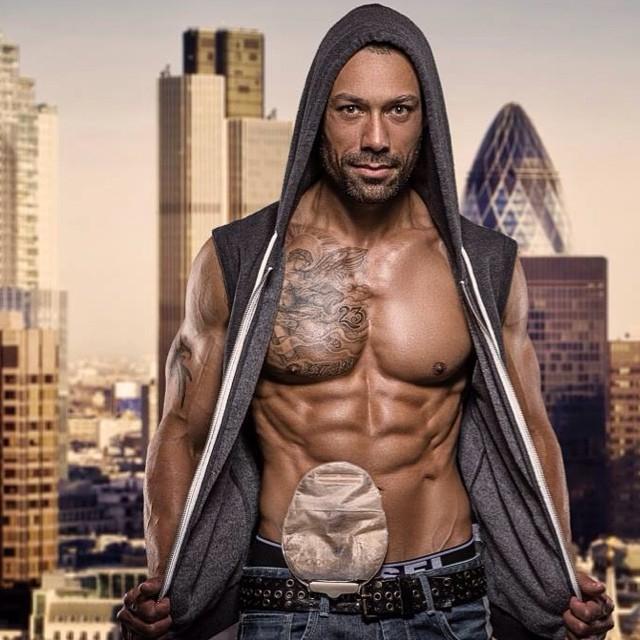 So what else can patients expect when they have one fitted?

Having an ileostomy bag doesn't stop you having sex, but it can make it difficult because it may knock your confidence.

"You can't take your bag off during sex – you'd let all your output out," Hannah said.

"For me it was more the mental barriers like body confidence, feeling insecure and overcoming those. From a physical sense it doesn't really affect anything other than a bag flapping around."

But it's not as easy for everyone.

Sam tells of how she has a gay male friend who has a stoma and had the "Barbie butt" op – where you have your rectum and anus removed and sewn up – so that has completely changed his sex life. 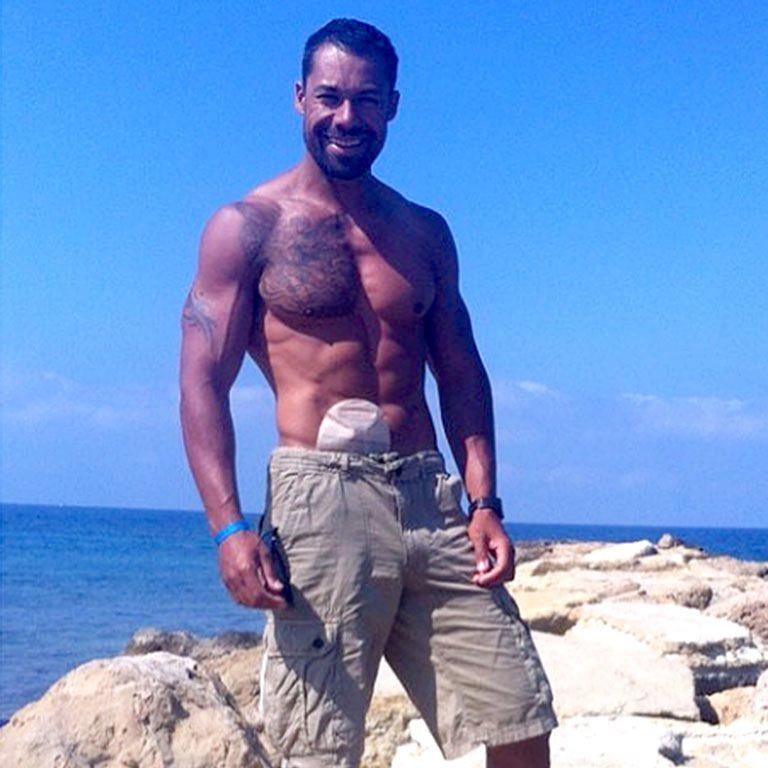 No, you won't smell all the time.

When you are emptying the bag it will smell, but there won't be a bad smell lingering around you when the bag has waste in it.

Does it change what you can eat?

It may do to begin with, but it's just a case of testing out which foods are OK and which aren't, Sam said.

"My family is Indian. When I was in hospital a nurse told me: 'You'll never be able to eat curry again'," she added.

"I was ready to rip out the drips in my arms. She was wrong. You have to just try different foods and now there's pretty much nothing that I wouldn't eat." 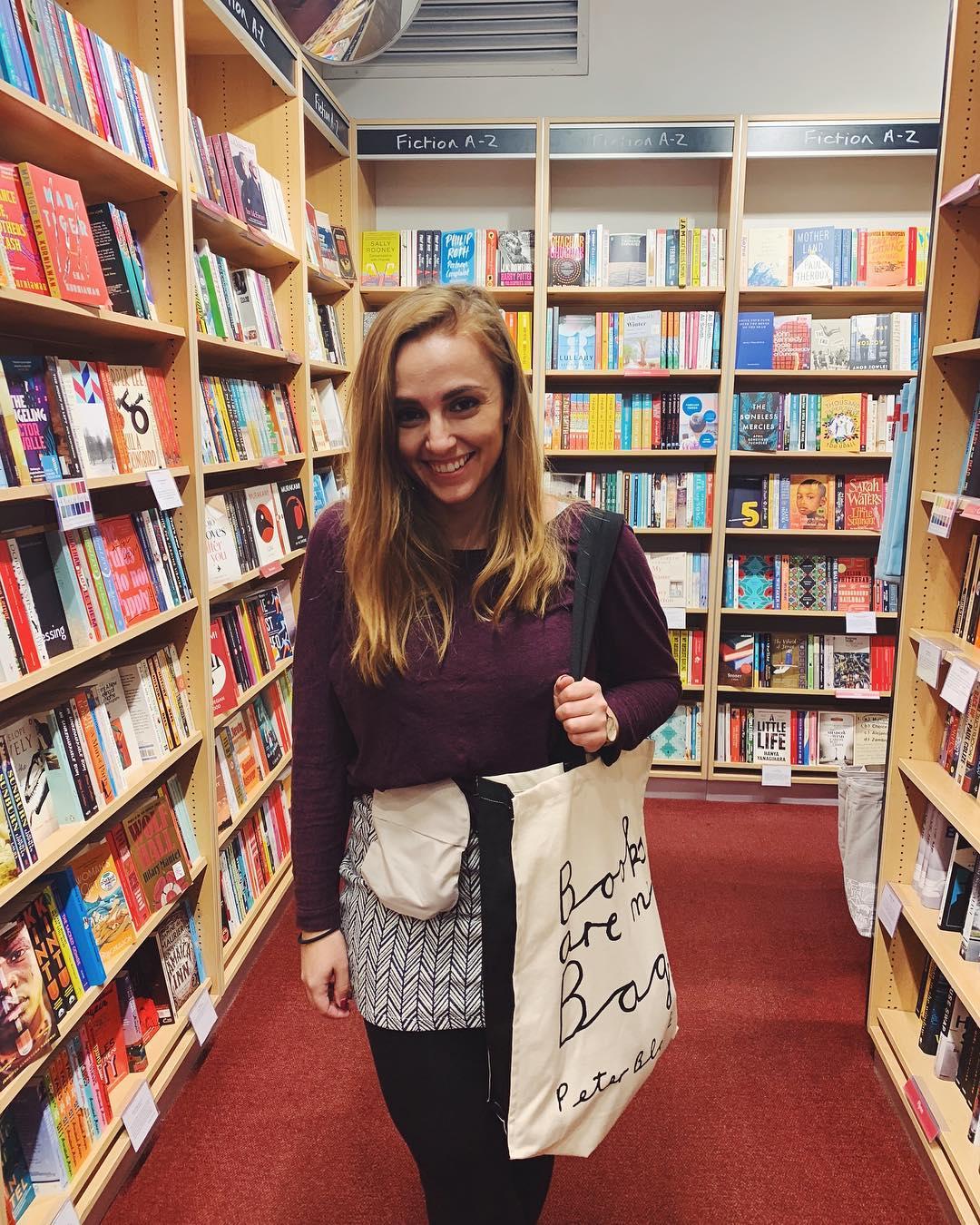 Is it as bad as it sounds?

"It's given me my life back," Blake said.

"Because living with ulcerative colitis was just dreadful. You feel a lot of pain and sickness.

"I'd get to a point where I wouldn't leave the house for the sake of having an accident."

What's the worst moment they've ever had?

For Sam it was in San Francisco earlier this year.

She was in a supermarket when she felt the skin around her stoma burn – the first sign it's leaking.

She found a shop with toilets and went straight inside.

"There was a massive queue and by the time I got there it was everywhere – from my boobs to my knees," she said.

"I ended up having to throw away my leggings and T-shirt and had to come out of the toilet in just a bra and dungaree dress crying and walk slowly past this queue of people.

"There are times where it just feels quite devastating to have an accident in public, but I can laugh about it now."