A MUM has proof that children are ready to go back to school after her daughter got so bored she coloured in her face with purple marker.

Jade Perry posted pictures of five-year-old Skyla-Rae Muttram with the caption: “How long is it until they go back?” 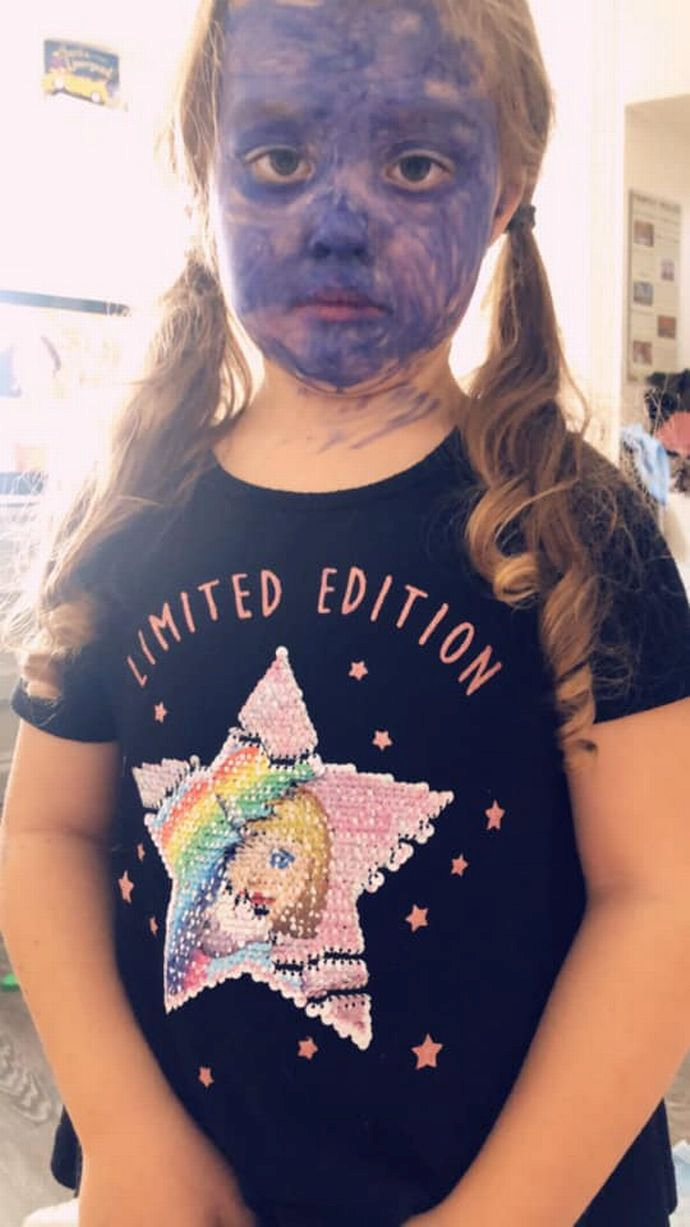 The image has been liked over 500 times since it was shared on Facebook by Jade, from Plymouth, Devon.

Jade said that Skyla-Rae was supposed to be in her room colouring on paper, when her younger brother told her mum that she had drawn over her face.

She didn't know whether "to laugh or cry".

She said: "I have twin boys too so when one of the boys came and told me. I called her down from her room, where I'd trusted her to do her colouring in. 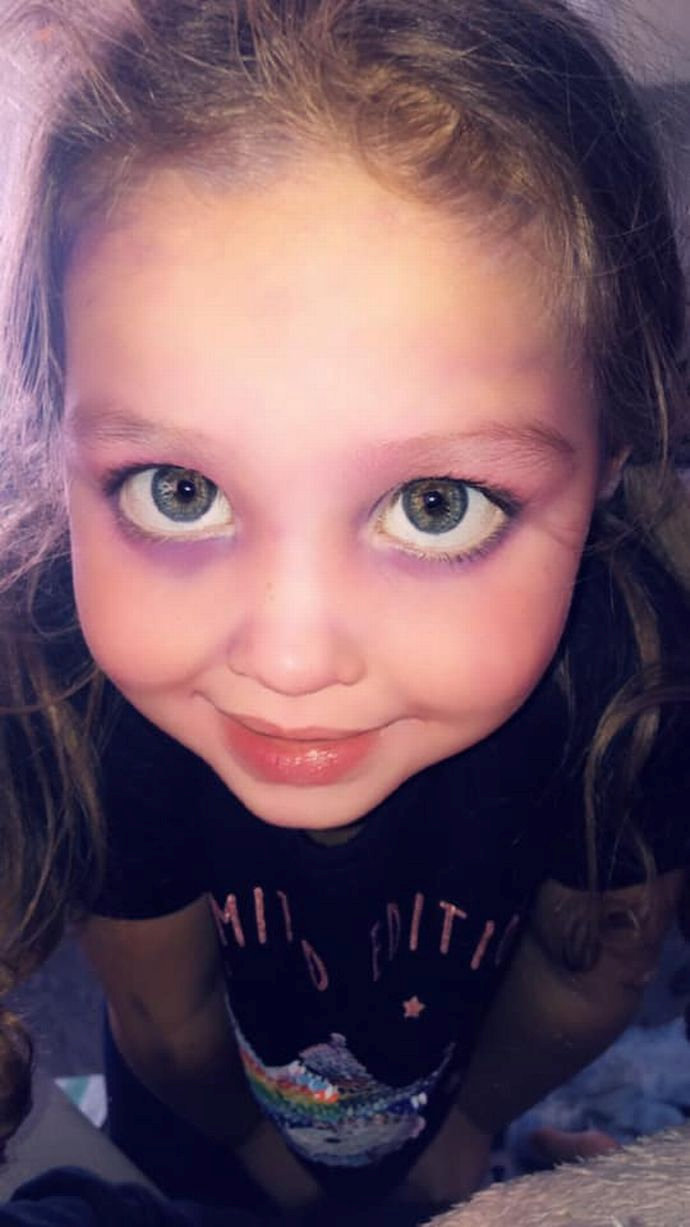 "I burst out laughing, she looked like Violet from Charlie and the Chocolate Factory."

Skyla-Rae told her mum that she was trying to look like the Disney character, Vamperina, who is all purple.

She added: "I tried to tell her off but how can you stay mad at that face. Apparently she wanted to be Vamperina."

Jade said she desperately tried to remove the marker as they had a family trip to Woodlands booked the following day.

"I was willing to try everything," she said.

"It took a good couple of days to come off. Baby wipes, multiple showers and baths.

"One woman on Gossip Girls suggested washing up liquid so we tried that too."