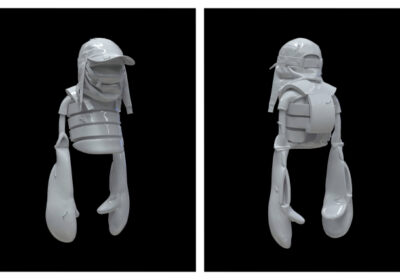 MILAN — There’s hardly anything traditional or tangible about Aitor Throup’s new brand Anatomyland. Instead of delivering physical clothes, the designer decided to debut his new project through a series of NFT, or non-fungible token, based sculptures.

They are being released today on Nifty Gateway, a platform that sells crypto art — a new booming trend in the art and fashion world.

Seen as a manifesto for his fashion project, Throup created seven digital sculptures in the shape of the three characters he conceived for Anatomyland.

Known for his highly conceptualized fashion since his graduate collection that he presented at London’s Royal College of Art in 2006, Throup has been exploring clothing — as well as art and music — with a penchant for storytelling. He believes that the NFTs can telegraph his concepts with “integrity.”

This includes the racism he faced as an Argentinean immigrant in the U.K.: “I couldn’t speak the language, I’d got tanned olive skin…I was pigeonholed, I was in the middle, I couldn’t relate to any community. It wasn’t healthy…I grew this very conflicted sense of identity.”

There were other dichotomies, too, that he’s been trying to overcome, including sexist notions of masculine versus feminine, as well as logic opposed to free-wheeling creativity. He describes the latter as a “brain imbalance” that had affected — and limited — his work so far. Trying to overcome that dichotomy and incorporate both sides of his creative persona, the designers cultivated the narrative populating the Anatomyland world with three characters: Lil Yin, Lil Yang and Good Ol’ Dom.

The three characters were first rendered as physical puppets made of the same fabric used in clothing and were then turned into NFT art, but they also informed the clothing design process. In fact, each garment — made from a single polyamide mesh fabric in different weights drawn from women’s lingerie — comes with features and details that nod to one of the characters.

T-shirts, jackets, men’s skirts and pants with curved silhouettes, round pockets and foam constructions all rendered in black pertain to Lil Yin, Throup’s more feminine side, while Lil Yang will include all-white sharp, angular, flat and rectangular details, referencing his masculinity. 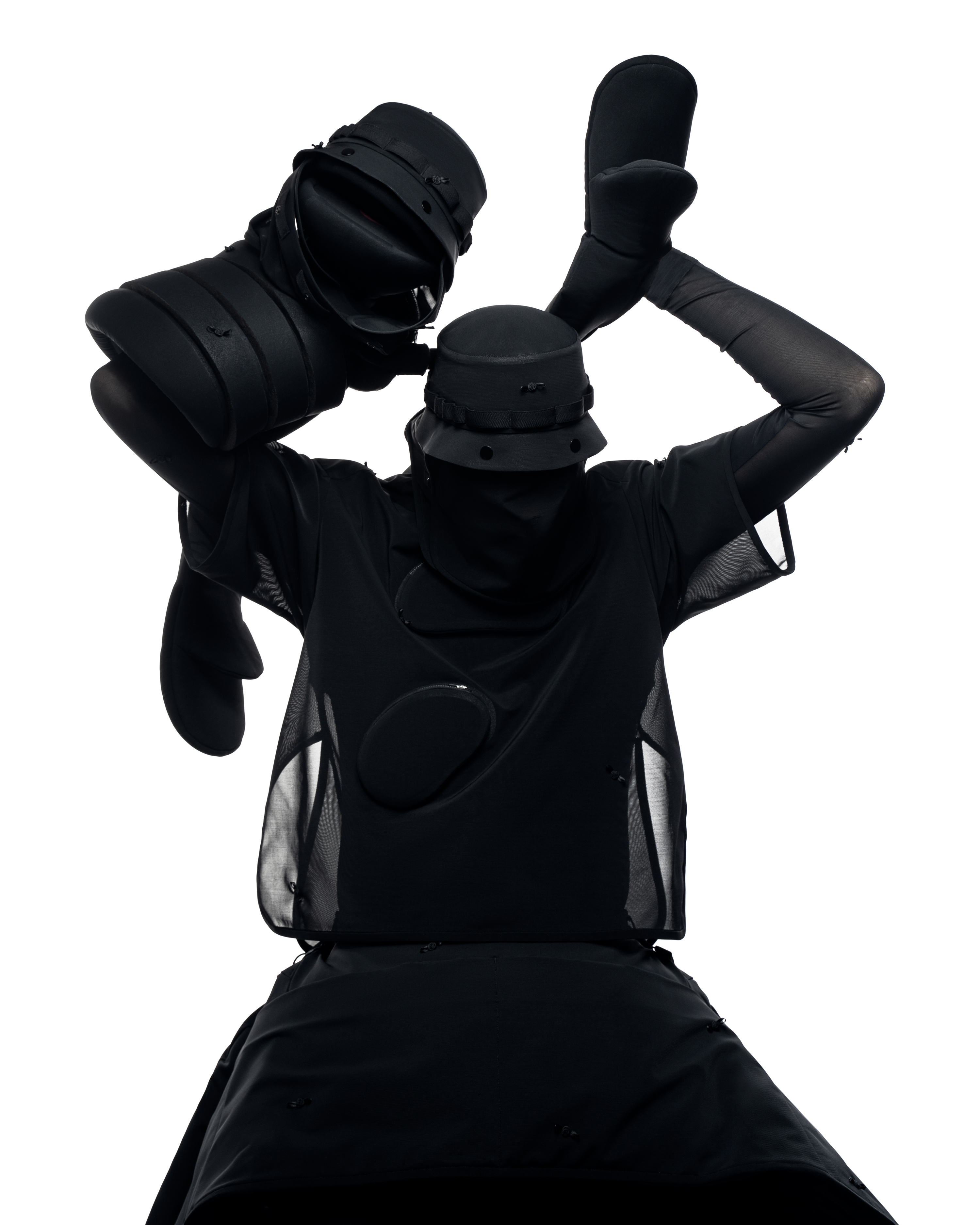 A look from Anatomyland’s Lil Yin collection. Courtesy of Anatomyland.

The NFTs release will be followed by monthly drops of limited-edition garments from the collection crafted at the designer’s studio and sold via private order basis — almost like collectible items — until the whole range is revealed.

Throup calls these editions “archetypes,” the first being two hat styles, each available in five replicas, that will also come with a digital NFT certificate of authenticity, set to drop by the end of the year. 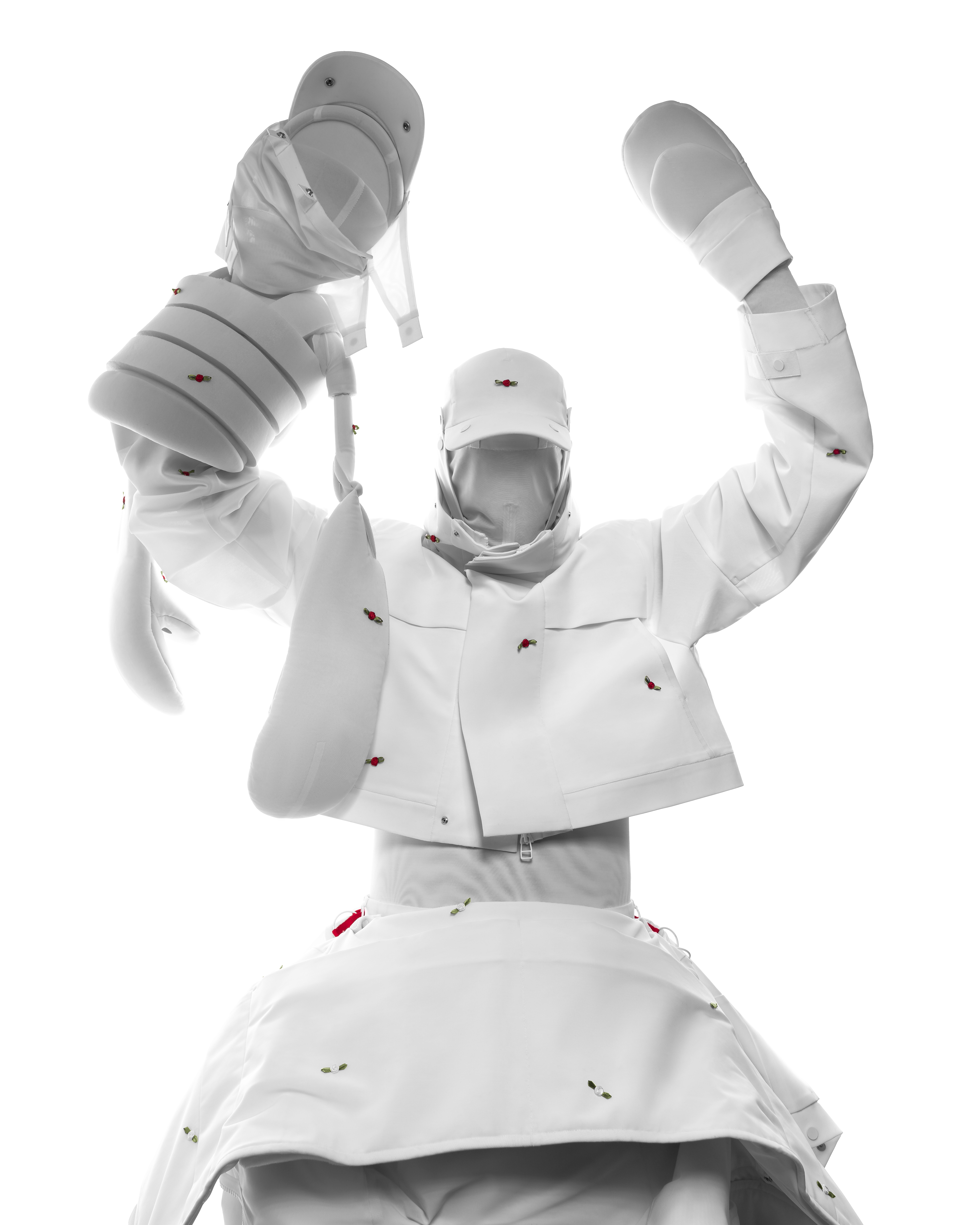 A look from Anatomyland’s Lil Yang collection. Courtesy of Anatomyland.

Ashley Ramos, senior producer at Nifty Gateway, said, “Collectors in the NFT space know how honest this community is and make sure that the artist is forward facing. I know that when I make a purchase, I am really supporting the creatives to have the financial ability to continue their practice.”

Ramos wouldn’t comment on which collectors she expects to be drawn to Throup’s work, but she touted the designer’s highly intricate and intentional creativity around his body of work.

“The narrative was so rich around these figures and their personas, they come from the deepest part of who he is as a creative…Aitor is quite iconic as a creative,” Ramos noted.

Throup explained that NFTs were the “perfect way for me to embed the narrative into something that could be consumed at such an early stage.”

The seven NFT sculptures dropping today retail, according to different mechanisms, starting at $350 up to $3,000 for one-of-a-kinds. Three of the seven sculptures can only be purchased at auction and don’t have a starting bid.

In line with the Nifty Gateway policy, Throup’s NFTs can be purchased via regular currency, while other NFTs platforms often accept cryptocurrency only.

What Are NFTs, Why Should Fashion Care and Will This Bubble Burst?