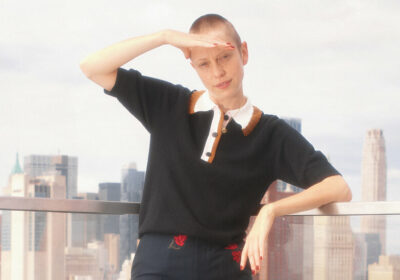 Now Lives: In a one-bedroom apartment on the Lower East Side of Manhattan with her husband, Thomas Beachdel, an art historian and curator.

Claim to Fame: Ms. Tomanova is a photographer and wide-eyed documentarian of New York who uses her Contax T3 camera to capture city club kids, gallery habitués and whatever denizens of rooftop parties and East Village parks happen to cross her path. “I take pictures to capture a feeling of closeness,” she said.

In an introduction to Ms. Tomanova’s 2019 photo book, “Young American,” the photographer Ryan McGinley wrote, “I wish all of America’s youth culture looked like Marie’s photos of downtown.”

Big Break: After graduating with a master's degree in painting from the Brno University of Technology in the Czech Republic, Ms. Tomanova moved to Greensboro, N.C., in 2011 to work as an au pair. The United States was “an extremely unknown entity to me that represented a world totally different to where I grew up,” she said. A year later, at 27, she moved to White Plains, N.Y., to work with a different family and began making weekend trips to New York City.

She met her future husband at the Metropolitan Museum of Art, standing in front of Gauguin’s “Two Tahitian Women.” And a 2012 exhibition of work by the photographer Francesca Woodman at the Guggenheim inspired her to switch out her paint brushes for film. In 2015, Ms. Tomanova’s nude self-portrait was included in a group show at the Los Angeles gallery On the Ground Floor. “A few years later, I turned the camera to other people,” she said.

Latest Project: “New York New York,” a book of her photographs featuring text by Mr. Beachdel (with a foreword by Kim Gordon), was just published by the German art imprint Hatje Cantz . “Finding Magic Together,” an accompanying solo exhibition, goes on view at C24 Gallery in New York on Oct. 7. “Sitting at home working on a book was a nice way to spend the pandemic,” Ms. Tomanova said. “The hard part is always that there are so many great photos and a limited number of pages.”

Next Thing: A collection of autobiographical portraits (her grandmother’s lipsticks, horses tied up at her family’s snow-covered farm), which were exhibited at the Rencontres d’Arles in France, will be shown at the Jimei x Arles International Photo Festival in Xiamen, China, in November.

Camera Ready: A documentary on Ms. Tomanova’s career, directed by the Czech filmmaker Marie Dvorakova, is in the works. The project offers an intimate portrait of her photographic career, including the nervous cab ride she took to her first solo show in New York in 2018 and her first trip back home to see her mother in almost a decade.

“Even though my mom is older and doesn’t like to be on camera, she was filmed in the car when she went to pick me up at the airport,” Ms. Tomanova said. “It was so emotional and amazing.”