A designer’s quick change from Bond girls to fighting cancer 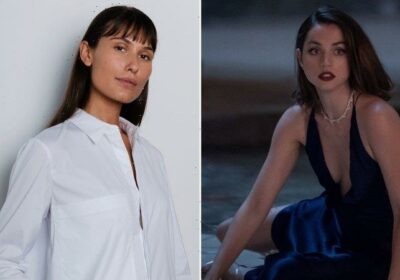 In a liquid navy dress with a killer deep-V neckline and exposed back from Michael Lo Sordo, actress Ana de Armas kicked various butts as James Bond’s sidekick in the film No Time To Die, and with his latest creation the designer has another insidious villain in his sights. Lo Sordo is the latest Australian fashion identity to collaborate with enduring women’s fashion brand Witchery for their annual White Shirt Campaign, which has raised more than $14 million for the Ovarian Cancer Research Foundation (OCRF) since 2000.

“With the Bond dress there is a feeling of strength,” Lo Sordo says. “I want people to feel empowered when they wear my white shirt for Witchery. They will be wearing something that is simple in style but is part of a big and important message. I have had family members that have been ill from this.” 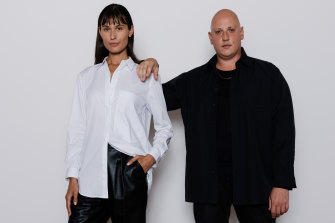 Designer Michael Lo Sordo and a model wearing his white shirt for Witchery, with 100 per cent of proceeds raising money for the Ovarian Cancer Research Foundation.Credit:James Brickwood

For the classic long-sleeved shirt with round hemline, point collar and button-down front, Lo Sordo replaced Bond girls such as Pussy Galore, Honey Ryder and Xenia Onatopp on his mood board with equally strong and stylish Australian women, such as Maggie Tabberer and Ita Buttrose.

“I wanted to find a way to speak to the Witchery customer with a piece that was pared back, no fuss and classic. And when you think of classic, women such as Ita and Maggie T come immediately to mind.”

Last year Toni Maticevksi was the first designer to collaborate with Witchery on the White Shirt Campaign, creating a structured shirt which had to go into reproduction following strong sales.

“It was the fastest-selling white shirt in the campaign’s history,” says Witchery managing director Simon Schofield. “We are hoping for a similar response to Michael’s shirt and are so grateful that he was willing to work with us.” 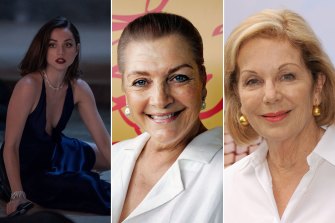 Through the campaign Witchery is the single largest fundraiser for the OCRF, which draws attention to the sixth most common cause of all cancer deaths in females. With no early detection test for ovarian cancer, it has a lower survival rate than both breast and cervical cancer.

“There is so much attention around Michael at the moment that we are sure we can raise more money this year, especially without the lockdown restrictions of last year,” Schofield says.

“It’s a space that we are really interested in and offers us greater opportunities to work with the wider Australian fashion industry,” Schofield says. “We are working with another designer that will hopefully be announced towards the end of the year.”

For Lo Sordo, the Witchery collaboration is an exciting way to explore producing designs on a larger scale, while basking in the James Bond afterglow and preparing for Afterpay Australian Fashion Week in May.

“The Bond success just rolls on and I am so grateful for these opportunities in a tough industry,” he says. “I tend to work on a smaller scale that has more in common with slow fashion, so being able to tap into a larger market working with all the resources at Witchery’s disposal was outstanding. I feel like this is my time, and I am happy to be able to help others along the way.”

The Michael Lo Sordo x Witchery white shirt ($129.95) goes on sale at Witchery stores and online from April 19, with all proceeds going to the OCRF.