5 noteworthy moments from the EMAs you might have missed 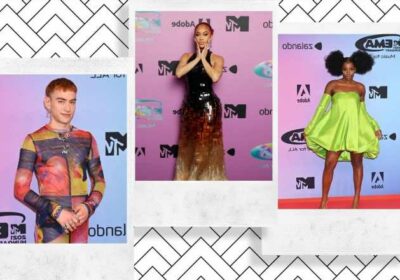 The MTV Europe Music Awards (EMAs) took place for the first time in two years last night in Budapest. Some of Europe’s most acclaimed musical stars attended the event, which was dedicated to the LGBTQ+ community.

It seems that the novelty of the return of in-person events like the EMAs still hasn’t worn off for the guests lucky enough to attend them, as celebrities pulled out all the stops.

Here are five moments from the night that you might have missed.

Saweetie and her many, many looks

The event was hosted by Saweetie, the American rapper known as much for her music as her glamorous red carpet looks. Saweetie made the most of her hosting duties with 11 outfit changes throughout the night. Yes, you read that right, 11 looks in one night.

She started the night wearing a tasseled Givenchy gown, quickly switching into a black lace dress with a matching headdress. Her other looks included a Squid Game tribute, where she wore a green mini dress and was attended by faceless men in red tracksuits. The rapper also dazzled in a slinky nude diamantie dress and a matching head wrap.

Saweetie was all about the sparkle at the EMAs.

Olly Alexander presented the award for Best Video at the awards show and used this opportunity to publicly support same sex adoption, which was banned in Hungary last year.

With one over-the-knee boot and one heeled sandal, has Harlow created a new trend that will perfectly suit the indecisive among us?

Griff and her pearls

Griff tied her look together with face pearls.

The British singer-songwriter Griff has had a very good year, taking home the Rising Star award at the 2021 Brits. She attended this year’s EMAs in a Victorian-inspired pastel dress. The most interesting part of her look was her make-up, however, which she tied into her outfit using stick-on pearls layered up the top of her cheekbone.

Jeny Bonsenge, a Brussels-based dancer who went viral two years ago, wore the colour of the moment with a bright green satin mini dress and matching gloves. Seen dancing on the red carpet on her Instagram stories, Bonsenge is all about making a statement and this look certainly cemented that.