Zach Witman’s parents are speaking out after enduring a horrific tragedy that has haunted them for decades.

It was 1998 when the then-15-year-old frantically called police after hearing a strange sound in the family's Pennsylvania home. Zach had taken a sick day from school and was the only one at the house.

His younger brother Greg Witman was found dead lying in a pool of blood at their laundry room just minutes after he stepped off the school bus. The 13-year-old was stabbed more than 60 times with a penknife and nearly decapitated. 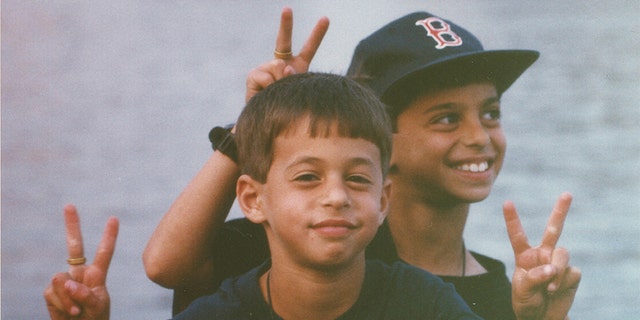 The case of Zachary and Gregory Witman is the subject of a new true-crime documentary on Investigation Discovery.
(ID)

The elder sibling, a high school honor student, was tried, convicted and sentenced to life in prison without a chance of parole for his brother’s murder.

Despite newly uncovered evidence that might have exonerated Zach Witman, he took a plea bargain in 2018 after 21 years of appeals, reversals and professions of innocence, Deadline reported. He was released from prison in 2019.

With credit for time served, Witman was paroled after the U.S. Supreme Court ruled it unconstitutional for judges to automatically sentence minors under 18 to life in prison without parole, People magazine reported. 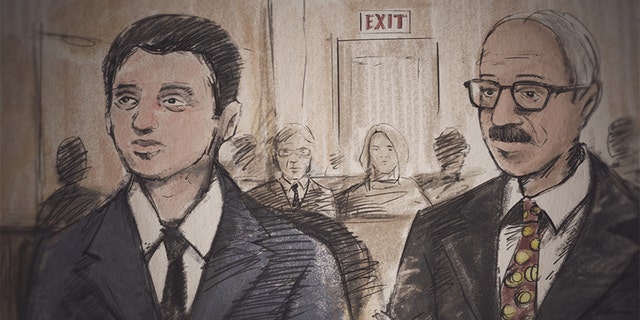 Zach Witman was released from prison in 2019.
(ID)

Now Ron and Sue Witman have come forward to share their story in a true-crime documentary on Investigation Discovery titled “The Witmans,” which has been in the making since 2014. The special was directed by Academy Award nominee David Peterson.

“There’s a reason why I’m doing this,” Sue told Fox News. “I just want people to know there are two sides to everything. We are decent people. Our children are decent people. And we were just a normal family in everyday middle America who was crucified by the press. This can happen to anybody. And how do you ever prepare for something like this? It was devastating.”

According to the matriarch, the now-37-year-old is “unhappy” that his parents chose to participate in the special. However, she hopes the film will capture their decades-long journey in how they coped with losing one child to a brutal murder while attempting to free their last surviving son. 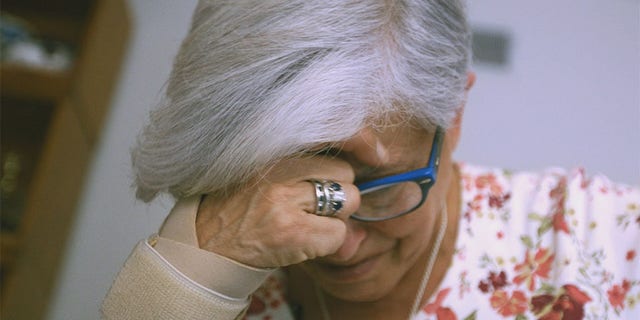 Sue Witman says her son Zach Witman is ‘unhappy’ his parents have chosen to speak out in a new documentary.
(ID)

While Zach Witman is seen in the documentary being released from prison, he doesn’t speak on camera about his brother’s death or his time behind bars.

“He is furious,” she explained. “He’s never wanted this. He told me from the beginning that he wants no more attention than he’s already received… Zach is afraid that because we’re voicing how we feel, it could affect him. I’m unhappy if he’s unhappy. But I want other parents to know that this can happen to them.”

Police, finding no other suspects, arrested Zach Witman, who was quickly charged with the slaying. Murder is one of the charges under the Pennsylvania Crimes Code that allows for a juvenile to be arrested, charged and tried as an adult, York Daily Record reported. 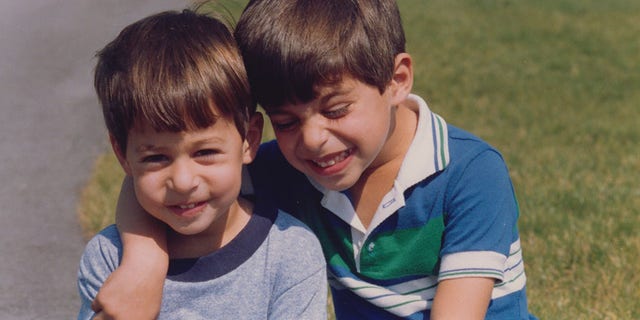 According to Ron and Sue Witman, Zach and Greg shared a close bond throughout their childhood.
(ID)

In the documentary, audiences will learn that the family hired private investigator Jeff Stein who took a closer look at a potential person of interest who "raised red flags" with questionable comments he allegedly made a few weeks before the murder.

An anonymous witness, who claimed she was scared of the individual, alleged the person lived near the Witmans at the time and also carried a pocketknife. She also alleged that he once commented “somebody ought to kill those rich kids and hide the evidence.”

Sue said that despite the discovery, she doesn’t expect this unnamed man to come forward and strongly believes police “are not interested in any outside evidence.” The family is also adamant that Zach Witman has been portrayed as guilty from the start by the local press. 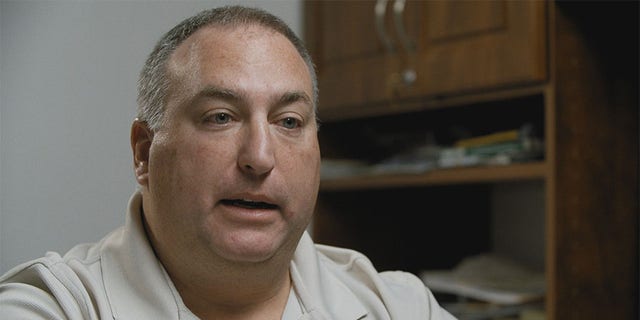 In the documentary, private investigator Jeff Stein took a closer look at a potential person of interest.
(ID)

At the time of Zach Witman’s guilty plea, prosecutor Tim Barker shared with the court a transcript of his confession, in which Witman described a confrontation with his younger brother that led to the stabbing, according to People magazine. Bloody gloves and the murder weapon were later found buried in the backyard.

Still, Stein told the Daily Record that he believed Zach Witman was innocent but took the plea deal because it was a “sure thing,” the outlet noted. Ron and Sue said accepting the deal was the only way he would have been released. They shared Witman is currently attending school and is interested in law.

Ron said that his son won’t discuss the murder. 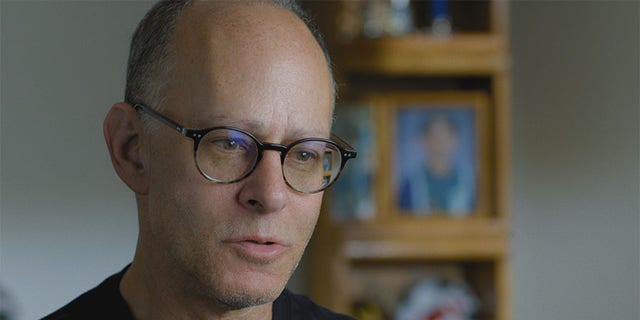 Ron Witman, the father of Greg and Zach, said he suffered from a ‘complete mental breakdown.’
(ID)

“If I ask him if he misses Greg, he’ll say, ‘Yes, very much,’” he shared. “That’s it – three words. They were very different but incredibly close. Greg was was very social and Zach has always been quiet and an introvert. But they protected each other.”

The patriarch pointed out that his son’s trial attorney didn’t call expert witnesses to shed light on how it was impossible for Witman to brutally murder his younger sibling. Ron admitted that the case led to him suffering from a “complete mental breakdown.”

“I read it all – the autopsy,” he explained. “I looked at every picture except for one or two. My knees just buckled. It was bad enough, but when they played it in court, I was just debilitated. And this went on for years. I stopped taking my meds in January of 2003.” 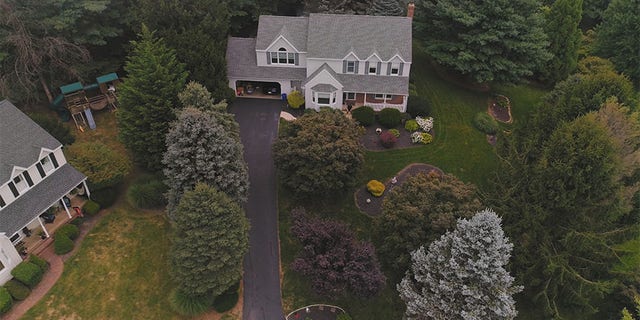 “And when Zach was convicted, probably a couple of days later, I had a breakdown,” he continued. “I would do 110 miles an hour. I was probably trying to kill myself… It took me a long time to recover from that. [My wife] Sue had a lot to put up with. I was just living in another world.”

After living in the same home where Greg was killed for years, Ron and Sue have since moved to a more rural Pennsylvania town where they reside with their eldest son. They stand by him and believe in his innocence.

“I went through it all to have children,” said Sue. “There’s enough reasonable doubt. So what really happened here? We just want to share the other side of the story.” 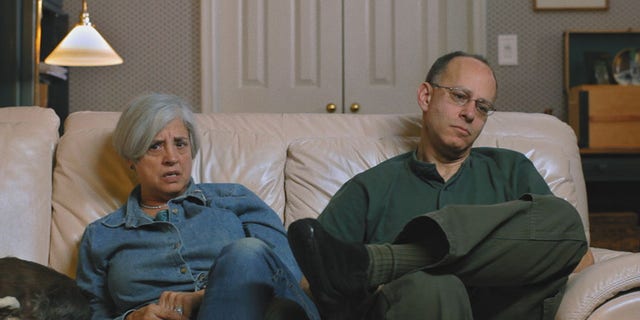 Ron and Sue Witman are standing by their eldest son Zach Witman.
(ID)