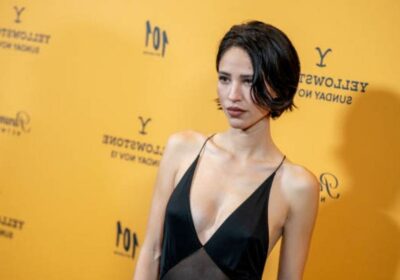 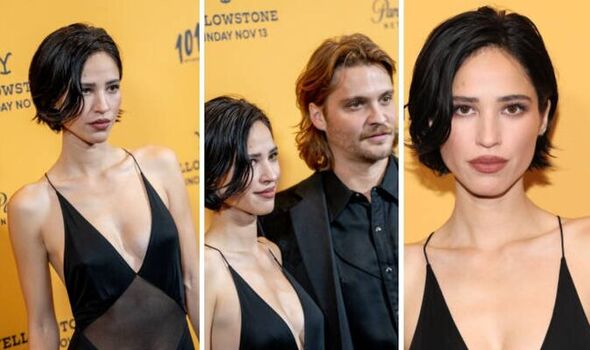 Kelsey Asbille appeared alongside her co-stars for the Yellowstone premier

It comes in time for the fifth season of the show.

Kelsey Asbille, 31, has appeared alongside Luke Grimes and Wes Bentley for the premier of season five of Yellowstone. It came as the cast hit the red carpet in New York.

Kelsey, who is used to dressing in cowgirl garb for the new-western show, changed it up for an elegant spaghetti strap black gown with a slightly sheer diamond over her midsection.

Her short black hair fell to her cheeks, and to accessorise, she opted for several small silver hoop earrings.

The full-length gown also included some sheer sections over her legs and fell all the way to the ground, leaving her footwear hidden.

John Dutton is the patriarch of a powerful family of ranchers

She also wore her locks short down to her cheeks.

The star’s gown covers her footwear.

Kelsey Asbille is also known for starring in other Hollywood productions

She portrayed Gigi Silveri in One Tree Hill and Tracy Stewart in Teen Wolf.

Kelsey Asbille’s career started with Disney in the 2000’s

She featured as Mikayla in Pair of Kings and also guest starred in an episode of The Suite Life of Zack and Cody.