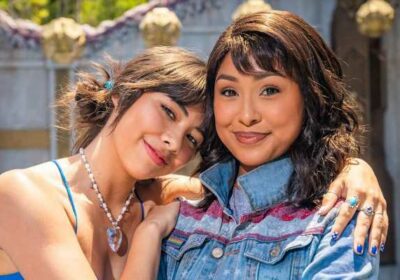 The 16-year-old Doctor Strange in the Multiverse of Madness actress and her character even held some of America’s poses while in Avengers Campus at the Disneyland Resort.

“Met my other self at @disneyparks !!” Xochitl shared on her Instagram story. “The Multiverse gets crazier!!”

If you didn’t know, America is one of the newest Marvel characters you can interact with at Avengers Campus. Wanda Maximoff/Scarlett Witch is also now making appearances in the Marvel-themed land.

Avengers Campus is also in the works at Disneyland Paris, and will open this July. Get more details here!

Xochitl of course plays America Chavez in the MCU, with her first appearance in Doctor Strange in the Multiverse of Madness, which is actually debuting on Disney+ NEXT Wednesday (June 22).

Doctor Strange 2 just passed the 400 million mark at the domestic box office, becoming the 10th MCU title to achieve this, according to Deadline.

The film is also the second highest grossing movie of 2022 to date, only behind Top Gun: Maverick.