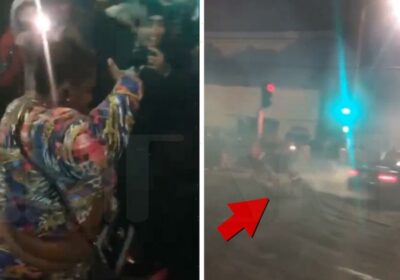 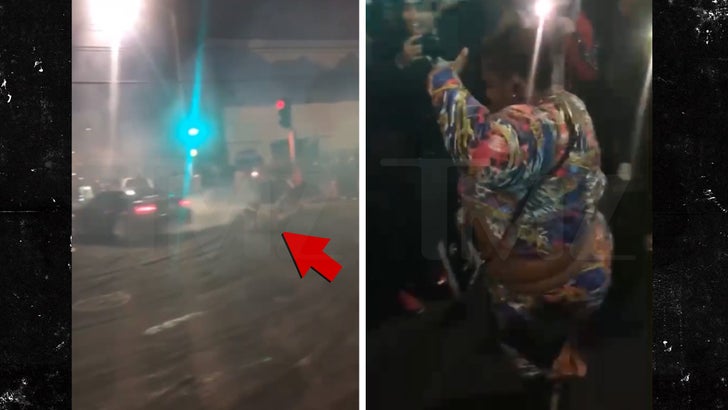 A woman walking in the middle of a street sideshow got launched into the air when a car hit her, but miraculously … she walked away!

The crazy incident went down Sunday night in Oakland where what appears to be a souped-up Pontiac was burning rubber. In the middle of laying down a donut, the driver made serious contact with the woman.

She, and others, were clearly risking life and limb by standing so close to the action.

You can see she tried to brace for the impact but it did her no good … she immediately went airborne and spun in the air before crashing down hard on the pavement — her shoes even went flying.

The miraculous part … the stunned crowd can’t believe she gets up as if nothing happened. That might have been the result of adrenaline, but she did walk away … seemingly okay.

She definitely woke up sore Monday morning, at the very least.