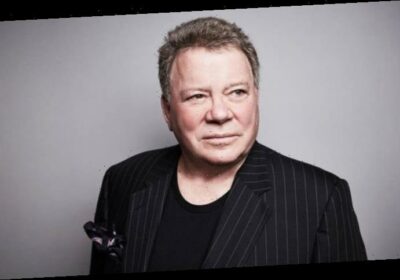 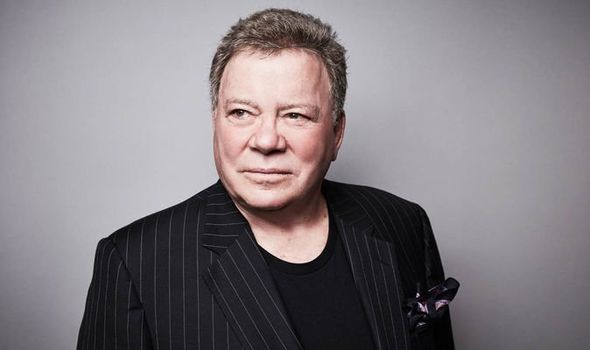 “His name is Clive – have you ever heard anything more British? I can see him with a bearskin hat on, saluting the King or Queen. Who will that be, I wonder. Will he have red hair or not?” Speaking to Shatner is an invigorating experience. Despite turning 90 last month, he is fizzing with fun. Just where does that unflagging joie de vivre come from? “There’s a little French store down on the corner where they sell joie de vivre,” he deadpans. “You go in, and it’s gradually absorbed.”

Speaking from his home in Los Angeles, he expands on his light-hearted approach to life: “You live, and you die, and then there’s the stuff in between. On one level, you have to take it seriously, but on another, you have to see the humour in the human condition. The more you can see the absurdity, the better it is.

“We live like it’s important, then we die, and we are forgotten, and it’s not important any more. Everything that happens is like a storybook and you’re reading your own story as you live it. If we can keep that in mind, we’ll be fine.”

Shatner still has the energy that men half his age would envy. You might think that at 90, he’d have used lockdown as an excuse to kick back a little and relax. In fact, he’s been working on his horsemanship.

Just two years ago, Shatner and his horse Track Star won a title at the Kentucky State Fair Horse Show. His passion for all things equine is underlined in Spirit Of The Horse: A Celebration In Fact And Fable, the book he wrote in 2017.

“I’ve become a much better rider,” he says proudly. “One of the things where I made a giant leap is my ‘seat’ while riding, because I’m able to go frequently and focus on that horse.” 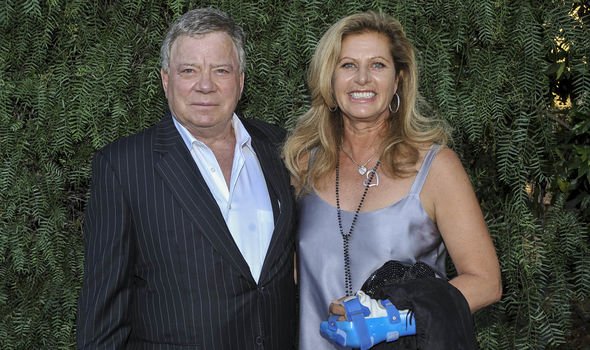 His artistic creativity is equally unquenchable. If anything, he has become even more productive than usual during lockdown.

“Let me tell you why,” says Shatner, who was divorced from fourth wife Elizabeth in January last year and has three daughters, Leslie, Lisabeth and Melanie from his first marriage to Gloria. “I’ve been able to focus on things so there’s no extraneous noise or people.”

“I’ve been in a creative frenzy for a long time. While the pandemic was going on, I collaborated with a poetic friend from New York and we have got this glorious new album that we will release in the summer.

“At a time when I should be picking the food drops off my shirt, I’m creating lots of new things. It’s amazing.”

He has also written a book entitled Awe and Wonder about the unity of nature.

“It all evolved,” he says. “At least that’s my opinion – it wasn’t created in one go. It all started with slime. Now we know that slime has some intelligence that sends it in search of food and light. Slime, for God’s sake, slime! The world should excite awe and wonder in us. Why aren’t we holding the Earth in the cups of our hands and treasuring it rather than trying to exploit it as much as we do?” 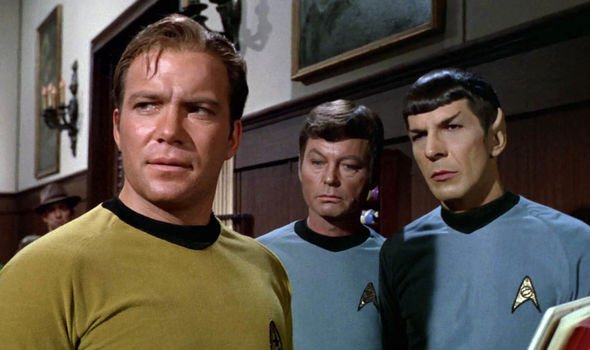 The flamboyant delivery belies a serious concern about the consequences of climate change and habitat destruction for his great-grandson’s generation.

“Am I worried about the future of our planet for Clive? Yes, very much so, and I want us all to do something about it,” says ruction Shatner.

“I weep for the destruction all around us. Elephants are threatened – 60 percent of them have gone in the last 10 years. Elephants! The most magnificent animals to have ever evolved. Who knows what intelligence they have?

As if he wasn’t busy enough, he has also been making a new series, The UnXplained with William Shatner, in which he investigates some of the world’s greatest unsolved mysteries. In next Wednesday’s first episode, Island, he examines the curse of Oak Island. People have been searching in vain for buried treasure on the Canadian island for 200 years, often with fatal consequences. Local mythology has it that the treasure is protected by a deadly curse.

Shatner elaborates on why treasure hunters continue to put themselves in danger. “Are they risking their lives? One thing is certain: so far six men have died searching for the answer, and according to legend, one more will have to die before what lies buried there can be found.” 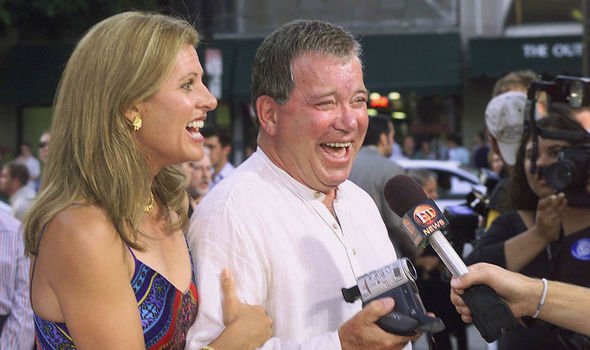 The series taps into our ceaseless fascination with unsolved mysteries. According to the presenter: “Everything is a mystery. I could go on forever about the things I don’t understand. What is in Einstein’s brain? What is in a cup of coffee? What on earth is rap? We are surrounded by mystery and the unexplained.

“I read a lot and quite often I call the production company and say, ‘Here’s an idea about something I don’t understand.’ How did the Polynesians navigate the Pacific Ocean in open canoes and find small islands like Hawaii and Tahiti while Europeans sailing there for 200 years with large ships and sextants couldn’t find anything?”

He adds: “How did more primitive civilisations than the ancient Egyptians use heavier, bigger stones than those found in the pyramids? Modern engineers have no idea how the stones were lifted, brought to those locations and sculpted. How the heck did they do that?”

A later episode of The UnXplained explores the myths surrounding werewolves and vampires. Never a minute away from the next joke, he has his own explanation for early man’s belief in werewolves.

“When the wolves were baying and the lions were growling, as he huddled around his fire, maybe primitive man thought, ‘That glint of light is not a big cat stalking me. It’s something out of this world’.

“Then as the big cat crunched his skull, he thought, ‘Actually, it was a big cat all along’. That’s his dying thought. ‘Oh s***! I didn’t have to worry about a werewolf at all. I had to worry about a big cat!'”

For all his success as a musician, poet, television presenter and horseman, he is still best known for playing Captain Kirk in three seasons and seven movies of Star Trek. The role turned him into a global star, referenced in everything from The Simpsons to Fight Club.

Fifty-five years after it was first broadcast, the show remains beloved. It has spawned a world of tributes, from spoof movies such as Galaxy Quest to Klingon-themed weddings – “It’s a marriage ceremony, Jim, but not as we know it.”

The UK is just one of scores of countries where Shatner is regarded as a living legend, and one of the last countries he visited before lockdown.

“I was in London this time last year, just before everything closed down,” he says. “I had a show on a Monday night at the Apollo Theatre with a sold-out audience of 3,500 people.

As he lay in bed that morning, he heard Prime Minister Boris Johnson announce that in a few days tough new pandemic rules would be introduced. 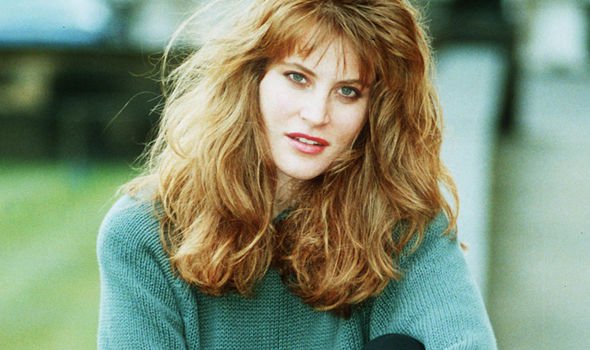 “So I got up, got into the limo and went to the theatre thinking, ‘Will anybody be there?’

“I went through the curtain onto the stage and 3,500 people were waiting for me.

“It was a glorious evening in the theatre when we all laughed and cried. It was a memorable, enchanting time, just as the world closed down.”

And now, as some of the world starts to think about reopening, Shatner can’t wait to get out there and engage again.

“You and I are having a laugh and exchanging information,” he tells me. “We are talking now, we talked when you last interviewed me 10 years ago, and I’m hoping we can talk in another 10 years as well. Why would I want to retire from that?”

It’s clear that William Shatner is still eager to boldly go where no man has gone before.

The UnXplained with William Shatner is due to air on Wednesdays at 9pm on Blaze from April 14.