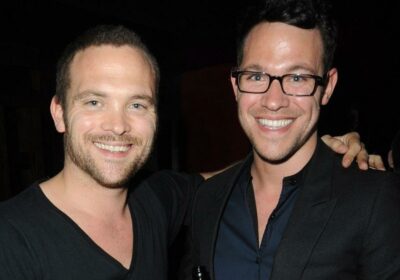 Will Young has shared his heartbreak over kicking out his twin brother Rupert just a week before his death.

The pop star's brother killed himself almost two years ago after a lengthy battle with depression and alcoholism.

In a Channel 4 documentary, Will, 43, opened up on the struggles he faced looking after his twin brother as his situation worsened.

"Other people will be experiencing this and I don't want them to feel alone."

In July 2020, a week or so before Rupert's death, Will reported him as a trespasser and had him removed from his home.

"You've got this monster who's not moving. So the only thing was to throw him out but also to be aware he might end up killing himself. I was OK with everything I'd done to try to help him."

Rupert was admitted to hospital just days after leaving Will's home in July 2020. Three days later he discharged himself and fell from Westminster Bridge.

Will later admits: "I had a big moment where I realised I couldn't save him and that brought a whole lot of grief. Now I just feel very grateful that I got 42 years with him."

For decades, Rupert struggled with mental health issues, including depression and PTSD.

In 2005, after a stay at a facility in Arizona, he was diagnosed with dysthymia, a chronic form of depression causing low mood.

After three years of sobriety, a break up caused Rupert to start drinking again, eventually moving in with Will in 2016.

From then on, Will was essentially his carer.

In the documentary, Will shows cameras around the room Rupert stayed in while living at his house.

"This is the sitting room where Rupert slept," he says.

"My day would start, I would come in, check that he was alright. I'd normally have to clean up some sort of mess. Normally it would be sick, he normally would have peed on the sofa."

Tearful, he continues: "I would have to go and get more beers and codeine because he was addicted to painkillers."

Will also explains in the documentary that this was an almost life-long issue for his twin brother, saying he struggled with alcohol "probably from about the age of 18".

If you have been affected by this story, you can call the Samaritans on 116 123 or visit www.samaritans.org.

For the latest showbiz reports and breaking news, sign up to OK!'s daily newsletter here.