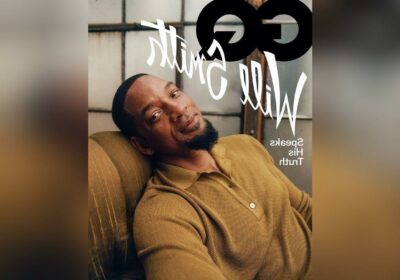 The ‘Fresh Prince of Bel-Air’ actor dreams of traveling across the globe with a group of women he could dote over when he’s asked about his fantasy in a new magazine interview.

AceShowbiz –Will Smith would love to travel the world with a harem of women, including Halle Berry and Misty Copeland.

The movie star has opened up about his unconventional 23-year marriage to Jada Pinkett Smith in a revealing new GQ interview and candidly explains he worked with an intimacy coach to help him deal with relationship issues.

The expert, Michaela Boehm, asked Will to be open about his fantasies and he told her he’d like to travel with a group of women he could love, cherish, and adore.

“I don’t know where I saw it… but the idea of travelling with 20 women that I loved and took care of and all of that, it seemed like a really great idea,” he tells the publication, adding he quickly went off the idea.

Will also addressed rumours suggesting his marriage to Jada Pinkett Smith is non-monogamous, telling GQ, “Jada never believed in conventional marriage… Jada had family members that had an unconventional relationship. So she grew up in a way that was very different than how I grew up.”

“The pursuit of truth is the only way to be happy in this lifetime and we sort of came to the agreement that authenticity was the release from the shackles of fame and public scrutiny.”

“We have given each other trust and freedom, with the belief that everybody has to find their own way… I don’t suggest our road for anybody… but the experiences that the freedoms that we’ve given one another and the unconditional support, to me, is the highest definition of love.”